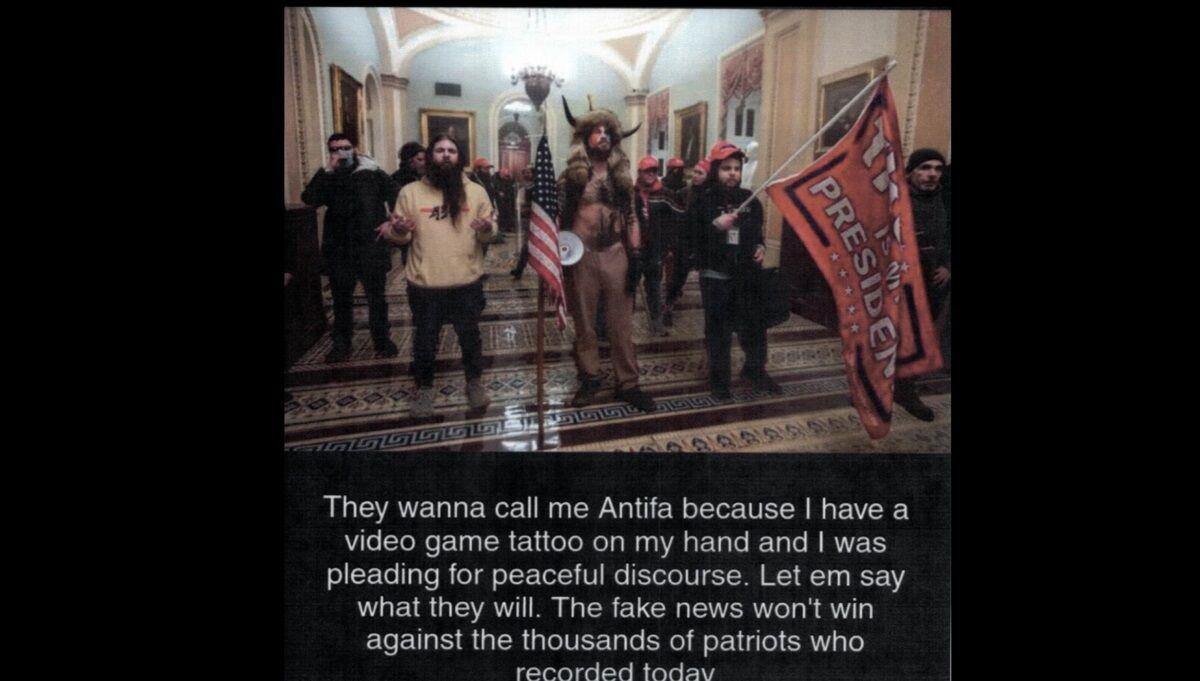 A scan of a social media post William Watson made, as presented in an effort to revoke Watson's bond. 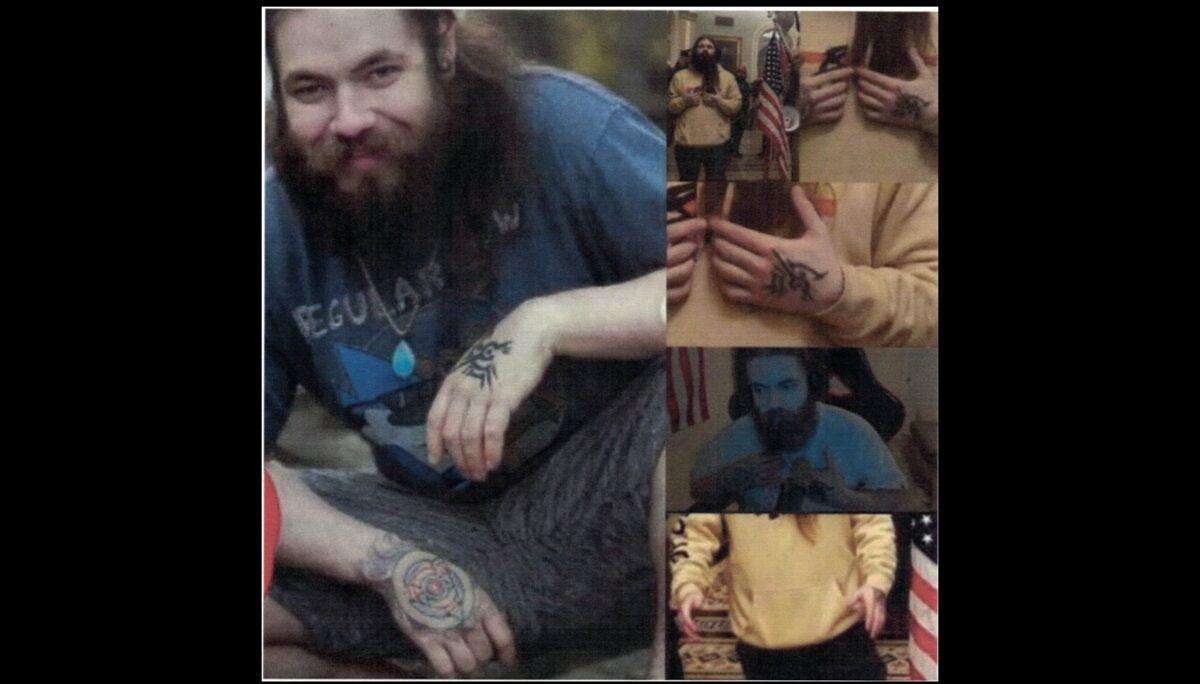 A compilation of photos of William Watson from his social media and pictures taken at the Capitol on Jan 6. The photos were presented as part of an effort to revoke Watson's bon Monday.

An Alabama man who took part in the violent riot in the U.S. Capitol last week posted on social media that he has falsely been accused of being part of antifa, a political movement known for its militant opposition to fascism and right-wing ideology.

Prosecutors presented William Watson’s Snapchat post in court Monday in a hearing to revoke the man’s bond on previous charges.

Watson, who is from Auburn, according to the Opelika-Auburn News, also appeared to blame “fake news” for identifying him as a left-wing activist.

It’s a variation on the “fake news” argument coined by President Donald Trump, an accusation he’s traditionally lobbed at news reports seen as favorable to liberals.

The Washington Times did incorrectly report last week that facial recognition software had been used to identify antifa members leading the insurrection at the U.S. Capitol. The publication has since said that information was incorrect and has issued an apology for the error.

But lawmakers and social media commenters across the nation have, without verifiable evidence, embraced the theory that antifa activists caused the violence.

In Watson’s case, conspiracy theorists honed in on a tattoo of his hand, saying it represented his tie to the group.

Fact checkers have pointed out that Watson’s tattoo is actually a symbol from the video game Dishonored 2.

The full text of Watson’s Snapchat message: “They wanna call me Antifa because I have a videogame tattoo on my hand and I was pleading for peaceful discourse. Let ‘em say what they will. The fake news won’t win against the thousands of patriots who recorded today.”

Watson can be seen in photos inside the Capitol building the day of the riots next to known QAnon conspiracy theorist and Trump supporter Jake Angeli, who wore a fur hat with horns while shirtless, and a man waving a Trump flag and wearing a Trump hat. Angeli has also been falsely accused of belonging to Antifa.

Law enforcement were able to identify and apprehend Watson in part by comparing images of his participation at the Capitol riots with those from his personal social media accounts, according to court documents, though many of Watson’s accounts have since been deactivated including his Twitter, Instagram and Twitch.

Watson was previously arrested and charged July 2, 2020, for trafficking marijuana, trafficking LSD and two counts of possession of a controlled substance, and police said he was in possession of over 2.2 pounds of marijuana and over 4 grams of LSD, according to court documents.

Though it is currently unknown what new charges Watson faces, acting U.S. Attorney Michael Sherwin said federal agents have already identified 170 individuals believed to have committed crimes at the Capitol, with 70 of those individuals having been charged with crimes ranging from misdemeanors to felonies.

The Opelika-Auburn News contributed to this report.

Biden: US troops won't be moving into Ukraine

Biden: US troops won't be moving into Ukraine

What are these weird looking 'spider formations' that were spotted on Mars?

What are these weird looking 'spider formations' that were spotted on Mars?

Woman trying to save her dog was hit, killed on I-40 in Morganton

A woman who was trying to save her dog when it ran into traffic was hit and killed by a vehicle Saturday night on Interstate 40.

Though the risk to people is low, officials say the disease can pose a threat to commercial and residential poultry flocks.

Grizzlies in the Lower 48 walk a political tightrope

As the grizzly population has grown, so too has the political divide in the country and Montana. How will polarization shape the future of grizzlies, a species that can be both revered and divisive?

As snow and sleet roll across North Carolina, Gov. Roy Cooper and emergency management officials are scheduled to share an update at noon on i…

A Surry County woman's ordeal began when a man asked her for a ride; a series of events led her to being kidnapped, stabbed and burned.

DOBSON — The ordeal of a Surry County woman who was kidnapped, stabbed and burned began when she received a phone call from a man on Nov. 30, …

Raised in Durham, André Leon Talley's relationship with Vogue started at Duke University, where his grandmother cleaned dorms; He would walk to campus in his youth to read the magazine.

BREVARD — Heavy snow during a winter storm Sunday caused part of a roof to collapse on a dorm at Brevard College, but all 50 students inside g…

What went wrong to leave thousands stranded on I-95 in Virginia? Officials scramble to address crisis.

Thousands of people were left stranded Tuesday along a 50-mile stretch of Interstate 95 that snakes through Northern Virginia — a chaotic backup that came after an atypical snowstorm left government officials unable to clear the roadway.

A scan of a social media post William Watson made, as presented in an effort to revoke Watson's bond.

A compilation of photos of William Watson from his social media and pictures taken at the Capitol on Jan 6. The photos were presented as part of an effort to revoke Watson's bon Monday. 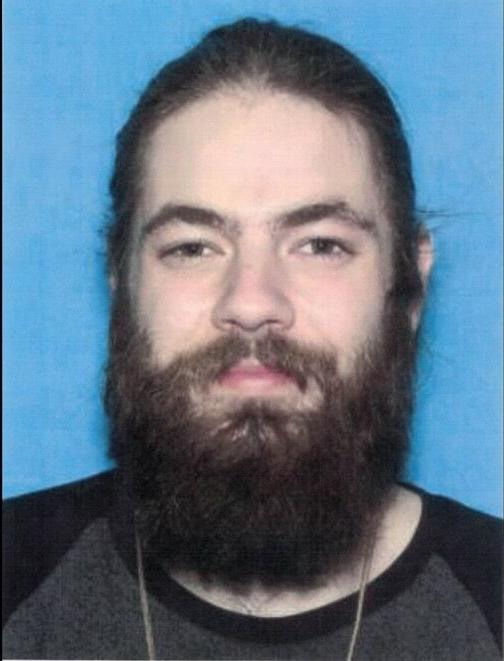