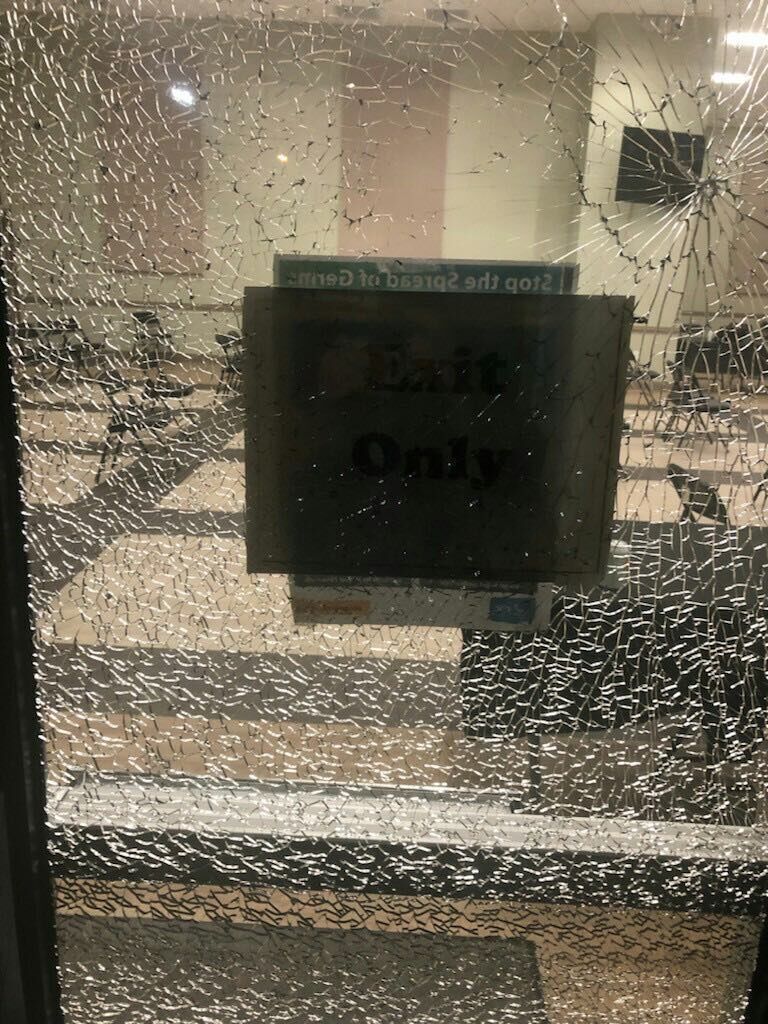 A door to the Career Academy & Technical School where Iredell-Statesville Schools held Monday's meeting was broken by protesters outside in Troutman on Monday. 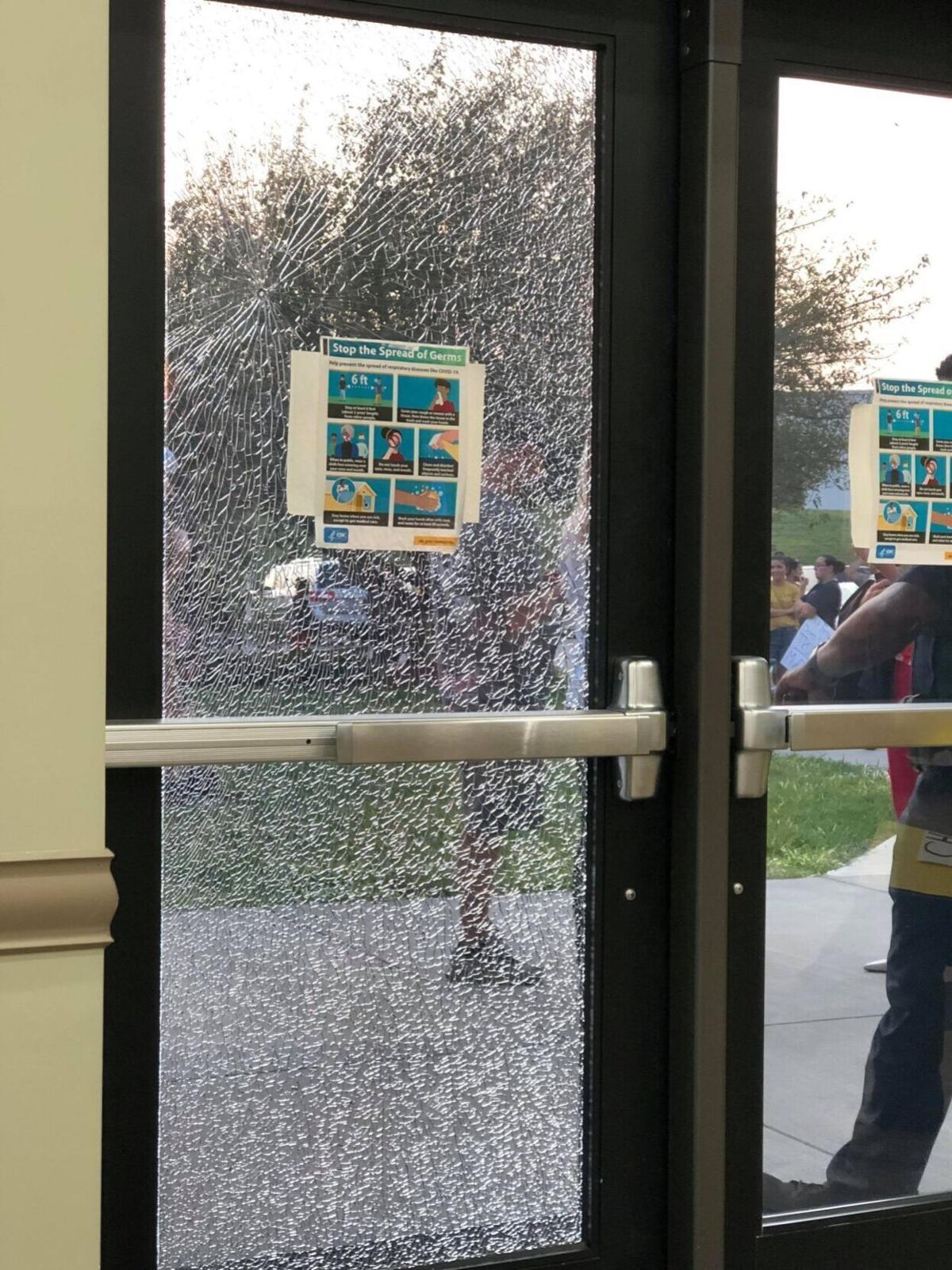 A door to the Career Academy & Technical School where Iredell-Statesville Schools held Monday's meeting was broken.

A glass door was broken by a protester during the Iredell-Statesville Schools board meeting Monday and there were repeated interruptions during the public comment period.

Many of the more than 100 protesters were there to speak out against the school board's decision to require students to wear masks. That decision to require masks with few exceptions came last week after the school system switched five schools to virtual learning and more than 1,800 students were quarantined across the entire school district after potential exposure to COVID-19.

That number rose to 2,065 as of last Friday, roughly 10% of the system's student population. The district reported 216 students either tested positive or showed symptoms of COVID-19 while 35 teachers did as well.

Troutman Town Manager Ron Wyatt said the Troutman Police Department had a description of the man believed to have broken the door and would use video evidence to confirm the identity. Those outside the meeting said they saw a man with a ring beating his hand on the door before it broke as well. Earlier, a woman had been seen using a Bible to hit the door to show when she agreed or disagreed with the speakers inside, according to Wyatt, but she was not believed to be the person responsible for breaking the door.

Wyatt didn't speculate if the protester had been for or against the mask mandate. Several anti-mask protesters said the person wasn't associated with them.

The Troutman Police Department had assigned four police officers to the meeting in anticipation of the protests, Wyatt said.

During the commotion after the door was broken, one board member was heard making a motion to dismiss the meeting. Several protesters called the board cowards, but the motion did not get a second as order was restored, at least temporarily.

The majority of public speakers were against the mask mandate; however, there were several speakers who supported the school board's decision to have students wear masks. Anti-mask protesters interrupted at one point by singing "Amazing Grace" during the public comment section of the meeting while several others were told to leave the meeting if they continued to disrupt the proceedings.

The protesters against the school board's decision to require masks were also seen harassing some of the speakers who supported the mask mandate once they left the building.

UN secretary general says 'the world must wake up'

UN secretary general says 'the world must wake up'

Gambling bill moved to committee in the North Carolina House

State officials urge public to be aware of dangers around railroad tracks, crossings

In North Carolina this year, there have been 34 crossing crashes, resulting in six fatalities and eight injuries. Additionally, 20 known incidents of people walking on tracks resulted in 11 fatalities and six injuries.

Rep. Madison Cawthorn accused of having knife at NC school board meeting about masks

RALEIGH — A North Carolina school system contacted a sheriff’s office after a report that U.S. Rep. Madison Cawthorn brought a knife to a scho…

NC man charged with shattering door during school board meeting

The Troutman Police Department arrested a Mooresville man Thursday who is suspected of breaking a glass door at the Iredell-Statesville Schools meeting on Tuesday night.

Sep. 17—If you've ever wanted to be in the movies or on TV, and you live in the Wilmington area, there's never been a time quite like the present. The near-record number of film and TV productions in Wilmington, along with the requirement that all workers on set be vaccinated against and regularly tested for COVID-19, is causing a hiring crunch as casting agents desperately search for people ...

A door to the Career Academy & Technical School where Iredell-Statesville Schools held Monday's meeting was broken by protesters outside in Troutman on Monday.

A door to the Career Academy & Technical School where Iredell-Statesville Schools held Monday's meeting was broken.