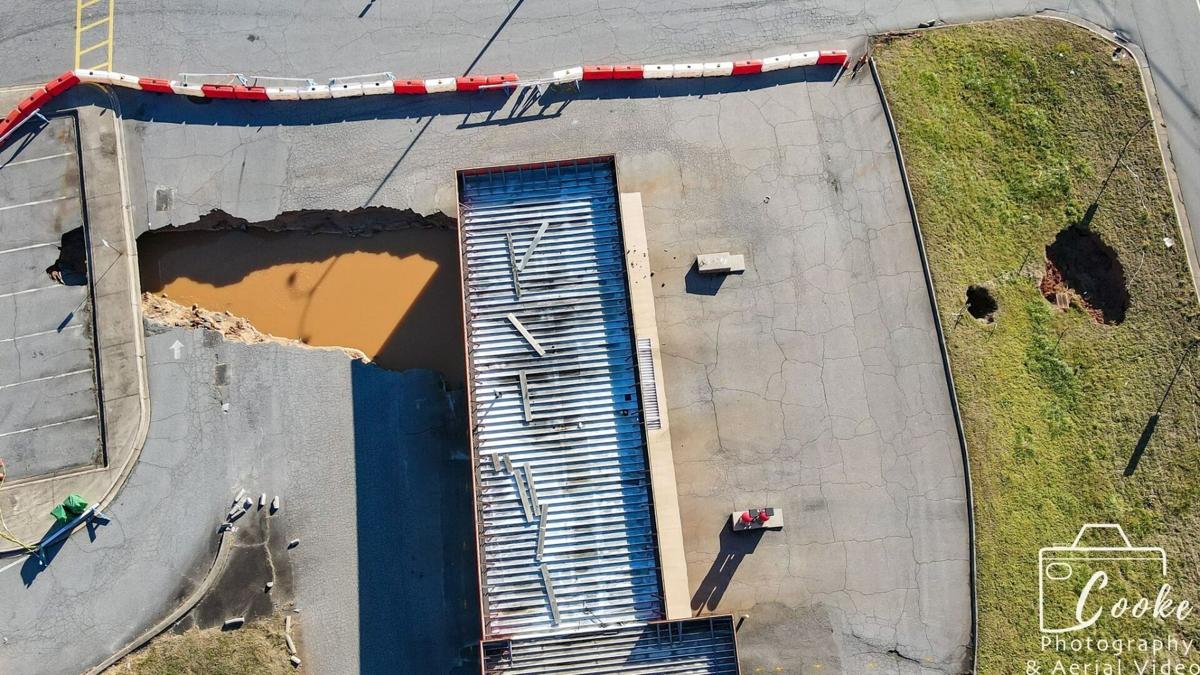 A smaller hole can be seen to the right in the grass next to Sanford Drive. 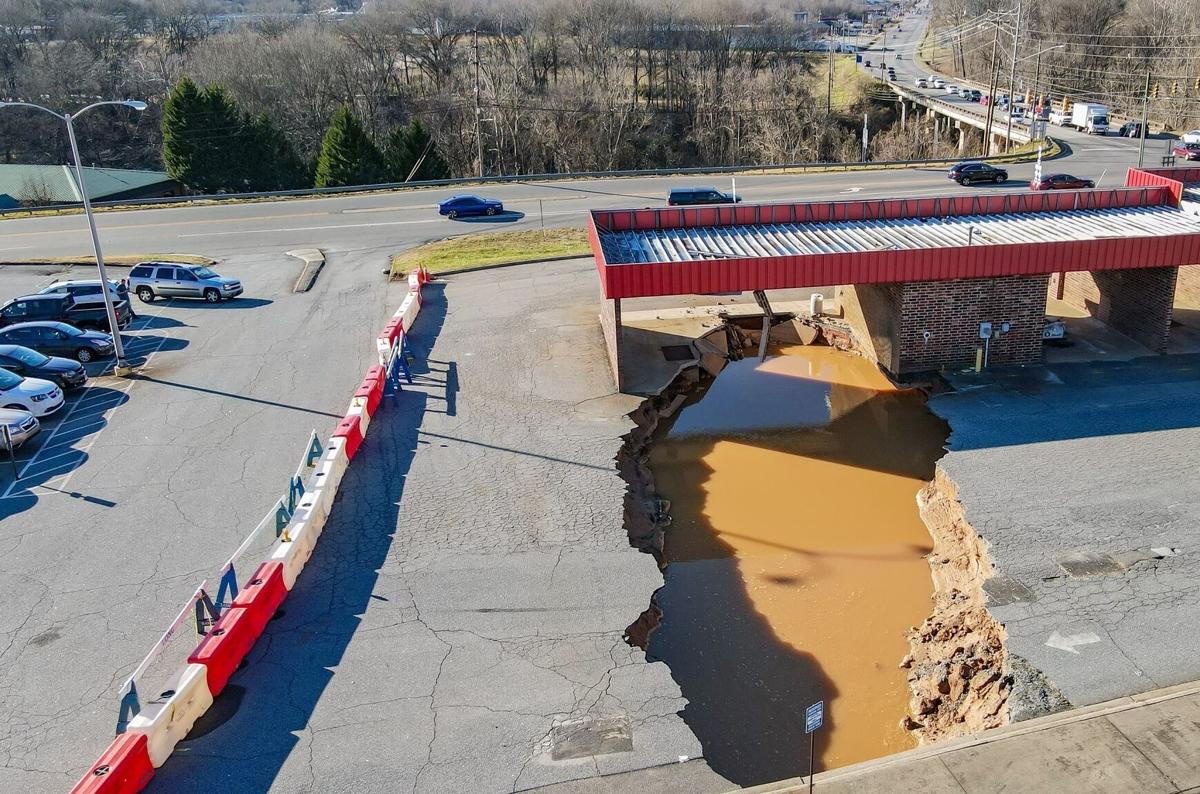 This sinkhole at the Morganton post office and the adjacent carwash has destroyed two bays of the carwash. The U.S. Postal Service says repairs are slated to begin this month.

Nearly two months after a sinkhole opened up in the parking lot at the Morganton, N.C. post office, repairs are set to begin.

Officials with the city said Morganton bears no responsibility in the problem, adding that it is a “private drainage issue” and that an engineer out of Greensboro was handling the project for the post office.

The sinkhole is near post office entrance off N.C. 181, but N.C. Department of Transportation spokesperson David Uchiyama said it is outside the department’s right-of-way and on private property.

Aerial photos provided to The News Herald of Morganton by Cooke Photography and Aerial Video show the sinkhole has compromised a self-carwash next door to the post office. The photos show the sinkhole is about the width of two of the carwash bays and has collapsed the ground beneath and the wall between those two bays.

Biddix said the situation likely will result in a teardown of his building, followed by a decision either to rebuild or sell the lot.

In addition to the two destroyed bays, Biddix said the equipment room next to them likely will be gone the next time the area receives a good rain.

Justin Epley is a staff writer for The News Herald. He can be reached at jepley@morganton.com.

(TNS) — “I hope your businesses burn and rot in hell,” said the caller on the voicemail recording to Amazing Glazed doughnuts in Chesapeake, V…

Two wanted for murder after shooting at NC furniture business. Witness: One suspect worked at the shop.

Two Alexander County residents are wanted in connection with a shooting that left a woman dead at the furniture business TCS Designs on Wednesday afternoon.

An Alabama man who took part in the violent riot in the U.S. Capitol last week posted on social media that he has falsely been accused of bein…

COLUMBIA, S.C. — The South Carolina Statehouse is closing for five days after the FBI warned capitols in every U.S. state could be targets for…

ATLANTA — The coronavirus vaccines have been rolled out unevenly across the U.S., but four states in the Deep South have had particularly dism…

(TNS) — The TV show American Pickers will be filming in North Carolina in March, and they're looking for people with large antique collections…

Former Greensboro athlete killed in crash. The driver, who also died, was being pursued by troopers.

Naseem Alston was in a vehicle driven by a Greensboro man that was being pursued by Highway Patrol troopers, a spokesman said.

The Asheville Police Department warned the community Tuesday that it suspects a dangerous batch of fentanyl could be circulating in the area.

A smaller hole can be seen to the right in the grass next to Sanford Drive.

This sinkhole at the Morganton post office and the adjacent carwash has destroyed two bays of the carwash. The U.S. Postal Service says repairs are slated to begin this month.