One person injured in three-vehicle crash on U.S. 52 South in Winston-Salem

Need to let out some steam? This Virginia business will let you break stuff and do just that.
0 comments
Share this 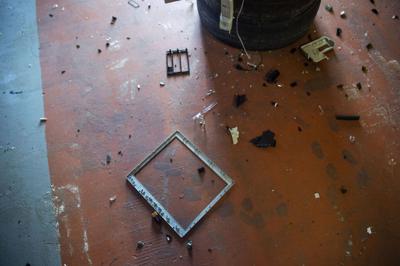 Ever had a moment where you really wanted to break something? Now you can at a new rage room opening in Lynchburg, Virginia, in May.

Staci Davis, co-owner of Ahh Smash It, said the new business is a rage and smash room where people can come and let off any stress, anger or just have fun.

She said the smash room provides a safe environment with coveralls, hard hats and safety goggles and then customers are free to demolish items, such as glassware; and electronics, such as speakers and TVs.

“It’s OK to break loose sometimes, we understand that everyone has things they keep inside and it’s OK to let it all out sometimes and we want people to have fun and we wanted to offer a way to be helpful to the community,” she said.

The business offers three packages and levels of smashing for various time frames. She said the rooms are available for groups or solo smashing.

Davis said she and fellow co-owners DJ Best, Desha Best and Nick Anderson, saw the concept on TV one day and thought it would be a great concept to bring to Lynchburg.

“Everyone is still dealing with the effects of the pandemic and we thought it would be a different type of fun and a safer way to deal with some stress,” she said. “Because I think everyone has had that moment where they wished they could break something. So we’ll do it and clean it up for you.”

The smash room is in the Forest Hills Shopping Center at 2820 Linkhorne Drive and opens May 14.

“... I think everyone has had that moment where they wished they could break something.”

Trillions of cicadas about to emerge

A Watauga County sheriff's deputy was fatally shot Wednesday afternoon and a second deputy was also hit by gunfire while conducting a welfare check at a Boone home, authorities said.

Black bears are becoming more common in NC. Here's how to live with them in peace.

Your chances of encountering a bear in North Carolina are as great as they’ve ever been.

The mother of a 5-month-old baby who died after being left in a car for several hours Sunday is facing a manslaughter charge.

A Chesterfield County teen was sentenced Wednesday to serve 35 years in prison for manipulating a close friend to kill a young Richmond man, two days after she claimed the man had raped her. The defendant, however, admitted after her conviction that she lied about a sexual assault.

Calls for justice at NC funeral of Andrew Brown Jr. in Elizabeth City

Authorities say a 2-year-old missing from Virginia was found was located shortly after 1 p.m.

US officials: Anxiety drove vaccine reactions in 5 states, including NC

NEW YORK (AP) — It was anxiety — and not a problem with the shots — that caused fainting, dizziness and other short-term reactions in dozens o…

BRISTOL, Va.—A grand jury in Bristol, Virginia, has indicted a city police officer on a murder charge in connection with a fatal officer-involved shooting.