Yes, those are Wranglers Freddie Mercury is wearing in 'Bohemian Rhapsody'
0 Comments
Share this
By Carl Wilson

GREENSBORO — In the final scene of “Bohemian Rhapsody,” the big-screen biopic of singer Freddie Mercury and the band Queen, actor Rami Malek portraying Mercury struts around stage in front of thousands in a recreation of the 1985 Live Aid concert in London.

With the leather tag and the signature "W" stitching on the back pocket, the skin-tight jeans worn by Malek are unmistakable. They're Wranglers.

The depiction is accurate. Mercury became a fan of the Greensboro label when he shed his 1970s glam-rock look for a tough-guy image, including shorter hair and a mustache.

Inspired by the renewed popularity in Queen the film has instilled, Wrangler created a limited-edition line of jeans-wear called The Bohemian Rhapsody Collection featuring pants, jackets and t-shirts emblazoned with lyrics from Queen songs.

Items from the collection are on sale at Wrangler’s pop-up shop at the corner of Elm and Washington streets.

Long before Wrangler jeans were associated with being hip, the company’s brand was synonymous with cowboys. In the 1940s, professional rodeo stars Jim Shoulders, Bill Linderman and Freckles Brown wore Wrangler. The brand was officially endorsed by the Pro Rodeo Cowboy Association in 1974.

Mercury became a fan of the Greensboro-based label when he shed his 1970s glam-rock look for a tough-guy image, including shorter hair and a m…

“Bohemian Rhapsody” is not the first film that's featured the Wrangler brand. Wrangler supplied the clothing for the cast of 1992’s “Pure Country” starring singer George Strait. Wrangler has a collection inspired by that film as well.

While Wrangler's parent company VF Corp. is moving to Colorado, Wrangler will remain in Greensboro and combine with Lee jeans to form a new company, which VF has temporarily dubbed NewCo. (Information has been corrected to fix an error. See correction at end of story. 9:30 a.m./Nov. 28, 2018)

As for today's singers who pack arenas, few can rock Wranglers like Mercury did in 1985.

Correction: While Wrangler's parent company VF Corp. is moving to Colorado, the brand will remain in Greensboro. Information was wrong when the story first published at 6 p.m. Tuesday. 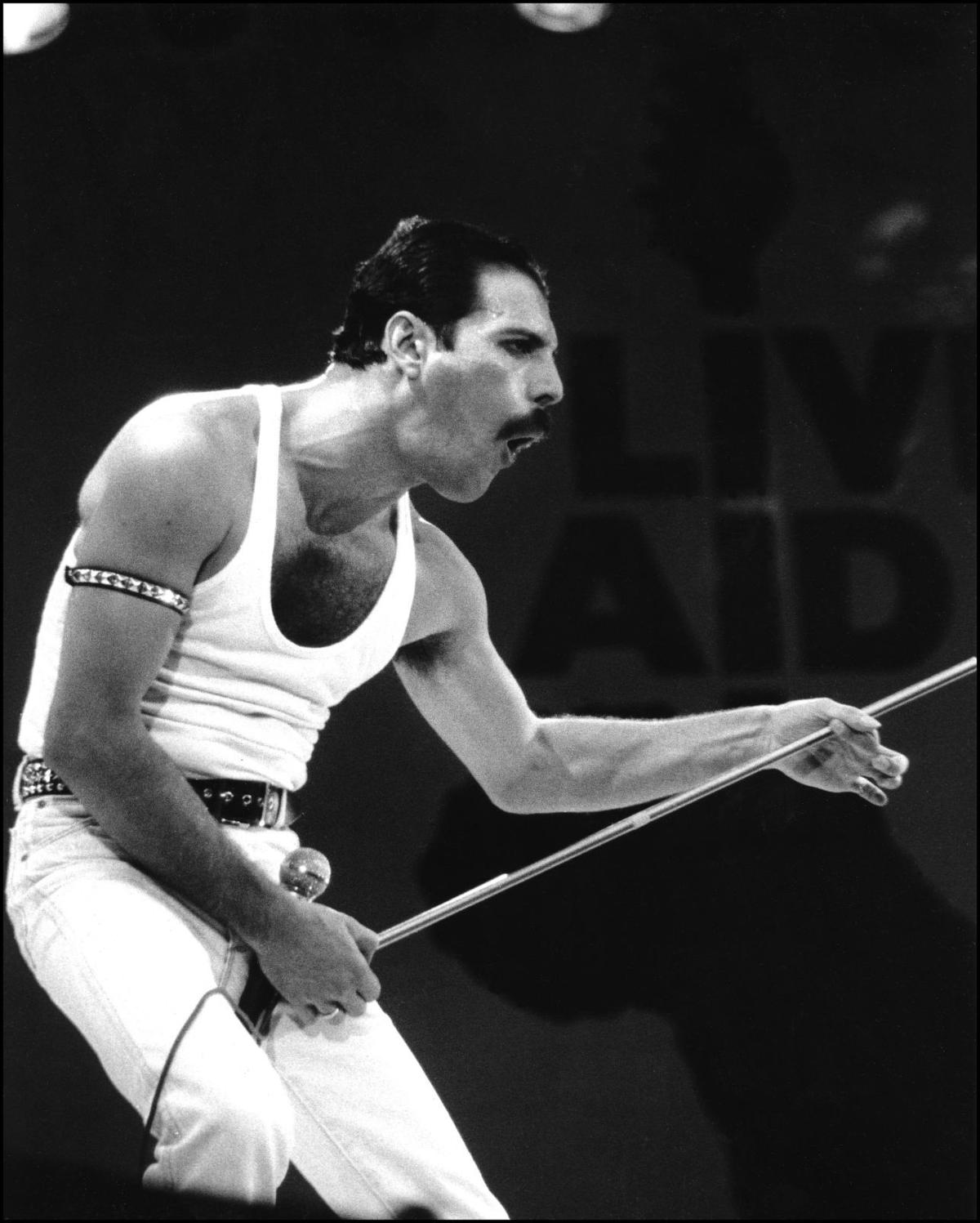 Mercury became a fan of the Greensboro-based label when he shed his 1970s glam-rock look for a tough-guy image, including shorter hair and a mustache.