The Appropriations Act of 2013 would designate $7.85 billion for 2013-14 and $8 billion for 2014-15, an increase over current funding levels but a shortfall compared with what would be needed to maintain current programming levels.

The House will next take up the spending plan.

The Senate bill calls for raising classroom sizes across the board, effectively cutting thousands of teaching positions. The Senate budget would cut even deeper than Gov. Pat McCrory’s budget proposal into funding for teaching assistants, and reduce spending on textbooks and school buses. The Senate proposal also shifts about 40 percent of the state’s budget for Smart Start away from targeted early education initiatives to the Department of Social Services to be used for much broader purposes.

Cuts to classroom teacher allotments, instructional support personnel and instructional supplies total more than $310 million for 2013-14. The budget does eliminate the Local Education Agency adjustment – a form of budget cut that required districts to send back a certain amount of money, but allowed individual districts to decide where to make the cuts. Education officials say that would be good news, if the other cuts in the budget didn’t surpass the adjustment.

“They cut all the money (that was in the adjustment) plus some,” said Don Martin, Winston-Salem/Forsyth County superintendent. “It was a little surprising for a year that’s been this positive on the revenue side to be this negative on education.”

Combined with the more than $142 million proposed cut to teaching assistants, districts would not only get less money under the Senate proposal, but they would also not get to choose where those cuts come from.

Forsyth County school officials were surprised by McCrory’s proposal to cut funding for teaching assistants – a position that’s often turned into part-time reading teachers locally to give extra support to students who are behind. Martin said they were shocked by the Senate’s move to cut personnel even further.

Teaching positions have long been the last thing cut by the local district when facing tough budgets. The district has canceled programs, like some foreign language instruction at the elementary level, in favor of maintaining teachers and smaller classes. Crutchfield said the district can use money from the eliminated LEA adjustment to make up most of the difference. The remaining positions – about 180 in all that would be lost -- will be cut through attrition, he said.

“It wasn’t even on our radar,” Kerry Crutchfield, the district’s budget director, said of the cuts to teacher allotments. “The (Board of Education) would have to decide if it wanted to restore any of that (funding). I think the first place they’ll want to restore is teacher positions.”

Larry Vellani, executive of Smart Start of Forsyth County, said the move would roll back years of work to strengthen the quality of early education across the state.

“The impact at the local level will be a weakening of the early learning infrastructure,” Vellani said. “We can only expect the needle on quality will move backwards.”

The money that would be cut primarily funds scholarships to afford poor families high quality early education and child care. The scholarship requires that parents choose facilities with a three-, four- or five-star rating. Vellani said in just the last six or seven years, the program has resulted in 20 percent more children being placed in higher quality facilities.

“We’re helping parents understand the importance of these structured, high-quality early learning experience to help close opportunity gaps and achievement gaps that we begin to see when these children hit (kindergarten),” Vellani said. “I’m not exactly seeing the savings or the benefit (to the cuts). We can clearly show the benefit for keeping the system intact in our local community.”

The North Carolina Partnership for Children, which manages early education dollars for the state, recently kicked off a new campaign, First 2,000 Days, to raise awareness about the importance of early education. At a conference in Winston-Salem last month, Nancy Brown, McCrory’s appointee to chair the partnership, said studies show 90 percent of a child’s brain function is formed during those first five years. She said the organization’s goal was eventually to provide access to high-quality early education for all North Carolina children.

The organization said that if the cuts make it into the final budget, not all local Smart Start partners will be able to keep their doors open.

RALEIGH - Senate Republicans handed off their vision of North Carolina's state budget to their counterparts Thursday in the House, who are lik…

Unbelievable! This is the moment after a gunman opened fire in a crowd in Philadelphia 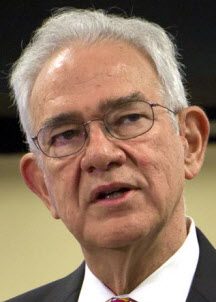 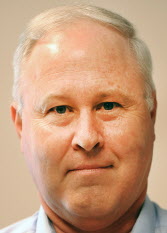