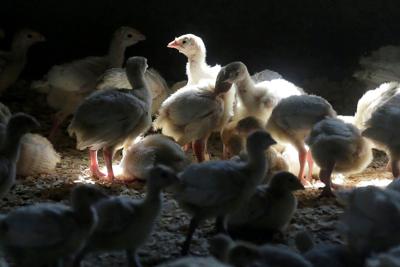 It’s time to talk turkey, folks. And even for an optimistic carnivore like me, the news is grim.

Plenty of cheap turkeys will be available for American families to put on their tables this year.

That, in fact, is the problem.

The poultry industry sustained devastating losses from a bad strain of bird flu this year, with more than 50 million broiler chickens and turkeys infected and euthanized in the past nine months. The die-off inspired predictions of Thanksgiving shortages and steep price hikes. But in recent weeks, domesticated poultry infections subsided in November, just as frozen turkeys were being hauled out of the industry’s strategic frozen turkey reserve. This eased the supply pinch and pulled down prices.

Retailers including Walmart Inc. and Aldi Inc. have since said they’re trimming prices on Thanksgiving birds, which will be plentiful and not much more expensive than last year. A few caveats: The cheapest birds you find will likely have been biding time in the freezer. If you opt for a fresh one, it will probably be smaller than in previous years because the live turkeys that replaced sickened birds earlier in the season have had less time to grow to maturity.

Still, Americans won’t have to worry about going without their turkey dinner, which leads me to my concern: The poultry industry is hurtling into a gathering storm. Avian influenza is acute this year, but disease is a chronic problem that routinely kills millions of birds every year. Consumers, meanwhile, are blindly supporting an industry that deserves far more scrutiny.

There’s a reason that a mass die-off of 50 million birds is barely hurting supply: The poultry industry produces 9 billion broiler chickens a year, along with about 220 million turkeys and 400 million hens that lay roughly 112 billion eggs a year. Stop for a second and take those numbers in. Nine billion birds are raised, processed and sold annually in the U.S. Assuming each bird occupies 2 square feet, that’s enough poultry to fill 312,000 football fields. The population of birds euthanized this year alone could fill more than the square footage of Amazon’s entire U.S. real estate footprint.

The U.S. produces nearly a fifth of the world’s total global chicken and turkey supply. Much of the industry’s growth took place with the introduction of antibiotics, growth hormones, new breeds of fast-growing birds and massive climate-controlled poultry houses that have made it possible to more than double chicken production from about 4 billion birds a year in 1990 to more than 9 billion in 2022. U.S. poultry production surpassed pork production in the 1980s and beef production in the 1990s as it became an ever-cheaper form of protein. Between 2012 and 2022 the number of pounds of chicken consumed by the average American each year surged to 97 pounds from about 78 pounds — nearly double the annual consumption of pork (51 pounds per capita) and beef (58 pounds).

As production surged, the impact of diseases rose. Avian influenza strains ebb and flow every year. As they migrate, duck and geese populations bring diseases that are benign to wild birds but can be devastating to domestic poultry. The 2015 bird flu outbreak was, until this year, the largest animal disease event in U.S. history, afflicting a vast swath of the domestic poultry populations.

No vaccines have yet been developed that can prevent avian influenza. And while vaccines can reduce the morbidity of disease, any infected bird must be killed to control the outbreak and protect trade.

Here is where a vicious cycle comes into play: The more deaths in the poultry industry, the more chickens and turkeys are raised to offset those deaths. And the ever-larger populations are, in turn, more likely to spread disease and increase the impact when it hits. Growing poultry populations can also increase the risk of viruses that could be spread to wild bird populations, along with the risk of zoonotic diseases that could be transferred to humans.

The question becomes: How much further can we keep expanding the number of domestic birds that are grown and slaughtered? How much longer can this vicious cycle continue before it explodes?

To contain the threat of avian flu going forward, the industry can improve its biosafety measures to prevent contaminants — typically bird droppings from migrating geese and fowl — from getting into poultry houses. The industry could also divide its production facilities into smaller, less centralized poultry houses. The industry could pour more resources into developing vaccines that prevent the influenza virus. But these solutions are years, if not decades away.

In the meantime, the industry will continue to engage in a staggering amount of waste of both sentient life and environmental resources.

This is enough to rattle an optimist like me. In the long term, I have high hopes for the shift toward conservation agriculture and cultivated meat. In the near term, consider buying your Thanksgiving bird at a small local farm. Or opt for a Tofurkey.

Little is a Bloomberg News columnist and professor of journalism and science writing at Vanderbilt University. amandalittle.com and @littletrip.

Bill Donohue: If I had a hammer …

If I had a hammer, I’d pretend I was as strong and patient as state Superior Court Judge Allen Baddour, who first lowered his hammer on North …

Byron Williams: Courage is required to save the GOP

After courageously signing the 1964 Civil Rights Act, President Lyndon Johnson famously quipped that the Democratic Party may “have lost the S…

Rutherford B. Hayes, Republican governor of Ohio, went to bed on the evening of Nov. 7, 1876, thinking he had lost his bid to become president…

Tom Wogan Sr.: What a last-minute voter taught me

She was a tall 30-something who walked into the polling place at 6:50 p.m. on Election Day. I was standing by the door the woman entered, fulf…