The Capitol Building in Washington, D.C.

Washington, D.C., as the nation’s capital, is the result of the Compromise of 1790. Alexander Hamilton prevailed in his desires to have the federal government assume state debts resulting from the war for independence against Great Britain, and in return Thomas Jefferson and James Madison won the right to have land parceled from portions of Virginia and Maryland to serve as the capital’s location. It is unlikely that what Hamilton, Jefferson and Madison envisioned, as a result of this compromise, is what Washington, D.C., has become.

There are currently five non-voting delegates in the U.S. House of Representatives. They represent American Samoa, the Virgin Islands, the Commonwealth of the Northern Mariana, Puerto Rico and Washington, D.C. Non-voting members may vote within the House committees they are assigned, and they can introduce legislation, but they cannot vote on legislation in the full House.

In other words, the roughly 700,000 residents of the nation’s capital have no federal representation. Since November 2000, the standard Washington D.C. license plate has featured the slogan “Taxation Without Representation.”

Voting rights of citizens in the District of Columbia differ from the rights of citizens in each of the 50 states. The Constitution grants each state voting rights. As D.C. is a federal district, rather than a state, it therefore does not have voting representation. Given the nation’s civic virtue of liberty and equality, it is immoral that residents of Washington, D.C., are denied federal representation.

As with most issues critical to America’s public morality, the discussion has been condensed to a binary conversation on whether D.C. should be granted statehood.

The obvious argument for D.C. statehood is population. D.C. has a larger population than Wyoming and Vermont, rivaling Alaska and South Dakota.

A common argument in opposition is that much of D.C. is a federal enclave. It would be unfair to grant it two senators. But this negates that 80% of Nevada is federal land, and the federal government controls 50% of California lands. Residents of Washington, D.C., also pay the highest per capita tax rate in the country.

The events of Jan. 6 also strengthened the argument for statehood. D.C. Mayor Muriel Bowser was unable to activate the National Guard; she needed the consent of the president, the secretary of defense or the secretary of the Army. These jurisdictional impediments furthered the chaos, as Capitol Police were overwhelmed.

The Constitution, under Article 4, grants Congress exclusive jurisdiction over D.C., as it is a federal district. Article 4 Section 3 of the Constitution states:

“New states may be admitted by the Congress into this union; but no new state shall be formed or erected within the jurisdiction of any other state; nor any state be formed by the junction of two or more states, or parts of states, without the consent of the Legislatures of the states concerned as well as of the Congress.”

Political blinders prohibit us from seeing collectively the absurdity of residents of the nation’s capital not having federal representation. D.C. votes overwhelming Democratic. If the opposite were true, it would most likely be Republicans leading the charge for statehood. But the civic virtue should be measured only by whether the franchise is being realized in full.

Oftentimes the challenge to understand and appreciate the ongoing American narrative is the incongruence between the origins of something and its impact on the present day. This is hardly a symbolic debate when living in the nation’s capital equates to being denied the franchise at the federal level. Moreover, it does not suffice to offer that what the founders articulated is somehow the eternal protective coating that supports violating a fundamental civil right.

Should residents of the nation’s capital bear the dual burden of having the highest per capita tax rate while being denied federal representation? Is this a phenomenon that should exist in perpetuity?

Assuming it can be agreed that few Americans living outside the District of Columbia would accept the aforementioned as a viable practice, what should be the remedy?

Should the residents of D.C. remain without federal representation? Should they receive a voting member in the House of Representatives, along with two senators? What are the institutional barriers that exist today that warrant reexamination? Can any of this be achieved without the political lens that serves as nothing more than justified obstruction?

In the order of importance, I don’t see how anyone could be opposed to residents of D.C. having federal representation. What that actually looks like is certainly up for debate. But if one starts with that fundamental premise, it seems this immoral conundrum is not as insurmountable as it has been portrayed.

The Rev. Byron Williams (byron@publicmorality.org), a writer and the host of “The Public Morality” on WSNC 90.5, lives in Winston-Salem.

Mick Scott: Let’s go down, come on down

Sharon Randall: Wealth to share but none to flaunt

When you were a child, who was the person you most looked up to, the one you hoped to be just like when you grew up?

Richard Kyte: Why gun owners need a change of heart

Opinion: Why can’t those who own guns and know the most about them take responsibility for ensuring they're used safely and without malicious intent?

Phil Zuckerman: No reason to fear a secular nation

The secularization of U.S. society — the waning of religious faith, practice and affiliation — is continuing at a dramatic and historically un…

Tom Campbell: No better time to invest in North Carolina

North Carolina is poised to make great gains as we recover from the pandemic. We are becoming a major hub for life sciences companies. Real es…

Brandenburg v. Ohio has long been a seminal First Amendment case taught at practically every accredited law school in the nation.

Back in the day when “Saturday Night Live” was funny, Chevy Chase would open the “Weekend Update” segment by saying, “I’m Chevy Chase … and yo…

The first time you see a black Amish buggy on a country road, you smile. You can’t help it.

When the NFL decided not to punish players who kneeled during the pre-game national anthem, some fans reacted by refusing to attend games, buy…

The Capitol Building in Washington, D.C. 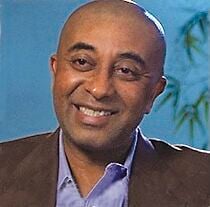