There are some uncomfortable truths about raising the minimum wage from its current level of $7.25 per hour to $15 per hour that are revealed by an online tool created by our Center for the Study of Economic Mobility (CSEM) at Winston-Salem State University, along with our local research partner Forsyth Futures.

The tool, which we call the Social Benefits Calculator, enables anyone to go online and experience for themselves what it is like to be receiving social benefits and experience a monthly wage increase. Designed for Forsyth County, the calculator shows that with more than a 100% rise in the minimum wage, many people who currently receive social benefits will barely experience a change in their standard of living.

The clarion cry to raise the minimum wage comes from many well-meaning folks who have their hearts in the right place — hard-working individuals deserve to support their families, right? Many economists and business owners then predictably counter that a rising minimum wage will create unemployment as labor costs rise.

But lost in the debate is that a boost in the minimum wage may barely change the lives of low-wage workers who are currently drawing social benefits such as food stamps (SNAP benefits) or child care or housing assistance. This is the hidden insight provided by the CSEM benefits calculator that is a hard reality we have come to grips with, in Forsyth County and beyond.

Let’s use the calculator and create a hypothetical example: a full-time working parent earning the minimum wage, who is unmarried with two children in subsidized day care. As seen in Table 1, after his or her wages more than double from $7.25 an hour to $15 an hour, earnings rise from $1,160 to $2,400, or a $1,240 change.

Sounds good, right? That’s an enormous bump up of wages by 106%. But after subtracting the decrease in benefits and higher taxes, that $1,240 increase erodes to just a $199 net improvement, or just a 16% change.

Imagine getting a big raise and seeing 84% of it go away. In comparison, millionaires and billionaires pay just 37% for the federal marginal tax rate on higher income. Through multiple scenarios using the CSEM calculator, I have found long ranges of income where work barely pays — what I call “disincentive deserts” in my published research. In some cases, individuals are actually worse off by accepting wage increases because of larger drop-offs in benefits, in what are called “benefits cliffs.”

Notice another surprising consequence: dependency on social programs drops with higher wages. For the full-time employee making $7.25 an hour, social benefits make up 74.3% of the overall wage and social benefits package; at $15 an hour the share drops to 52.3%.

This is a finding that may irk both conservatives and liberals since the chief beneficiary of a $15 minimum wage is the government itself. If passed, the cost of providing social programs will fall (though I don’t expect taxes to fall anytime soon). But from the workers’ perspective, little has changed in their lives after a huge wage hike. Moreover, employers will see little return on investment from higher wages, such as greater retention, loyalty and productivity.

This sounds frustrating, I know. But for this reason, CSEM is working with local firms on creative wage and benefits structures that may provide alternative paths to move up the economic ladder — using our calculator as a starting point for conversations among employees, employers, policy experts and legislators. Local high schools and institutions of higher education may also find it useful for classroom discussions.

Our calculator is user-friendly and able to operate on mobile phones, delivering an individualized wage comparison scenario after spending less than 10 minutes on an anonymous questionnaire. Using this tool, our residents, employers and employees can work together on creative and innovative solutions that benefit those at the bottom of the economic ladder rather than waiting for leaders in Washington or Raleigh to fix these problems.

We are certain our City of Arts and Innovation will think of new ways to innovate around creating wage and benefits packages that lead to upwardly mobile paths for our county residents.

Craig Richardson is founding director of the Center for the Study of Economic Mobility at Winston-Salem State University. The Social Benefits Calculator is available at www.wssu.edu/csem. 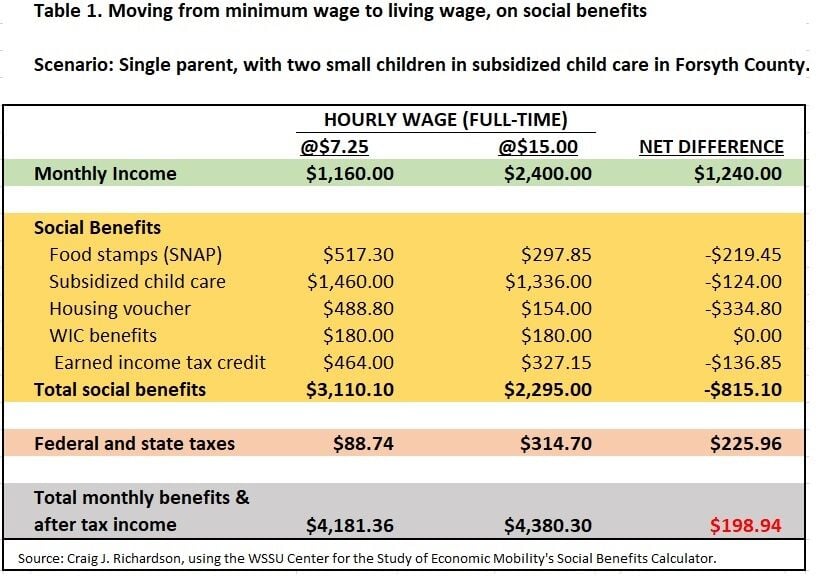 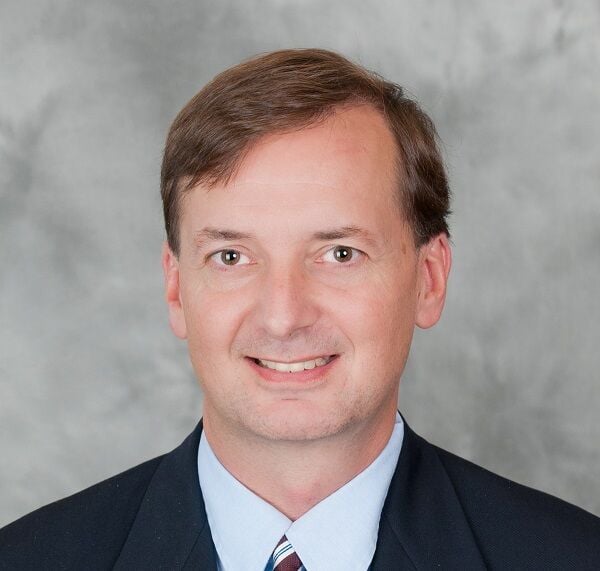