This is for real: Rupert Murdoch will soon launch a new platform, Fox Weather.

Wrap your head around that one. Brian Wieser, a prominent media analyst, said it best the other day: “How do you address the fact that weather changes are caused to some degree by humans when you have a media property with a history of challenging that fact?”

“… And for the latest Big Beautiful 10-day American Greatness Forecast, let’s go to Sabrina at the big board. Sabrina?”

“Thank you, Tucker! Stay tuned, we’ll have that soon. In the meantime, I’m happy to report that red states are in for a treat this weekend as a high pressure system brings balmy temps and blue skies, fine weather for cleaning your guns outdoors or joining up with other tourists at your favorite Capitol building. But Tucker, there’s very different news elsewhere. Would you like me to share?”

“That would be mighty white of you.”

“It does appear that the Pacific Northwest, and we all know how those states voted, will boil in 125 degrees, with rampant wildfires in the areas where they don’t rake the forests. Why God is seeing fit to punish that region, we can only speculate on His motives at this time, but suffice it to say that tomorrow in particular may be the worst day for those folks since Ashli Babbitt was shot.”

“Sabrina, some elites will surely say that those high temps are further ‘evidence’ of what they theorize as ‘climate change,’ but what does your reporting tell you?”

“Tucker, I’m getting high readings on the Chinese Hoaxmeter, so let’s leave it for the viewers to decide.”

“And questions need to be asked whether it’s just a coincidence that all this is happening at the same time that blue states are forcing our kids to learn critical race theory.”

“Which also may account for the sustained high winds that are expected in other blue states, where some say that the wind turbines will kill tens of millions of birds.”

“Right you are, Sabrina. Seems like what this country needs this weekend is a massive tax cut.”

“Right back to ya, Tucker. But just to be fair and balanced, it does look like some Southern areas of Real America will be hit this weekend with record flooding and endless rain, so it might be advisable for those patriots to get out the ol’ umbrella and go live for a while in a rescue shelter where unvaccinated people aren’t persecuted.”

“Any remote chance that the flooding could spread into ungovernable Democrat strongholds?”

“Thank you, Sabrina. Is there any confirmable good news out there?”

“Well, it does look like Miami is under water, and we all know how Miami-Dade County voted.”

“I’m sure the alarmists will have a different theory. By the way, have you finished tabulating the 10-day American Greatness Forecast?”

“We have indeed, Tucker. But we don’t like the downbeat results — too much ‘extreme’ weather in too many places — so we’re going to send the data out to Arizona for an audit.”

“Right you are, Sabrina, you never know what Hugo Chavez may be up to. Stay tuned, we’ll be back in a minute after this message from Beautiful Clean Coal.”

Dick Polman, a veteran national political columnist based in Philadelphia, is a contributor to the Pennsylvania Capital-Star.

Sharon Randall: Telling stories of how people made you feel

Most people are interesting, if we get to know them. But to me, my grandmother was more interesting than most.

John Railey: Fight gun violence like it’s at your door

Kevin Cheshire: Crystal Towers solutions: Where they will go

Despite our collective tendency to oversimplify complex issues, there is more about which we agree than disagree concerning what the Aug. 10 edition of the Journal identified as “Crystal Towers dilemma.”

Like tens of thousands of manufacturers in North Carolina, Jeff Queen knows how hard it is to run a manufacturing business. His father and son…

I found my spot.

Kurt Bardella: How the GOP won the California recall in 2003

In October 2003, I was working at the CBS affiliate in Bakersfield, Calif., running the assignment desk and helping produce our political cove…

Gerry Huddleston of Santa Rosa, Calf., cools off in the very shallow water of the Russian River on Wednesday at the Veterans Memorial Beach in Healdsburg, Calif. An unusually early and long-lasting heat wave brought more triple-digit temperatures Wednesday to a large swath of the U.S. West, raising concerns that such extreme weather could become the new normal amid a decadeslong drought. 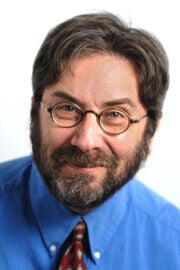