I’m literally old enough to remember when Republicans proudly branded themselves as the cop-loving guardians of “law and order.”

Richard Nixon won the presidency with that shtick in 1968, Donald Trump used it in 2016 (“I will restore law and order to our country”), and tried it again in 2020 (“I love law enforcement, I love the cops, I love the police”). So it’s ironic that in 2021, Capitol Hill Republicans sought to block the creation of a Jan. 6 inquiry that would give cops a chance to share their pain about the lawless Beer Gut Putsch.

The Republican cult didn’t want you to hear from Sgt. Aquilino Gonell, who called the MAGA insurrection “a pathetic excuse for (Trump’s) behavior.”

“I’m still recovering from those hugs and kisses that day,” Gonell said. “If that was hugs and kisses, then we should all go to his house and do the same thing to him. To me, it’s insulting, it’s demoralizing because everything that we did was to prevent everyone in the Capitol from getting hurt. ... Instead of sending the military, instead of sending the support, or telling his people, his supporters to stop this nonsense — he egged them to continue fighting.”

“They tortured me. They beat me. I was struck with a Taser device at the base of my skull numerous times. And they continued to do so, until I yelled out that I have kids … They said, ‘Get his gun, kill him with his own gun!’”

Nor did the Republican cult want you to hear from Officer Daniel Hodges — who was crushed in a doorway, beaten with his own baton, sprayed with a fire extinguisher, attacked by goons who tried to gouge out his right eye, and was told that “you will die on your knees.”

The cult also wanted to silence Officer Harry Dunn, a Black man who was informed by the goons that he was nothing more than “a f——— n——-.”

And Dunn had succinct advice for the select House committee: “There was an attack carried out on Jan. 6, and a hit man sent them. I want you to get to the bottom of that.”

Fascism takes root when people en masse fall down the rabbit hole of alternative reality, which is precisely what Trump’s Capitol Hill enablers have tried (and thus far failed) to contrive. Fortunately, here in the 21st century, we have fancy gizmos called “videos” and “body cams,” and that evidence — aired in abundance during the hearing — was incontrovertible proof that the testifying cops were on the right side of truth.

Granted, what those cops saw, heard, felt and experienced will still be dismissed by the grassroots cultists, who are already hurling ridicule on social media and concocting new conspiracy theories that I won’t waste your time with. They’re already laughing at Fanone for venting his fury at the witness table: “Nothing, virtually nothing has prepared me to address those elected (Republican) members of our government who continue to deny the events of that day” — people “I was so desperately trying to defend.”

As the House hearings proceed, we need to remember that Trump’s goons — on the Hill and in their communities — will not stop. Denying the reality of Jan. 6, spinning the violent coup as some kind of new norm, is merely one facet of the MAGA master plan.

As Kurt Bardella, a former senior Republican adviser, pointed out Tuesday, “The GOP’s endgame is to create a world in which they and they alone win elections. Any election that doesn’t result in a Republican win is labeled fraudulent and (deserves to) be overturned.”

That doesn’t seem to jibe with the traditional definition of “law and order,” but the MAGA norm-breakers don’t concern themselves with such niceties. Those of us who still revere the rule of law and democracy itself will have ample opportunity to revisit this issue as more witnesses appear under oath. Dunn said, “Jan. 6 still isn’t over for me.”

That goes for the rest of us, too.

Dick Polman, a veteran national political columnist based in Philadelphia, is a contributor to the Pennsylvania Capital-Star.

Samuel Grier and Dan Rose: Crystal Towers sale would have repercussions across the city

“In effect, the Texas Legislature has deputized the State’s citizens as bounty hunters, offering them cash prizes for civilly prosecuting thei…

My sister will celebrate her birthday this week, but it won’t be much of a celebration. Never mind how old she is. I’d tell you, but if she fo…

Byron Williams: The expensive lessons of the Calif. recall election

The final sentence for the recent California recall election obituary may read: “It was a $276 million taxpayer-funded exercise in futility th…

John Hood: The state's labor force should not be shrinking

RALEIGH — North Carolina’s economy has enjoyed a substantial recovery from the depths of the Great Suppression — that is, from the COVID-19 do…

Kathleen Parker: The needs of Haitian immigrants in Del Rio seem to match our own

WASHINGTON — Driving across the country this summer with my son and his trusty pit bull Leo (only a mother ...), I learned that America is lar…

Every columnist keeps a “clip file”— articles, stories or ideas from which to write future pieces. Sometimes that file becomes so full it’s ha… 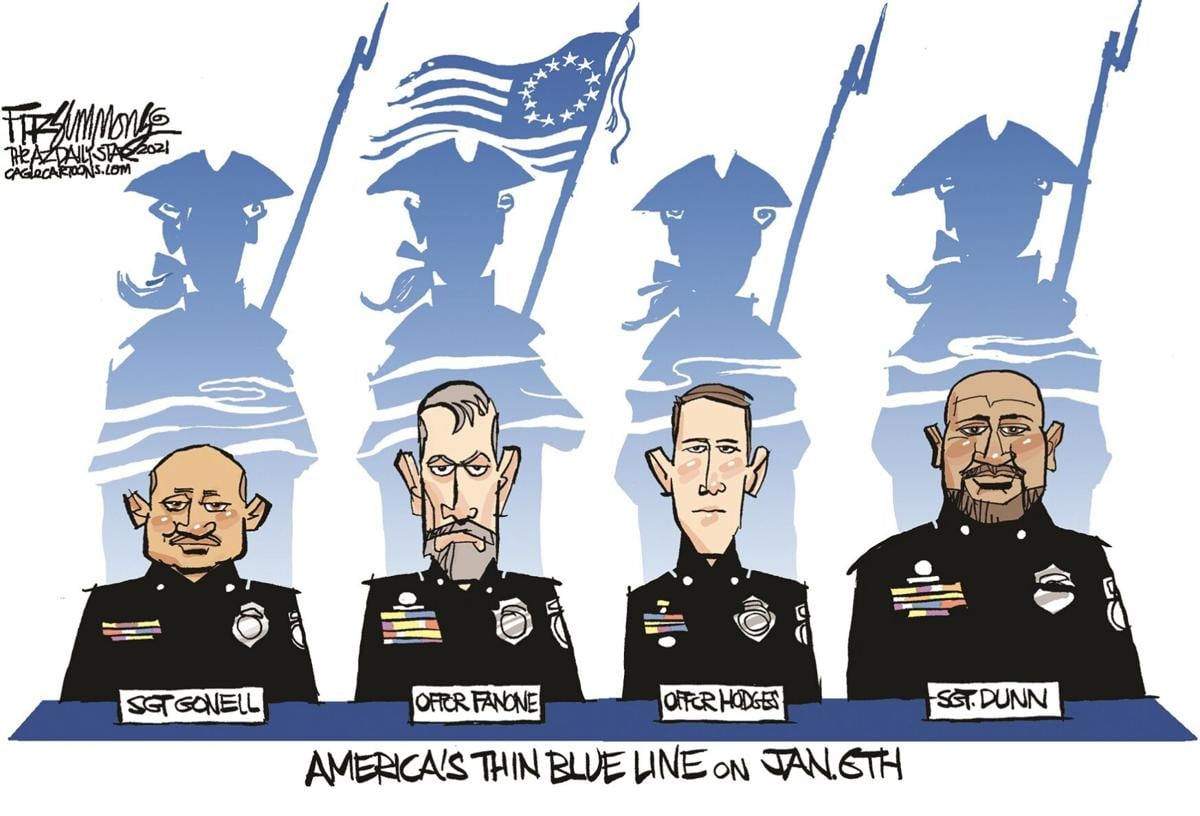 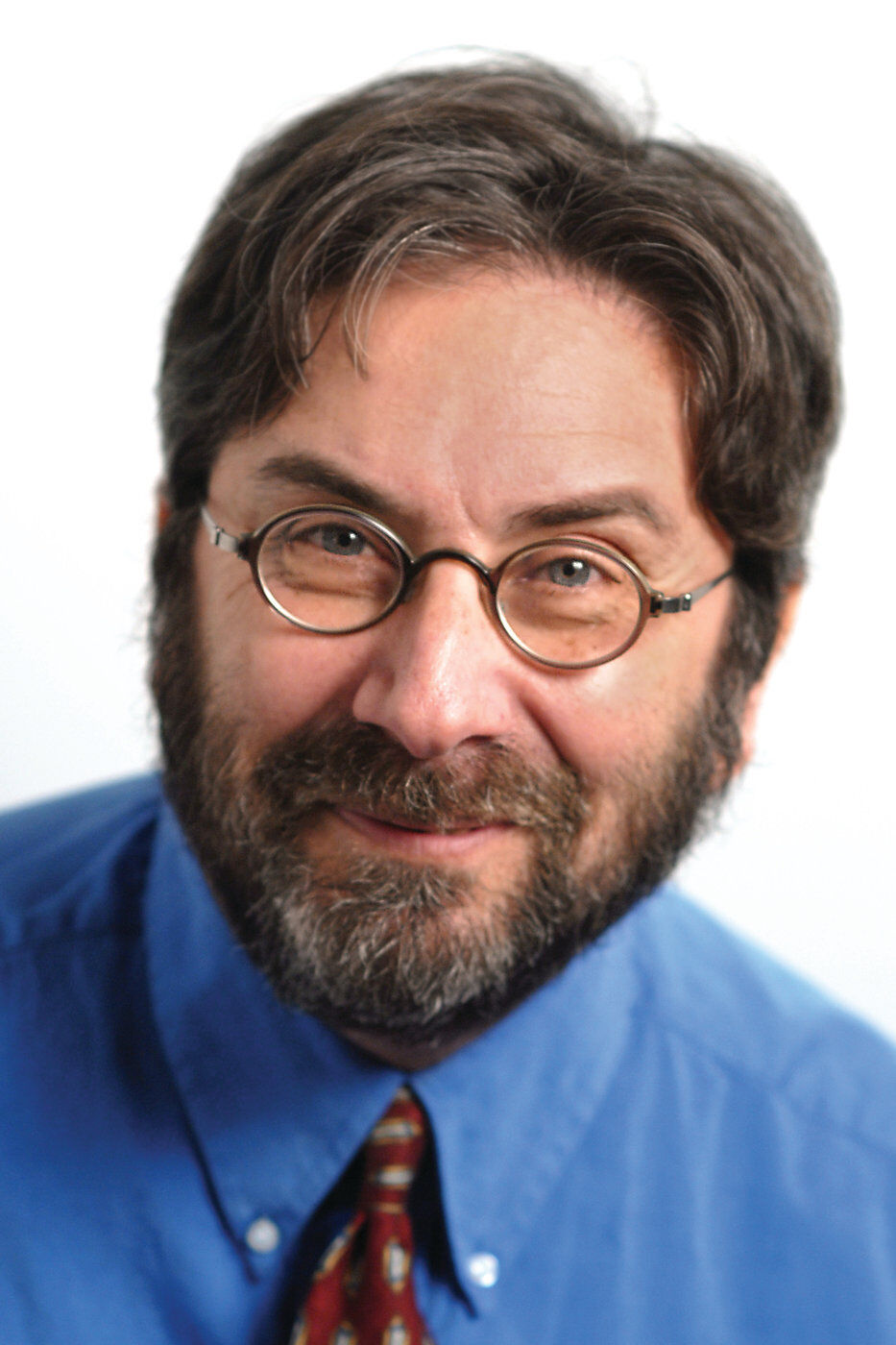