Jay Bookman: The coup is not over yet
0 Comments
Share this
{{featured_button_text}}
Jay Bookman Georgia Recorder

Eleven months after the election, and nine months after the Jan. 6 insurrection attempt, we are only now beginning to understand how organized, intentional and dangerous the Trump coup attempt had been and how dangerous it remains.

Take, for example, the events of Dec. 14 at the Georgia State Capitol. On that date, Democratic electors met in the state Senate chambers to formally commit the state’s 16 electoral votes to Joe Biden. The event was ceremonial in nature, yet required under the U.S. Constitution.

Largely overlooked at the time — there was a lot going on — was a second meeting held that day in a committee room at the Capitol, this one convened by Georgia GOP Chair David Shafer. In that meeting, Shafer and his fellow Republicans approved a fake second slate of pro-Trump electors to be sent to Washington, on the grounds that Trump had really carried Georgia and that Biden’s victory was based on fraud.

There was, is and never will be any evidence whatsoever of that claim, as multiple recounts, investigations and court cases have demonstrated. But as we’ll see, the legitimacy of that fake slate of electors didn’t really matter. What mattered was the ability to claim that the competing slate existed.

We know that because of last month’s publication of a memo from John Eastman, a now discredited constitutional law professor who also served as a top legal adviser to Trump. It’s pretty much a how-to booklet on ending American democracy.

In that memo, Eastman lays out a step-by-step scheme by which Vice President Mike Pence could single-handedly overturn the results of the presidential election and ensure that Trump stayed in office, despite having lost the election. Trump embraced the strategy wholeheartedly, as subsequent events have proved.

The key to that scheme was the creation of “competing slates of electors” in Georgia and six other supposedly “disputed” states. Again, it didn’t matter whether those competing slates were legitimate. All that mattered was that a useful fiction was created, that those slates could be said to exist. According to the plan laid out by Eastman, Pence would unilaterally announce to a joint session of Congress on Jan. 6 that “because of the ongoing disputes in the seven states, there are no electors that can be deemed validly appointed in those states.” Using that excuse, all votes cast in those states would be canceled and their electoral votes would not be counted, thus reducing the total number of available electoral votes from 535 to 454.

As Eastman explains in that memo:

“A ‘majority of the electors appointed’ would therefore be 228. There are at this point 232 votes for Trump, 222 votes for Biden. Pence then gavels President Trump as re-elected.”

They also had a Plan B, and even a Plan C and D.

If their attempt to manipulate the electoral math somehow failed, Plan B called for Pence to then declare that since no candidate had a majority of electoral votes, the question of our next president would be decided by the House, with each state’s congressional delegation getting one vote. The candidate who had the most state delegations would be our next president.

“Republicans currently control 26 of the state delegations, the bare majority needed to win that vote,” Eastman wrote. “President Trump is re-elected there as well.”

And if that didn’t work, if we still didn’t have a president, Eastman writes, “That creates a stalemate that would give the state legislatures more time to weigh in to formally support the alternate slate of electors, if they had not already done so.”

In other words, by illegally and unconstitutionally delaying the electoral count, and putting pressure on Republican legislators to reverse the voters’ decision, Trump wins yet again.

And Plan D? We saw that play out on live TV on Jan. 6, when a mob of protesters summoned to Washington by Trump attacked Congress to try to stop the counting of electoral votes. This is not all behind us; it is not merely history.

As recently as Sept. 24, Trump again called upon Georgia Secretary of State Brad Raffensperger to decertify the 2020 election, calling Biden an “illegitimate president” and urging Raffensperger to “announce the true winner.”

Trump is also working hard to ensure that when 2024 rolls around, he has people in place to do his bidding, like Shafer, whom he endorsed.

So no, this is not a storm that has passed. This is at best the eye of the hurricane, the deceiving pause before the storm resumes.

Bookman writes for the Georgia Recorder, which first published this column.

The insurrection attempt on the U.S. Capitol on Jan. 6 by Trump supporters was John Eastman’s “Plan D.” 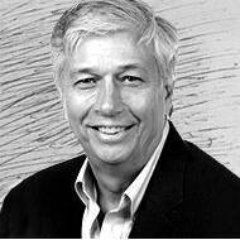