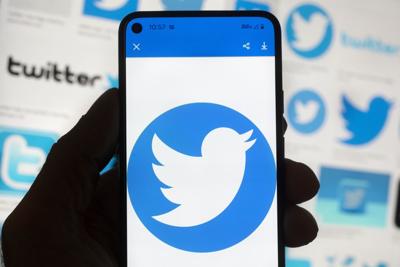 But first must recognize something to avoid exaggeration or a misleading picture: The problems of misinformation and disinformation that enable 21st century politics to “build a bridge to the 19th century” are bigger than Facebook, WhatsApp, Twitter, Instagram and Tik Tok. The traditional media also has failed us in important ways.

For example, a poll by Data for Progress found that voters in West Virginia — one of America’s poorest states — supported the landmark Build Back Better legislation proposed by Democrats in 2021 by a margin of 43 percentage points. They supported its individual components by similar or larger margins: investing in long-term care, expanding Medicare coverage, paid family and medical leave, universal pre-K, extending health insurance subsidies and clean energy investments. This bill would have changed the United States arguably as much as the New Deal, which put Democrats in power nationally for almost all of 1932 to 1980. And transformed the lives of West Virginians, just as Medicare, Medicaid and Social Security did. But their senator, Joe Manchin, blocked it.

This outcome is possible because the vast majority of West Virginians — like most of the country — did not know what was in that legislation. The most prominent media outlets did not mention very much. What most people heard most about the bill was its price tag, $3.5 trillion, which over a decade is about 1% of national income.

Americans have gotten false ideas about many of the most important issues that affect their lives from both traditional and social media. Some 73% of private-sector workers are worried they won’t see their Social Security benefits, which is no more in the realm of possibility than it has been over the past 80 years.

But social media is worse in large part because of its business model. Companies such as Facebook and Twitter make money through ads and data that help continually refine the targeting of online advertising and marketing. This drives them to get as many eyes on their content as possible and to know as much as possible about the people they attract.

These driving forces can cause social media to tolerate the distribution of “junk news,” viral falsehoods, hate speech and conspiracy theories.

Now comes Elon Musk, the world’s richest person, purchasing Twitter for $44 billion. This is a personification of how social media can concentrate power in a society that seems to be striving for new frontiers of inequality. Billionaires own media — Amazon’s Jeff Bezos owns The Washington Post. But the Post counts about 3 million online subscribers, while 240 million users are reportedly on Twitter. So it is not only the business model and social media practices that threaten democracy, it’s the exponential growth of the concentration of ownership.

What can be done to counter the destructive effect of these structural characteristics and trends of social media? My colleague and cofounder of the Center for Economic and Policy Research, Dean Baker, has proposed a simple but potentially powerful first step: Repeal Section 230 of the Communications Decency Act. This provision prevents internet sites, including Twitter and Facebook, from being sued for defamation for false information posted on their platforms — either as ads or on the pages of individuals and groups, such as Facebook pages.

Of course, it would be impossible to monitor everything posted on Facebook or Twitter. But defamatory material could be controlled much as violations of copyright laws are dealt with today on these platforms: the companies must respond and take action when the violations are called to their attention.

This would put social media platforms on the same footing as traditional media, which is responsible for the content that appears in newspapers, magazines, television and other outlets — without the special privileges now provided by the law for social media.

The result would be a downsizing and reduction of the unprecedented, concentrated control of the means of communication in the United States. As well as some of the harmful political and social outcomes that social media contributes to in its current incarnation.

Weisbrot is co-director of the Center for Economic and Policy Research in Washington. He is the author of “Failed: What the ‘Experts’ Got Wrong About the Global Economy.” He wrote this for InsideSources.com.