So now what? What are we to make of the results of the 2022 midterms now that they are — at least for the most part — finally in the books?

While most everyone agrees that the results generally defied expectations given the much-smaller-than-anticipated size of the Republican “red wave” (and the best performance by a sitting president’s party in more than 40 years), triumphant claims of ideological victory and mandates have been understandably scarce.

Many at the national level, of course, have pronounced Donald Trump, as The Wall Street Journal put it, last week’s “biggest loser.”

And indeed, while some diehard MAGA people remain unrepentant and as fiercely loyal to their diminished dear leader as ever, it’s clear that a reckoning on some sort is underway in the Republican Party, where a sizable bloc is interpreting last week as a repudiation of the Big Lie about the 2020 election and the crazy conspiracy theories and candidates to which it helped give rise.

Here in North Carolina, a young GOP leader indicated on a public radio segment that many of his fellow Republicans are now looking to new, non-Trump-aligned leaders like Govs. Brian Kemp of Georgia and Ron DeSantis of Florida.

But, of course, this reality is of limited comfort to progressives — particularly in states like North Carolina and Florida — where their statewide electoral victories were few in number and their prospects for influencing state-level public policy in 2023 further diminished.

Notably, however, if there is a group with the most to celebrate and crow about in the aftermath of the 2022 elections, it would be hard to top abortion rights supporters.

The U.S. Supreme Court may have taken away a fundamental human right that had been enshrined in our national constitutional infrastructure for half a century by reversing Roe v. Wade earlier this year, but last week’s elections made clear that that right is not something most Americans are prepared to surrender.

Despite predictions that pro-choice momentum had crested months earlier in the immediate summertime aftermath of the Dobbs decision, supporters of reproductive freedom came out in strong numbers all across the nation — both to blunt the expected GOP wave and, in several states where referenda were on the ballot, to stand up directly for abortion rights.

As Jennifer Shutt of States Newsroom reported for NC Policy Watch, voters in California, Kentucky, Michigan, Montana and Vermont all voted to support abortion access or boost reproductive rights. Kansas voters did the same thing earlier this year, when nearly 60% voted to keep abortion protected under the state’s constitution.

Writer Linda Burstyn put it this way recently in an article for Ms. Magazine entitled “‘We Told You So’: The Abortion Issue Drove the Midterms”:

According to nationwide exit polling by Edison Research, abortion was the second most important issue for voters, trailing the top issue — inflation — by only four percentage points. The exit polls closely tracked Ms.’s polling of battleground states, released in October, which showed similar numbers. For young women, abortion was the most important issue headed into the midterms.

In the swing state of Pennsylvania, abortion was even more crucial. There, it was the number ONE issue on voters’ minds — helping Josh Shapiro win the gubernatorial race and John Fetterman win his race against Dr. Oz, helping tip the balance of seats to the Democrats in the Senate.

No wonder the nation elected a record-setting number of women governors. So, given this state of affairs, the question arises: Will North Carolina Republicans try at some point to advance a ban on abortion care?

With a veto-proof majority in the state Senate and another in the state House just a hair’s breadth away, the temptation to try to slip through new prohibitions over the objections of the governor — perhaps by enticing a Democratic House member with a bridge for their district or a job for a relative — will be strong.

But as last week’s results made clear, it would also be a serious political miscalculation that would be virtually certain to backfire in 2024.

The bottom line: While North Carolina is not a state in which voters can place initiatives on the ballot, polling makes clear that if they could, there’s little doubt that we would see a similar result to the states that voted directly on abortion rights last week.

State lawmakers would do well to respect this truth and leave this basic right alone when they convene a new General Assembly in January.

Rob Schofield is the director of NC Policy Watch.

David Silverman, an expert in early American and Native American history, discusses the history of Thanksgiving.

Thomas Friedman may be one of the smartest people in America.

Al Goodwyn explains the physics of politics in his latest cartoon

Years ago, when I met Sam and his brother Joe, I had no idea what lay ahead. Do we ever know where life will lead us? North Carolinians gathered at the Capitol in Raleigh in May to rally for abortion rights. 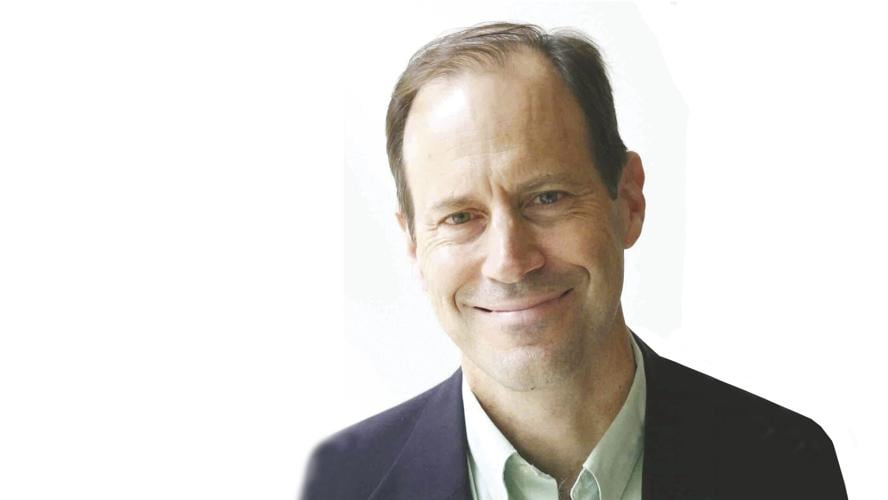