Winston-Salem police responding to report of shooting at Rolling Hills.

In an episode from season two, Sheriff Andy Taylor joins the county nurse on a quest to get farmer Rafe Hollister to take the tetanus shot. They try a few things: a gentler approach with explanations, some shouting demands from Barney Fife and an appeal for Rafe to think of the children.

Finally, Andy sits down with him, and says he gets it — Rafe wants to be famous, to be a martyr to show people that they need to get the vaccine or they’ll end up dead like him. Andy even breaks out the guitar to sing a funeral dirge, complete with sod and silver spades and burials on snowy hills underneath “willer trees.”

This gets Rafe. He fearfully tells Andy he doesn’t want to die, and gets the shot from the nurse. Barney also has to get his tetanus shot, because despite all the antics he still didn’t have his.

The episode, of course, is supposed to be funny and lighthearted. There’s a laugh track dubbed over Rafe’s face as Andy sings. No one would have expected that folks would be dying 60 years later after refusing to get a vaccine, that iPads and layers of protective gear would be required to get a last glimpse of your loved ones.

When I saw this episode mentioned by a Houston journalist, I thought about what would have happened in the real Mayberry, mine and Andy Griffith’s hometown.

Mount Airy has not responded well to the pandemic, because folks have barely reacted at all. Only 43% of Surry County residents are fully vaccinated from COVID, and 47% have had at least one shot. These statistics are a respective 8% and 9% lower than the state average.

Fourteen percent of county residents have tested positive for COVID since the beginning of the pandemic. Of these, 192 people have died. One of those is my grandmother, a vaccinated person living in a nursing home where no one was required to get vaccinated, whether as residents or employees. It’s not just us; North Carolina has had more than 15,000 deaths statewide.

I have complicated feelings about my hometown, no matter the subject. Now, no matter how calm I feel driving past Pilot Mountain or sleeping in my childhood home, there’s an ever-present anxiety about just how safe my family and friends are in a place where the safest option is being rejected by the majority of the population.

I appreciate the efforts of the local health department, who are trying to get folks to see the big picture. I also feel like more could be done.

Every person is different; everyone’s reason for getting the vaccine is, too. Some folks could be persuaded to protect their children, or by someone they trust answering their questions, or just because an authority figure tells them to. Others may require you to play the song you’d sing at their inevitable funeral. What’s happening now, though — the push from one party to get the vaccine while the other side pushes against it, and the blanket statements from government officials about doing your part — that isn’t working.

Mount Airy feels worlds away from Raleigh, and in a separate universe from Washington. For folks who have never left the county, there’s a strong resentment of higher authorities. It means the responsibility falls on local leaders to convince their constituents, but politicians are too busy banning soda machines and the newspaper is trying to keep it business as usual.

In a perfect world, Sheriff Taylor would be able to convince my hometown to save itself, and after some one-on-one discussion and light fearmongering, they’d agree. But Mount Airy isn’t Mayberry, and that space is up for grabs from anyone. Hopefully, the right person fills it soon.

Sara Pequeño is a Raleigh-based opinion writer for McClatchy’s North Carolina Opinion Team and member of the Editorial Board.

Kevin Jennings: We must do better for LGBTQ+ kids

How many birthdays do you celebrate in your family?

The fate of the republic hung in the balance. The soon-to-be former president was refusing to accept the results of the election that he lost …

Rudy Giuliani, “America’s Mayor” after 9/11, has been suspended from the practice of law. Other lawyers who attempted in court to promote form…

One of President John F. Kennedy’s major motivations for going on national television on June 11, 1963, to elevate the cause of civil rights t…

It’s very easy these days to say that social media is toxic. People act in ways they’d never do in real life, because it isn’t real life. They…

Vice President Kamala Harris, who appears to be in the witness protection program when it comes to her assigned role of restoring our southern…

Williams: Freedman Joseph R. Holmes was murdered on the steps of a Virginia courthouse. A new marker tells why his life mattered.

Michael Paul Williams — a columnist with the Richmond Times-Dispatch in Richmond, Va. — won the 2021 Pulitzer Prize in Commentary "for penetrating and historically insightful columns that guided Richmond, a former capital of the Confederacy, through the painful and complicated process of dismantling the city's monuments to white supremacy." 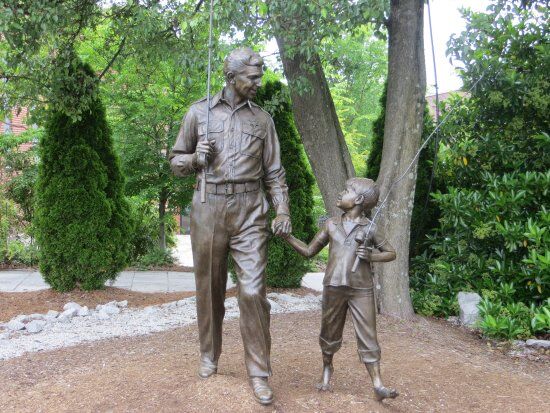 Sheriff Andy Taylor would know what to do. A bronze statue of Andy and Opie honoring the Andy Griffith television show stands in Mount Airy. 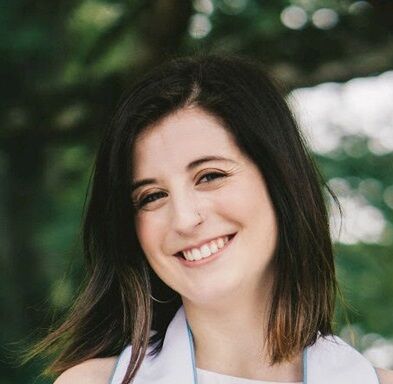