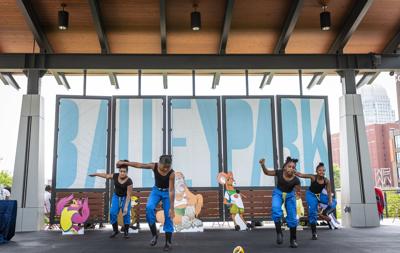 I’d like to thank the organizers of the Juneteenth festival at Bailey Park on Saturday (“‘Experience Juneteenth,’” June 20). I found the celebration to be moving, educational and joyful.

Our children need to know the truth about what happened then — and about what’s happening now. Trying to hide America’s racism is dishonorable. You can’t solve any problem by pretending it’s not real.

There’s a guiding conservative principle underlying all the decisions made by our Republican legislators that the Journal doesn’t seem to understand.

Republicans want all the things you mentioned in your June 20 editorial (“Republicans still suppressing votes”). They want strong urban areas, strong medical facilities and strong schools. They just don’t believe those things should be paid for by the federal government or by soaking rich people. They should be paid for by private dollars that come from the middle class.

Why should someone work hard to become rich if their money is just going to be taxed for middle-class benefits? Rich profits are sacred.

And how can North Carolina secede from the Union if we’re entangled with the federal government?

What’s happening in our country is forcing us to think the unthinkable — that we are in very real danger of having our democracy stolen away.

More than half of our state legislatures are at work passing laws to make it harder to vote, and even worse, taking away from local jurisdictions the control of voting, vote-counting and certification of the count, so that even if citizens do manage to get their votes accurately counted, authorities can declare the results invalid, and certify candidates who actually lost.

This is the first time I’ve ever felt that our democracy was in real peril, but it surely is. And we urgently need to take action to protect it. We can argue about what actions are needed, but clearly one of the most important needs is for federal laws to prevent states from suppressing or overturning votes. And we need these laws now.

Bills aimed at doing this were just introduced in both houses of Congress, but as Senate Minority Leader Mitch McConnell promised, not one single member of his party voted for passage. His argument was that they would take some power away from state legislatures.

That’s true. And we desperately need for that to happen, before our democracy is corroded away from inside.

If we had allowed states complete, uncontrolled freedom, we would almost certainly still have slave states today. Unthinkable.

If there were a “Scaredy Cat of the Year” award, Republican senators would win it hands down. They voted on June 22 to not even allow a voting rights bill to be debated on the floor of the Senate. Why are they so afraid of a federal voting rights bill?

In my opinion, it is because they want nothing to interfere with legislation enacted in red states that suppress the right to vote and that even allow state legislatures to overturn the results of an election if there were alleged fraud. (Republicans are good at alleging fraud based on unfounded conspiracy theories.)

Let’s go deeper. Why are Republicans so in favor of these state voter suppression laws? The answer is that most of the suppression is against voters of color, such as reducing the number of polling places in predominantly racial minority districts. Voters of color tend to vote Democratic.

According to exit polls of the 2020 election, President Biden won 87% of the African-American vote, 66% of the Hispanic/Latino vote, 63% of the Asian vote and 58% of other non-white voters. Biden won only 42% of the white vote. So it does not take a Republican rocket scientist to figure out that if nonwhite votes are suppressed, the chances for Republican victory increases.

This is very anti-democracy thinking.

If you value our democratic way of life, please contact Sens. Thom Tillis and Richard Burr and urge them to support federal voting rights legislation.

How to write us

Please submit letters online, with full name, address and telephone number, to Letters@wsjournal.com. Letters are subject to editing and are limited to 250 words. For more guidelines and advice on writing letters, go to journalnow.com/site/forms/online_services/letter/

My suggestion is to listen to the rest of the world, protect yourself and get a booster at six months.

The Readers' Forum: A political game of chicken?

In response to the letter “Trouble for Milley” (Sept. 19):

The Readers' Forum: A great platform

Newspaper opinion pages are a great platform for exercising freedom of speech; however, hypothetical theories are not very convincing if not based on facts.

The Readers' Forum: God planned and created us

The Readers' Forum: The Bible says...

The Readers' Forum: Trouble for Milley

If the claims are true, Gen. Mark Milley will soon be in well-deserved trouble.