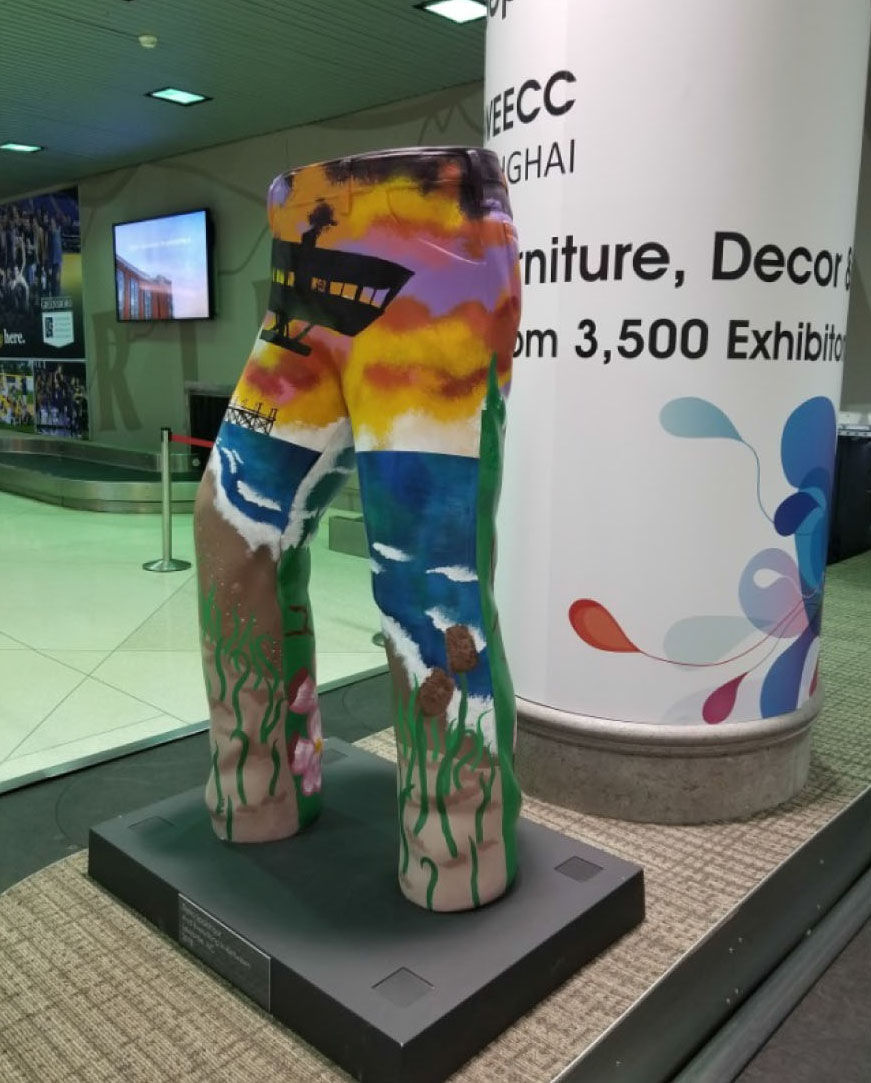 Tierra Spainhour of Lewisville created “And Everything In-Between,” one of the Jeansboro statues at Piedmont Triad International Airport. 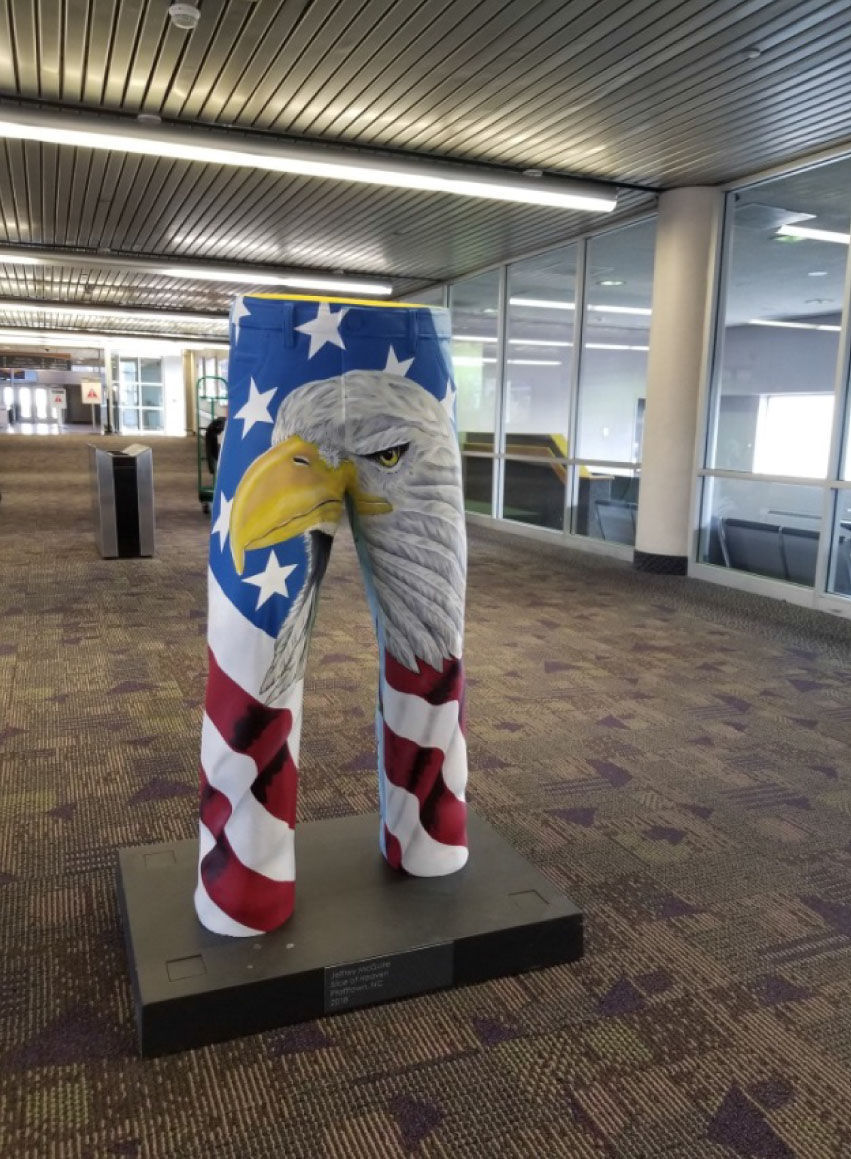 Jeffrey McGuire of Pfafftown created “Slice of Heaven” (left) and Tierra Spainhour of Lewisville created “And Everything In-Between” for the Jeansboro exhibit at Piedmont Triad International Airport.

The four were selected from among 25 submissions in a competition created by the Piedmont Triad Airport Authority and Greensboro-based jeans-maker Wrangler.

It’s part of PTI’s public-art master plan. The airport now displays art inside and out, often with an aviation or regional theme.

In 2016, colorfully painted, 4-foot jean statues began to appear on the sidewalks of downtown Greensboro.

Wrangler sponsored the permanent public-art display to recognize the important role that denim manufacturing has played in the city it has dubbed Jeansboro.

The airport and Wrangler then joined forces to add jeans statues to the airport interior.

They wanted to encourage and promote the work of local painters, and enhance the feeling of the community uniqueness for airport passengers.

Members of the airport workforce, from security to food services, were represented on the selection panel. They chose work that included the use of representational images to celebrate the community’s history, nature and culture, national patriotism and the wonder of flying.

“We see the installation of these pieces as an opportunity to share the artists’ vision of our community and airport through the jean statues,” Kevin Baker, airport authority executive director, said in a news release. “It is another opportunity for us to enhance the look and feel of the terminal building through art of regional significance.”

Dawn DeCwikiel-Kane is a reporter for the Greensboro News & Record. Contact her at dawn.kane@greensboro.com or 336-373-5204.

Tierra Spainhour of Lewisville created “And Everything In-Between,” one of the Jeansboro statues at Piedmont Triad International Airport.

Jeffrey McGuire of Pfafftown created “Slice of Heaven” (left) and Tierra Spainhour of Lewisville created “And Everything In-Between” for the Jeansboro exhibit at Piedmont Triad International Airport.