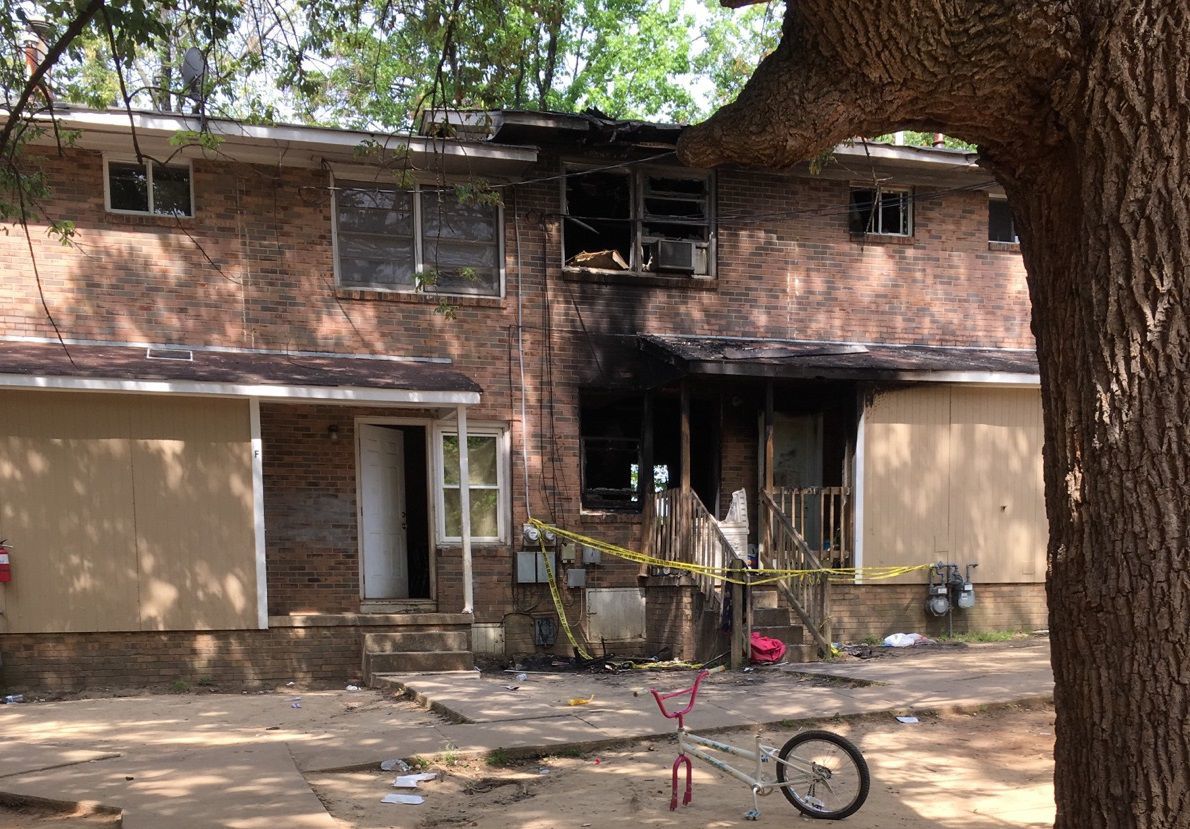 Five children died after a fire broke out in an apartment on Summit Avenue on Saturday, May 12, 2018, in Greensboro, N.C. 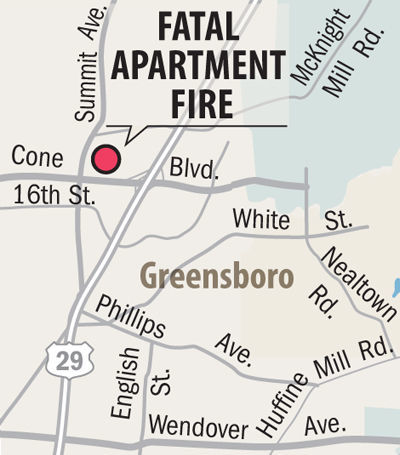 GREENSBORO — A ballet slipper and the pink tire of a tiny bike peek out of the blackened apartment at 3100 Summit Ave., where five children died as a result of an early Saturday morning fire.

Other neighborhood children were playing in the dirt lot in front of Unit G on Monday, seemingly oblivious to the tragedy that took place shortly before 4 a.m. Saturday at the aging apartment building at Summit Avenue and East Cone Boulevard.

Fire officials have yet to determine a cause of the fire but are looking at the stove, which has been removed from the apartment, as the likely culprit. It is the largest fire fatality since the 2002 Campus Walk Apartment fire near UNC-Greenboro, when four people died, said Fire Marshal Timothy Henshaw.

Officials also said Monday there were no working smoke or carbon monoxide detectors in the unit.

Friends of the family, which immigrated from the Democratic Republic of the Congo 18 months ago, remain adamant that the children’s father had repeatedly complained to management about fire breaking out around the stove.

“Three times,” said Crystal Black, as she momentarily stepped away from grieving family members, who were overwhelmed by their loss.

It was unclear who the father might have notified about the problems with the stove, but the building’s owners said they had no repair request on file.

Irene Agapion-Martinez, whose family owns the property, said she met with a police detective and fire officials Monday morning and turned over to authorities tenants’ repair requests for the past month. None were made about a stove in the affected family’s unit, she said.

Also, Agapion-Martinez said there were five smoke detectors, including one in each bedroom, and a carbon monoxide detector on each floor of the home.

The company continues to cooperate, she said.

City housing inspectors were on the property Monday. Police are assisting the fire department with the investigation, but Deputy Chief James Hinson said there’s nothing to lead investigators to believe that anything criminal took place.

“That could change, but right now we are there to assist them,” Hinson said.

Firefighters called to the scene were able to get to the five children inside, whose ages ranged from 18 months to 9 years old, but they all died within the next 24 hours, unable to overcome their injuries.

The grieving parents, who lost all their children in the fire — three sons and two daughters — are staying temporarily with close relatives in another unit at the complex. The husband, who works at a local factory, was home with the children. The wife was working the overnight shift at a chicken plant several counties away. She commutes there with a group of others from here.

On Monday, they were surrounded by family and members of their church community and were visited by a stream of educators from Rankin Elementary School, where two of the children were students.

Tamika Muse, who lives just a few units away, said she spotted the fire on Saturday and dialed 911.

As she was on the phone with an emergency dispatcher, she saw the children’s father climbing up the side of the building to get to a window on the second floor.

“’He was screaming, ‘The babies, the babies,’ ” Muse said. “It was heartbreaking.”

On Monday, Muse stood in her kitchen sharing that story with City Councilwoman Goldie Wells, who represents the district and asked if she could get a look inside her unit. Wells had also heard people talking about the family’s complaints about the stove in the unit that caught fire.

Wells asked Muse, a single mother, if she had had problems getting repairs done.

Muse pointed to a refrigerator with just the freezer working.

“It hasn’t worked since I moved in three months ago,” Muse told her.

And she pointed out mildew from behind the leaking sink downstairs, where water also trickles when anyone uses the shower upstairs.

Wells asked Muse why she continued living there.

“It’s affordable,” Muse told her. "The rent is $525, and I don’t have a good background for renting. I have an eviction in my past. But they let me move in.”

Henshaw said some of the fire extinguishers, which were left on hooks outside the buildings, were missing and that others had faded labels, which he attributed to damage from the weather.

Agapion-Martinez, whose family owns the property, said that all 42 units, which were empty for a time, were later inspected and in compliance with city housing codes 18 months ago.

This family, one of the many escaping violence and extreme poverty in their native countries, was placed there about the same time. But a year later, the North Carolina African Services Coalition stopped setting up housing in the complex following a steady stream of complaints about repairs not being taken care of.

The complex was initially attractive because it would accept refugees who, by the nature of their plight, didn’t have work histories and had not built up credit.

Even as the agency stopped placing people in the apartments at 3100 Summit Ave., some families stayed and others joined them.

“It was also like being part of a community,” said Million Mekonnen, of executive director of the coalition.

In this situation, the unidentified husband’s parents and a sibling all have units there.

“This just hurts,” Wells said before meeting up with the family.

At a press conference called by the fire department later in the day, Black, who was with the family earlier and is the Communities in School site coordinator at Rankin Elementary, pressed city officials — including Mayor Nancy Vaughan — for a thorough investigation.

“I don’t want this to ever happen to another family,” Black said.

Henshaw used his time before television cameras to remind the public that the fire department will install smoke detectors or replacement batteries free of charge if they just call.

Fires are disorienting even within the first two minutes, he said.

He also directed the public to the city’s website for more fire safety tips.

Two children died in the Saturday morning fire at 3100 Summit Ave. Three others died Sunday at a Winston-Salem hospital

The parents told fire officials there was a problem with the stove but it was repaired and there had been no problems since March, Assistant Fire Chief Dwayne Church said Friday.

Beth Benton, the city's Code Compliance manager, said that action was possible after five residents — the minimum necessary to take action — had signed a petition.

Five children died after a fire broke out in an apartment on Summit Avenue on Saturday, May 12, 2018, in Greensboro, N.C. 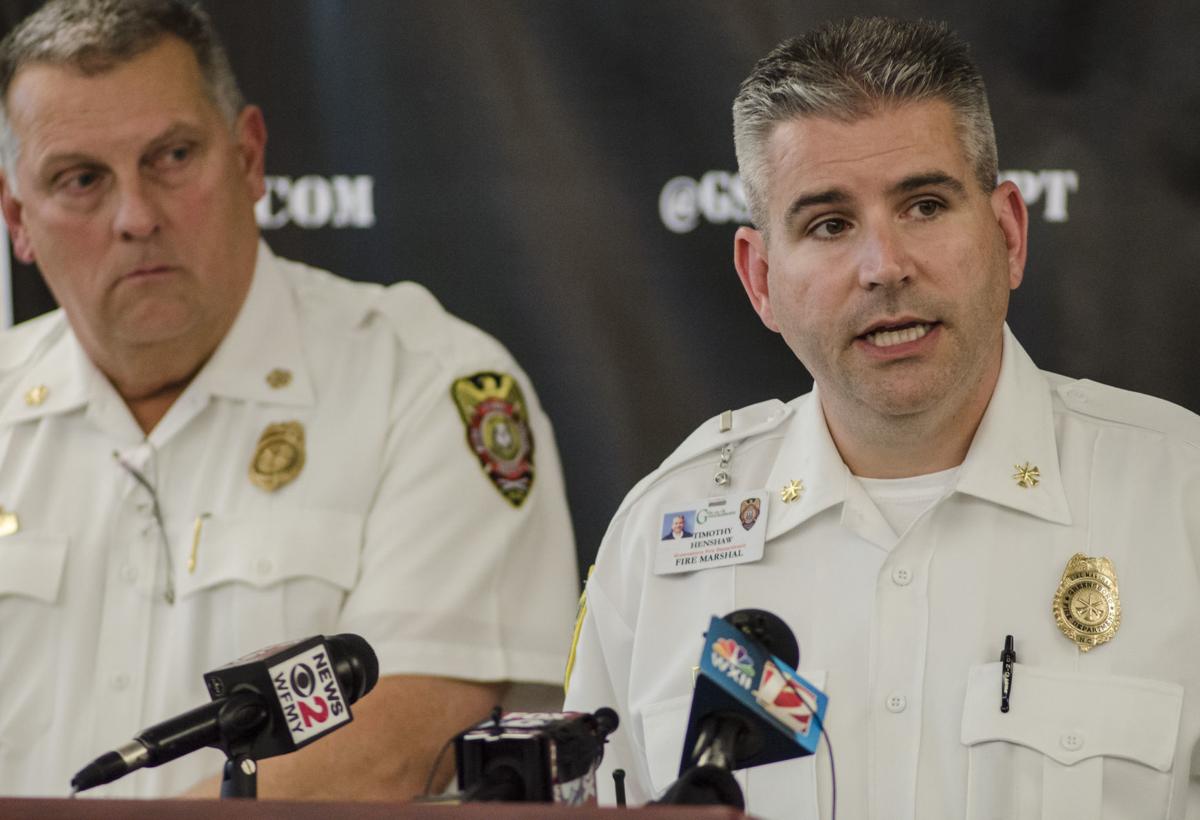