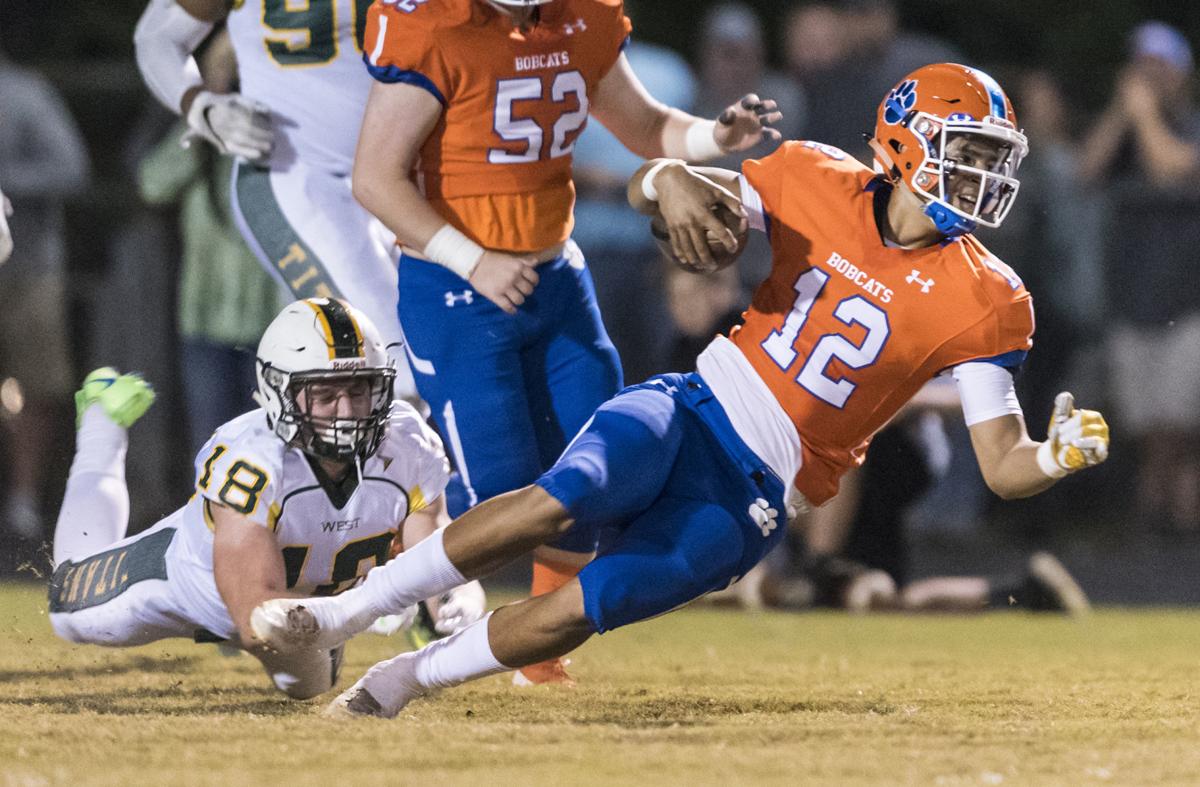 Stephon Brown (right), shown during his senior year at Glenn High School, is showing signs of improvement while learning the Appalachian State offense. 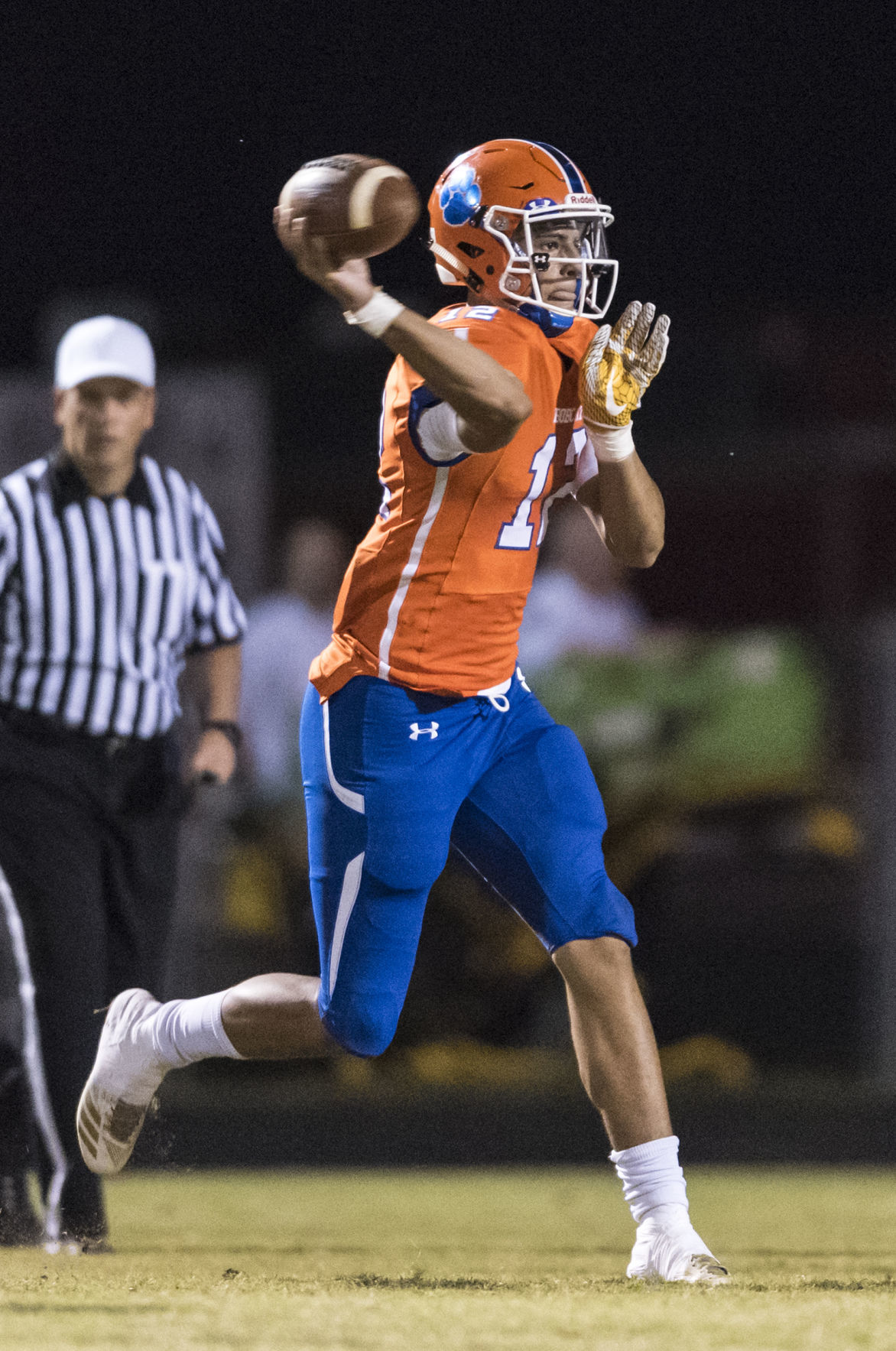 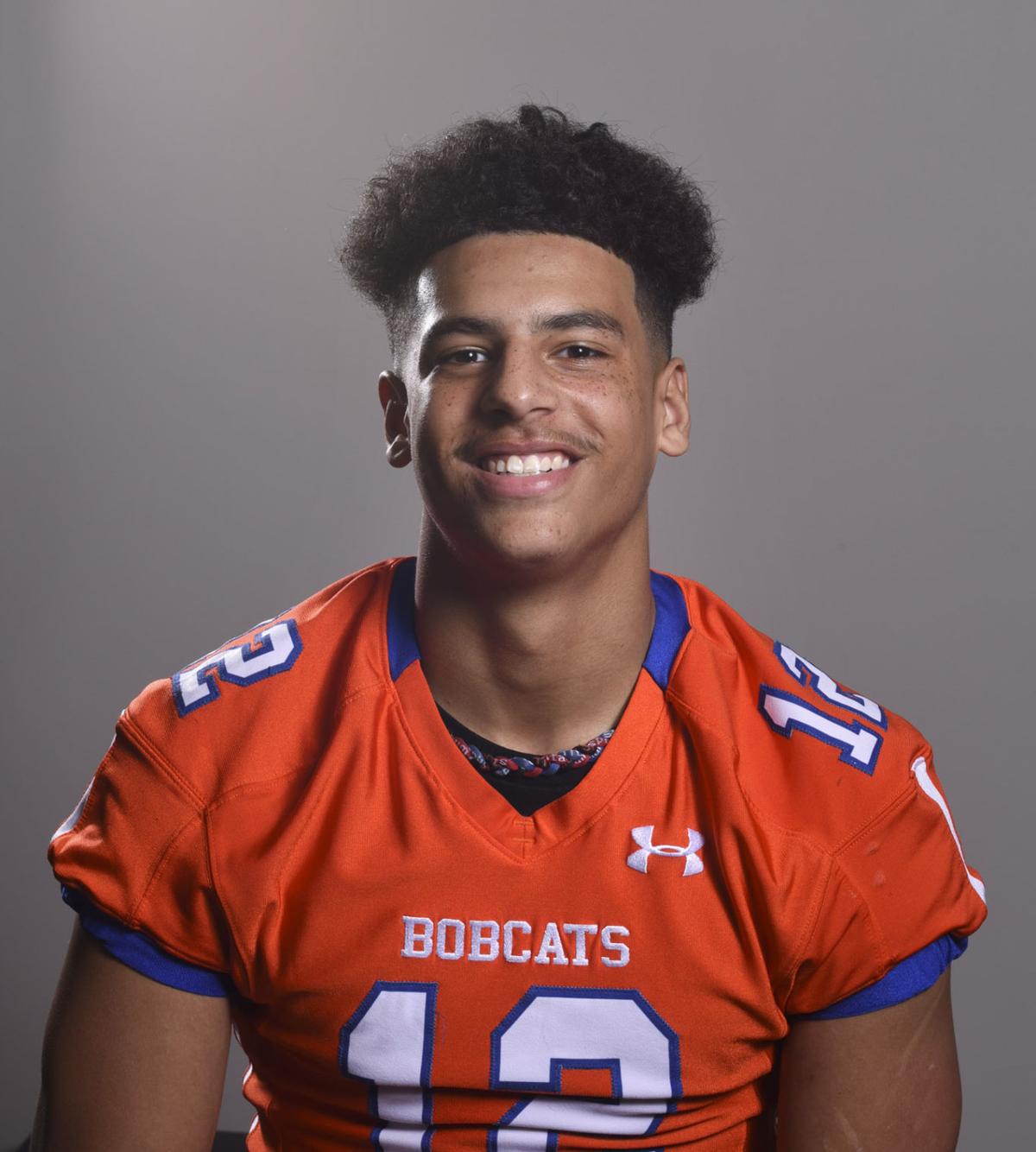 The quarterback who threw more than 100 touchdown passes during his high school career at Glenn High School is still adjusting to the Mountaineers’ system, as well as college life as a whole.

But Brown, a 6-foot-5 dual threat QB weighing 220 pounds, strung together a few successful practices in the last week, according to coaches. The progressive turn started Saturday during App State’s scrimmage, where Brown earned a few snaps. On one of those plays, he threw a deep ball that resulted in a large gain to wide receiver Mock Adams.

Coach Scott Satterfield pointed out Tuesday that Brown, like many true freshmen on the team, won’t get much time in the live-play portion of practice. So Brown has to capitalize during those infrequent moments. Satterfield is starting to notice an uptick in the frequency of successful moments for the young quarterback.

“I think he’s done a really good job the last few practices and been better — way better than he was when he first started camp,” Satterfield said. “We like what we’re seeing out of him.

“And again, he’s not there. He’s got a long way to go. But he’s getting better, and that’s what we want to see improve.”

Frank Ponce, App State’s co-offensive coordinator and quarterbacks coach, liked the ability Brown entered the program with. But as soon he joined the team, Ponce began working with Brown on his release point while throwing the football. Ponce said Brown would sometimes throw sidearm, causing Brown to drop his elbow and throw with a low trajectory.

“We’re working on getting him in the proper release where he can throw the ball a lot better, at this level, down the field,” Ponce said.

The real freshman struggle, which Ponce said everyone faces to certain degree, is developing an understanding of the playbook. Brown is picking up things quicker now, Ponce said, but he is still in the process of digesting the Mountaineers’ system.

“He understands several plays, but he doesn’t understand the whole playbook,” Ponce said. “You know — formations, concepts, things like that — it’s taken him a little longer. And that’s normal.”

Now that Brown’s comfort level is improving, it’s beginning to show in his practice reps. In high school, Brown never struggled with throwing the deep ball. But it’s been Brown’s skill in short-to-intermediate passing situations that has impressed Ponce.

All in all, Ponce sees Brown making solid steps forward. The 18-year-old will keep being pushed into learning situations from Ponce and Satterfield.

Ponce, obviously, feels the tools are there. His mental understanding of App State’s offense, Ponce said, should only grow as Brown continues to mature.

“He’s a freshman, and he’s got to grow up, on and off the field,” Ponce said. “... Everything is fun in high school. You’re used to being the big dog.

“But here? Man, it’s a business. You’ve got to be on point with everything. He’s a good kid. He’s learning. He’s going to be a good one.”

Stephon Brown (right), shown during his senior year at Glenn High School, is showing signs of improvement while learning the Appalachian State offense.