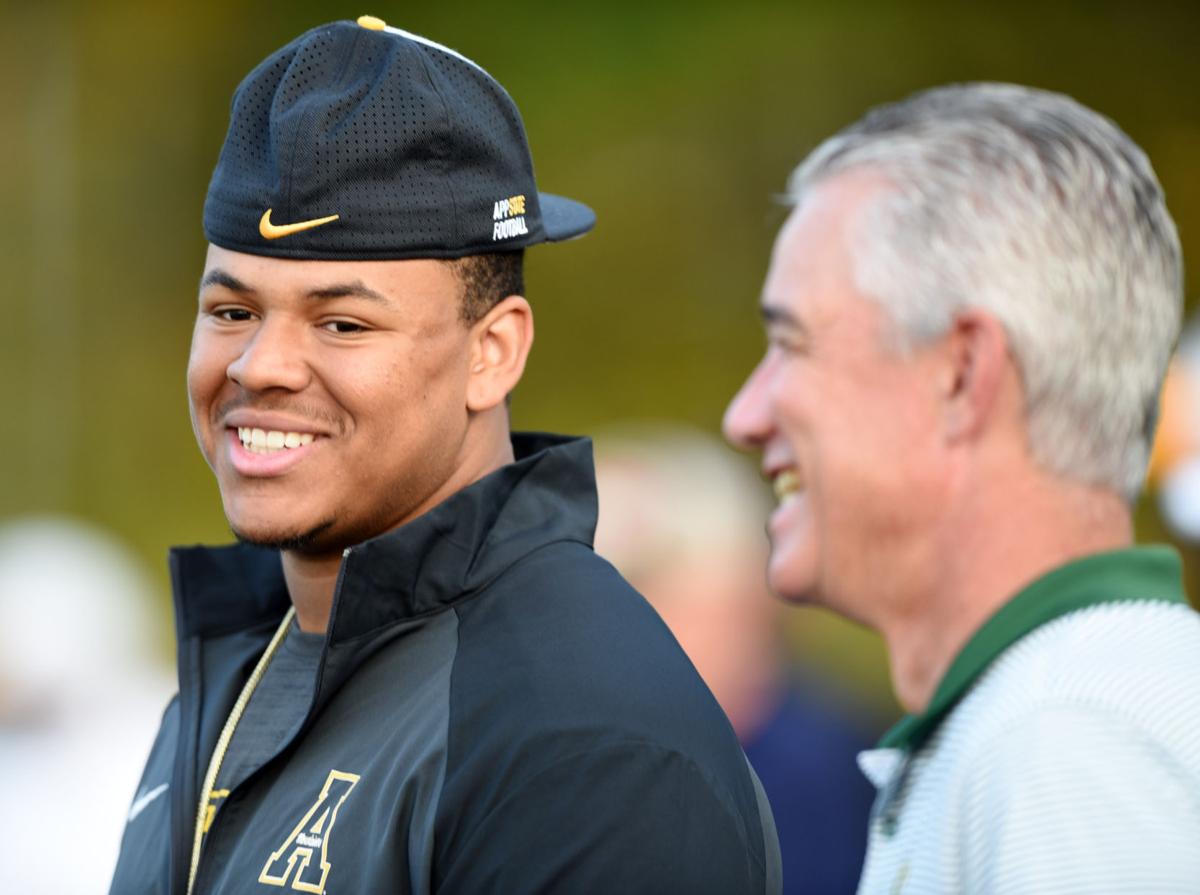 Redshirt freshman Baer Hunter, a former player at West Forsyth, has moved from defensive line to tight end for Appalachian State. “I’m learning as quick as I possibly can,” he says. 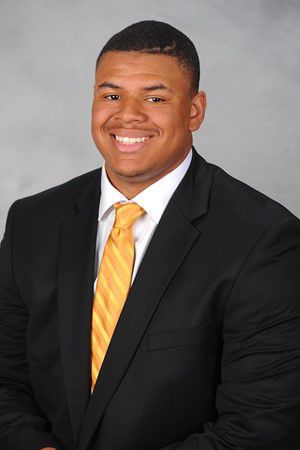 The redshirt freshman defensive end spat that out with confidence while sitting near the main lobby of the Renaissance Hotel, where he and his Appalachian State teammates are staying for today’s Dollar General Bowl.

Bowl prep and the scheduled events around the game can keep a football player busy enough. Hunter, a West Forsyth graduate, is doing all that while acclimating to a new position he’s only played for two games.

Hunter filled in as a tight end for App State’s game against Georgia State and Louisiana. He will do the same against Toledo. It’s crazy for him to even think about the transition.

“It’s actually been wild, I’m not going to lie,” Hunter said. “... Going into Georgia State, it was easy. They (coaches) just told me to go left or right. But now they’re starting to throw more at me. So at Lafayette, it got harder.

“And since we are playing Toledo, it’s gotten rough. I’m learning as quick as I possibly can. They are throwing stuff at me that people have taken years to learn. So I just learn as quickly as I can and do the best I can do.”

While the transition has been tough in some instances, Hunter deals with it gladly for the chance to see the field. Hunter has broken his left foot twice since joining the Mountaineers program.

The first injury happened during the summer ahead of the 2016 season, his first in Boone, and forced him to redshirt that season.

The second time came this spring. He got back for a week of fall camp, but he couldn’t get back into the defensive line rotation.

Instead of waiting around for playing time, Hunter tried to find it on his own. He went to Stu Holt, App State’s special teams coordinator, and asked to work into the unit. He’s become a mainstay on punt and field goal coverage.

His role at tight end, however, came on more of a whim. During App State’s preparation ahead of the game against Georgia State, backup tight end Devin Papenheim sustained an injury that forced him to miss the game. That Tuesday, App State coach Scott Satterfield looked around to find someone to fill his spot. Hunter was in Satterfield’s sightline, and the coach asked if he would like to play tight end.

Hunter said absolutely. Hunter didn’t know exactly what he had agreed to, but he fortunately had a teammate to lean on for guidance: tight end Bill Cecil.

Cecil, a redshirt senior who earned a scholarship before the start of the season, knew Hunter would need help, especially considering how accelerated the move would be.

“Thursday, he’s doing everything in the walkthrough and all of a sudden he’s in there, and Saturday he’s playing. They made that switch real fast.”

Cecil and Hunter became close as lifting partners during spring and summer workouts. Cecil also dealt with nagging injuries, just like Hunter has. So when Hunter came to work with the offense, Cecil provided guidance. Cecil played linebacker for the Mountaineers until his redshirt sophomore year, as well, helping him understand the switch even more.

Deciphering play calls became the steepest part of Cecil’s learning curve. He tried to alleviate that struggle for Hunter.

“As far as the blocking goes, I always enjoy blocking and some of our schemes aren’t too difficult to pick up on,” Cecil said. “But the real difficult part is hearing the whole play and, especially in the beginning, figuring out what that means to me.

“Because there are some things they signal out that don’t mean anything to us.”

Cecil makes it a point to remind Hunter that mistakes are OK. And really, all Hunter can do is laugh at any miscue, learn from it and move on.

“Sometimes at practice, I’ll have a complete mental breakdown,” Hunter said Wednesday night. “Like today, we were doing a walkthrough, and I totally didn’t block the right guy.

“Coach (Nic) Cardwell is screaming and yelling, but Bill Cecil has always been there to help me. ... He’s always been a great leader for this team.”

Hunter hasn’t had a catch yet. He doesn’t know if that chance will come today against Toledo, either. But he’s at least found a way to be on the field.

Does Cecil think Hunter has the hands for it, though?

A preview of the Appalachian State-Troy football game:

A preview of the South Alabama-Appalachian State football game:

Redshirt freshman Baer Hunter, a former player at West Forsyth, has moved from defensive line to tight end for Appalachian State. “I’m learning as quick as I possibly can,” he says.