CHARLOTTE — When Doug Gillin took over as Appalachian State’s athletics director two years ago, many fans had the same two requests.

They wanted him to schedule a football game in Charlotte and revive the series with East Carolina.

As Gillin appeared in Bank of America Stadium on Tuesday for the announcement that App State will play East Carolina in the Carolina Panthers’ home stadium in 2021, he was able to think back to those conversations and declare, “With this, we were able to accomplish both.”

Based on a preexisting deal between the Carolina Panthers and Charlotte, which aims to bring a high-profile college football game to Bank of America Stadium each year, it can serve as a rent-free host for the App State-ECU matchup. The Mountaineers will still have six home games in 2021, as well.

“This is such a good game, we think, for college football and certainly college football in the state with kind of an east-and-west rivalry, two great schools with great, historic programs,” Gillin said. “What East Carolina has done on the football field historically has been amazing, and the same with Appalachian. Now that we are both FBS, it just lends itself to a tremendous rivalry here in town.”

The Mountaineers haven’t played in Charlotte since 1971, but they are scheduled to go there in 2018 for their first game against the Charlotte 49ers, who began competitive play in 2013.

App State holds a 19-12 series lead against East Carolina, but they’ve played only twice since 1979, with the Pirates claiming home victories in 2009 and 2012. ECU left the Southern Conference after the 1976 season as part of a transition to Division I-A independent status, and Appalachian moved from the Southern Conference to the FBS-affiliated Sun Belt Conference before the 2013 season.

The upcoming series is structured to resemble East Carolina and Appalachian State having two home games apiece, except the Mountaineers are taking one of their games to Charlotte.

There are financial incentives for ECU to sell single-game tickets for the App State matchup in Charlotte and 2021 season tickets based on how the Appalachian game fits into that package. The Mountaineers also stand to benefit financially, as App State will receive money from every ticket sold and all the revenue from its ticket sales for a game in an NFL stadium with more than 75,000 seats — or roughly three times the capacity of Kidd Brewer Stadium.

That revenue will help Appalachian State because its 2021 schedule doesn’t include a hefty payout from a one-time “money” game at an SEC school or another Power Five program. App State’s game at Miami in 2021 concludes a home-and-home deal that began with the Hurricanes’ 45-10 win in Boone last year, and the trip to south Florida is scheduled for the weekend immediately after the ECU game in Charlotte.

“This game, for us, financially, could be a really good game for us so we don’t have to go play another Power Five game,” Gillin said.

Appalachian, which received $1.15 million to open the 2016 season at Tennessee, will begin the 2017 season at Georgia and play at Penn State in 2018. With 2021 games in Charlotte and at Miami, App State will still have six home games in Boone that year, as Marshall and Elon currently fill the two nonconference dates.

The Mountaineers have played only once in an NFL stadium, beating Georgia State in the soon-to-be-demolished Georgia Dome in 2015. ECU has played in Bank of America Stadium five times, beating N.C. State in 1996, defeating West Virginia in 1999, losing to N.C. State in 2004, winning against Virginia Tech in 2008 and falling to South Carolina in 2011.

“Believe me, (ECU coach) Scottie Montgomery and his staff are very excited coming in and being able to play in an NFL stadium, that’s for sure” said ECU athletics director Jeff Compher, who hired Montgomery before the 2016 season. “It’s really an exciting time for our university. We look forward to bringing Pirate nation to town and making this a true event.”

A preview of the Marshall-Appalachian State football game:

App State rallies to beat Marshall in a nail-biter 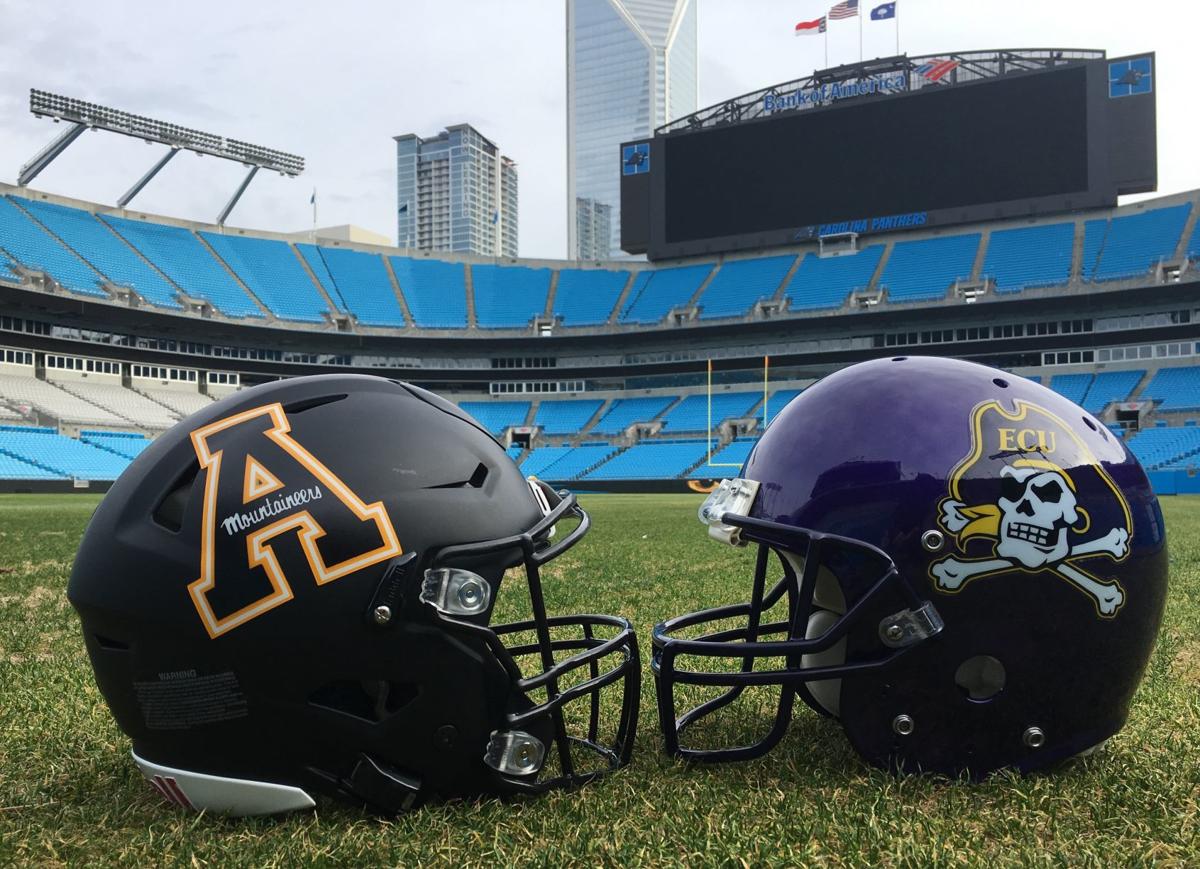 Appalachian State and East Carolina will meet in Charlotte’s Bank of America Stadium on Sept. 2, 2021. 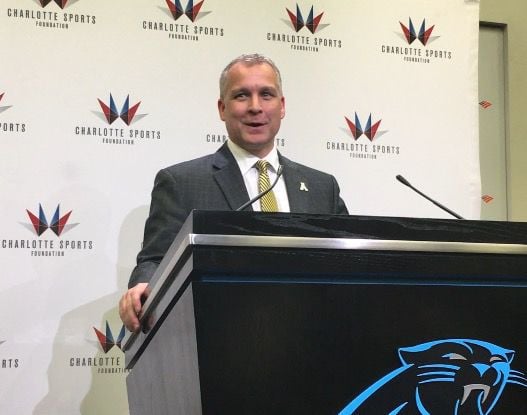