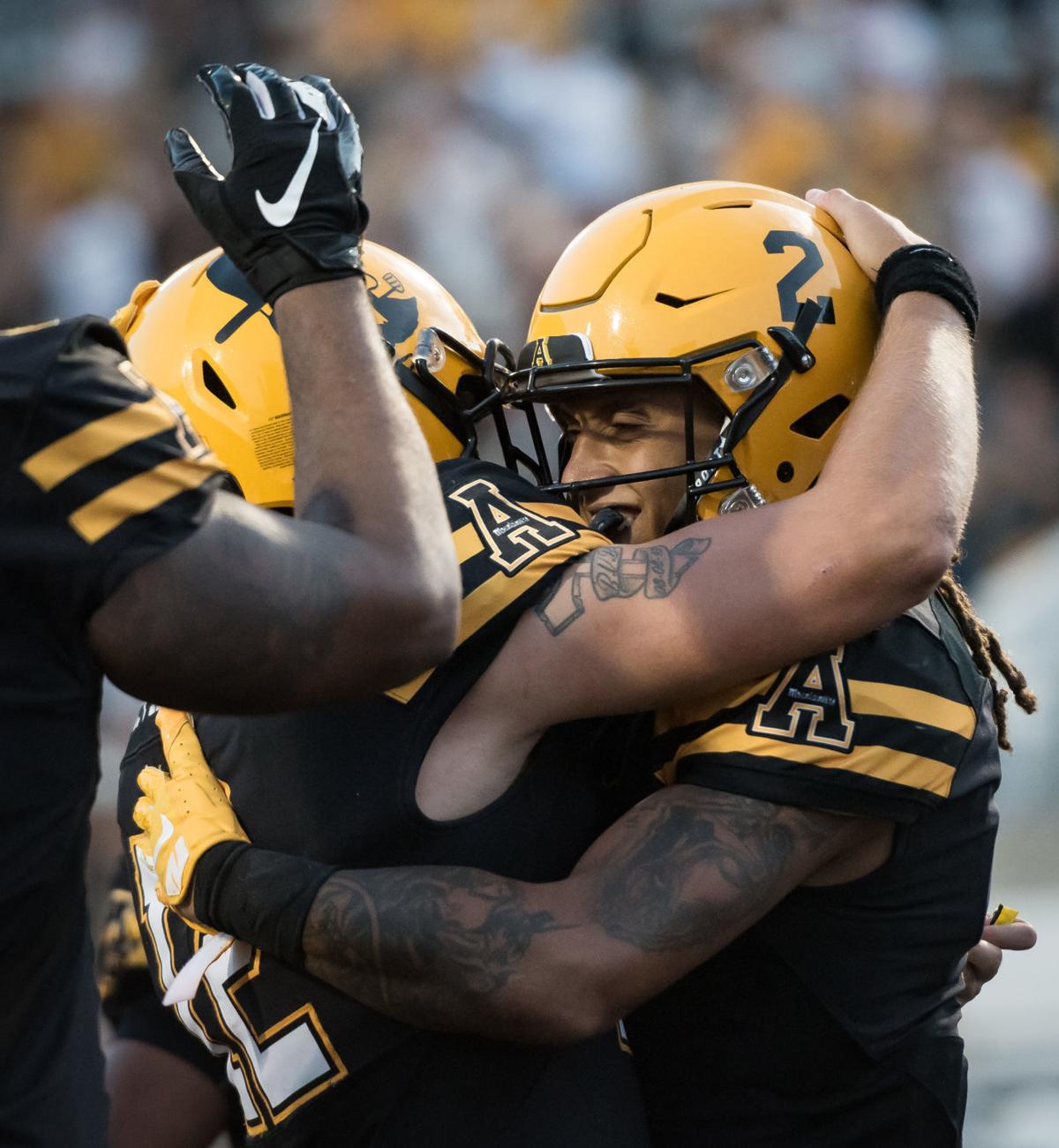 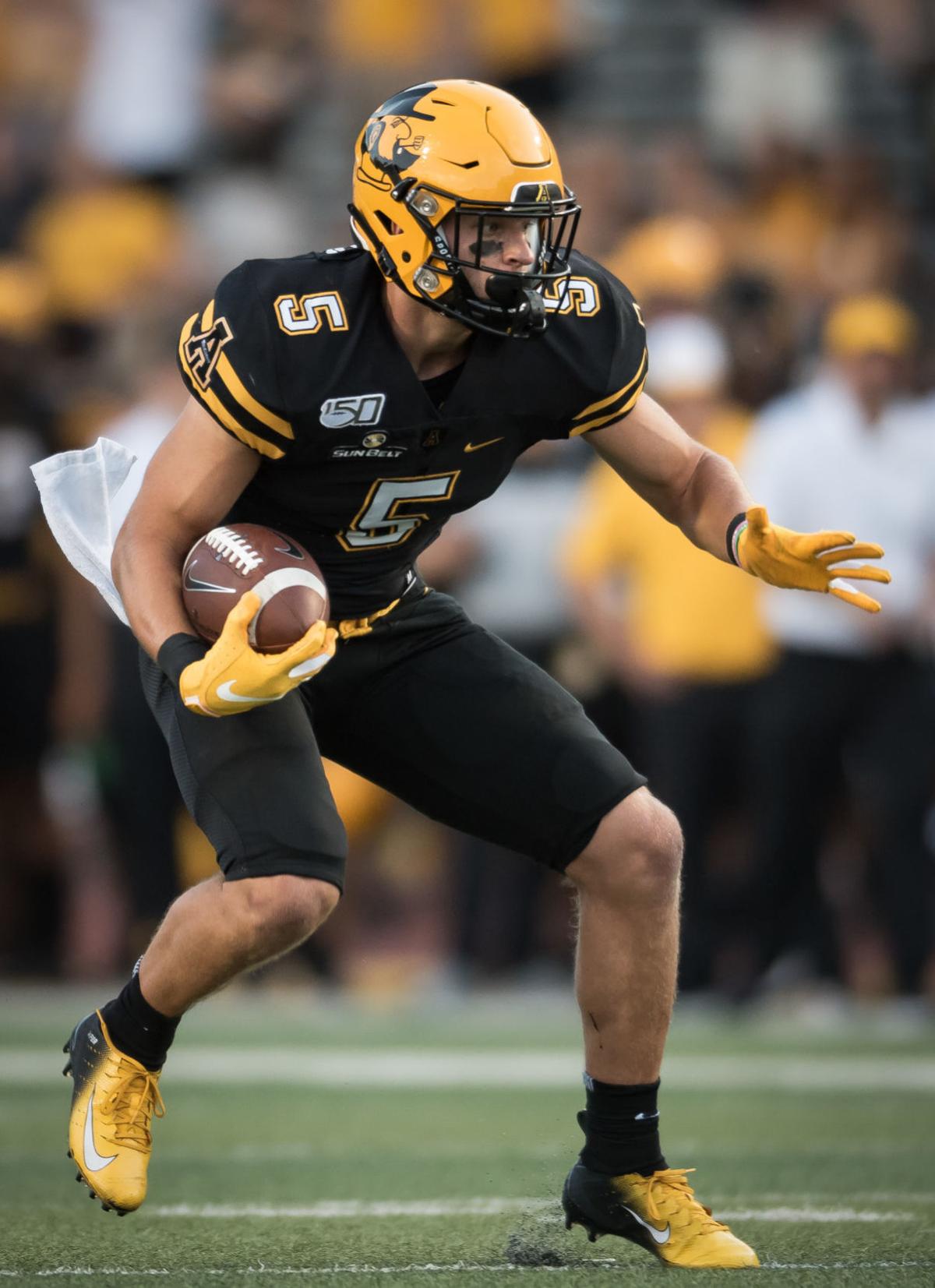 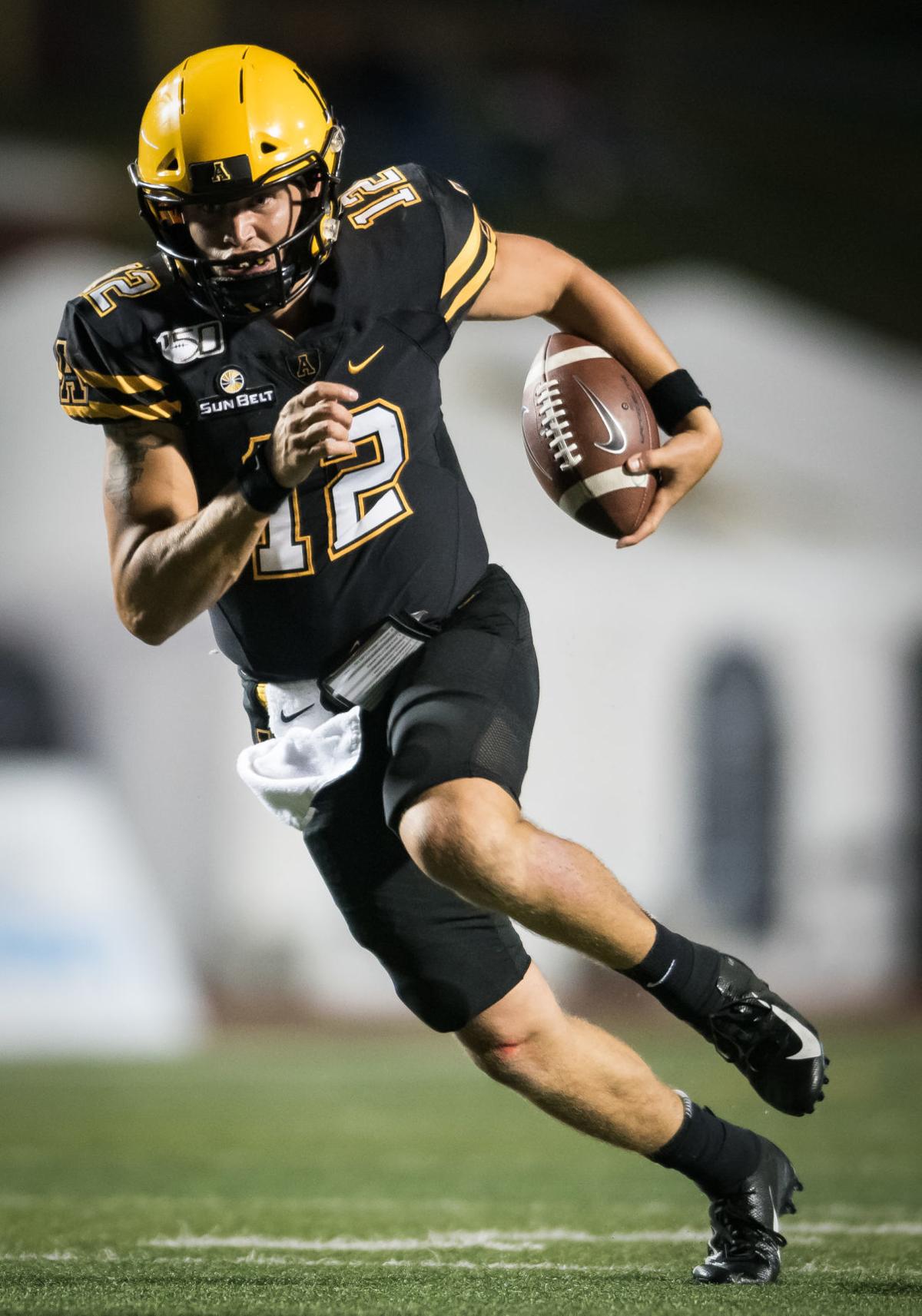 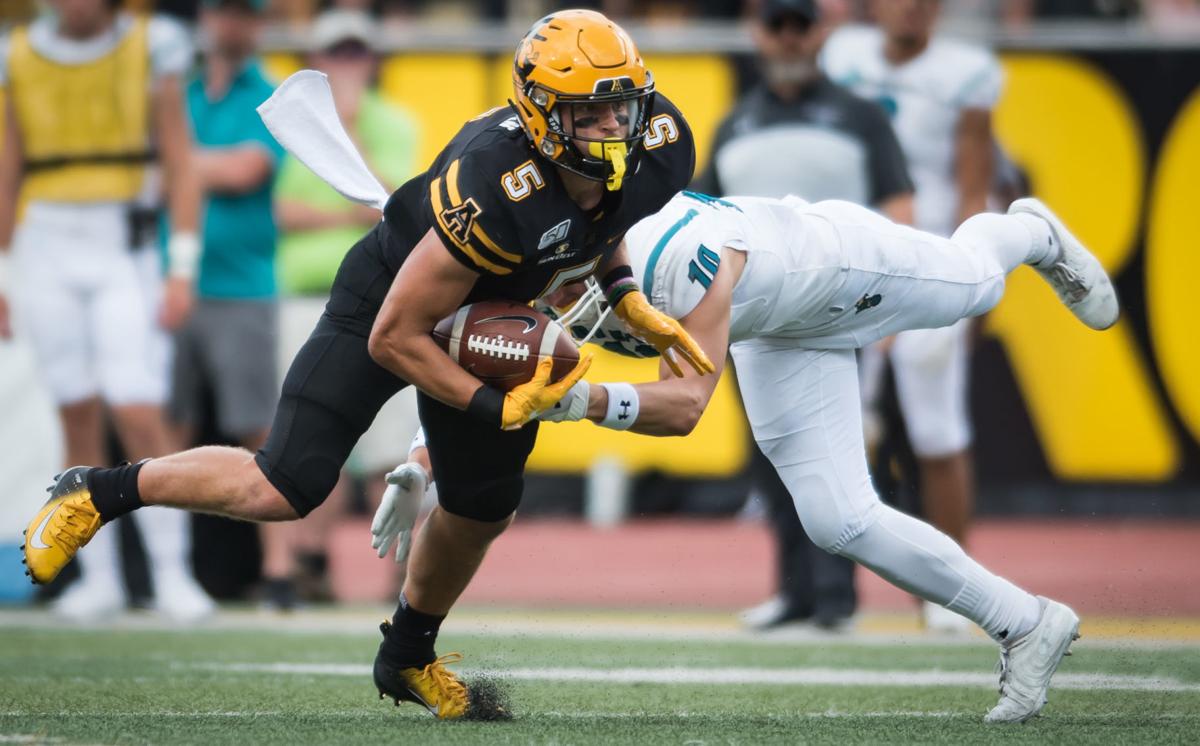 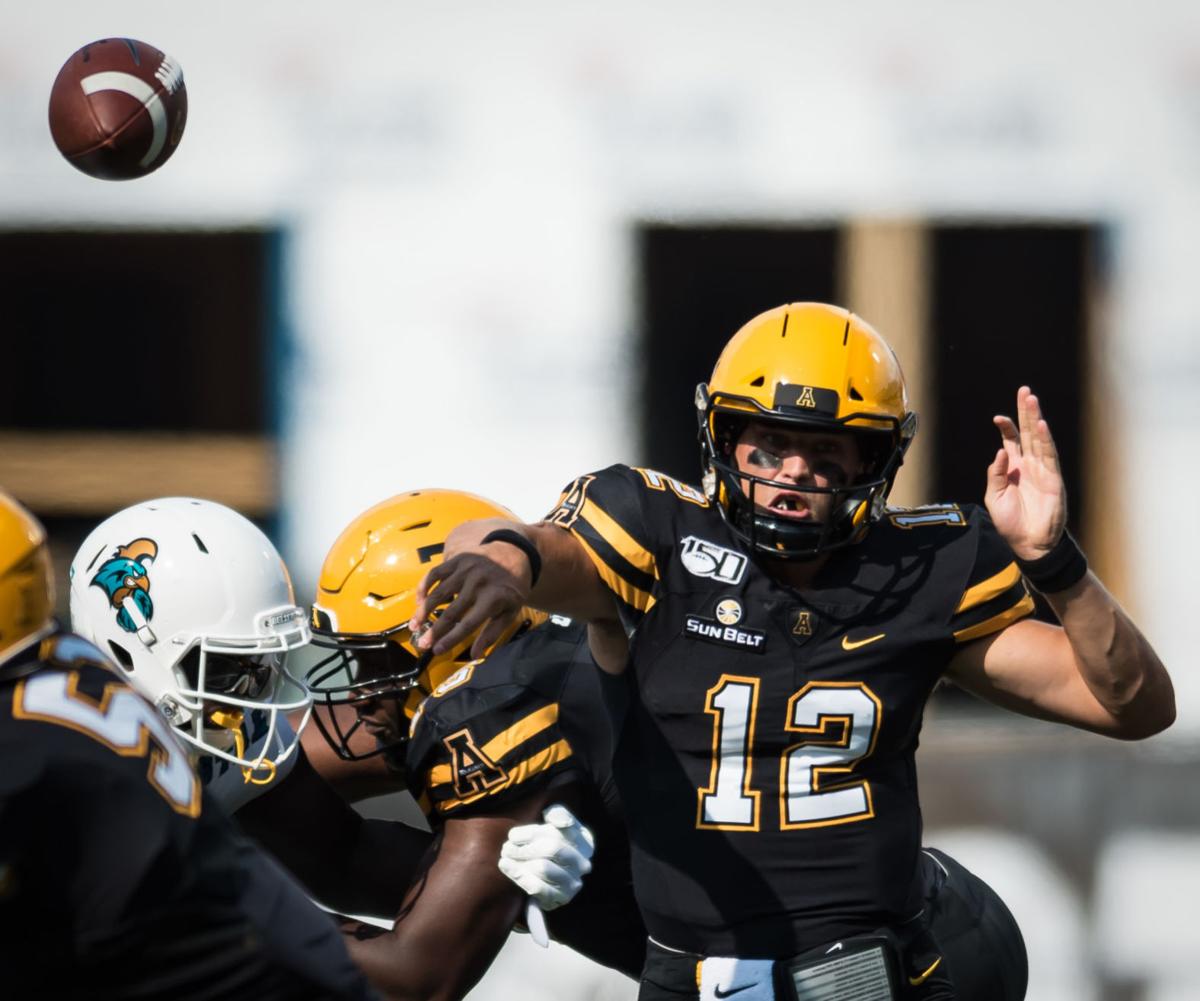 Thomas Hennigan has been rejuvenated. Malik Williams has been invigorated. It became more lethal with the addition of Corey Sutton last week.

But Zac Thomas, the Mountaineers starting quarterback, felt the offense needed to go a step further with its Sun Belt Conference opener against Coastal Carolina on Saturday. After a 56-37 victory, mission accomplished for Appalachian (4-0, 1-0 Sun Belt).

“We had to make a statement as an offense,” Thomas said. “We’ve put up some pretty good numbers in the past two weeks, but I think this game really set us apart as an offense.

“A lot of things were clicking. Even when stuff wasn’t clicking, we were still making plays. This offense is really, really good.”

The trio of Hennigan, Williams and Sutton is an established product — forming App State’s 2018 starting wideout corp. It’s clear, however, that the offense installed by first-year head coach Eli Drinkwitz can capitalize with any of them at any time.

Against the Chanticleers, all three had at least 75 yards: Hennigan led the group with 89 yards on five catches; Sutton had 76 yards on five; and Williams was right behind with 75 on six. They had at least six receptions and 50 yards apiece against North Carolina, Sutton’s first game back after a two-game suspension for breaking team rules.

They were all put on display throughout the game Saturday.

Thomas started by connecting on his first nine passes. His first was on a third-and-7, threading a ball to Williams as he ran from left to right and creating enough space to catch and run for 35 yards. The second drive featured Thomas hitting Sutton on a 48-yard catch down the App State sideline on the first play, followed by a Collin Reed touchdown two plays later.

The quarterback started a scoring drive in the second quarter by finding Hennigan for a 55-yard gain. That drive ended with a Marcus Williams touchdown, breaking the last tie of the game (21-21).

They do so, Thomas said, by keeping their approach simple.

Coastal Carolina entered the game with the seventh-best defensive mark in the nation (254.3 yard per game), allowing 147.5 yards from the pass. App State racked up 223 yards by halftime as Thomas spread the ball around.

Thomas said afterward that Drinkwitz’s offense challenges him to stay in the pocket more.

The redshirt junior is a dual-threat quarterback, demonstrating that with a 2,000-yard passing, 500-yard rushing season in 2018. He still has the liberty to run, but he’s trying to use his weapons more.

During the offseason, part of his focus was spent on managing risk. He realized he sometimes can make plays with his legs. But other times — like when he left the Georgia Southern game last season with a concussion — he couldn’t.

Thomas said it’s helped his understanding of his position.

“I think we pride ourselves on that we have good receivers,” Thomas said. “They got to make the plays, and it’s a lot better when you put the ball in their hands and they make the plays instead of you.”

They’ve all benefited from a stout running game, spearheaded by Darrynton Evans. Evans has nine rushing touchdowns through the first four games. Against CCU, three App State running backs scored — Evans and Marcus Williams each had two, and Daetrich Harrington had one.

Malik Williams, who has registered at least six catches and 73 yards in the last three games, said he’s starting to thrive because of the study time he’s put in. He might have been talking for Hennigan and Sutton, too, given the recent results.

“You’ve just got to read the defense before the play starts. I mean, just real easy for us now.”