Finally, App State players say, the defense gets back to its dominant ways
0 comments
Share this
1 of 3 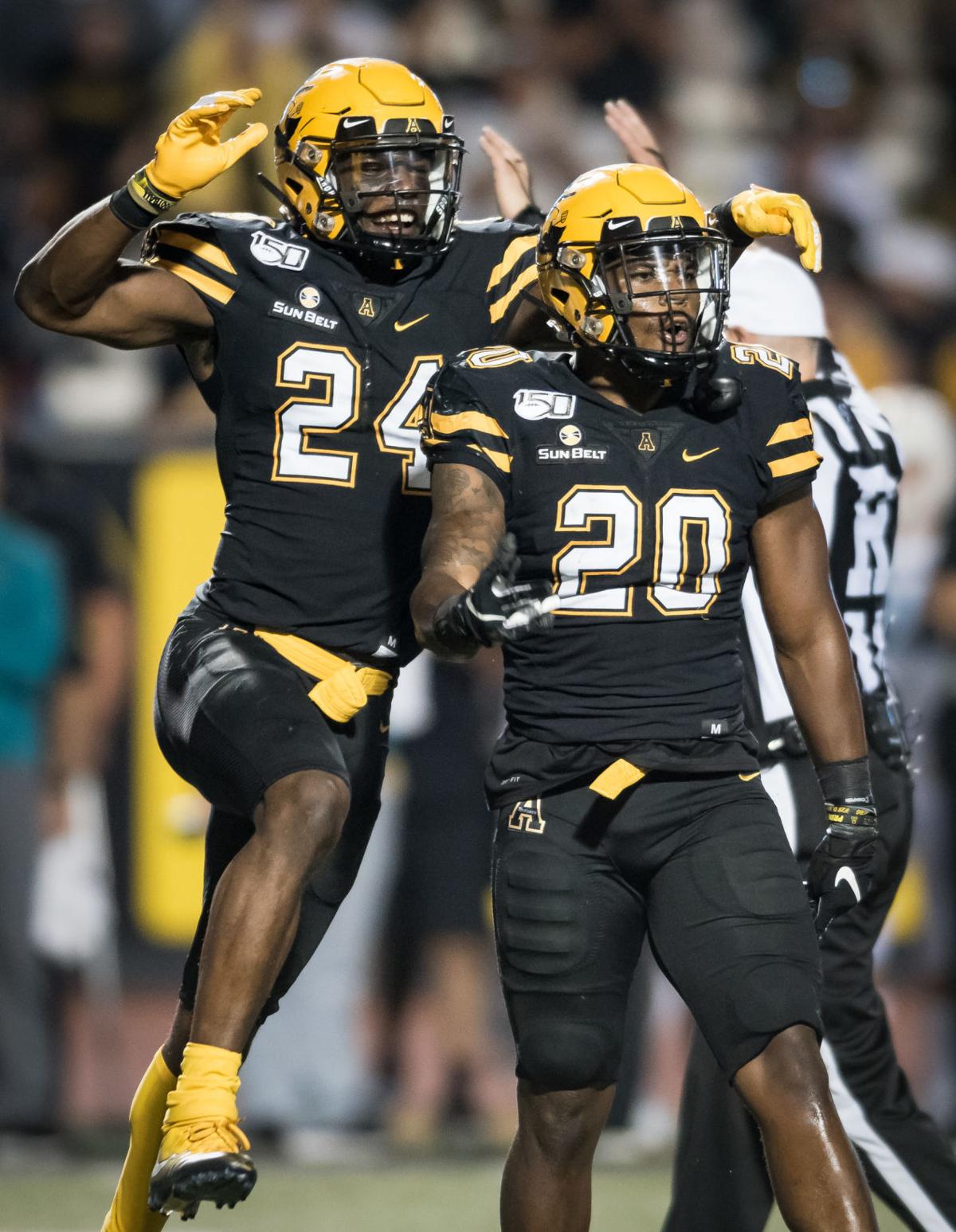 Outside linebacker Akeem Davis-Gaither of Appalachian State (24), here with fellow outside linebacker Noel Cook (20), challenged the team’s seniors before Wednesday’s game against Louisiana. 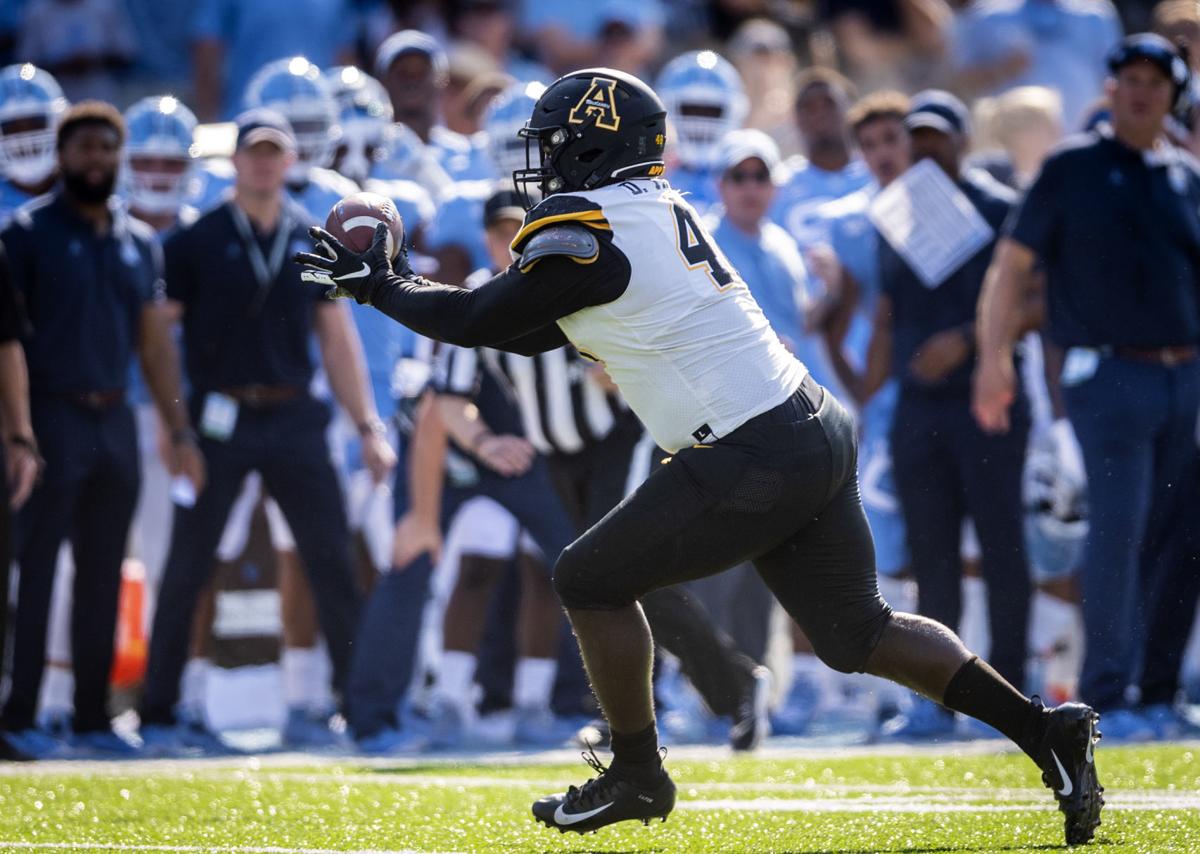 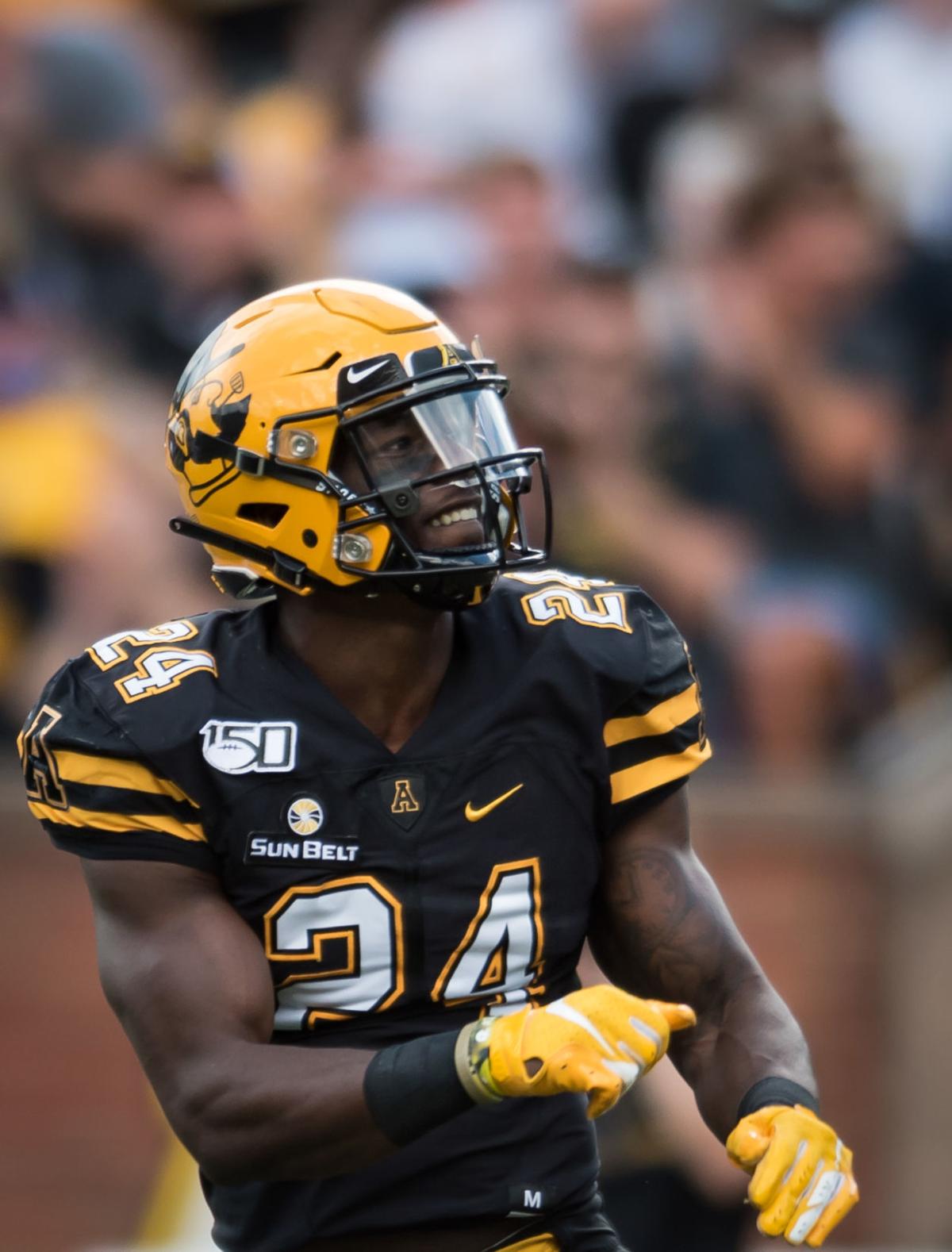 That became clear with a monstrous shove of a sack to open the game. The Mountaineers’ defense, struggling to find consistency this season, finally buckled down and pieced together an all-around wrangling of a potent offense.

App State (5-0, 2-0 Sun Belt) held the nation’s ninth-ranked offense to 254 total yards, keeping a three-headed rushing attack to its lowest yardage total of the season in a 17-7 victory against Louisiana. For Demetrius Taylor, it was about responding to a challenge from earlier in the week.

“We knew it was going to have to be a team effort,” Taylor said. “It can’t be individual efforts because when we play like a team, that’s what you get out there. You just get momentum.

“When you see another guy making plays, you want to go make a play, and it just trickles down to everybody. Seeing that was just like, ‘Yeah, we’re winning this game.’”

Taylor took that to heart, using App State’s first defensive play to notch his first of two sacks by pushing down Louisiana quarterback Levi Lewis like a rag doll.

That play was what Akeem Davis-Gaither hoped to see early. The senior outside linebacker said he had been disappointed with the defensive efforts so far — a team returning six starters from a defense that allowed less than 16 points per game in 2018.

Charlotte scored 41 points on App State, North Carolina scored 31, and Coastal Carolina scored 37 in the Sun Belt opener. The Mountaineers were 4-0 through their first four games, but the defense was by no means happy.

It’s why Davis-Gaither issued an ultimatum to his teammates, mentioning the same to defensive coordinator Ted Roof, about what to focus on during the week-plus of preparation for Louisiana.

“We watched last year versus these guys, and it wasn’t the playcalling,” Davis-Gaither said. “It was guys just flying around and playing hard.

“I tested the seniors. I was like, ‘We’ve got to figure out what we needed to do.’ And it started in practice. Practicing hard, flying around and things like that. I tested really all of the starters; I was like, ‘The younger guys are going to piggyback, so it starts with us.’”

The game started with Taylor’s first sack and a forced three-and-out. The Ragin’ Cajuns got only two first downs in the first quarter.

The Mountaineers mounted a goal-line stand in the second quarter, keeping UL away from the end zone. First, redshirt freshman nose tackle Jordon Earle and sophomore Trey Cobb combined for a touchdown-saving tackle on Trey Ragas. Then Taylor and senior Noel Cook stopped Elijah Mitchell at the App State 1 for a turnover-on-downs.

“Man that swings momentum right there,” Taylor said. “They’re thinking they’re going to score, and we stop them right on the goal line. ... We put ourselves in that situation, but we bowed up when it was time and got it done.”

Louisiana still found its success in spots. The Ragin’ Cajuns converted first downs. They closed the first half with a game-tying score. They found ways to start pushing successful drives, but App State found ways to deflect.

And according to Davis-Gaither, it all stemmed from the defense getting back to its nature of flying around and mobbing the ball.

“We go by the motto, ‘One person make a play, the whole defense make a play,’” Davis-Gaither said. “I love to see the younger guys step up and make plays and just have fun.

“That’s what defense is all about — coming together and destroying the offense.”

Unlike the previous four games, the App State offense didn’t pour on points. It made important defensive moments even more crucial. And eventually, the Mountaineers found their scoring chances.

Zac Thomas, App State’s starting quarterback, ran for two touchdowns during the victory — one in the first quarter and one in the fourth quarter. Without the defense’s dominant day, Thomas said, the pressure for production would’ve been worse.

The defense provided the moments that gave App State its control.

“I mean, they killed it. That’s all I can say,” Thomas said. “They went out there and they kicked butt. It’s very rewarding as an offense knowing that you have such a good defense that’s going to go out there and make plays when you need them to.

“We owe all the credit to them. They kept us in this game all night.”

App State is on track. Beat writer Ethan Joyce? Not so much.

Ethan Joyce opted out of writing a column for this newsletter after pulling an all-nighter in Lafayette. That’s not nearly as fun as you might think.

Outside linebacker Akeem Davis-Gaither of Appalachian State (24), here with fellow outside linebacker Noel Cook (20), challenged the team’s seniors before Wednesday’s game against Louisiana.