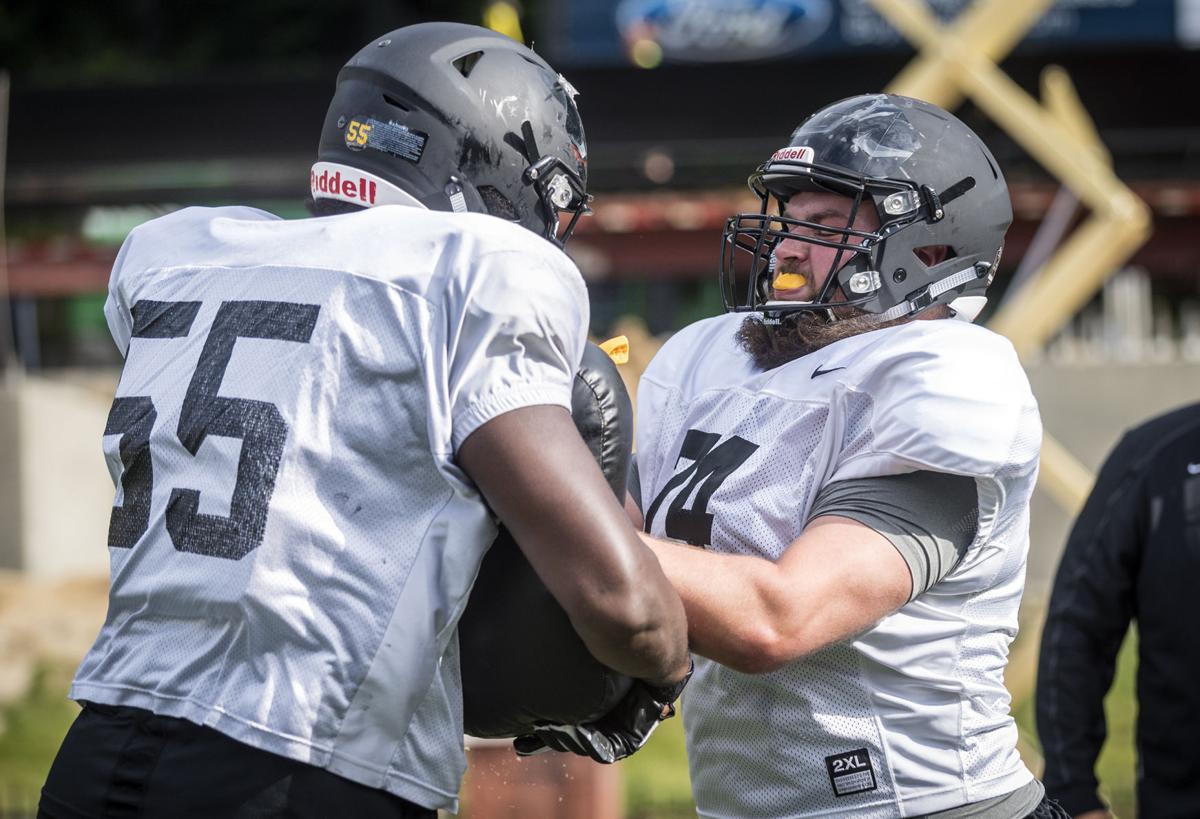 Offensive lineman Brock Macaulay (74) is playing for the Mountaineers as a graduate transfer from Kent State. 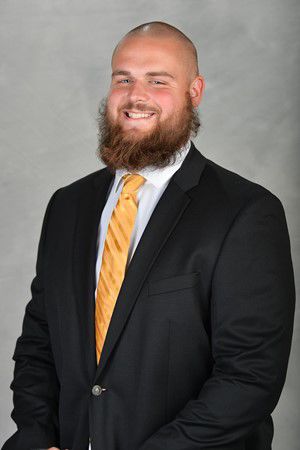 BOONE — Former Ohio State star Joey Bosa lined up against Brock Macaulay as he made his first college start as a redshirt freshman.

Macaulay will enter his final season as a reserve offensive lineman, but he’s excited about his place in Appalachian State’s program after arriving as a graduate transfer from Kent State, where he once played for App State co-offensive coordinator Shawn Clark.

“I was looking for a new opportunity, a place to finish out my career,” Macaulay said. “App State, it all fell together and was perfect. Coach Clark helped me out, so I’m very appreciative of that. A beautiful area — it’s hard not to like this place.”

Capable of playing either offensive tackle or guard position, the 6-foot-6, 290-pound Macaulay should improve the depth of a line that has returning starters at three of those four spots. Another returner with starting experience, Tobias Edge-Campbell, is a possible starter at left guard, although junior Chandler Greer and redshirt freshman Cole Garrison have also had first-team reps there.

“Any time you can get around good players, it helps you elevate your game, and that’s what those guys do,” Macaulay said. “They’re real leaders who take control of the O-line.

“My only expectation is to go out there and give it everything I’ve got for this team. That’s all I can do. They gave me the opportunity, so now I have to take it as far as I can.”

Clark arrived at Kent State at the same time as Macaulay, who signed as a 225-pound tight end from Ohio and moved to the offensive line before starting in six of his 11 appearances as a redshirt freshman in 2014. Clark said Macaulay played well in his first start against Bosa, who became a No. 3 overall draft pick.

Macaulay started all 12 games for the Golden Flashes in 2015, and Clark left Kent State for App State before a 2016 season in which Macaulay had only two starts in eight games. He committed to joining the Mountaineers as a graduate transfer with immediate eligibility in late May.

“To get a chance to watch him grow and shine on the football field has been nice,” Clark said. “He’s a smart guy and knows the offense already. He’s jelled with our players. I think he’s an Appalachian guy.”

After wearing No. 74 at Kent State, Macaulay was able to keep the same number at App State because of starting left tackle Vic Johnson’s preference to switch from No. 74 to No. 75, former center Parker Collins’ number in 2016.

Six linemen accounted for most of the snaps last season, one sign of relatively good health up front, but Clark also established a goal of improving the line depth. Macaulay, Greer, Garrison and whoever isn’t named the starting center in that competition are in the mix to contribute along with the more familiar names.

The relatively cool temperatures that accompany late-summer practices in Boone have been a nice change of pace for Macaulay, but he is aware that cold winters are part of the mountain experience.

“Being from Ohio,” Macaulay said, “snow is not a big deal.”

A preview of the Appalachian State-Troy football game:

A preview of the South Alabama-Appalachian State football game:

Offensive lineman Brock Macaulay (74) is playing for the Mountaineers as a graduate transfer from Kent State.