It's November, and during the next few weeks, the contenders for the Sun Belt Conference football championship game on Dec. 19 will become clear.

Louisiana and Appalachian State have squared off the last two years for the championship, both going to App State. They entered 2020 as the favorites.

Since then, Coastal Carolina has also emerged as a challenger with a fun brand of football and some sweet mullets to go with that teal.

A look at the Chanticleers, Ragin’ Cajuns and the Mountaineers, breaking down why they might or might not claim the conference crown.

Why the Chanticleers could win the conference

Have you been watching? The Chanticleers have beaten a Power Five opponent — a Kansas program that’s pretty dreadful, but still. They’ve won in grind-it-out games — a 28-14 victory against Georgia Southern where Coastal scored two touchdowns in the fourth quarter and a 30-27 victory against Louisiana, which was No. 21 at the time, on a 40-yard field goal from Massimo Biscardi. They’ve also blown out opponents — 52-23 against Arkansas State and 51-0 against Georgia State.

A lot traces back to redshirt freshman quarterback Grayson McCall, who's thrown 15 touchdown passes to one interception and puts together some performances like App State's Zac Thomas. McCall has rushed for at least a touchdown in three of the five games in which he's played. The Chanticleers balance the pass and run well in their offense (making up 243.7 yards and 197.8 yards, respectively) with a defense that is stingy against the pass (allowing 163.5 yards per game).

They’ve capitalized on a weird seasons and haven’t had major schedule issues, allowing them to step into the Group of Five’s media darling spot and stay there.

Receiving votes in both polls; ranked as high as No. 19

Why the Ragin' Cajuns could win the conference

The division they’re in. It’s no secret the West Division has trailed its counterpart in quality in the last few seasons. In the last two seasons, the Ragin’ Cajuns have lost only conference games against East opponents. Most of those have come against App State. Can Louisiana finally break the trend?

Back-to-back matchups with a combo of the two other teams in this list. If they work through their side of the conference, they’ll end the regular season at App State. That will then likely be followed up by another matchup with either the Chanticleers or Mountaineers.

They'll do that as a team whose main weakness is its rushing defense. The Ragin' Cajuns are allowing nearly 200 yards per game. App State is averaging 288.2 rushing yards, including a 404-yard performance against Campbell, and Coastal is no slouch at 197.8.

If Louisiana gets through that and handles the challenge on the ground, they will have more than earned it.

Receiving votes in both polls, ranked as high as No. 23

Why the Mountaineers could win the conference

Look who you’re talking about. The championship mentality has remained a fixture in Boone, and after some initial bumps, things could track that way again. An upperclassmen-heavy team faced an early loss to a Marshall team that has stayed on a winning course. It then lost some attention after going nearly a month without a game because of COVID-19. The defense has played tough all season, allowing 17.6 points per game, which is 15th in the nation, and ranking fourth in the country with 31 pass breakups.

An absolutely bruiser of a schedule to close the conference slate. What was originally set to be a proving stretch midway through the season is now a gauntlet to end it because of postponements. The Mountaineers will have to beat two of the conference's top teams in a three-week span, then will have to try to exorcise its Georgia Southern demons after two straight years of losing to the Eagles.

ESPN’s Football Power Index gives App State a 24% chance to win the conference, behind both Coastal Carolina (39.3%) and Louisiana (35.6%). And that stretch is likely why.

Appalachian State's Noah Hannon, Thomas Hennigan reflect on their careers and the decisions ahead for seniors

Taylor Lamb warned of this moment.

App State finds passing success and a better offensive path, even with a conference title out of reach

BOONE — For two weeks, the Appalachian State offense sat in a troubling rut. 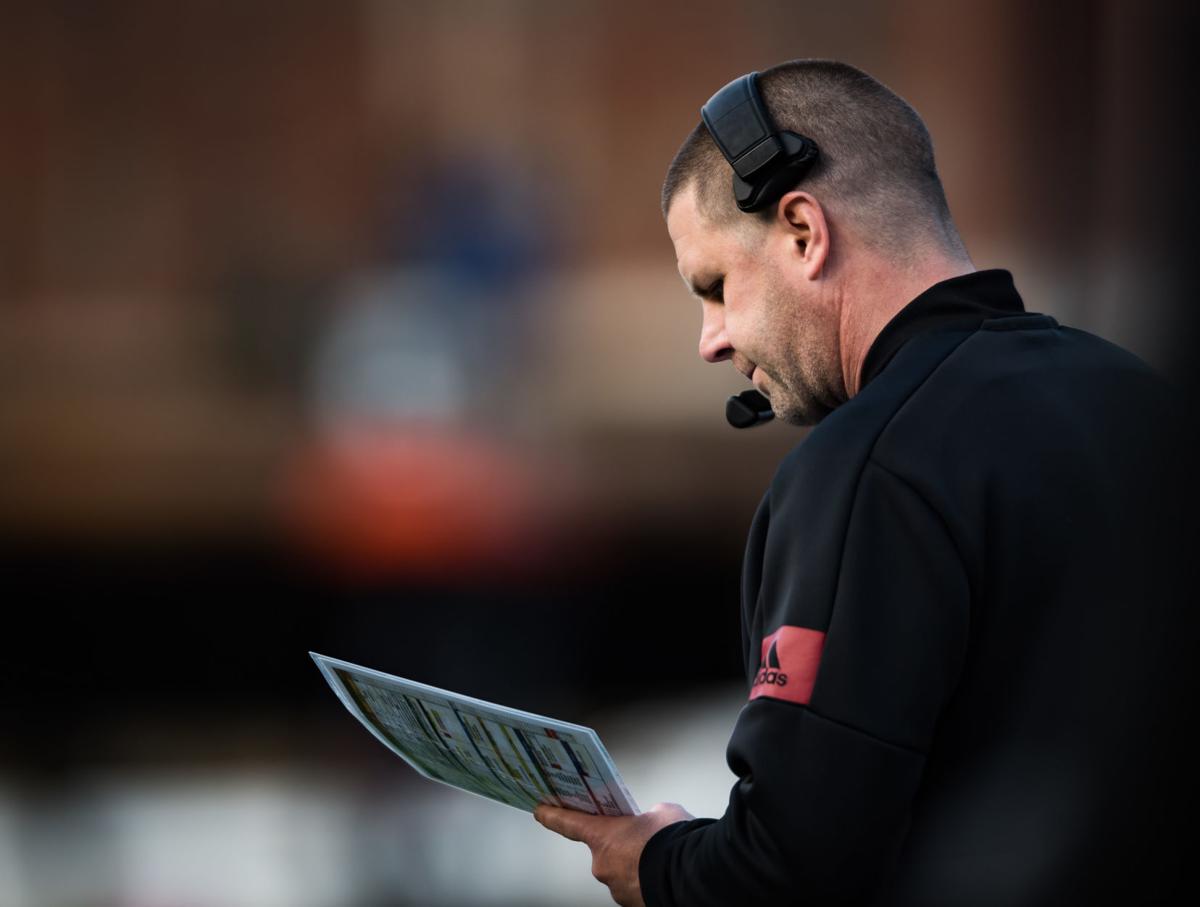 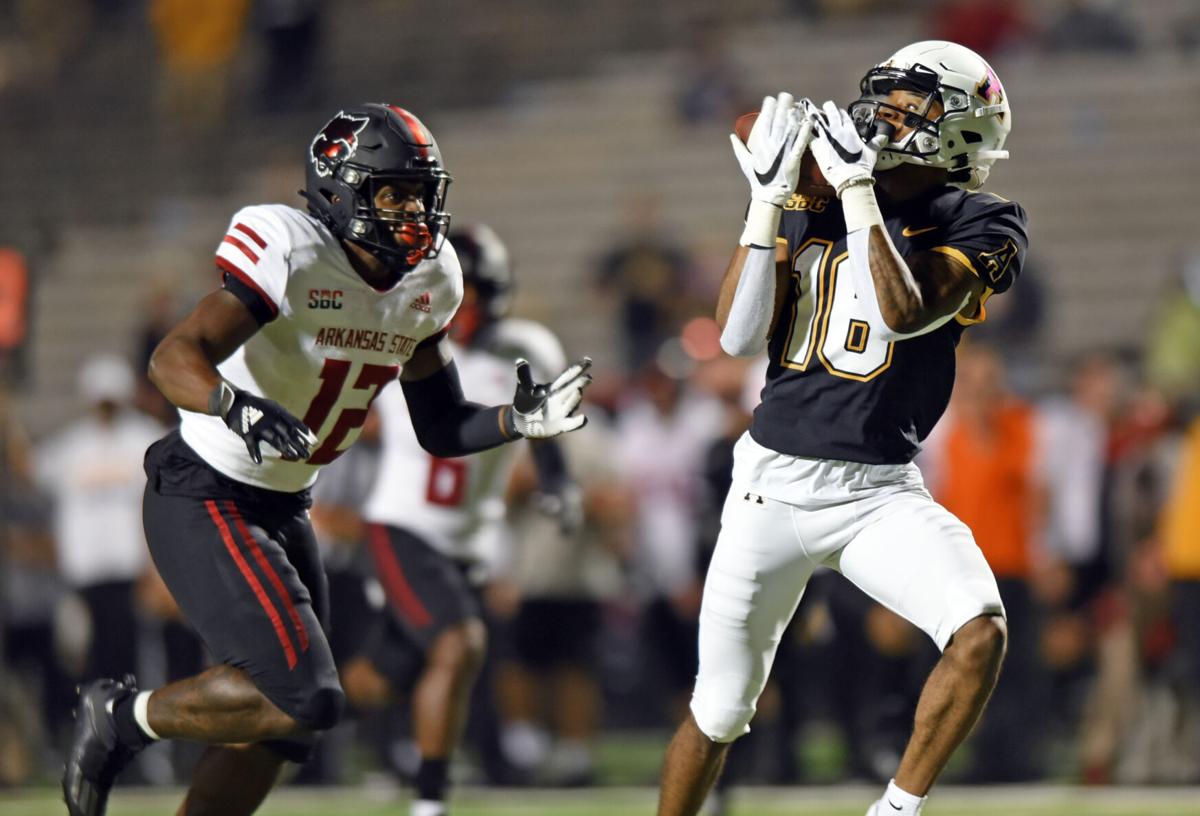