N.C. A&T will not have basketball fans at home games in December, a stretch that includes a men's matchup with crosstown rival UNCG.

Athletics director Earl Hilton announced the decision in reaction to the recent spike in novel coronavirus cases in the state.

The decision affects both the men's and women's programs. The school-issued release said conditions will be re-evaluated before the start of 2021.

The Aggies men are schedule to play three times at home in December, including a visit from Coach Wes Miller and the UNCG Spartans at 7 p.m. Dec. 22. Last season, when the two teams played at Greensboro Coliseum, 8,131 were in attendance for the 83-50 UNCG win.

The Aggies went 17-15 last season, including a 12-4 record in the MEAC. Now under Will Jones for his first full season as head coach (he served as interim for part of 2019-20), A&T opens the season Wednesday at No. 8 Illinois.

Kermit Blount, the head coach of Johnson C. Smith’s football team for the past six seasons, will not have his contract renewed.

Rams head to exam break with a 6-2 record

The graduate student, who played a key role in the Aggies' recent success, died of complications from an aneurism.

For Wake Forest's A.T. Perry, football comes down to one thing: Fun 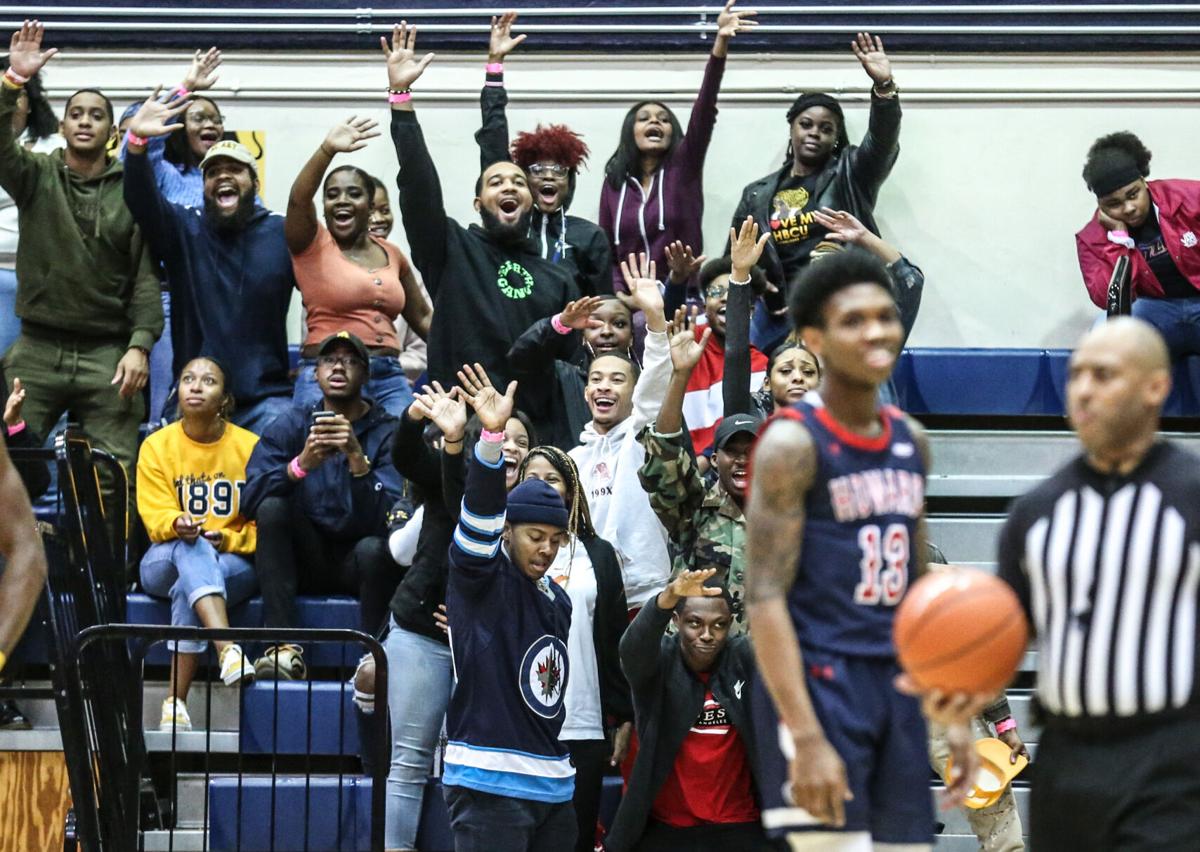 A&T fans wave goodbye to Howard's Charles Williams, who fouled out of a game at the Corbett Sports Center in February 2020. 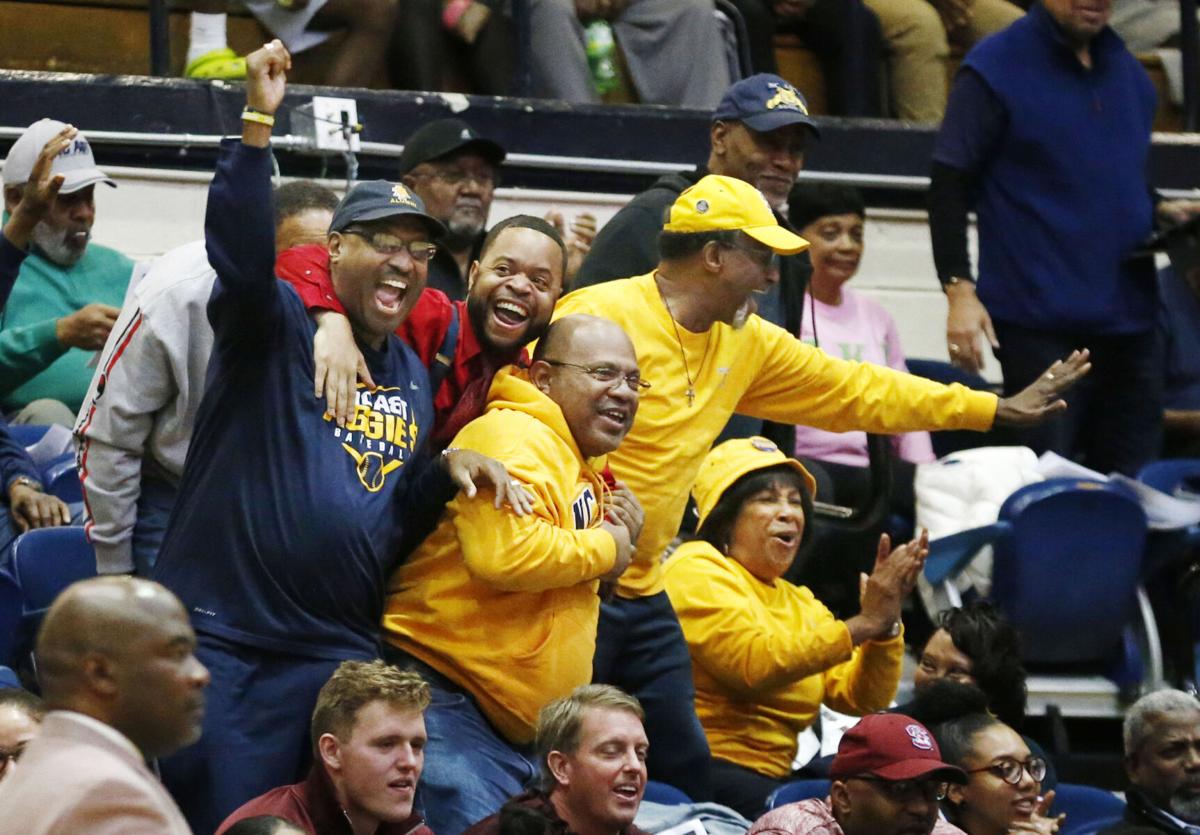 A&T fans celebrate a dunk during a game against South Carolina State in February 2020. 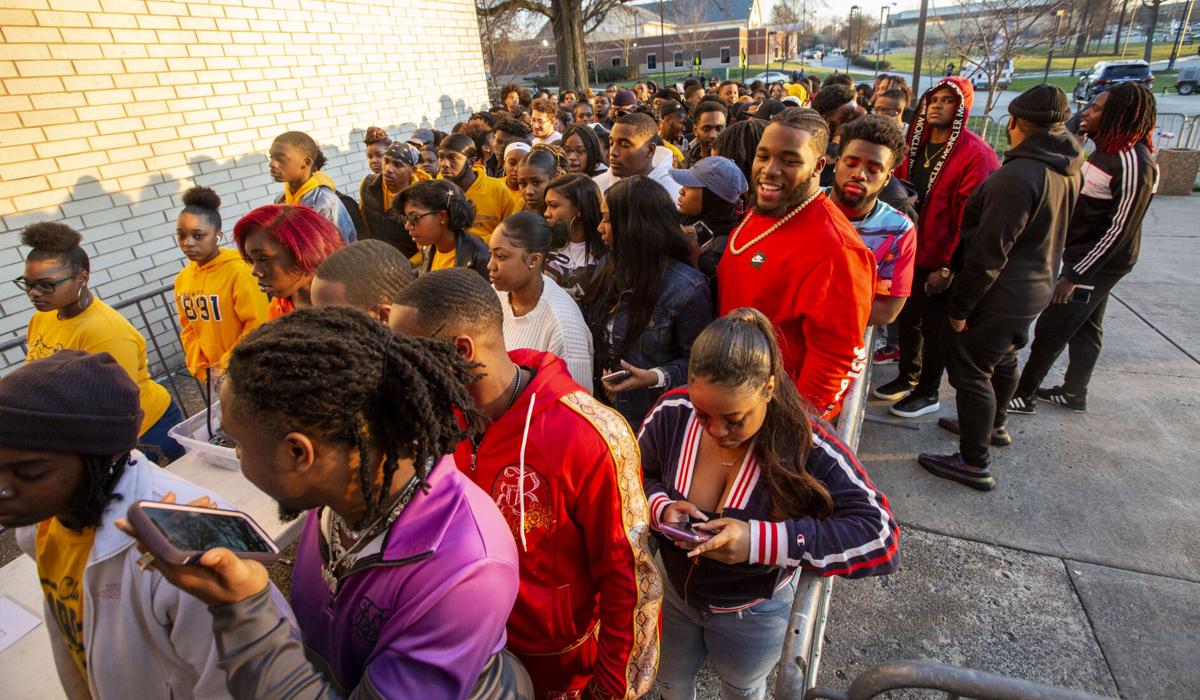 A&T students line up to enter the Corbett Sports Center before a game against N.C. Central in February 2020.