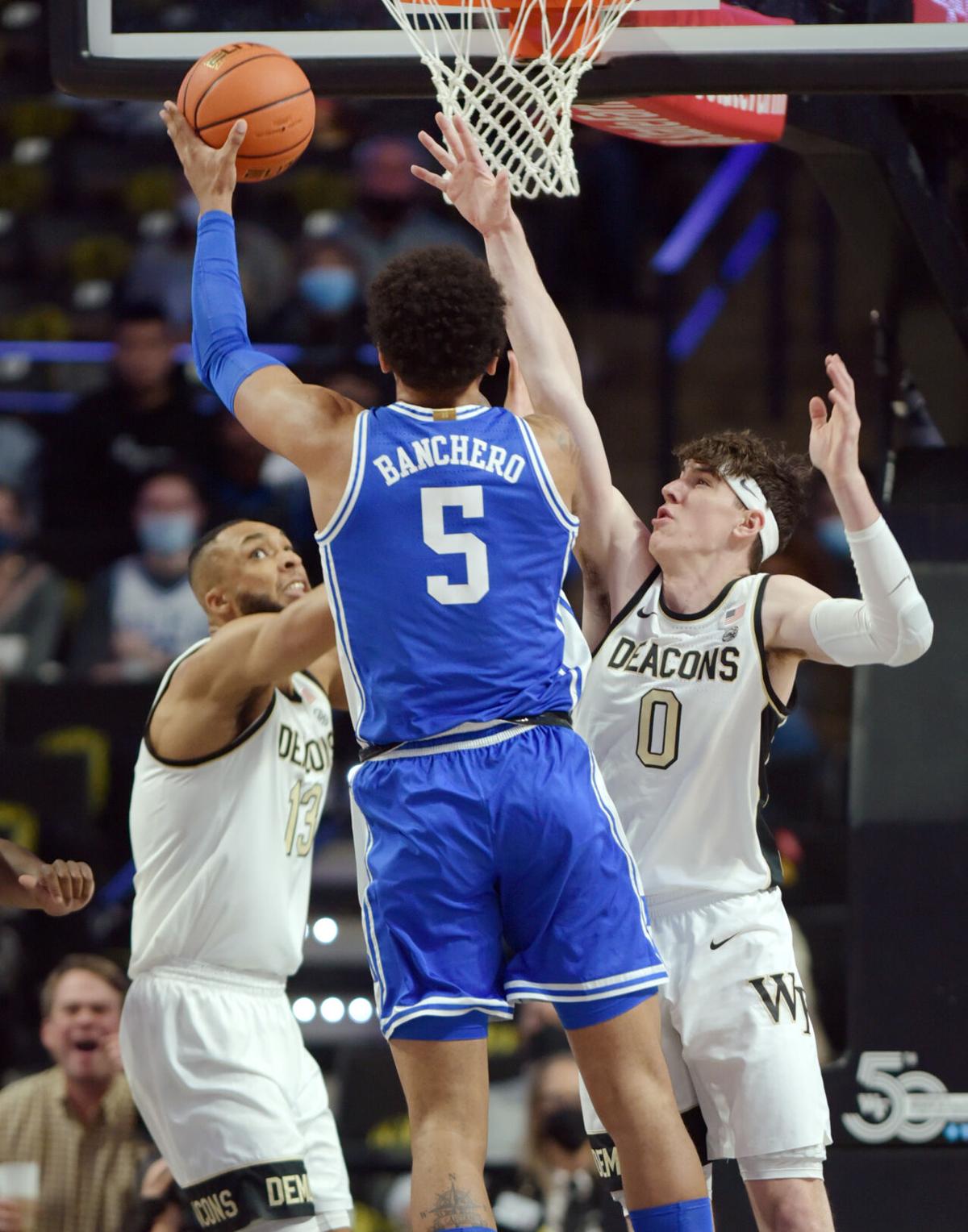 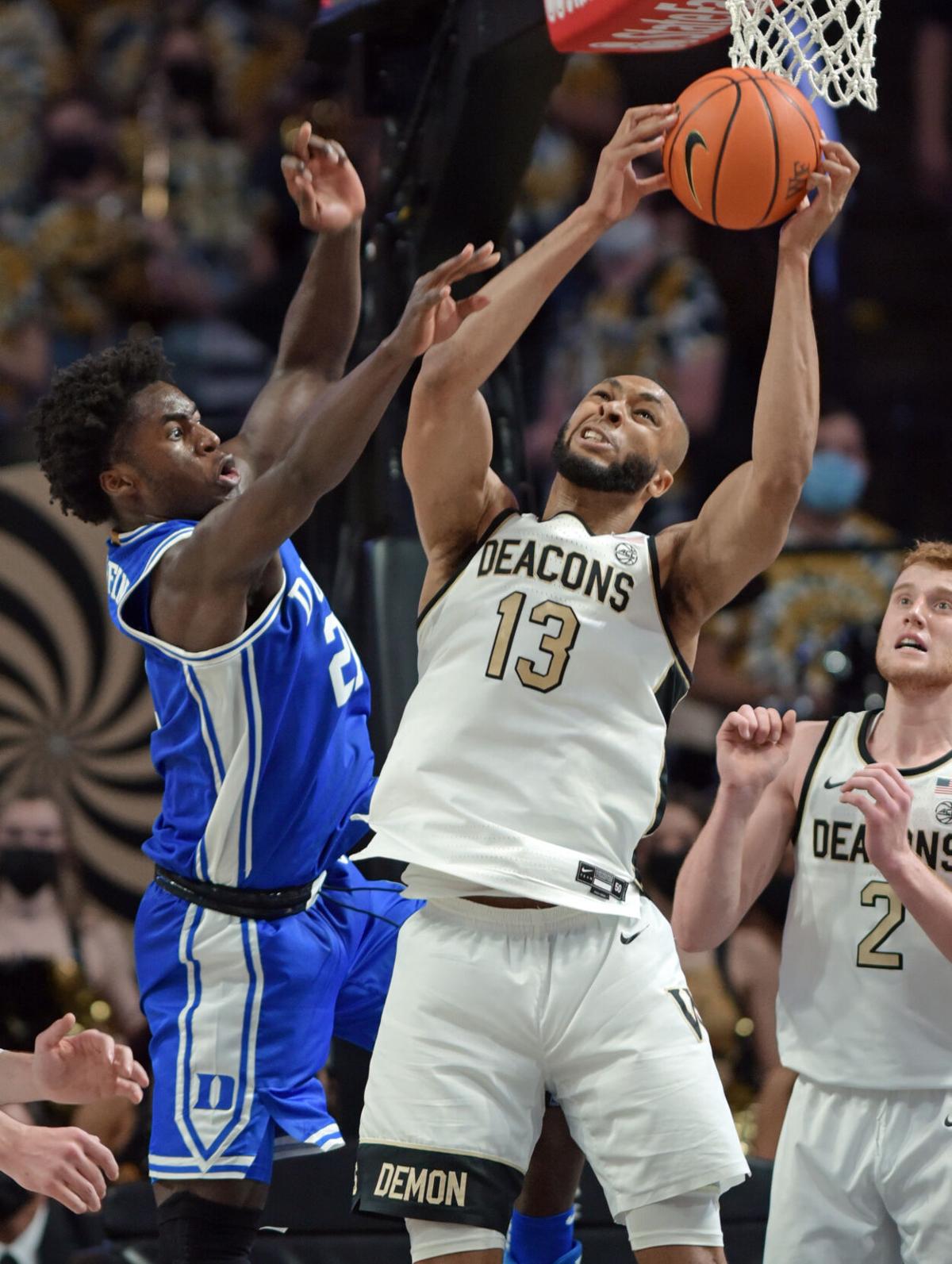 Wake Forest’s Dallas Walton pulls down a defensive rebound under pressure from Duke’s A.J. Griffin in the second half of the Blue Devils’ 76-64 win over the Demon Deacons at Joel Coliseum on Wednesday.

JEFF MILLS Special to the Journal

Why the Blue Devils won

Duke used a stretch of 13 straight made baskets late in the first half and early in the second half to pull ahead and pull away from the Demon Deacons.

Associate coach Jon Scheyer, who will become Duke’s head coach after Mike Krzyzewski’s retirement at season’s end, led the Blue Devils. Krzyzewski missed the game because of a non-COVID virus.

Joel Coliseum was almost full. The 14,665-seat building had its largest attendance of the season at 14,213.

Duke shot 61% after halftime and 51% for the game. The Blue Devils made seven of 15 3-point attempts.

“Duke did an unbelievable job imposing their will on us at the end of the first half and the beginning of the second half. They went 4-for-4 to start the second half, and we played behind the rest of the time. They were the tougher team when the game was on the line. We didn’t shoot the ball well, we have to make more shots. Shooting 2-of-16 from 3 is going to make it really difficult to beat an elite team. But, there was a great crowd, a great energy in the building, and Duke did what they had to do to get a road win.” – Wake Forest coach Steve Forbes.

“He had 21 shots to get 25 points. We’re good with that.” – Duke’s Wendell Moore on Wake Forest’s Williams.

Is The MLB HOF voting outdated?

Super Bowl LVI is almost here! A look back at some of the most popular ads of all time

Super Bowl LVI is almost here! A look back at some of the most popular ads of all time

A guide to the upcoming 2022 Beijing Olympic Winter Games

A guide to the upcoming 2022 Beijing Olympic Winter Games

Wake Forest’s Dallas Walton pulls down a defensive rebound under pressure from Duke’s A.J. Griffin in the second half of the Blue Devils’ 76-64 win over the Demon Deacons at Joel Coliseum on Wednesday.