On top of the showdown between the men’s basketball teams from Wake Forest and No. 8 Duke on Wednesday, the visit to Winston-Salem will be the last for Blue Devils head for Mike Krzyzewski.

Krzyzewski has coached Duke since 1980, leading the program to five national championships, 15 ACC titles and 1,182 victories, the most in NCAA history.

Preview: No. 8 Duke at Wake Forest

“He’s given more to the game of basketball than he has probably ever taken, and I appreciate that the most about him,” Forbes said this week. “And last thing I’ll say is I had the privilege to coach at Tennessee alongside Pat Summitt. Pat had this real distinct aura about herself, when you were in her presence, that you naturally felt. It was unannounced and unassuming. She never had to announce her greatness when she stepped in the room because you felt it.

“I feel the same aura, the same presence of greatness, around Coach (Krzyzewski). He sits on the Mount Rushmore of college basketball with the greatest coaches in the history of this game.”

Krzyzewski, Duke and the Deacons have had their battles throughout the decades, although the series generally has been one-sided. Krzyzewski’s teams are 57-28 against Wake Forest, winning 26 of the last 30 since 2005 and winning 18 of the 30 games at Joel Coliseum.

And to commemorate his last Twin City trip, here are a few of Wake Forest’s high points during Krzyzewski’s reign.

Welcome to the league, Mike Krzyzewski

Krzyzewski registered his first 20-win season in his fourth year with Duke. During that time, though, his teams went 20-36 in the ACC.

Part of those initial league struggles came at the hands of Wake Forest and Coach Carl Tacy. The Deacons beat Krzyzewski in the first eight matchups.

Krzyzewski finally broke through against Wake Forest and Tacy in the teams’ second matchup of the 1983-84 season: No. 19 Duke beat the visiting Deacons, ranked 13th, 79-77.

Odom’s success vs. the Blue Devils

Dave Odom became Duke kryptonite. He beat the Blue Devils in nine straight matchups from 1992 to 1997, a stretch that included the 1995 and 1996 ACC championships, and a Sweet Sixteen appearance.

That time span also includes Krzyzewski’s absence for most of the 1994-95 season because of lingering pain from back surgery, with assistant Pete Gaudet stepping in to lead the program.

Duke made 24 straight NCAA Tournaments after that season.

Skip Prosser’s time at the helm of the Deacons program still towers, resulting in the most recent ACC championship and Wake Forest reaching national heights.

The double-overtime win at Joel Coliseum in 2003, 94-80, broke a 14-game losing streak to the Blue Devils. The Deacons, powered by local hero Josh Howard, went on to win the 2003 regular season and win a game in the NCAA Tournament.

The two coaches preceding Forbes managed to beat Duke in their final seasons with the Deacons.

“This is the best feeling I’ve ever had in my life,” Wake Forest’s Devin Thomas said after the game. “Because you know what? We all played together, and it was a team win.”

No. 8 Duke at Wake Forest

No. 8 Duke at Wake Forest

Fans ages 12 and over attending Wake Forest sports events indoors are required to show proof of vaccination or a negative COVID test taken within 48 hours of an event. Face masks also are required.

Wake Forest pivots away from defensive frustration, lean on veterans in victory over Syracuse

A week ago, Wake Forest basketball coach Steve Forbes looked at his team, coming off a loss to a hot-shooting Miami, wondering about the type …

Wake Forest finds ways to respond and outlast against Syracuse

A recap of Wake Forest's 77-74 men's basketball victory in overtime against Syracuse on Saturday.

The Wake Forest men’s basketball team will have to wait a bit longer to resume conference play.

A recap of the Wake Forest men’s basketball team’s 76-54 victory over Florida State on Tuesday. 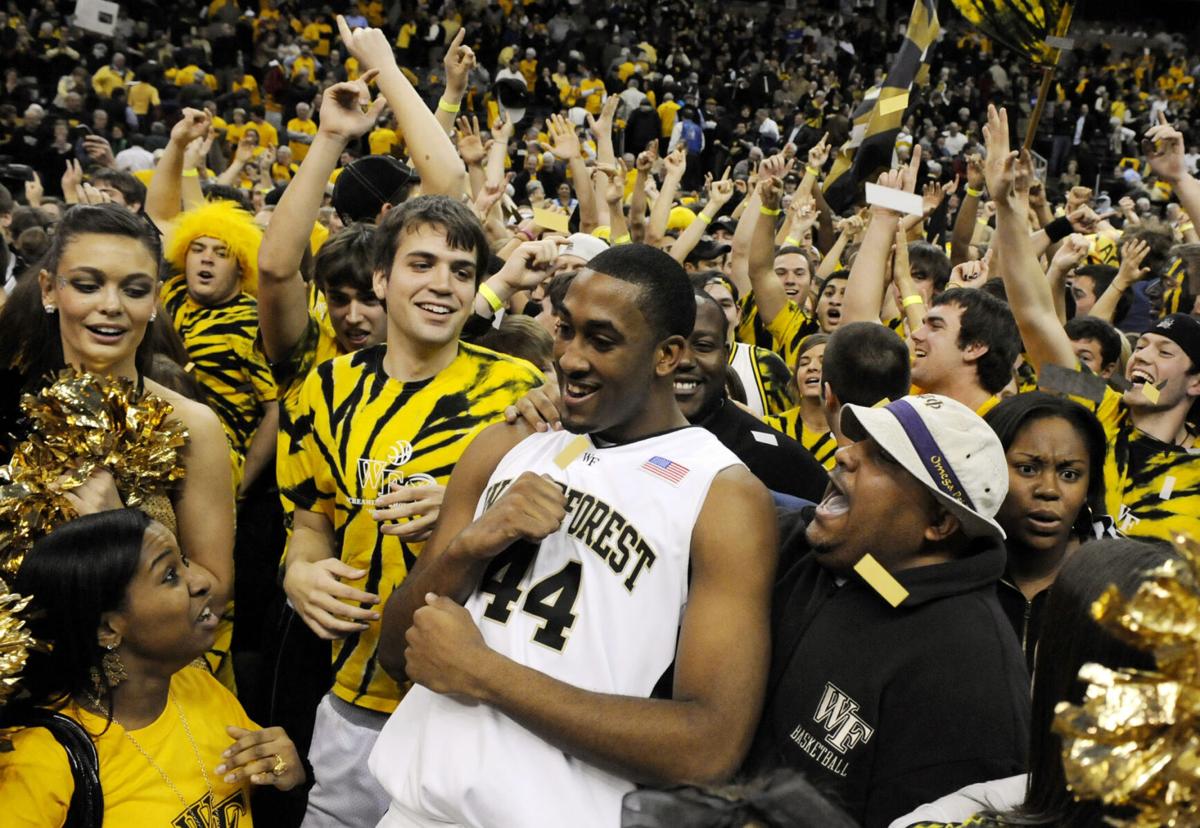 David Weaver and Wake Forest fans celebrate a win over Duke in 2009 at Joel Coliseum. 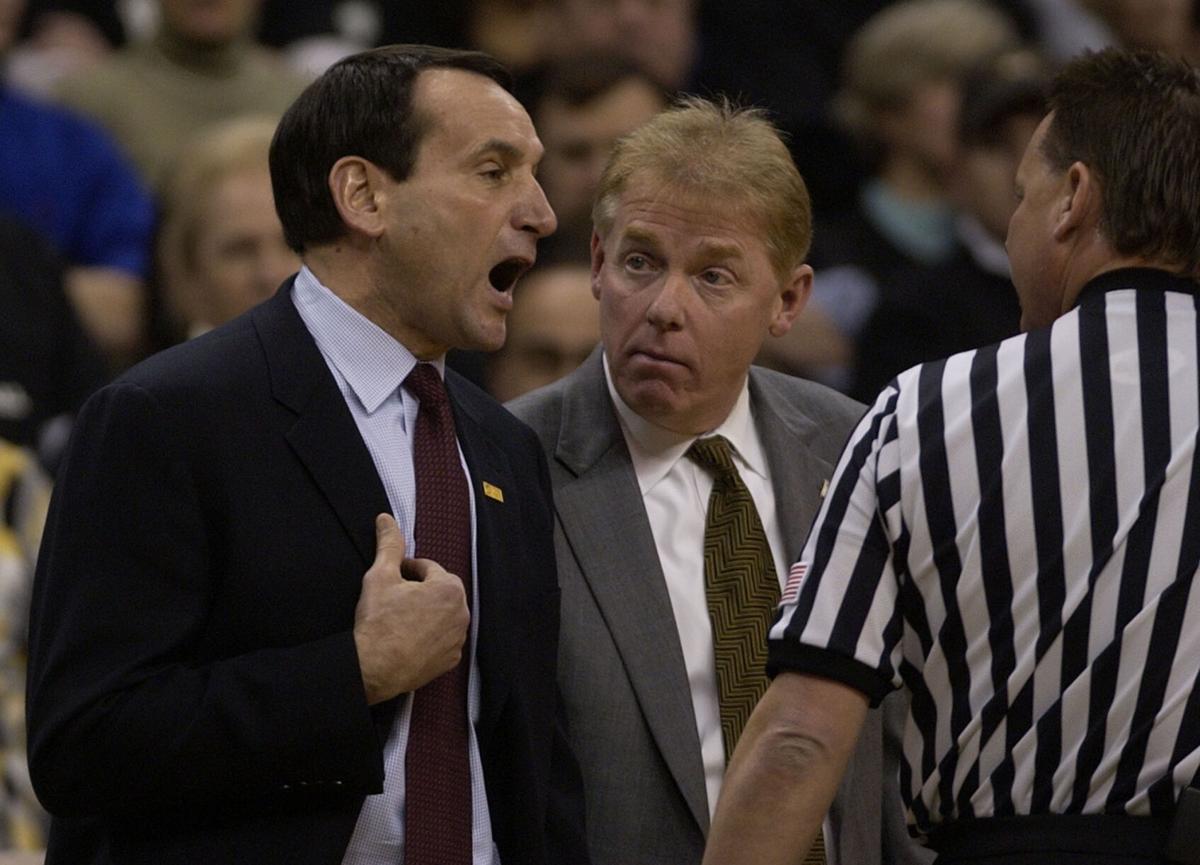 Wake Forest coach Skip Prosser watches Duke’s Mike Krzyzewski plead his case with a referee during a tense game at Joel Coliseum in 2004. Duke won that one, 90-84. A season later, Wake Forest earned the program’s first No. 1 ranking in school history. 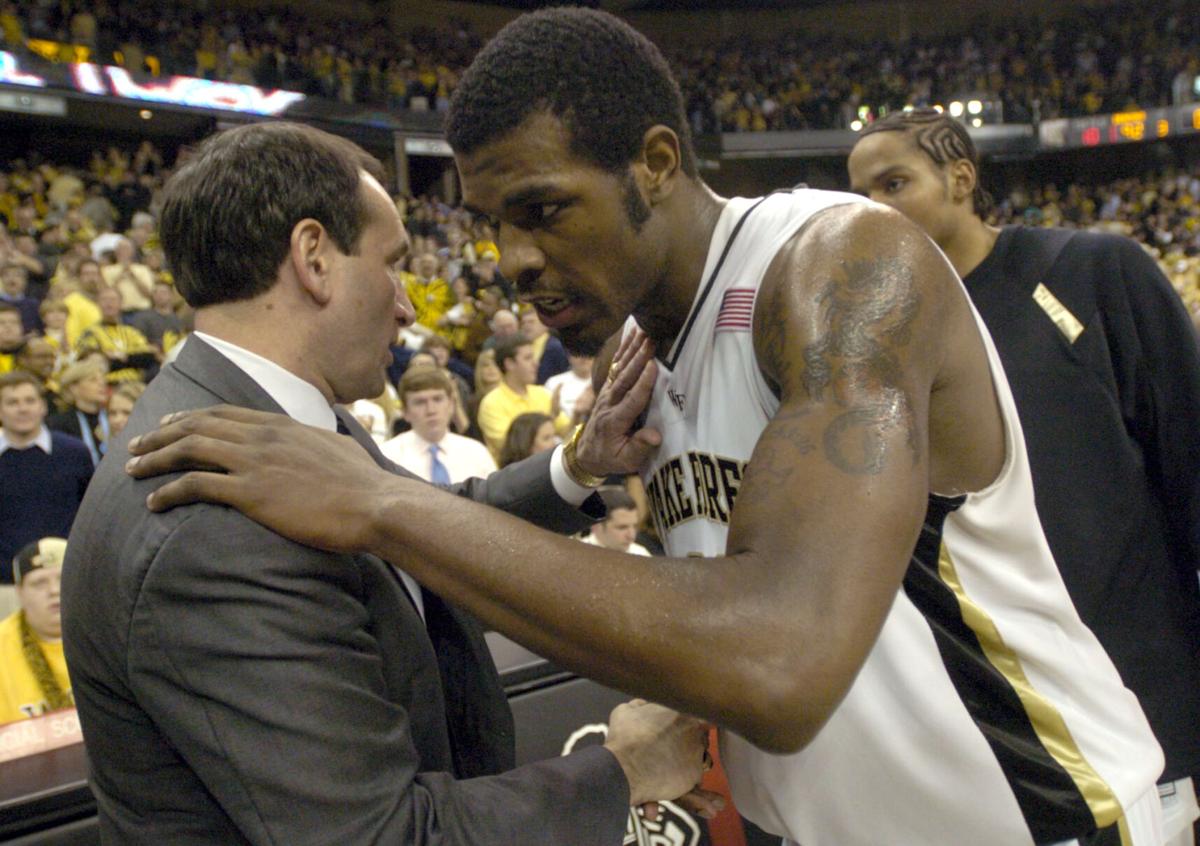 Duke coach Mike Krzyzewski gets a hug from Eric Williams after the Demon Deacons beat the Blue Devils during the 2005 season. 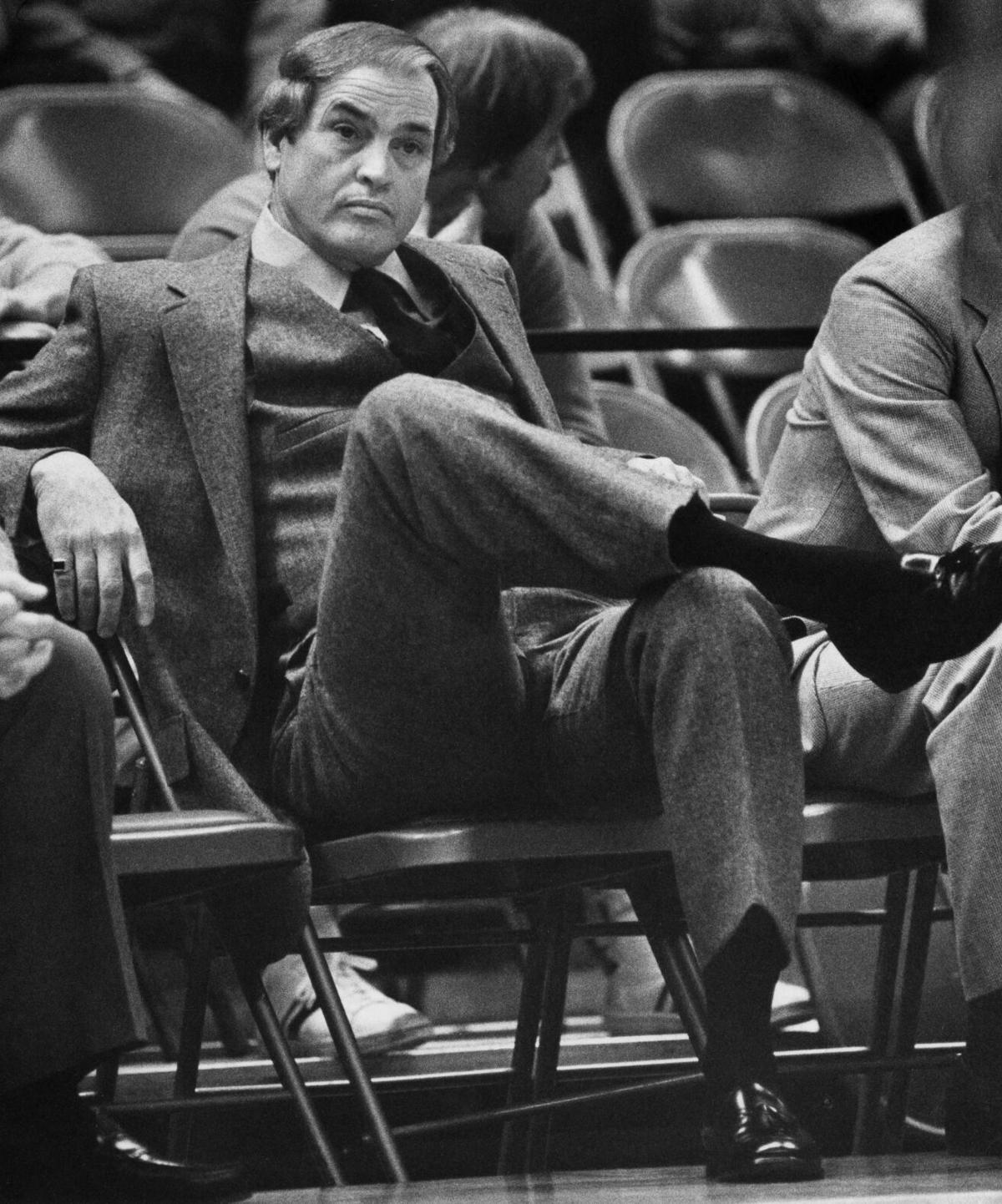 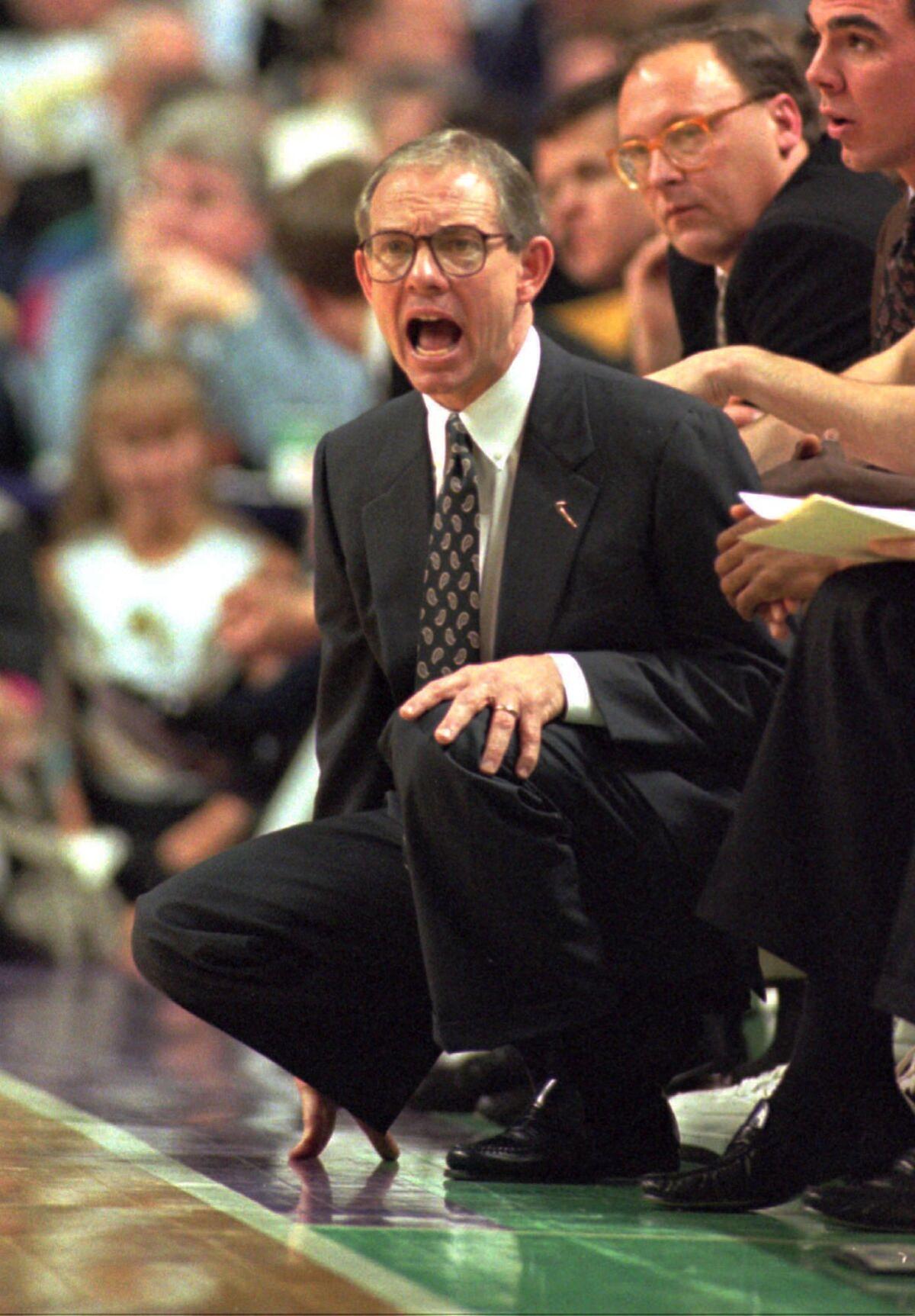