US downs Chinese balloon over ocean, moves to recover debris

When Randolph Childress was carving up the ACC during his playing days at Wake Forest, he talked a lot of trash — and backed it up.

Nowadays Childress, 50, is still talking a lot as an analyst for ESPN, and so far loves the transition he’s made from coaching to broadcasting. Last season after taking a break from coaching, he dabbled in TV work.

“ESPN gave me sort of a three-game trial run last season and after two games they thought I would be good at it so I just stuck with it,” said Childress, a 1995 Wake Forest graduate. “It’s much different than coaching, obviously, but I decided this was something I could do. I’ve been around basketball my whole life, so this made sense.”

Childress led the Demon Deacons to the 1995 ACC championship, and his No. 22 jersey is retired and hanging in the rafters at Joel Coliseum. He went on to have a tremendous career overseas before retiring at age 38. He then got into coaching and spent 10 seasons as an assistant for the Deacons under three different head coaches.

For most Wake Forest fans, the signature move of Childress’ outstanding career, playing for Coach Dave Odom in the mid-1990s, was his crossover dribble that put North Carolina’s Jeff McInnis on the floor of the Greensboro Coliseum in the 1995 ACC Tournament championship game.

He lives in Kernersville with his wife, Tabetha, and recently signed a one-year contract with ESPN that will keep him busy. But it won’t be as busy as being a college assistant coach.

“I really love the balance this provides,” said Childress, who will work the North Carolina-Virginia Tech game on Sunday for ACC Network. “But just like in coaching, you have to be prepared and I’ve learned to prepare before each broadcast. There are still things I’m learning about the TV part of it, but I love it.”

The landscape on TV is littered with former coaches who got out of coaching, settled into TV, but then went back to coaching. Childress chuckled when asked if he would ever get back into coaching.

“I guess you never say never,” he said. “I know guys who went back into coaching after doing TV work and have been successful. But for me, I think this is right and I’m looking forward to how this season plays out.”

Being out of coaching last season that didn’t stop him from getting calls this summer. He said four or five schools called to see if he would take the plunge again.

“It’s funny because as everybody knows, I’m competitive. I was like that as a player and maybe even more so as a coach, but there’s such a grind that’s involved nowadays I don’t care what level you are coaching at,” Childress said.

He pointed out that Name Image Likeness (NIL), the transfer portal and the pressure to win sooner are all things that coaches have to navigate. It’s even more pronounced at the big schools, where the money is good but the pressure is high.

“Coaching beats you up,” Childress said. “I don’t care what job it is or where the job is, it just wears you down. At the best jobs, there’s a standard and I’ll use North Carolina as an example.”

Childress went on to say that what Coach Hubert Davis has already been through is a roller coaster of expectations, joy and let-downs.

“A year ago they rode that emotional train and ended up in the national championship game and now already this year there’s the talk, ‘What’s wrong with Carolina?’ so those are the things that all coaches have to deal with and not just Hubert,” Childress said.

What Childress brings to his job is the knowledge of being a former player and former top-flight assistant.

One of the joys of his coaching life, however, was being an assistant for his son, Brandon, who was a four-year player for the Demon Deacons. While it wasn’t the best of times in the Danny Manning Era that ended badly, Childress loved the fact he got to spend a lot of time with his son. The Childress father-son duo piled up 3,623 career points, the most in ACC history.

“You know, when you are a player in the pros or a college coach you are away from home so much,” Childress said. “And I tell this to a lot of people, but when I left to play overseas Brandon was five months old. When I finally retired as a player he was a freshman (at East Fosyth) so I missed out on a lot.”

Until Childress stepped away from coaching, he didn’t know if he would miss it or not. He started taking up golf seriously and got his handicap down to near single digits, but he also had time to take trips with his wife.

“I guess you don’t realize how much time you have until you aren’t coaching, because with recruiting it’s really a year-round deal,” Childress said.

While he’s looking forward to sizing up the ACC this season as he travels from game to game doing broadcasts, he’s also keeping an eye on his alma mater.

“I’ll always be objective because you have to be when you are on the air,” he said. “And I’m not going to bash a player or a coach because I’ve been there. It’s still about the kids as far as I’m concerned.”

Childress said he’s seen Wake Forest play on TV but not in person yet. He met Tyree Appleby at the ACC media day this summer in Charlotte and was impressed with Appleby’s knowledge of the game.

Coach Steve Forbes, who many are calling the ‘Transfer Portal Whisperer,’ for plucking the right players out of it that fit his system, and the Demon Deacons are off to a good start despite losing to Clemson on the road on Friday night to fall to 7-2.

“I’m so glad that Wake Forest’s administration has seen what it takes in this day and age in college basketball to be a success,” Childress said. “With its academic reputation, it’s one of the elite schools in the country so it’s great to see what’s going on there. I’ll always keep an eye on my alma mater and that’s not going to change.”

Getting back to his style on the air, Childress has to sometimes fight what he calls his Washington, D.C. accent. Born and raised in suburban D.C. he hears from former teammates every now and then after a broadcast.

“Tony Rutland called after one game and said ‘I can hear that D.C. coming out so you better watch it,’” Childress said with a laugh. “And my wife texted me one time because in D.C. we call people ‘Slim’ a lot, and she said I was about to call somebody ‘Slim’ on the air. So, that part of it is funny to me.”

Wake Forest has no answer for N.C. State's Burns

Almost every time N.C. State’s D.J. Burns ambled to the free-throw line in the second half of the visiting Wolfpack’s game against Wake Forest…

Before he talked about college basketball on TV, Billy Packer helped Wake Forest get to the Final Four 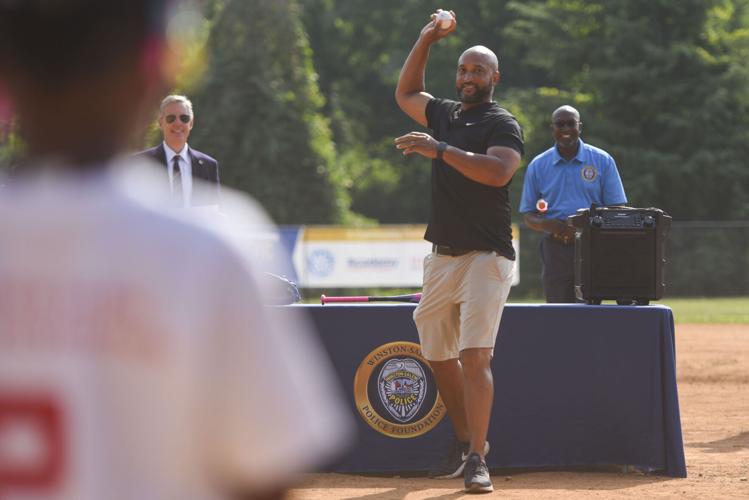 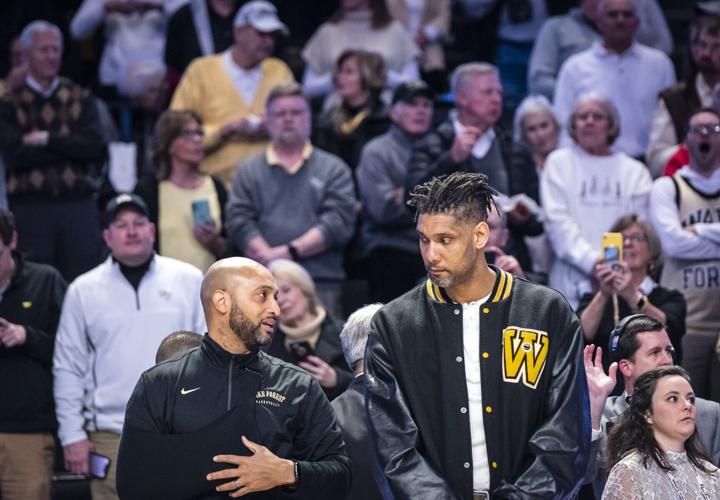 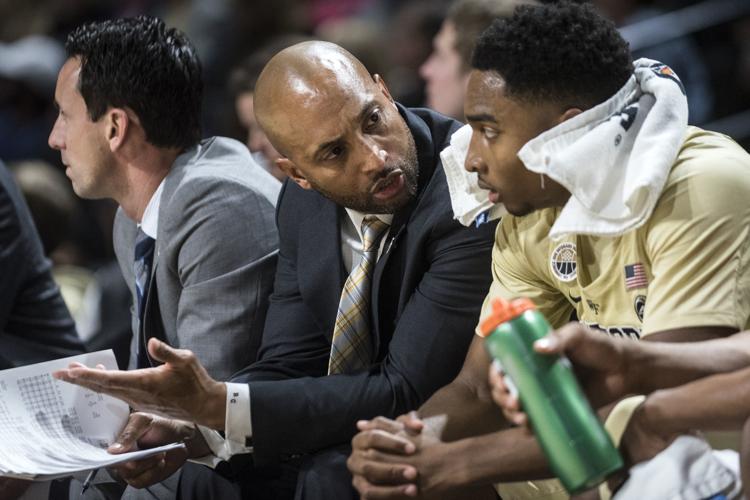 Randolph Childress, left, and his son, Brandon, are the highest-scoring father-son duos in ACC history. 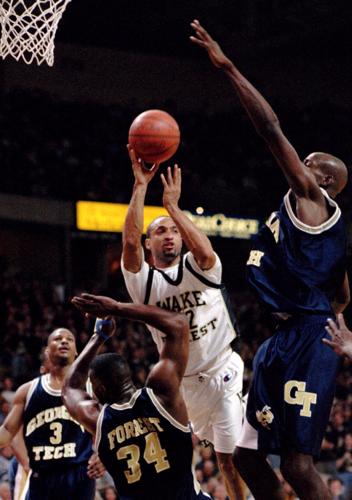 Randolph Childress is one of the best players in Wake Forest history.