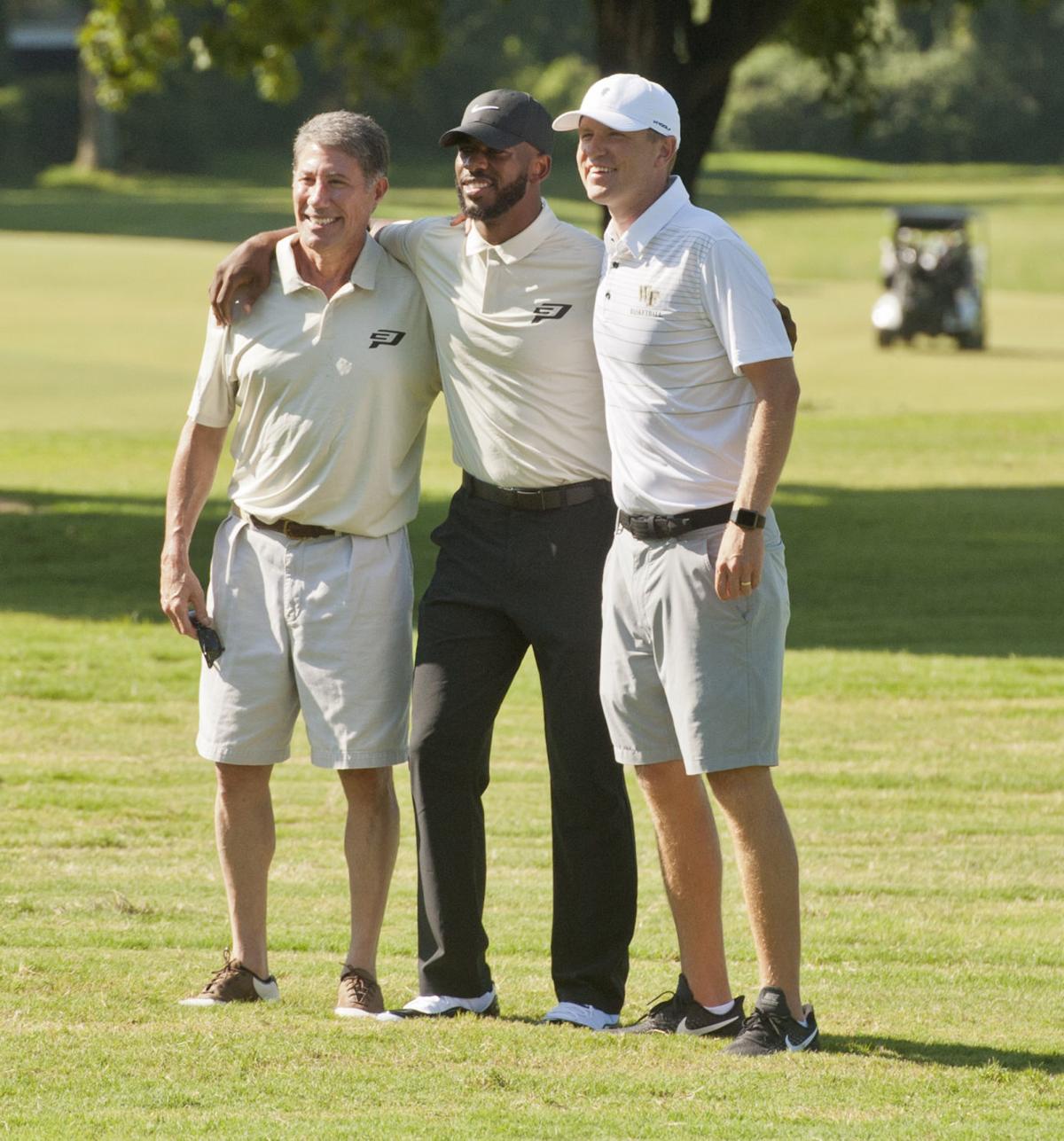 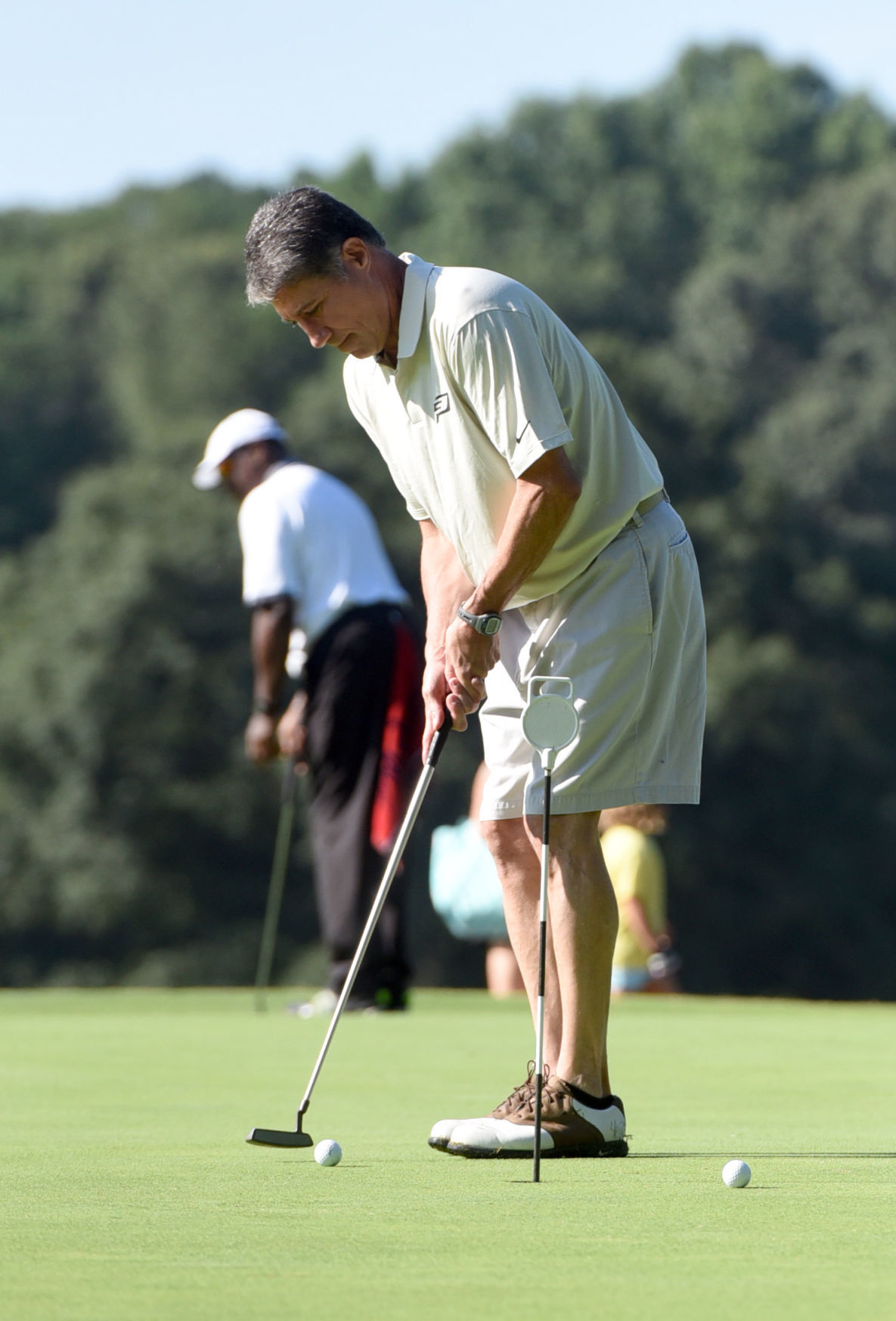 Chris Paul wearing the colors of the North Carolina Tar Heels isn’t something any Wake Forest fan wants to think about.

But Paul, a Winston-Salem native and former Wake Forest star, could have ended up in Chapel Hill if not for some dogged recruiting efforts of the late Skip Prosser and his staff.

Dino Gaudio, a former assistant for the Deacons for six years who later was the head coach for three seasons after Prosser’s death, had a great story to tell Tuesday morning at Old Town Golf Club.

Gaudio, who will be in his first season as an assistant at Louisville, remembers the particulars of recruiting Paul in 2001.

“The No. 1 point guard in the country that year was Raymond Felton,” Gaudio said about Felton, who was already at North Carolina and had played one season for the Tar Heels. “Well, we offered Chris pretty early, and that was our philosophy here — to offer early the players that we liked.”

Gaudio said North Carolina, who was coached by Matt Doherty at the time, did eventually go after Paul, but Gaudio said it was too late.

Another connection Gaudio had was his relationship with David Laton, who was West Forsyth’s coach at the time. Laton was a former assistant coach on Gaudio’s staff at Army.

Gaudio said after he heard UNC invited Paul to be a walk-on, he got in touch with Paul.

“So Skip and I call Chris and Charles (Chris’ father) and say, ‘Hey if you want to walk on and carry Raymond’s bags a year or two, then that’s fine,’” Gaudio said. “And that’s all it took with Chris and his competitive nature; he was coming to play for us. Later, Carolina offered him a scholarship, but it was too late.”

Gaudio said having that connection to Laton was surely helpful during the recruitment of Paul to Wake Forest.

“Chris played for my old assistant at Army, David Laton, who wound up at West Forsyth coaching Chris,” Gaudio said. “When Dave first told me about this little guard he had, we were at Xavier. So then we come to Wake, and I’m looking at this little kid playing at West Forsyth, and it’s Chris Paul, and it doesn’t ring a bell.

Gaudio, 61, who was fired at Wake Forest after the 2010 season, worked as a television analyst for the last seven years before joining Chris Mack’s staff in Louisville for this upcoming season. He said coming back to Wake Forest was easy because of Paul.

Gaudio and his wife, Maureen, have lived in the Charlotte area since leaving Winston-Salem. Both of their daughters graduated from Wake Forest.

“The people that make this university and the town so special are close to our hearts,” Gaudio said. “It’s a great place to come back and visit.”

Gaudio returned to Winston-Salem to work as a TV analyst for college basketball games, but he was able to relax and see former players while helping Paul and his foundation.

“The thing for me is — and I’ve said this on the air many times — Wake Forest isn’t a good school, it’s a great school,” Gaudio said. “And a degree from this school opens doors for you anywhere in the country, and our two daughters graduated from this place.

"I’m not going to let the actions of one or two people taint my view of Wake Forest.”