The comeback kids did it again for Coach Bobby Muuss of the Wake Forest men’s soccer team.

This time, the sixth-ranked Deacons battled back from another early deficit to beat Louisville 2-1 in overtime in front of about 450 socially-distanced fans at Spry Stadium.

It was a great way for the Deacons to end their home schedule this spring, and it was good enough to give Muuss his 100th win since taking over six seasons ago. He’s the fastest in school history to reach 100 wins.

“It’s humbling,” Muuss said. “I never thought I’d ever have an opportunity to be the head coach at Wake Forest, and the door opened and this is my passion, this institution and this team, and to do it in front of fans like that at home means a lot.”

For the third straight game, the Deacons fought back from a deficit. The Cardinals scored in the 10th minute and kept the pressure on until Omar Hernandez scored the first of his two goals for the Deacons.

On the goal to tie the game in the 55th minute, he had a free kick from just outside of the penalty box after freshman Colin Thomas was taken down as he used his speed to get through the defense. Off the free kick, Hernandez curved it around the wall built by the defenders and past goalie Detre Bell.

The goal gave new life for the Deacons, and then they finished it early in the overtime.

Hernandez was taken down in the penalty box to earn a penalty kick.

“I knew where I was going with the kick so I just executed it,” Hernandez said of the game winner in the 93rd minute as he scored off the penalty kick and then led the celebration. “This is a big win for us and we just battled back and battled back. It’s something we’ve been doing all season and I just love the fight that this team has shown.”

The Deacons (11-2-1, 3-0-1 ACC) lost 10 key players from the first semester but Muuss, who has been the ACC coach of the year four times in his previous five seasons, has continued to find ways to win. This might just be his best coaching job since he arrived in Winston-Salem, having navigated COVID-19 in the fall and the loss of 10 players, with eight of them graduating.

Once again, he started six freshmen and Thomas, another freshman, came off the bench and had his best game of the spring.

“I have no idea,” Thomas said about how the Deacons won their third straight game after falling behind. “This is just a great group of guys and that’s all I can say.”

One of the negatives for the Deacons was losing defender Holland Rula to an ankle injury with 27 minutes left in regulation. The game was tied at 1 but William Portman of the Cardinals got too rough with Rula on a tackle and was given a red card.

Rula was on crutches after the game and Portman was ejected with the red card forcing the Cardinals to play one man down the rest of the way.

Portman also had to take the long walk out of the stadium and back to the locker room in front of The Congregation, which is the Deacons’ community fan group that are stationed on the hill behind one of the goals.

“To be honest, it was an awful tackle,” Muuss said. “For me, if that’s professional game it’s more than a red card. He was on the yellow already, and we’ve been the gluten of that here lately. I know the referee had his hands full with the emotions but I just don’t know where that came from.”

The Deacons had two other great chances to win the game in regulation but couldn’t close the deal. But it didn’t take Hernandez long to create his own chance after getting taken down early in the overtime as he penetrated the defense.

“This group of guys and the hunger we have knowing we are facing adversity we still somehow get it done,” Hernandez said. “Just the fact that we are coming out here as a young team we aren’t going to be pushed around. I just love how we come together, and it’s not always pretty but its effective.”

The Deacons will hit the road and play top-ranked Clemson, the ACC champions in the fall, on Friday at 7 p.m.

A second player has entered the transfer portal this week from the Wake Forest men’s basketball team. 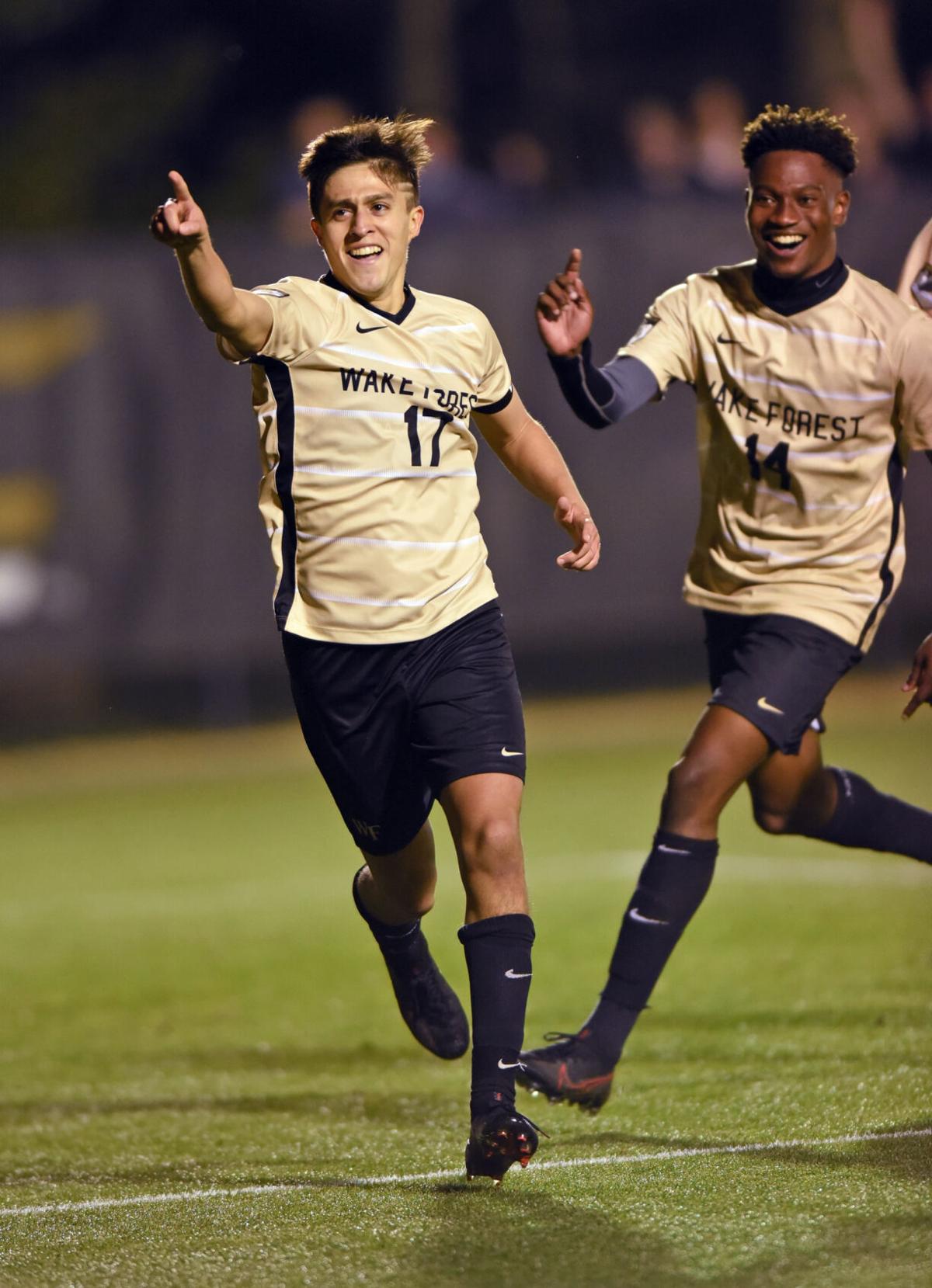 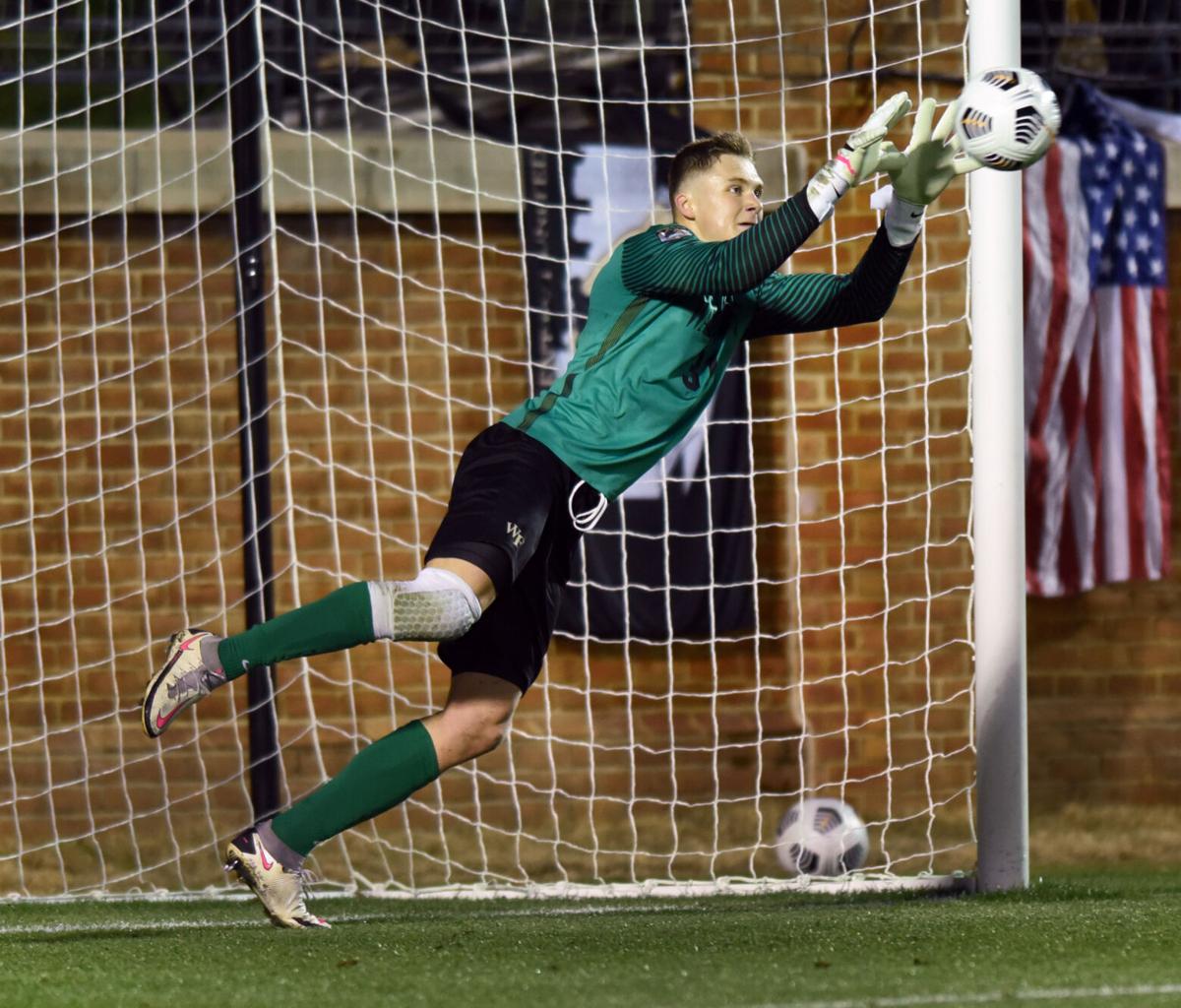 Wake Forest’s Cole McNally makes a save against Louisville. 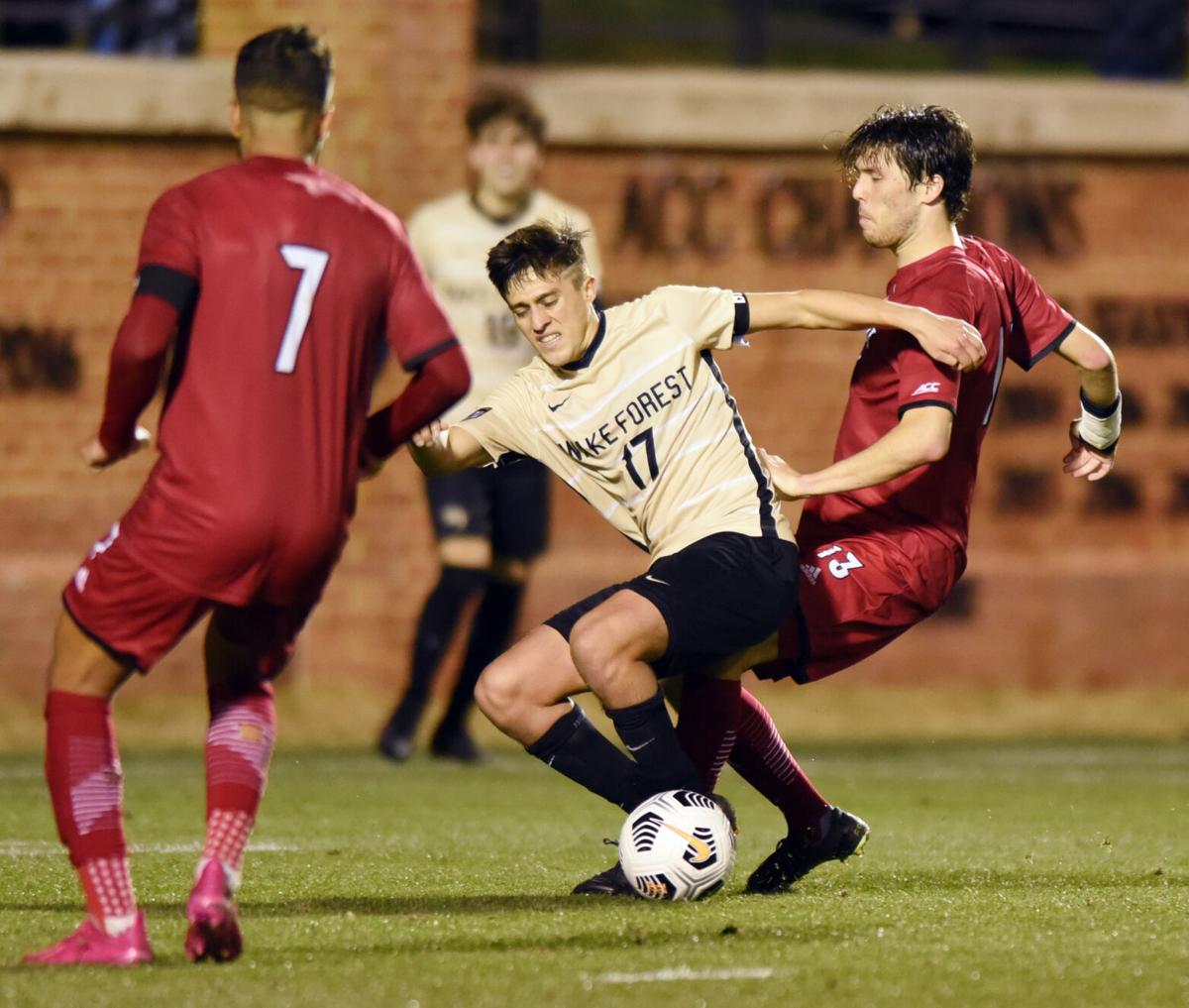 Wake Forest’s Omar Hernandez (17) is shoved from behind by Louisville’s Bradley Sample as Hernandez tries to shoot, Saturday, March 27, 2021 at Spry Stadium. The foul resulted in a penalty kick in which Hernandez scored the game winning goal. (Walt Unks/Winston-Salem Journal) 032821-wsj-spt-wakesoccer