"It's going to test our character." Wake Forest starts moving on from its first loss of the season
0 Comments
Share this
{{featured_button_text}}
1 of 4 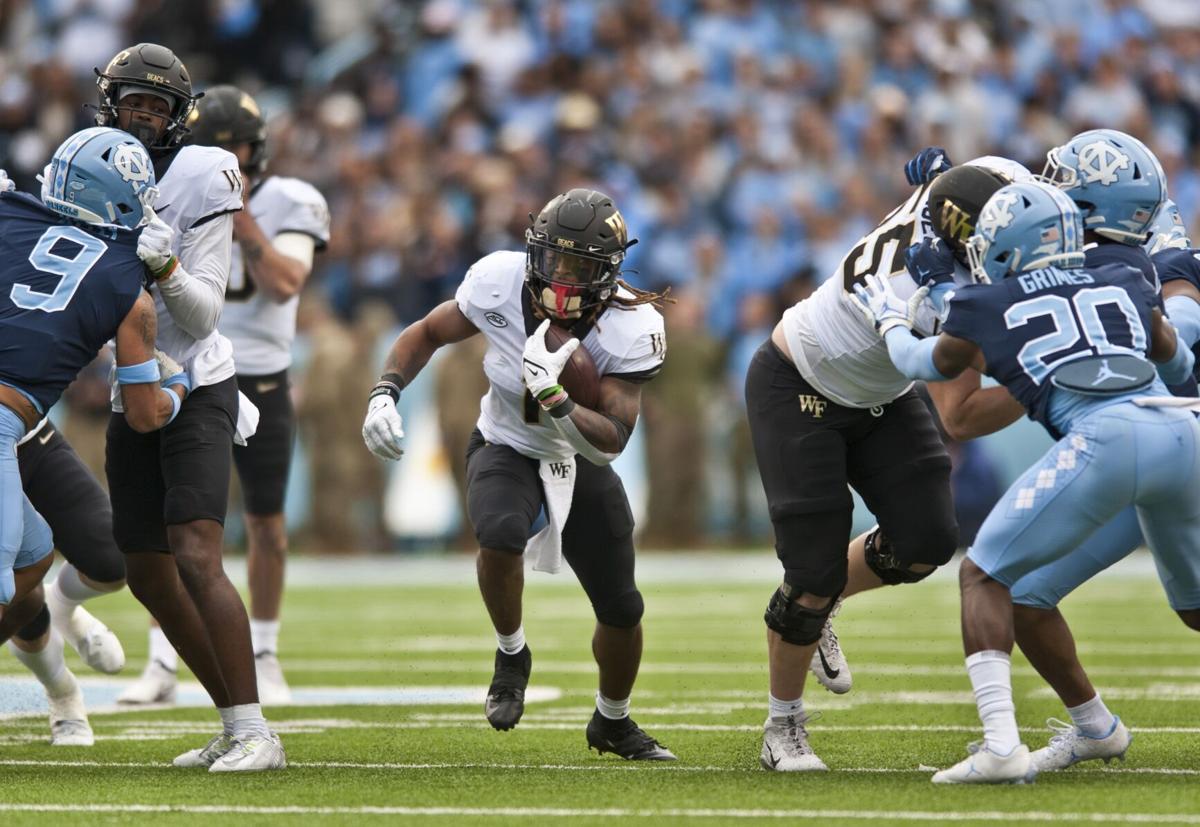 Wake Forest running back Christian Beal-Smith runs through a hole in the Tar Heels defense on Saturday at Kenan Stadium in Chapel Hill. 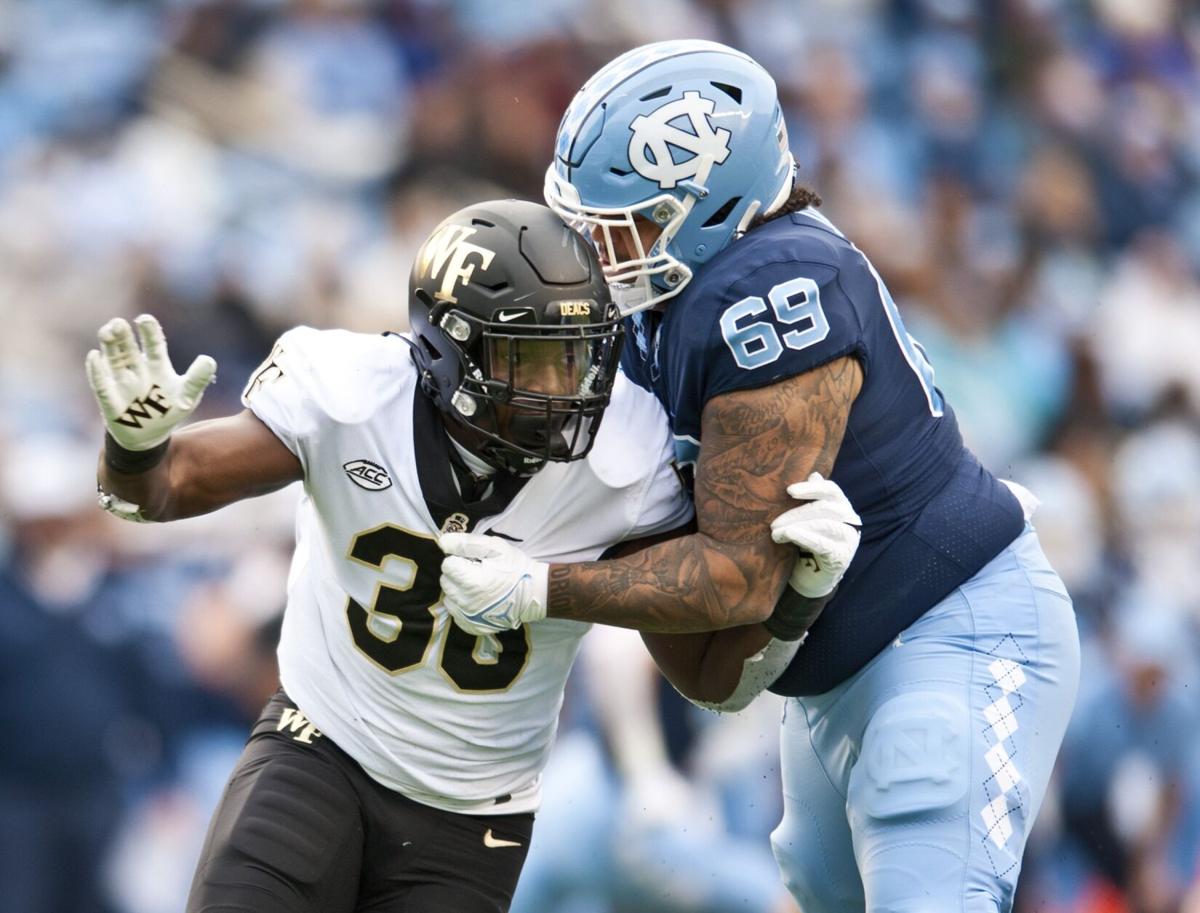 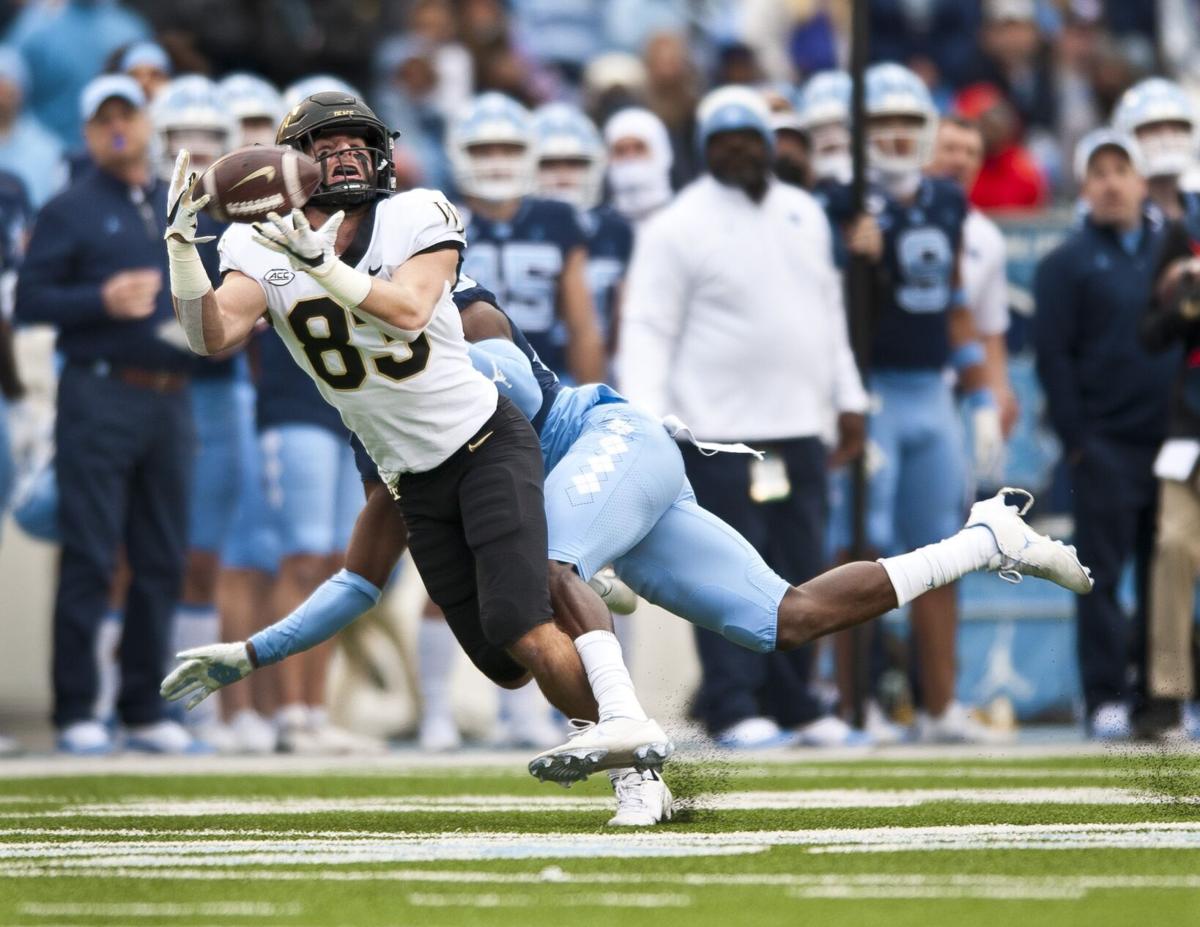 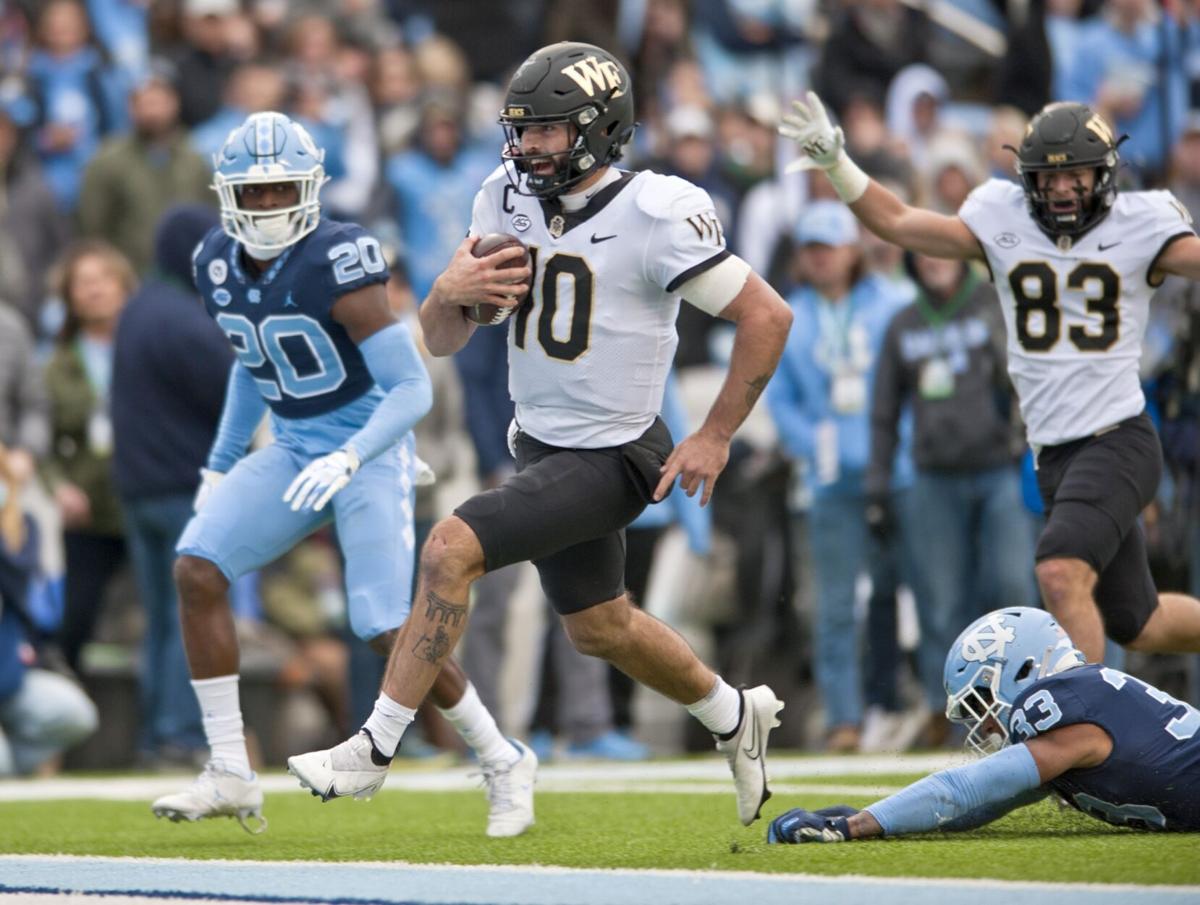 Wake Forest quarterback Sam Hartman runs for a score in the 58-55 loss to UNC on Saturday.

CHAPEL HILL — As Wake Forest continued to process its first loss of the season, the last lingerers of Saturday’s field storming were being ushered out.

North Carolina clawed back against the No. 9-ranked Deacons 58-55, and sparked a celebration at Kenan Stadium. UNC fans flooded the field after Wake Forest’s space in the national picture had been jarred.

For Wake Forest, the winners of eight straight and off to their best start in school history, the merit test had arrived as they returned to their locker room. And players realized it too.

“We can’t let UNC beat us twice,” Wake Forest defensive lineman Miles Fox said. “We can’t let them beat us next week, holding on to that game.

“Got to let it go. It sucks, obviously, but we just have to — it’s going to test our character a lot.”

Much like the fans that were hanging around, Wake Forest tried its best to start shaking off disappointment and the eerie similarities between this matchup and the one last season.

The Deacons held as much as an 18-point lead, halfway through the third quarter. But the game shifted when injuries to secondary members Caelen Carson and Gavin Holmes forced Wake Forest to patchwork and play more conservatively. Wake Forest coach Dave Clawson said it made the team more susceptible to the run.

The fourth quarter was proof of that: UNC running back Ty Chandler scored three of his four touchdowns in the fourth quarter. At one point, UNC scored 24-straight points to take control. Chandler finished with 213 yards and four scores.

“It just felt like a rerun of last year’s game,” Clawson said. “I’m proud of how hard our guys played, and our effort. And I thought we fought the whole game. Our fans certainly came and supported us.”

“We’re going to face adversity now for the first time. So we’re not undefeated, we’ve got a huge game next week against NC State that we’re going to have to bounce back and get ready for.”

Then, as the Deacons offense began to click, the team applied some pocket pressure to Howell that resulted in a widening margin. Wake Forest notched its three sacks during a pair of drives and looked prime to carry that through halftime. When the defense had to adjust, the pocket pressure became harder to come by. And on top of that, pressure was placed on the offense to hold the slipping margin.

The Deacons couldn’t respond. Sam Hartman, who had a combined seven touchdowns (five passing and two rushing), threw an interception after a Chandler touchdown. The turnover led to another Chandler touchdown. The following two Deacons’ drives ended with failed fourth-down attempts. A late touchdown pass between Hartman and Jaquarii Roberson pulled the Deacons within one score again with 38 seconds remaining. Wake Forest’s onside kick attempt afterward failed, locking up the UNC win.

“We weren’t sharp,” Clawson said of the offense. “You say that we still scored 50-some points, but we weren’t as sharp as we needed to be.

“We certainly played well on offense and scored a lot of points. But with as well as North Carolina played, we had to be a little bit better and we weren’t.”

There’s one major point to lean on: the non-conference factor here negates how crippling this loss could’ve been. This game was the second in a home-and-home series that started in Winston-Salem in 2019. This result will upend the Deacons on the national scene, sure, but the ability to win the Atlantic Division, become an ACC champion and go to a New Year’s Six bowl is still in grasp.

Wake Forest experiences a loss to a rival for the second time in as many years, but that’s as deep as the cut will go if the Deacons can move on. With much still in their sightline, there will be no lingering allowed.

“I think we’re mature football team, and I think that it needs to be the the mission or the idea,” Hartman said. “Because if it’s not it won’t help us at all and congratulate them, but we got we got bigger games to play now.”

Wake Forest's football team lost at Clemson on Saturday 48-27, leaving the search ongoing for a spot in the ACC championship game.

Dave Clawson will never come out and argue for a ranking.

Wake Forest at Clemson: Here's what the beat writers are talking about

Wake Forest sits on the precipice of a major football program moment.

Wake Forest running back Christian Beal-Smith runs through a hole in the Tar Heels defense on Saturday at Kenan Stadium in Chapel Hill.

Wake Forest quarterback Sam Hartman runs for a score in the 58-55 loss to UNC on Saturday.