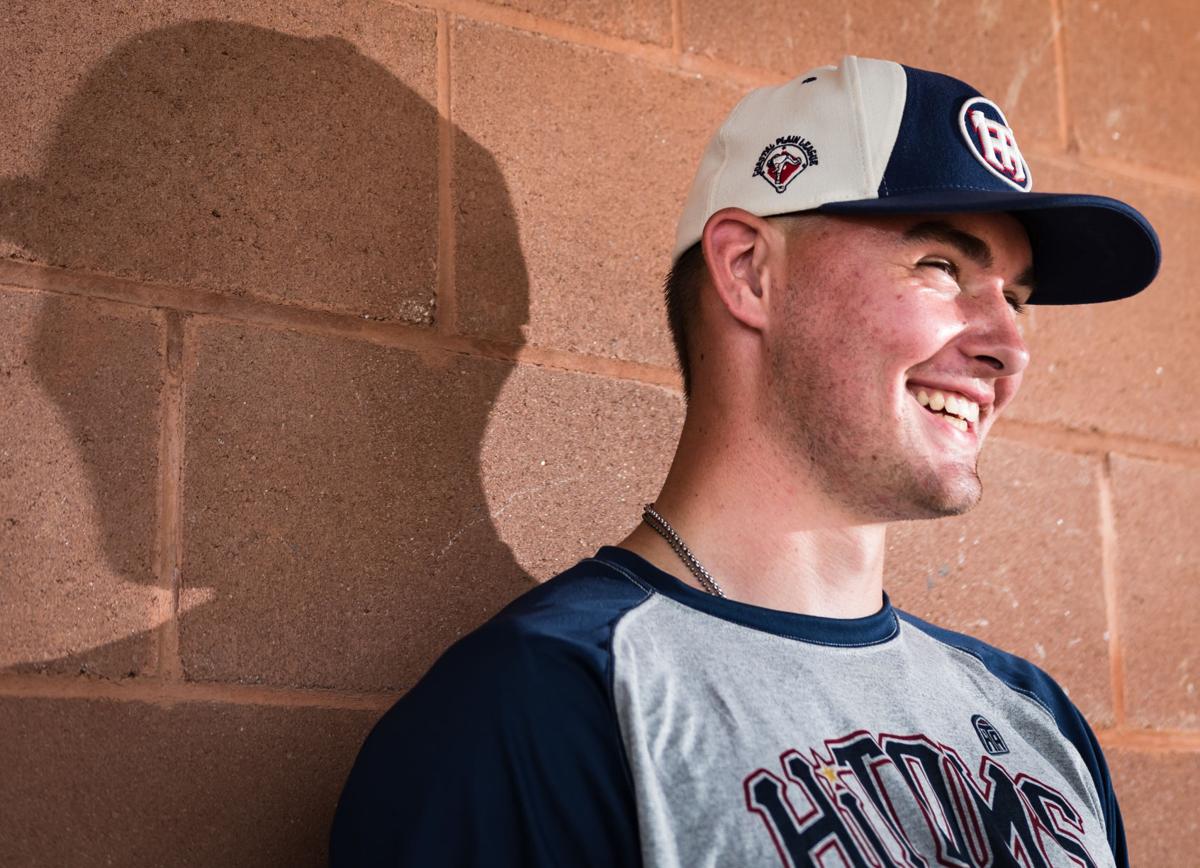 Wake Forest pitcher Ryan Cusick is playing for the High Point-Thomasville HiToms of the Coastal Plain League this summer. 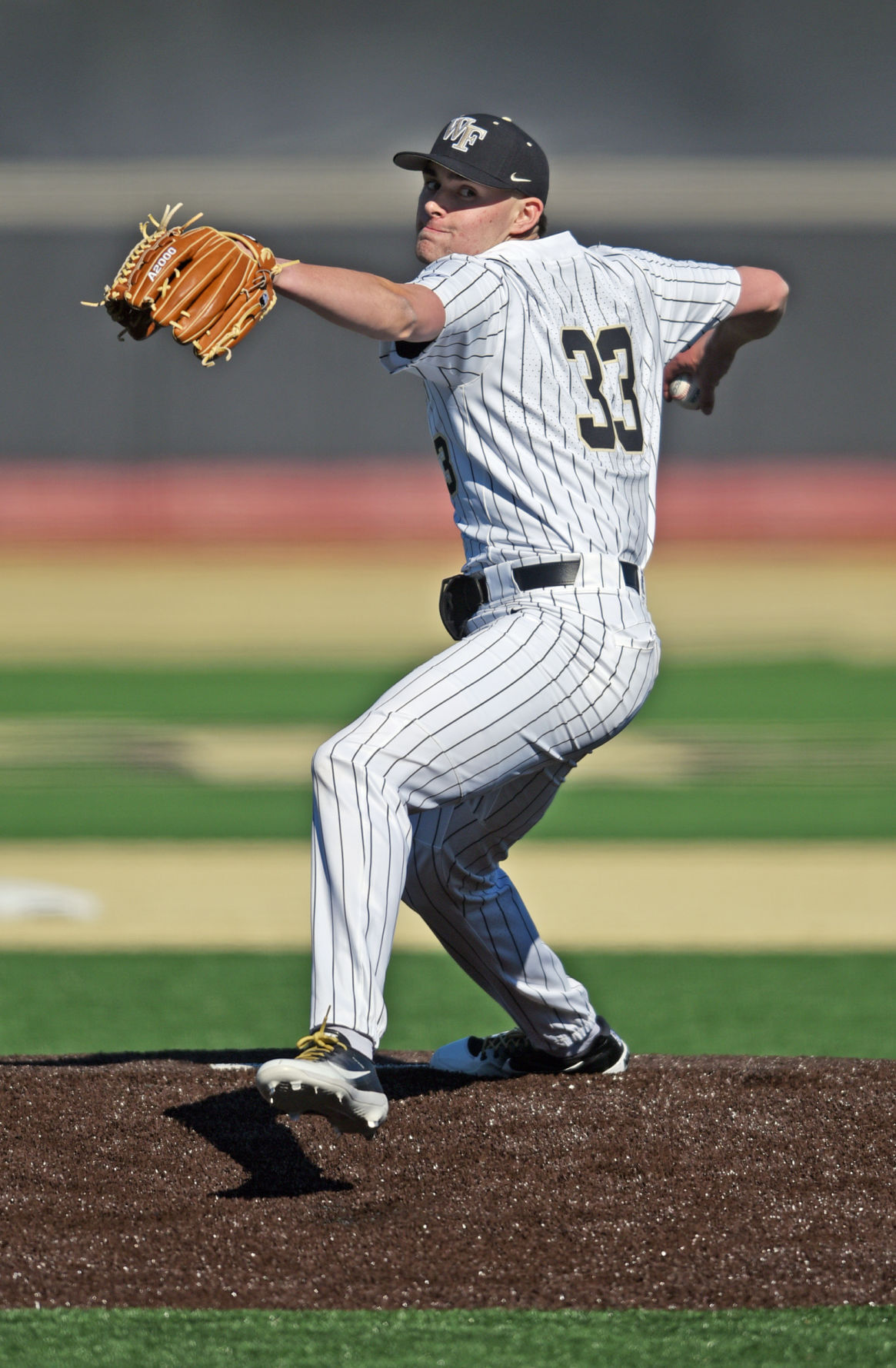 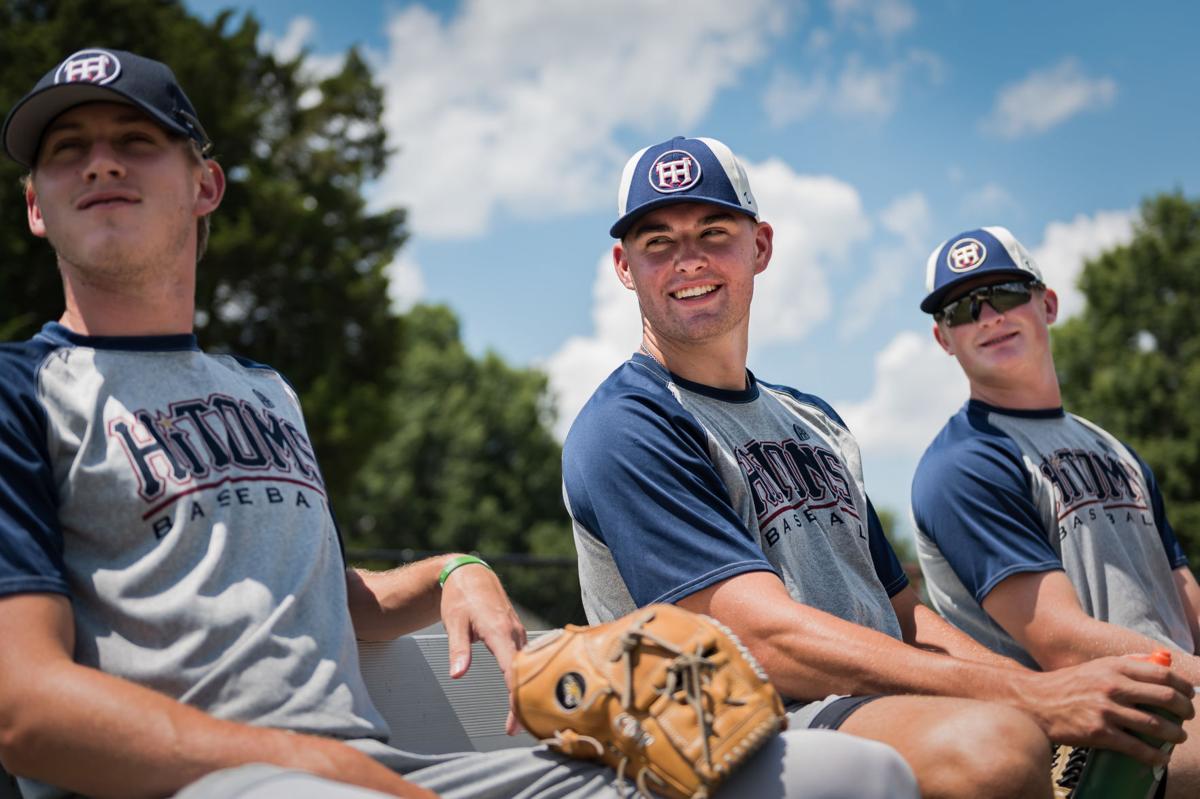 Wake Forest pitcher Ryan Cusick is playing for the High Point-Thomasville HiToms of the Coastal Plain League this summer.

THOMASVILLE — Wednesday’s high temperature in Bourne, Mass., was 87 degrees, so it wasn’t too different than Thomasville’s high of 92. Even the humidity levels were similar — 49% and 48% when those temperatures were recorded, respectively.

But the difference in those places to Ryan Cusick is simple: One is where there’s baseball to be played, one isn’t.

That’s why the Wake Forest right-handed pitcher is suiting up for the High Point-Thomasville HiToms this summer, trying to partially recapture what was stripped away with the cancellation of the rest of the college baseball season and of the Cape Cod Baseball League because of the COVID-19 pandemic.

“I remember getting a call from (Wake Forest) Coach (Tom) Walter and he’s like, ‘Hey, we want you to play for the High Point-Thomasville HiToms,’ it’s like, I’ve never heard of that team before,” Cusick said earlier this week. “And then he laid it out for me, ‘I think we’ve got a setup,’ and you could tell that he put in a lot of time coming up with a plan.

“And honestly after being in the situation that he kind of laid out for us, for two months, it couldn’t have been laid out better. I need to thank him a lot for that.”

Cusick is one of three Deacons suiting up for the HiToms this summer, along with shortstop Michael Turconi and pitcher Shane Smith. A fourth, catcher Brendan Tinsman, was slated to be on the team before an injury sidelined him. Each was slated to play on the Cape this summer.

“It was just a matter of days after the Cape got canceled, we got the call from Walt and he was like, ‘Hey, we’ve got a place for you to play,’ I was like, ‘Let’s go,’” Turconi said. “Everything is a little bit new, but it all worked out.”

Cusick’s family has a house on the Cape and he grew up going to games with his dad. He figures they’ve been to every field and memories of seeing current big-league pitchers Marcus Stroman and Brady Singer spring to mind when he talks about the draw of the prestigious summer league.

Cusick pitched in the league last season for the Bourne Braves and called it the best experience he’s ever had playing baseball — at least, so far.

He was looking forward to a second season with Bourne when, like so many other things in the sports universe, those hopes were extinguished by the pandemic.

Instead of playing in the Cape League, and instead of missing out on an entire summer of baseball, Cusick is playing games at Finch Field — and savoring the opportunity to recover at least part of baseball season.

“I can’t believe we did it. But the general manager here, Greg (Suire), he’s just been incredible putting the players first and having us all get innings and at-bats,” Cusick said. “I feel we’re the luckiest group of players in the country right now.”

While the HiToms can allow a maximum of 25 fans per game, there have been games with as many as 40 scouts.

“I feel like our games are the only games in the country,” Cusick said of his feeling when the radar-gun-toting evaluators show up.

What they’ve seen from Cusick has been dominance.

And he’s still trying to improve on some aspects — chief among them developing a third pitch to his fastball-slider combination and having better pitch efficiency.

“I think it’s so valuable, each start that I get. I’m learning so much from every pitch that I throw,” Cusick said. “To have about eight-to-10 starts taken away from me in the spring, but getting those back this summer, it’s been huge.”

Being ready on short notice wasn’t a problem for Cusick because, as he put it, he “played dumb” and ignored rumors on social media that there wouldn’t be summer baseball leagues for college players anywhere in the country.

During the weeks between returning home and reporting to the HiToms, he turned his basement into something of a makeshift pitching lab — not complete with all the features of Wake Forest’s lab, granted, but workable amid trying times.

“We built a squat rack with two-by-fours and 200 pounds of cement,” Cusick said, noting HiToms teammate Michael Doherty was working out with him.

Cusick was also throwing every day with a pitcher who was a first-round pick in June.

Since last August, Cusick and Deacons junior Jared Shuster had been workout partners. In the shortened season, Cusick and Shuster were Wake Forest’s Friday and Saturday night starters, respectively.

And when the season ended, Cusick and Shuster were the last two Deacons to leave Winston-Salem — driving about 14 hours home to Massachusetts, with an overnight pit stop at Michael Ludowig’s house in northern Virginia.

Cusick and Shuster continued working out together until Cusick got the call from Walter about the HiToms, which is around the same time MLB was ironing out details for its five-round draft.

“It was really cool when I saw his face pop up on TV, I don’t think I’ve been happier for anyone in my whole life,” Cusick said.

It’s not a stretch to imagine Cusick making it back-to-back years the Deacons have a pitcher selected in the first round.

But one of the benefits of their partnership was that Cusick picked up on Shuster’s ability to shut out distractions and continue working.

“It’s easy to just want to reach out and grab it for yourself. But one thing I learned from his process is that it will come if you continue to put in the work,” Cusick said. “He had a lot of people doubting him, but he’s a perfect example of everything doesn’t matter.

“The rankings, all the hype gets thrown out the window and whoever ends up being the best at what they do, it works out for them. I try not to focus on that stuff and I think he did a great job of not focusing on that stuff, as well.”