Quarterback McKenzie Milton (10) transferred to Florida State after suffering a devastating knee injury near the end of the 2018 season while playing for Central Florida. 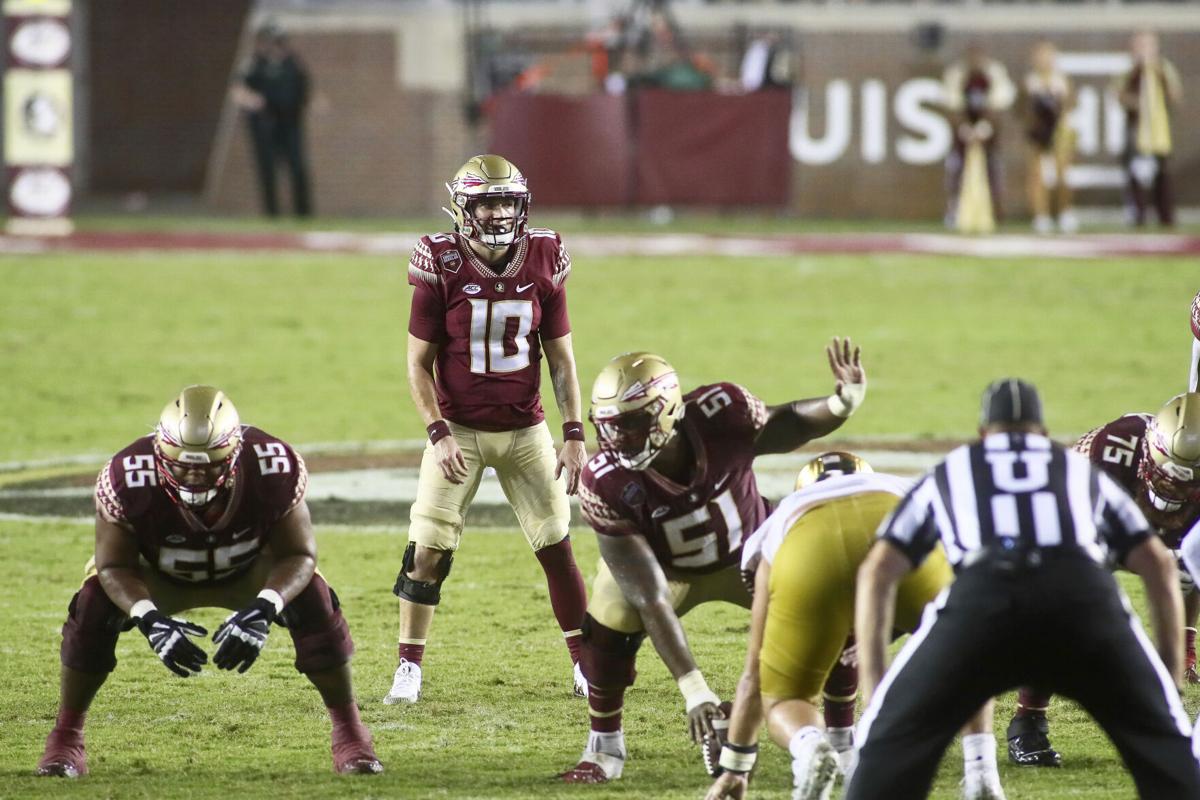 Milton, the Seminoles’ graduate transfer quarterback, has battled back from a traumatic knee injury suffered near the end of the 2018 season at Central Florida. His right knee was dislocated while he dealt with artery, ligament and nerve damage.

He subbed in, playing Notre Dame in a near upset of a season opener. He got his first start against Jacksonville State, which beat the Seminoles on the final play.

So when Wake Forest (2-0) opens ACC competition on Saturday, it’s Milton they will see taking the first snaps in a two-quarterback system. And Deacons coach Dave Clawson has seen enough to recognize that Milton’s recovery process is over.

“I’m sure with every game, he’s going to get more and more confident – he played more the last game, he started making some plays with his feet,” Clawson said. “He certainly has lateral quickness, he bought time in the pocket at times, he tucked it. A lot of times he slid.

“And now maybe after that game, he’s saying, ‘Hey, you know what, I’m good.’ And so he’s certainly capable of it. He’s got quickness, mobility, he’s a very, very good athlete. You know, I’m sure the back of his mind, it’s inevitable anytime a player comes back from an injury, right, you’re going to kind of test it a little bit. But after playing two games, he’s certainly not playing with any fear.”

Milton, whose Central Florida teams went 27-6 and who won his last 24 starts at quarterback, has been phased into play. Against the Irish, he threw seven times while completing five; fellow QB Jordan Travis had been named the starter.

Against Jacksonville State, Milton got extensive time: he went 18-of-31 passing with a touchdown, his first scoring pass since the injury, and an interception. But, according to Warchant.com, Milton threw for only 133 yards, some a result of dropped passes.

But the pairing of Milton, listed as the starter this week, and Travis gives the Florida State offense a wrinkle to its identity.

“He’s gonna be more of a pocket passer versus Travis, who’s more of a run threat,” Wake Forest linebacker Ryan Smenda said of Milton. “But they can both move the ball, they can both use their legs to get first downs, and they can both throw the football.

“McKenzie’s a little bit better at throwing a little bit more accurate. But going into the game plan, we’ve just got to stay in coverage a little bit longer when McKenzie’s back there versus Jordan Travis, who is going to look to try to scramble to get that extra yardage.”

Florida State sits at 0-2. As Wake Forest offensive lineman Sean Maginn pointed out Tuesday, they’re “a handful of plays away from being a ranked team and 2-0 in the country.”

But they’re also more than a handful of mistakes away from 2-0, too: The Seminoles were 5 for 14 on third downs and scored three points and committed six offensive penalties in the second half against a Football Championship Subdivision opponent.

Clawson mentioned a distinct advantage the Seminoles might have heading into the matchup: They’ve played in two games that have been competitive throughout.

That’s not the experience Wake Forest has opened its season with. The Deacons easily handled Old Dominion and Norfolk State – scores of 42-10 and 41-16.

Clawson said he thinks Wake Forest has curbed the lack of second-half competitiveness by building experience throughout the roster. Proving it would signal a strong start to ACC play at Truist Field on Saturday.

“I hope we’re better prepared to play a four-quarter game just because of the depth,” Clawson said. “But at the same time, I mean, we’ve had to play 2½ quarters in both games.

“You’d say the last two games by midway through the third quarter, we probably had it in hand and started subbing and getting other guys in. I’ll take that problem. That’s a good problem. But we certainly haven’t had to do that yet.”

Hot Or Not: Justin Fields will be next rookie QB to get first career win?

Quarterback McKenzie Milton (10) transferred to Florida State after suffering a devastating knee injury near the end of the 2018 season while playing for Central Florida. 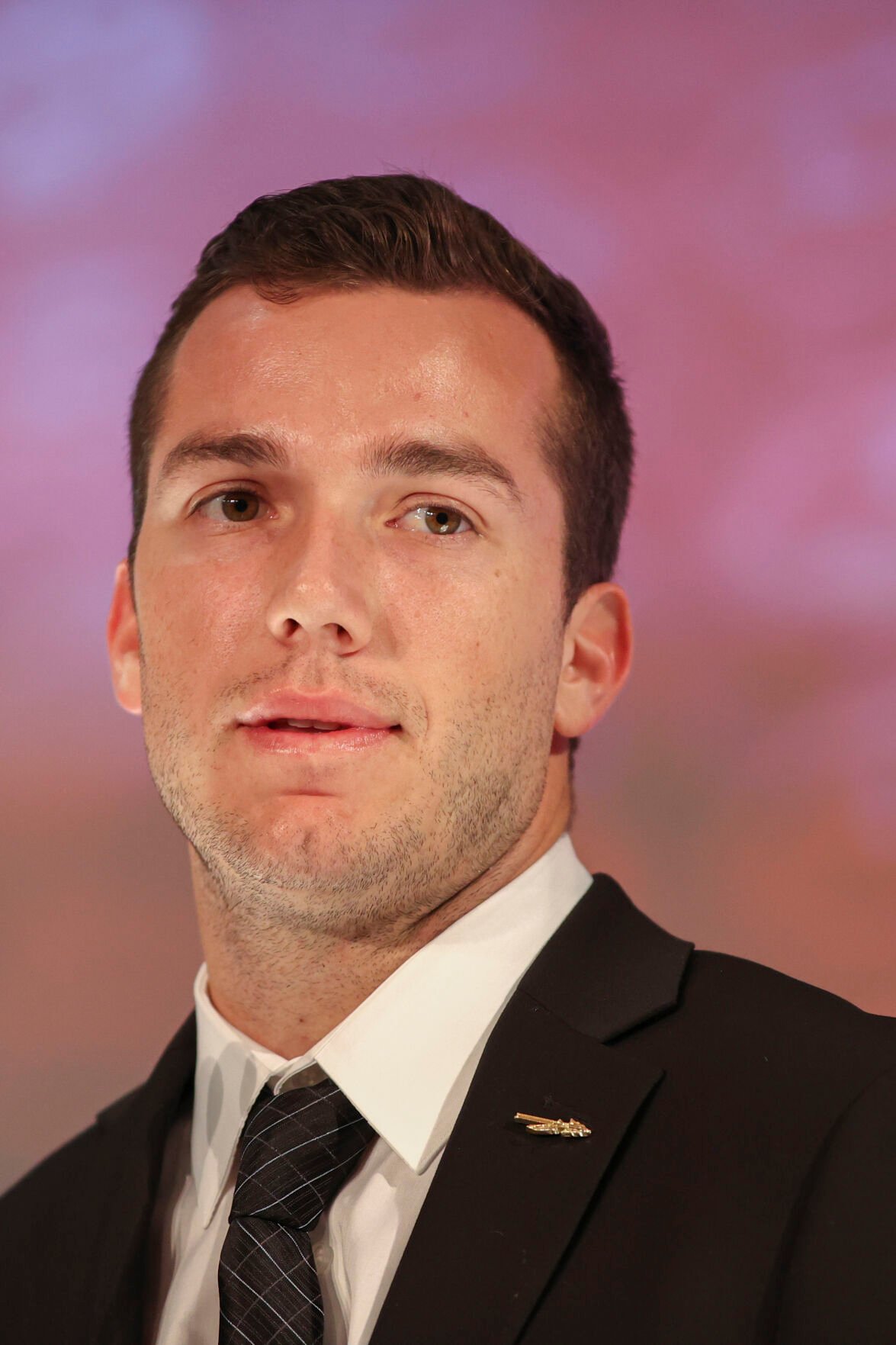