BLACKSBURG, Va. — Wake Forest couldn’t muster its close-game magic when it mattered in the second half, losing 36-17 to Virginia Tech on Saturday at Lane Stadium.

The Deacons (7-2, 3-2 ACC) gave up 23 straight points after taking a 17-13 lead early in the third quarter. After notching two first-half takeaways, No. 22 Wake Forest turned over the ball twice in the second half — both of them interceptions thrown by Jamie Newman.

Wake Forest, which was ranked No. 19 in the first College Football Playoff ranking of the 2019 season, had not played a road game since the Sept. 28 trip to Boston College, and with the only other road game played in front of about 5,000 people at Rice, it’s safe to say a charged-up atmosphere in Lane Stadium was an extreme for the Deacons.

Newman was intercepted in the third quarter — Wake Forest’s first turnover since the loss against Louisville — and that was turned into Virginia Tech’s third field goal of the game, putting the Hokies ahead 23-17.

On the first play of the fourth quarter, facing a fourth-and-2 from its 45-yard line, trailing 23-17, Wake Forest opted to punt.

Virginia Tech went 80 yards in six plays on the ensuing possession, four of those plays going for at least 10 yards, and that doesn’t include James Mitchell’s 1-yard touchdown run.

That score put the Hokies ahead 29-17 — they failed to convert a two-point conversion — and the Deacons faced a two-score deficit for only the second game this season.

This one turned out the same way as the first.

Sage Surratt caught two touchdown passes from Newman, but was injured early in the fourth quarter. He appeared to sustain a shoulder injury and didn’t return — rendering the Deacons without both of their big-time threats on the outside because Scotty Washington didn’t play.

Virginia Tech took roughly 9½ minutes off the clock on the game’s opening possession before settling for a field goal, and then it took about another seven minutes off in the second quarter for another field goal.

Those two field-goal drives for the Hokies combined for 29 plays and took 16:29, stalling at the 18- and 15-yard lines, respectively.

Nick Sciba made a 40-yard field goal with 2:23 left in the first quarter, which tied the ACC record for consecutive field goals at 27.

The Deacons took their first lead about halfway through the second quarter on a seven-play, 75-yard drive that featured two third-and-long conversions — one by penalty, one on a 45-yard pass to Kendall Hinton.

The score came on an 11-yard catch-and-run by Surratt, his 10th touchdown of the season. The 6-3, 215-pounder bounced off one would-be tackler, absorbed contact before the end zone, and powered his way into the end zone.

Wake Forest forced two turnovers in the first half, both fumbles in key situations. After the Deacons’ first drive ended without a first down, Hendon Hooker hit Terius Wheatley on the run and he picked up 50 yards on the first play of a possession. But Nasir Greer stripped Wheatley of the ball from behind, and Essang Bassey recovered — which led to Sciba’s field goal.

At the end of the first half, Virginia Tech had reached Wake Forest’s 14-yard line before Boogie Basham — this being something of a homecoming game for the Roanoke, Va., native — crushed Hooker and jarred the ball loose, with Ryan Smenda Jr. recovering.

Wake Forest was without Washington for the whole game. He sustained a right foot injury early in the third quarter of last week’s game against N.C. State. 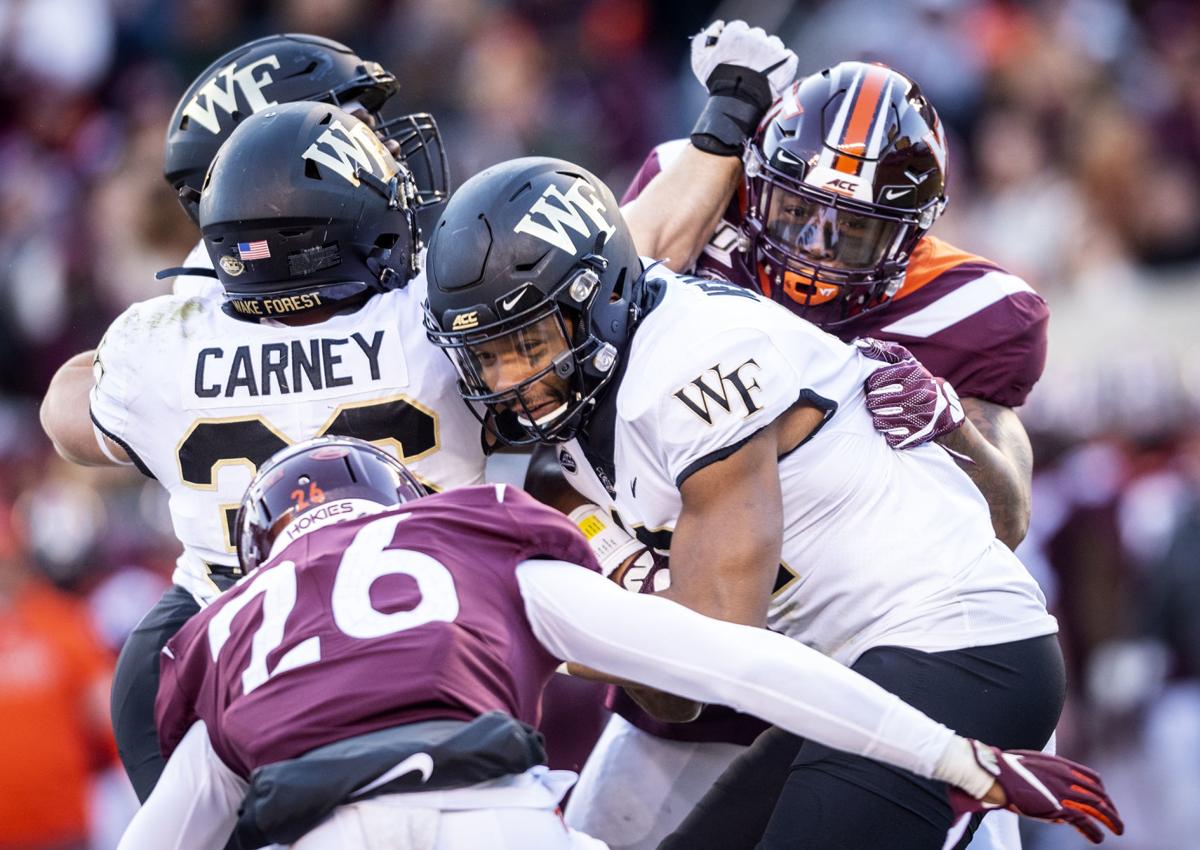 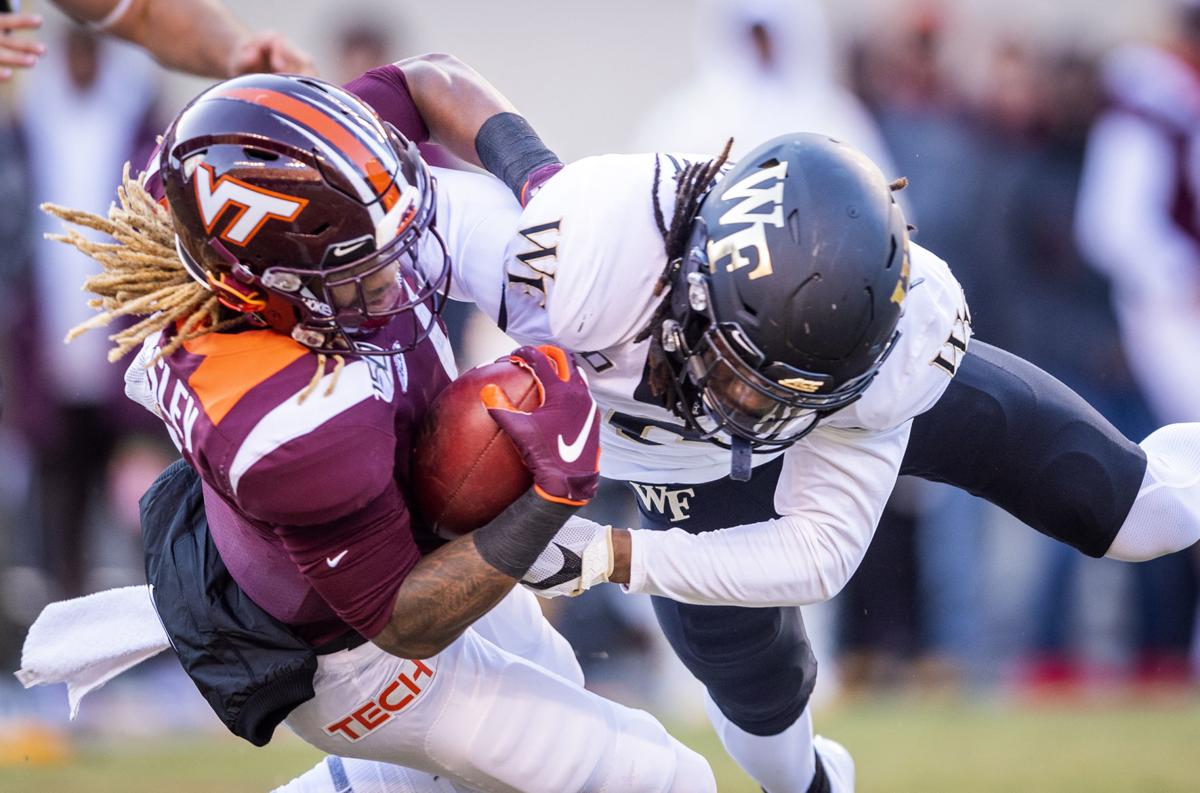 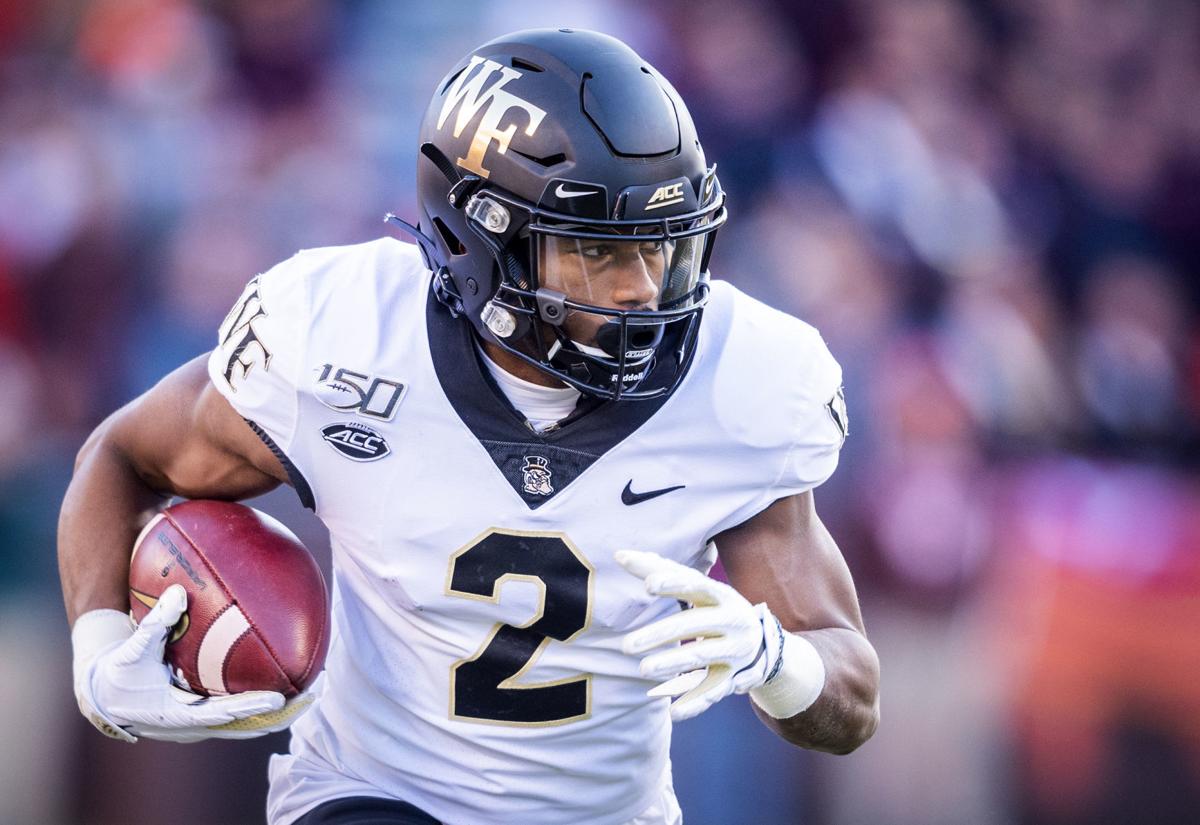