Wake Forest to display emblems, ‘Black Lives Matter’ on helmets this season
13 comments
Share this
1 of 3 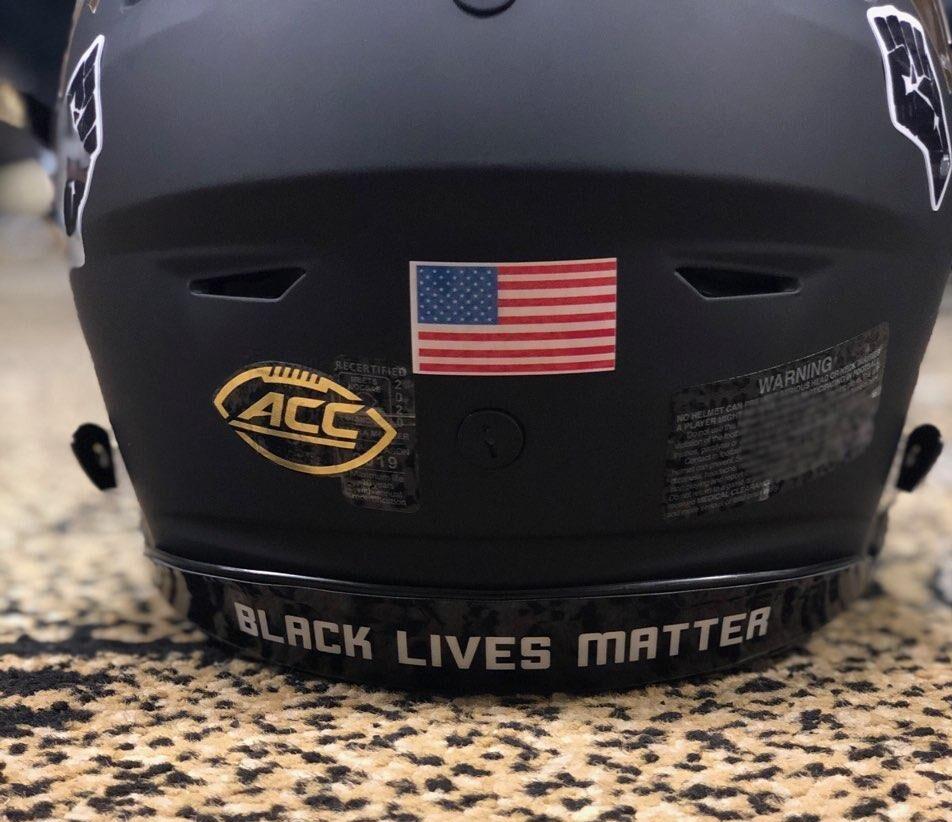 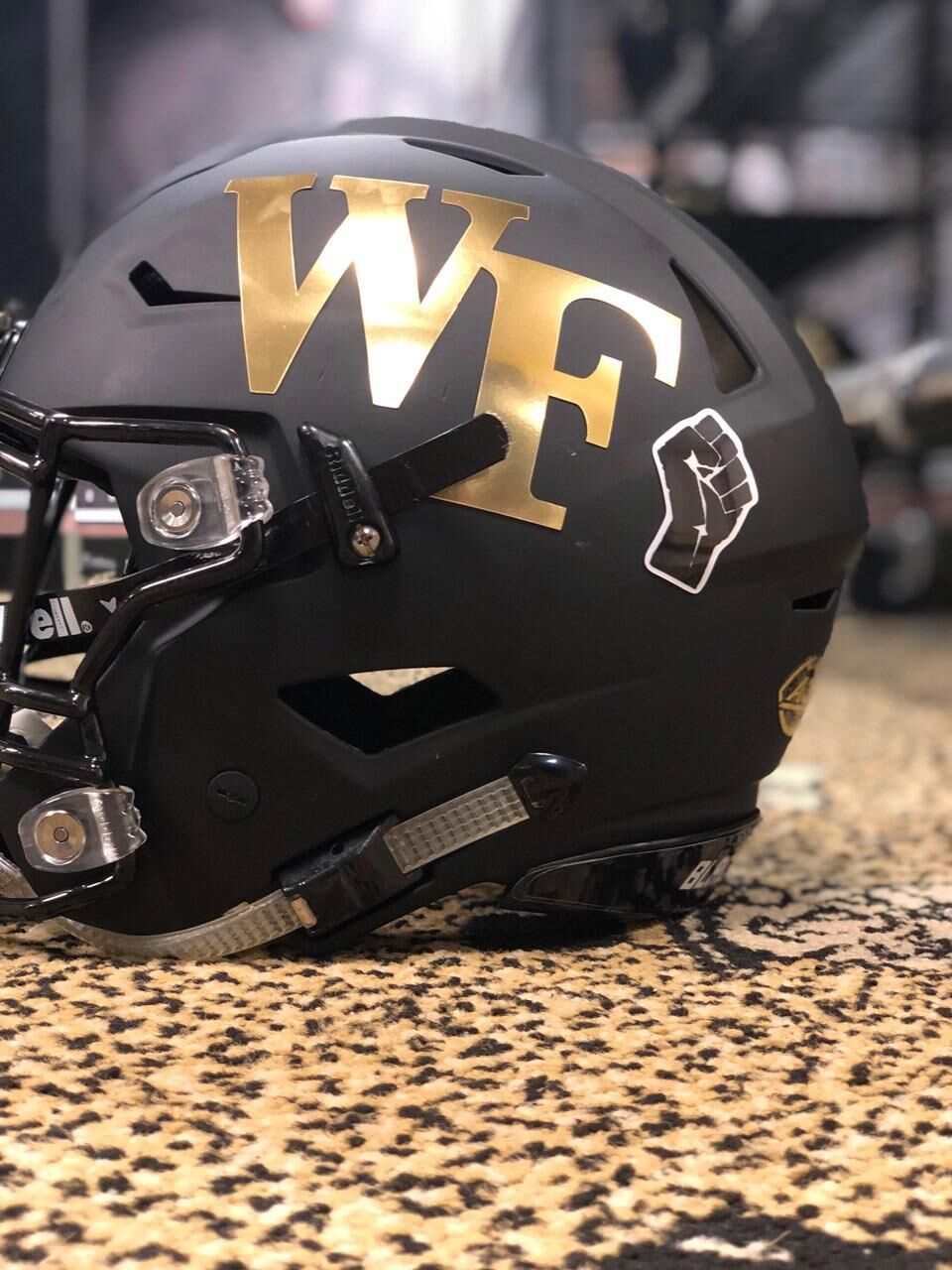 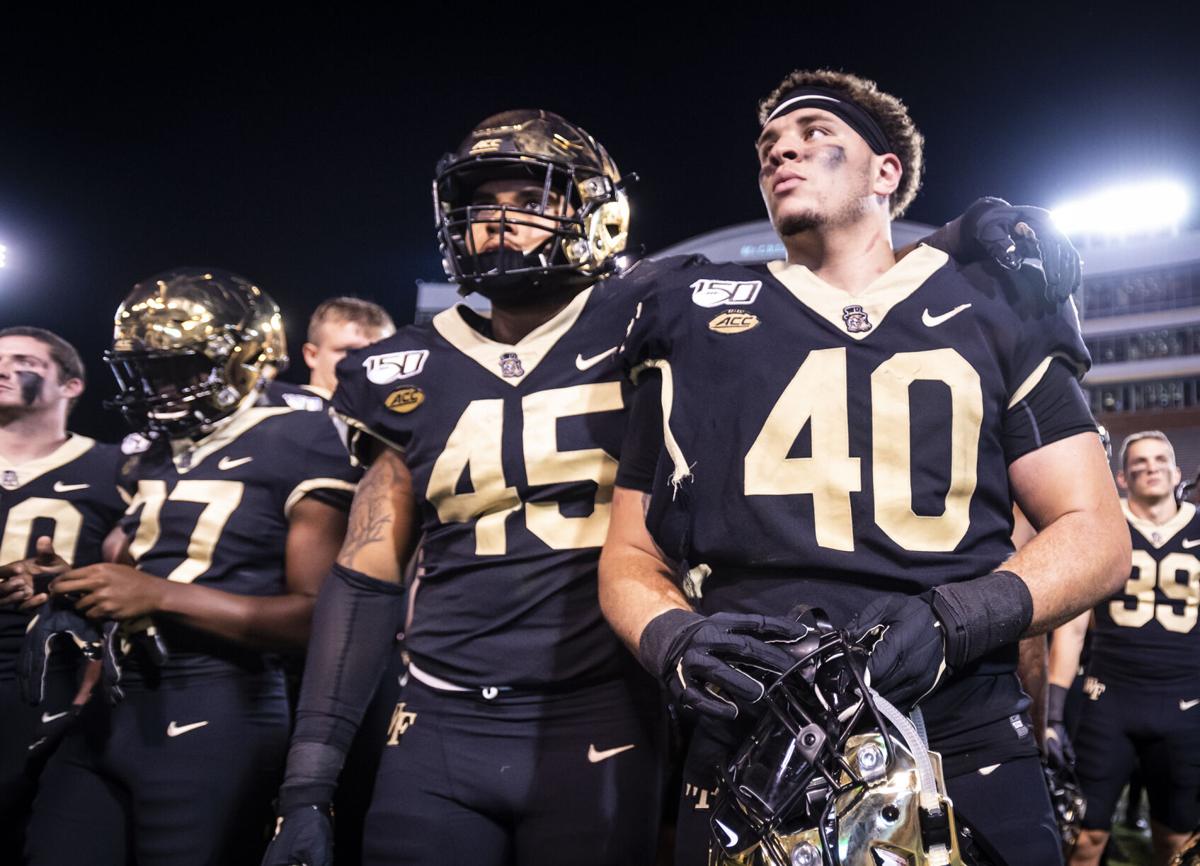 Wake Forest's Ryan Smenda Jr., middle, said the Deacons will have emblems on their helmets and "Black Lives Matter" this season to draw attention to correcting racial injustices.

Wake Forest’s football team did not miss practices in the aftermath of the police shooting of Jacob Blake in Kenosha, Wis., while professional teams and the NBA playoffs skidded to a halt for a few days.

Instead, the Deacons had already been discussing — and decided — what they could do to draw attention to racial injustices.

The most visible aspect of those discussions will be seen on the Deacons’ helmets this season, starting with Saturday night’s game against No. 1 Clemson at Truist Field.

Wake Forest’s helmets will have a clenched fist on both sides. Across the back of the helmet, normally reading “Wake Forest,” will be the words “Black Lives Matter.”

“Every picture that will be taken, we’ll have our helmet on and every picture is going to have a fist on it and it’s just to say, ‘We’re not going anywhere with these social injustice issues and we’re still working on little things around the campus that we’re doing, here and in the near future,’” junior linebacker Ryan Smenda Jr. said.

It won’t just be for the Deacons’ primetime game against Clemson — Wake Forest plans on having the emblems displayed for the entire season.

It’s part of continuing and fostering uncomfortable conversations that has already led to the strengthening of relationships within Wake Forest’s program.

“I feel to some degree that right now the relationships in our program are more honest than they’ve ever been,” Coach Dave Clawson said. “I don’t feel there’s any subject with our players that we can’t talk about. There’s no, ‘Don’t go there, it’s not football.’ Everything is wide-open.

“And I think overall it’s been incredibly healthy for the relationships we have with our players. … I think some of the relationships between our white players and our Black players have gotten even closer through these last four or five months.”

Several weeks ago, Wake Forest’s players talked about what kind of display they could make to bring attention to racial injustices. Group discussions cultivated the idea of putting displays on helmets, which the leadership committee told the coaching staff was what the team wanted.

Coming out of a summer that has shown the power of college athletes’ voices, notably at Oklahoma State and Florida State, it’s important to note how aware Wake Forest’s players are of their platform.

“A lot of times, maybe fans just see college athletes as, you know, just as that, college athletes,” said Zach Tom, a redshirt junior offensive lineman. “At the end of the day we’re also people, we have our feelings as well, so it’ll be nice to finally be able to show them, especially on a national stage, for the rest of the country to see.”

Some backlash on social media Tuesday, when news of the emblems first surfaced, centered on removing political beliefs from sports.

Fifth-year linebacker Ja’Cquez Williams would make a point to people who want politics and sports to remain separate that athletes, when they remove jerseys, are people with some of the experiences as anybody else.

“As athletes, we have a platform, we have a voice," Williams said. "And at the end of the day, we’re more than just the emblem that we wear on our chest. We’re sons, we’re nephews, we’re people who have families and we have lives, we have experiences. All of our experiences are valid, whether people want to acknowledge it or not.

Wake Forest found itself on the wrong side of another big margin Saturday, losing to No. 16 Virginia Tech, 84-46.

COVID-19 protocols in place, teams on the way to Greensboro for ACC basketball tournaments

GREENSBORO — Even without the banners that usually hang from downtown lamp posts, Greensboro is still Tournament Town for the next 11 days.

The Wake Forest men’s basketball team, 3-14 in the ACC and 6-14 overall, will close its regular season against Georgia Tech on Friday night at…

Wake Forest lost its final road game of the regular season, a 70-57 defeat against Pittsburgh on Tuesday.

Wake Forest's Ryan Smenda Jr., middle, said the Deacons will have emblems on their helmets and "Black Lives Matter" this season to draw attention to correcting racial injustices.