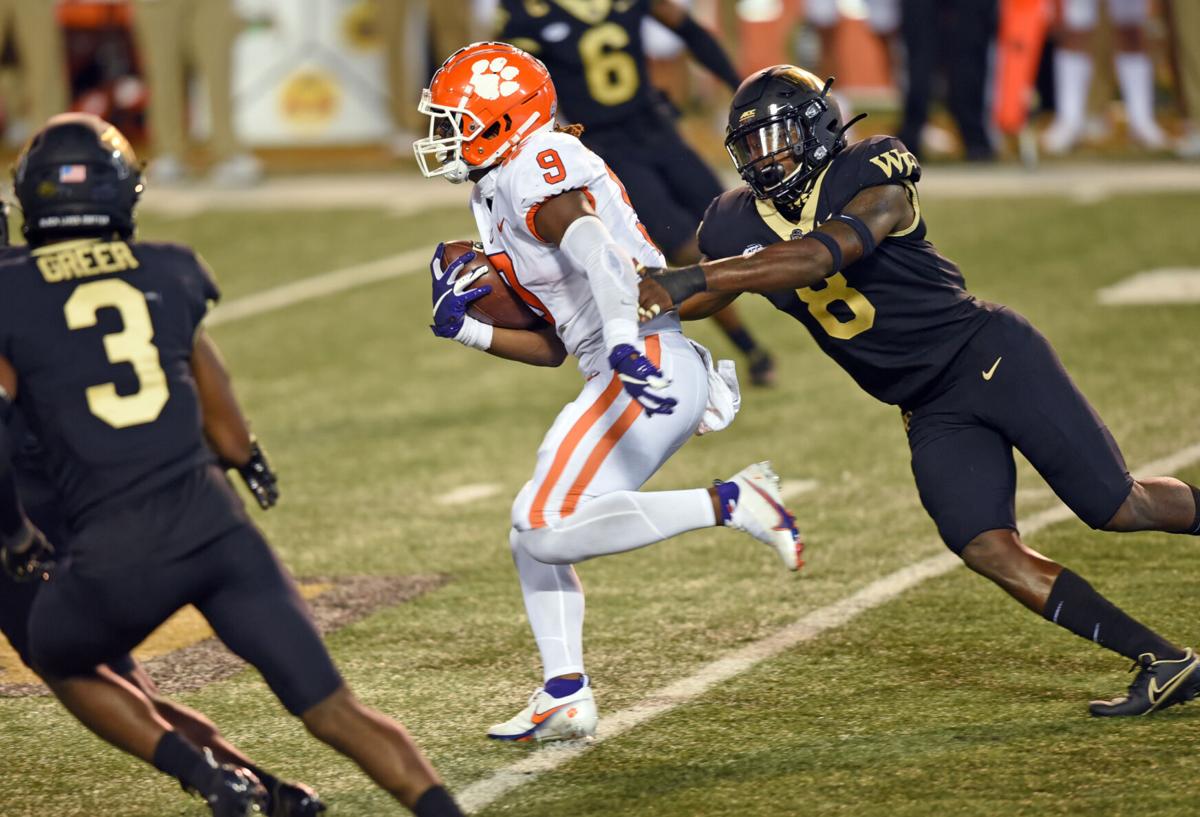 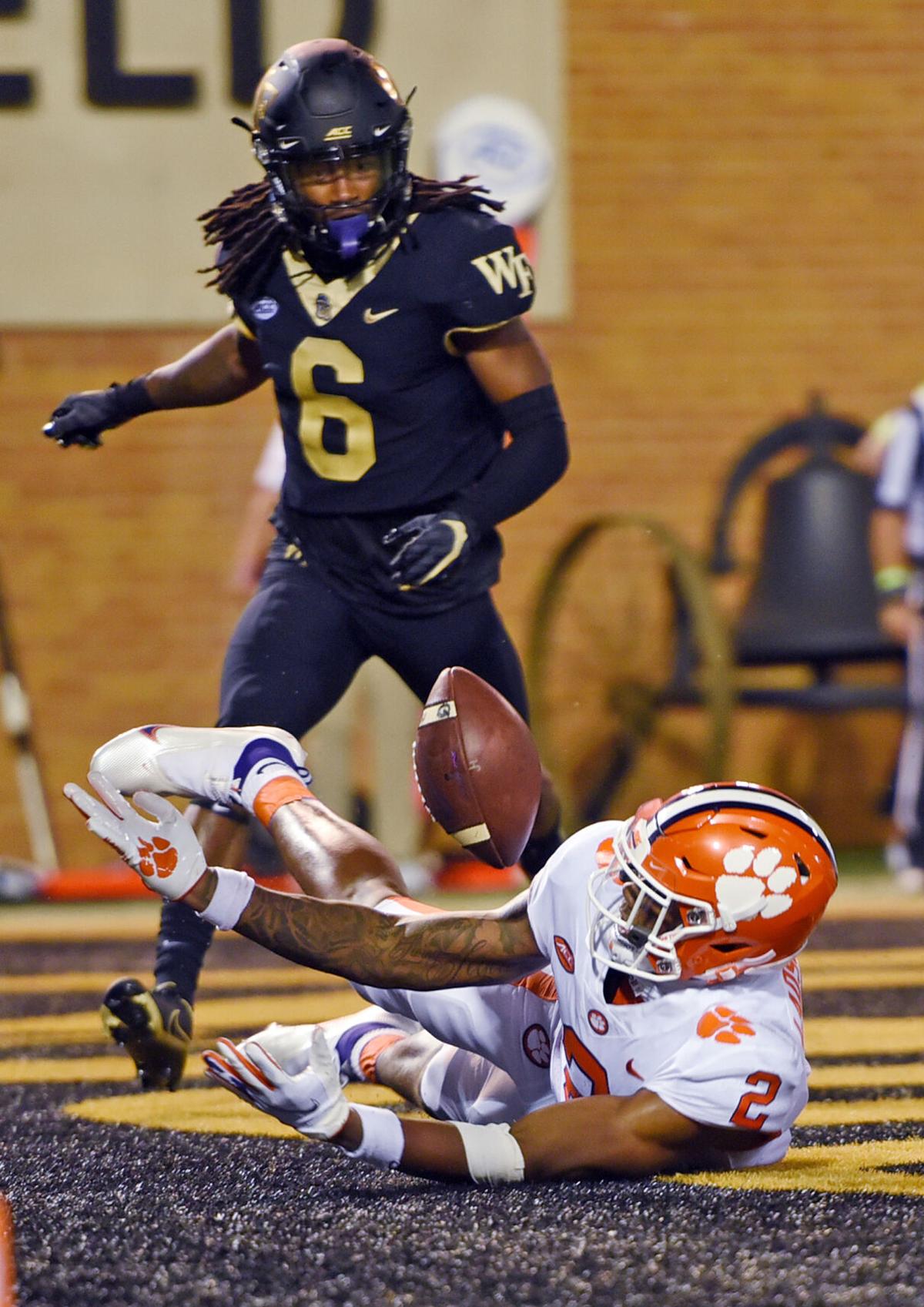 There didn’t need to be exhaustive research into why Wake Forest’s secondary struggled to contain Clemson’s passing attack last weekend.

“We were playing one defense on one side and another on the other side, which leads to easy touchdowns,” senior cornerback Ja’Sir Taylor said.

And a reason for that, from Coach Dave Clawson:

“The one position that we graduated two starters on defense, and we were down six corners,” Clawson said. “And part of it was really late. That was a last-minute adjustment that we wanted to get our best four on the field.”

Indeed, all four of Clemson’s touchdowns seemed to come by relative ease — either the scoring play itself or a big passing play to move the Tigers down the field in the 37-13 win. Trevor Lawrence might have been able to cartwheel into the end zone for the first two touchdowns, both quarterback keepers on the goal line.

Lawrence had 351 yards in less than three quarters of work. Clemson’s 376 passing yards is the most Wake Forest has surrendered since last year’s opener against Utah State — of course, if the opponent throws for 416, you can win if in turn you throw for 401.

The Deacons started Taylor, who’s played most of the last three seasons as the No. 3 corner behind Essang Bassey and Amari Henderson, and Tyriq Hardimon, a redshirt junior whose experience has been limited, at cornerback.

“If you don’t get lined up and communicate against Clemson, good luck.”

To go further into Wake Forest’s breakdowns in the secondary against the Tigers is to understand that, quite literally, there was difficulty in receiving communication from Wake Forest’s sideline.

Taylor said Wake Forest worked throughout the week on hand signals because it was anticipating a relatively silent stadium — and Clemson’s voluminous staff does a good enough job of intercepting signals without being able to hear them, too.

But the Deacons had to adjust with the ACC’s ruling that schools could pump artificial crowd noise into stadiums — Clawson and Coach Dabo Swinney met before the game to agree on a volume level.

“Coming in we prepared for there to be no crowd noise, and then late into the week that got changed,” Taylor said. “We were working on hand signals throughout the whole week thinking that it would be quiet and the offense would hear us and we get there to the game and it’s kind of loud.

“We had to adjust on the fly and that caused a lot of miscommunications.”

Adjusting on the fly is also the explanation for why junior safety Nasir Greer played cornerback for the first time in his Wake Forest career. Greer suffered a torn ACL in last season’s game at Syracuse and was only cleared to play against the Tigers after fall camp ended in August.

So a junior who was limited by a nine-month recovery process was plugged into a position for the first time — against what’s sure to be one of the top passing offenses in the country — two days before the game.

“That was a move out of desperation,” Clawson said. “That Nasir Greer is so smart, knows the defense so well, he’s the one guy when all of those corners went down that we said could go out there and have an idea what to do.

“He wasn’t perfect but he held up for the most part and he always competes and he’s one of our very best football players.”

Only one of Wake Forest’s three freshman cornerbacks, JJ Roberts, was in pads for Saturday night’s game, and he didn’t play. The other two — Caelen Carson and Gavin Holmes — were unavailable because of contact tracing for COVID-19, Taylor said.

Kenneth Dicks III, listed on the Deacons’ depth chart as a backup to Taylor, wasn’t in pads, either. Sophomore cornerback Isaiah Essissima was never on the field for a defensive snap.

Without going into specifics of which players will be available this weekend against N.C. State, Clawson said, “We’ll be much better in the secondary. We’ve got a number of guys back this week.”

Is the Cincinnati Reds recent hot streak sustainable the rest of the season?

How much of a World Series contender are the Chicago White Sox?

How much of a World Series contender are the Chicago White Sox?

What teams could make a push for Aaron Rodgers?

What teams could make a push for Aaron Rodgers?

How the MLB's new sticky substance policy can impact bettors

How the MLB's new sticky substance policy can impact bettors