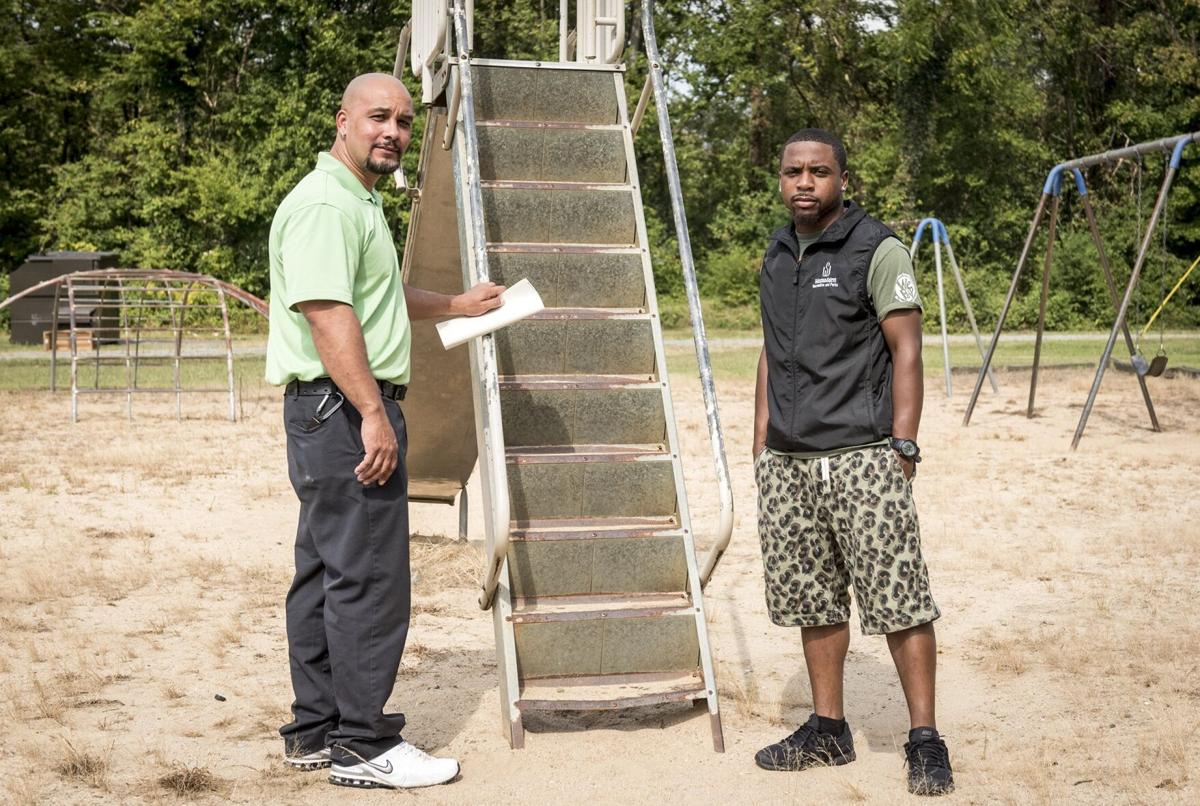 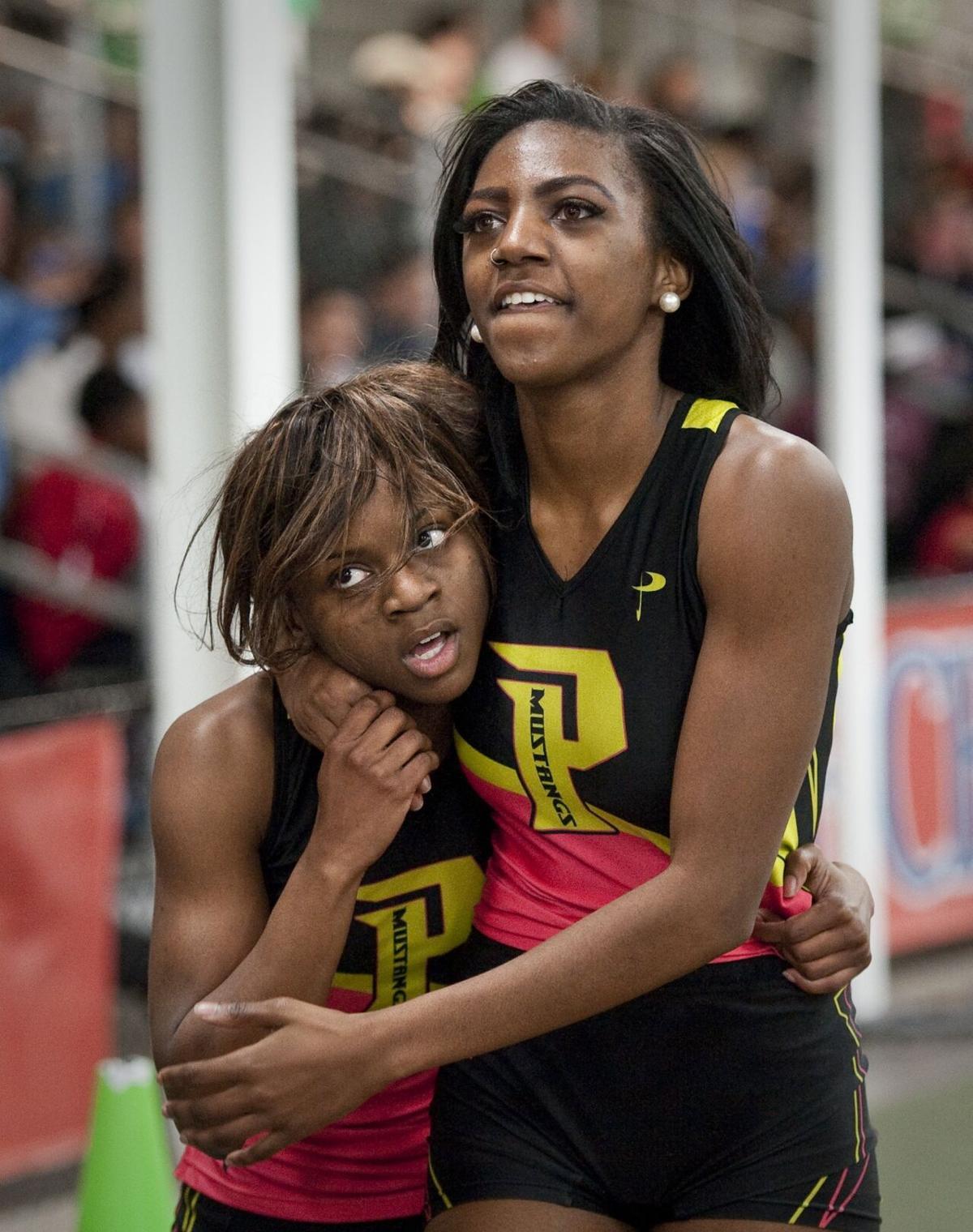 Katlin Sherman (left) and Ebony Williams of Parkland embrace after competing against each other in the 300 meter dash during the NCHSAA Class 4-A Indoor Track Championships in February of 2015. 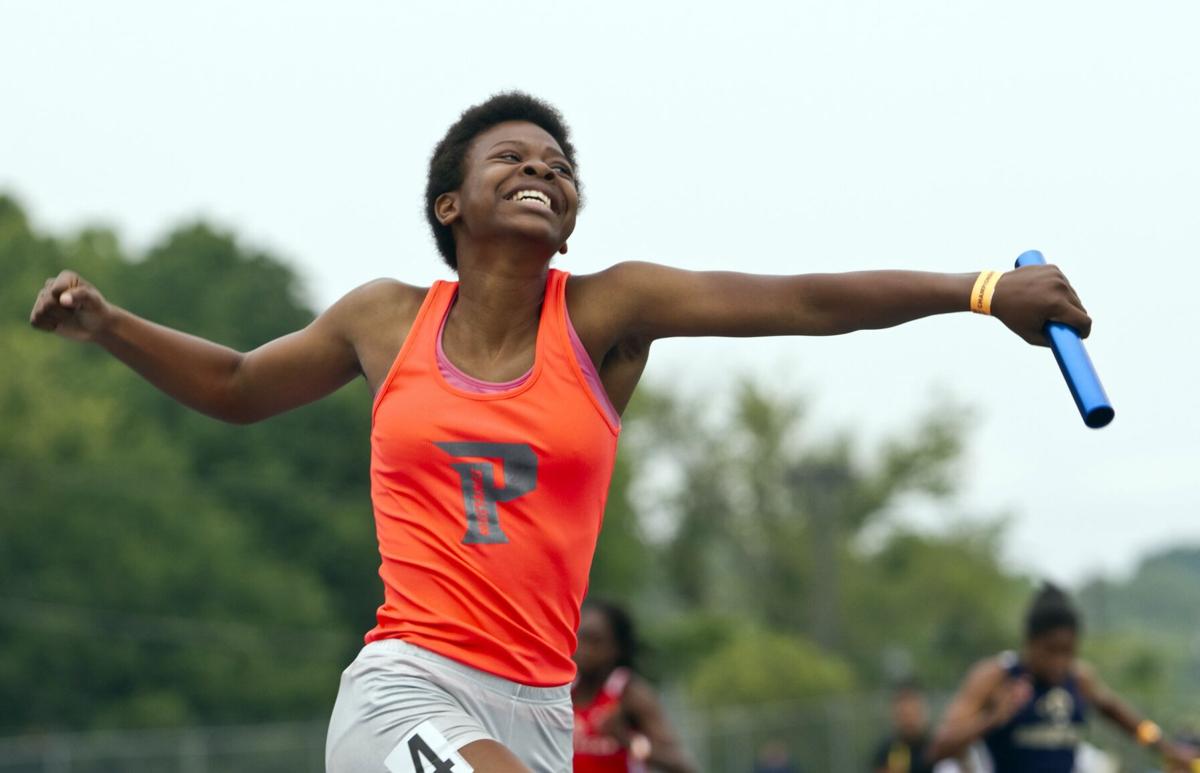 Erin Morrison, a sophomore at Parkland High School, celebrates after winning the girls 4x200 meter relay in May of 2013 at N.C. A&T. 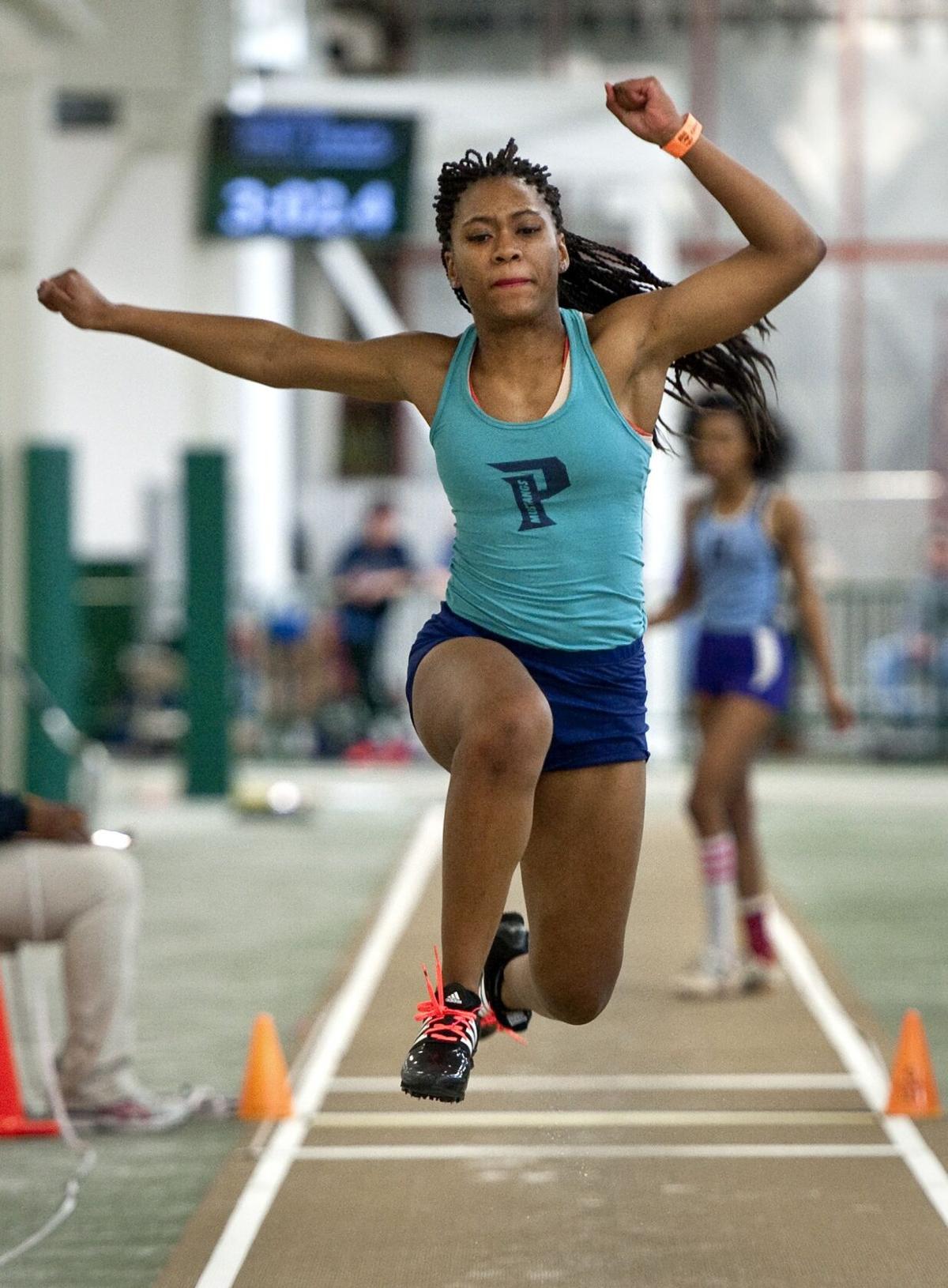 Nateja Hale of Parkland competes in the triple jump during the NCHSAA Class 4-A Indoor Track Championships in February of 2015.

He only played one season of football at Winston-Salem State, but Bryce Sherman remembers it well.

Sherman, who was honored last week by being named to the Winston-Salem/Forsyth County Sports Hall of Fame for 2020, was a key member on the memorable 2012 Rams that went 14-1 and lost in the Division II championship game.

Sherman, 31, is part of a six-person class, which is sponsored by the Winston-Salem Sportsman Club.

“I’m honored, and when they called to tell me and I got the letter saying I was in, I would have never dreamed this growing up,” said the 5-foot-7 Carver graduate and Winston-Salem native who still weighs about the same as he did during in his playing days.

What set Sherman apart was his speed, because his first love was track. Football just sort of happened. He was a two-sport star at Carver for his final three years there before signing a track scholarship at South Carolina after graduating from Carver in 2008.

He was also being recruited for football while at Carver by Steve Spurrier, then the coach of the Gamecocks.

Coach Connell Maynor of the Rams was looking for some veteran help and got in touch with Sherman after his graduation from South Carolina.

“Coach Maynor knew I had one more year of eligibility in football so I started work toward my masters there at WSSU,” Sherman said. “He wanted me to come be part of the puzzle his was putting together.”

That puzzle resulted in the best season in school and CIAA history, with the 14-1 record, and the loss to Valdosta State in the national championship game in Florence, Alabama.

“It’s still fresh in my memory, but we had gone undefeated all season and then just come up short in that championship game,” Sherman said. “It was just a blessing to get to play my last season of football in my hometown.”

He was one of the top sprinters in the state during high school, winning the state championship in the 50, 100 and 200 in his junior season. He also led the city with more than 1,700 yards rushing that fall as a running back.

He was also part of numerous state championships in several relays in both indoor and outdoor.

In his one season at WSSU he was the third-leading rusher with 327 yards on 59 carries (5.5 yards a carry) and scored two touchdowns. He also had seven catches and returned 11 kickoffs for 286 yards for an average of 25 yards a return.

Sherman works for the city’s recreation department, and loves working with children.

“Right now I’m an athletics supervisor and oversee all the youth and teen sports throughout the city,” Sherman said. “I love working with the kids and it’s my passion to do that and be able to work in the sports field.”

As for the children asking Sherman to race, he smiled.

“I still got a little speed left,” he said.

The Winston-Salem Sportsman Club, which also sponsors the Mary Garber Holiday Classic around Thanksgiving, is taking nominations for the hall of fame for the 2021 class. For more information go to club’s web site.

The other inductees for 2020

Coach Ricky Holt (Winston-Salem Prep Athletics Director): Coached football, basketball and track at Carver High School from 1997 to 2004. He was assistant football coach on the 1998 and 2002 state champion Yellowjackets. Was coach of the year in basketball in the Piedmont Triad 3-A in 2000 and was the head coach for the boys track team in 2004 that was the 3-A state runner up.

Erin Morrison (2015 Parkland graduate): Sprinter during her time in high school where she was a part of multiple state championships. Was also part of the Parkland indoor and outdoor state championship team in 2013-14. In her senior season was part of a state record 4x400 winning relay team. Ran track at Hampton before transferring to Appalachian State.

Miaysha Bryant (2015 Parkland graduate): Set numerous school records including the 100 and 200 meters. Was also part of a 4-A state championship relay team in her senior season in 2015 in the 4x200. Ran track at N.C. Central.

NaTeja Hale (Parkland graduate): Was part of the four-time state championship track teams at Parkland. She competed in the triple-jump and hurdles. She was named All-Conference and All-County in her final three years at Parkland. Ran track at UNC Asheville before transferring to N.C. Central.

Why are the Cowboys favored to win the divison?

WSSU shifts focus to its game at Catawba on Sept. 11 in Salisbury 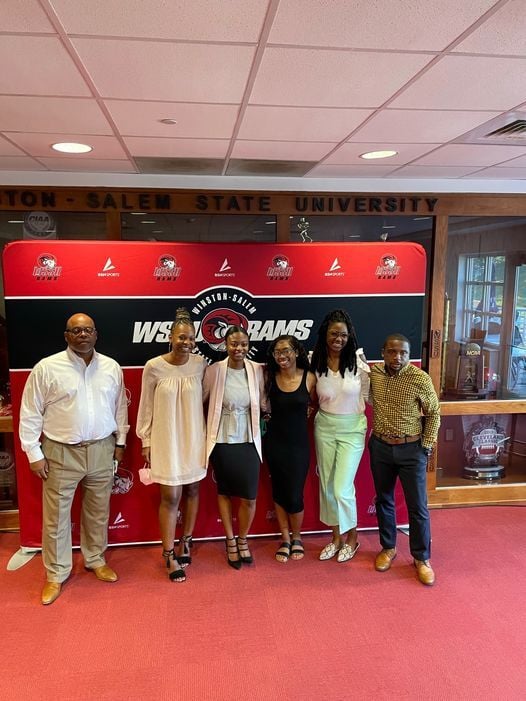 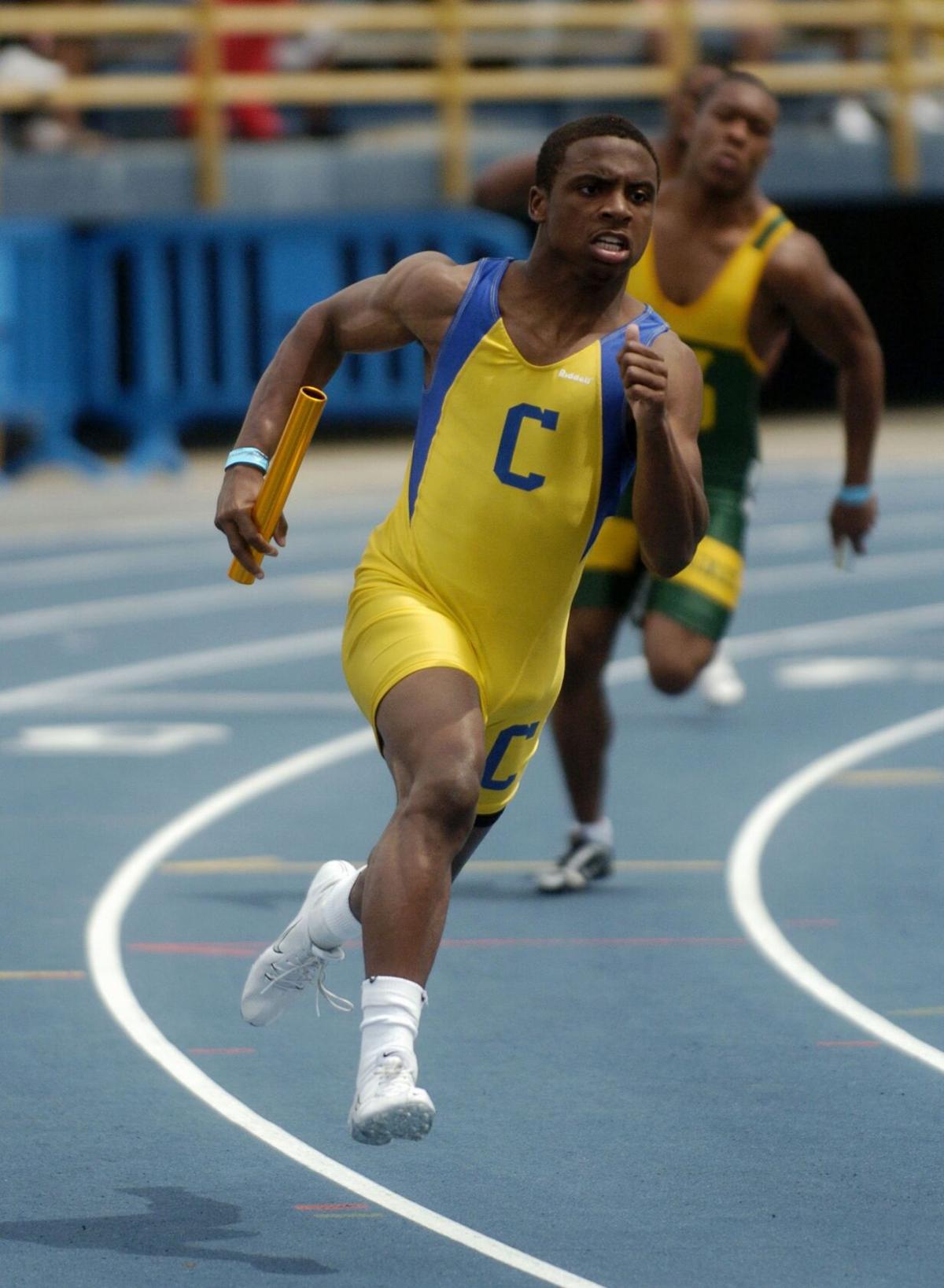 Bryce Sherman of Carver High School flies around the track as the anchor leg helping Carver to win first place with a time of 1:27.62 in the 4x200 meters relay event during the 2008 NCHSAA 3-A state track-and-field championship at Irwin Belk Track at N.C. A&T.

Katlin Sherman (left) and Ebony Williams of Parkland embrace after competing against each other in the 300 meter dash during the NCHSAA Class 4-A Indoor Track Championships in February of 2015.

Erin Morrison, a sophomore at Parkland High School, celebrates after winning the girls 4x200 meter relay in May of 2013 at N.C. A&T. 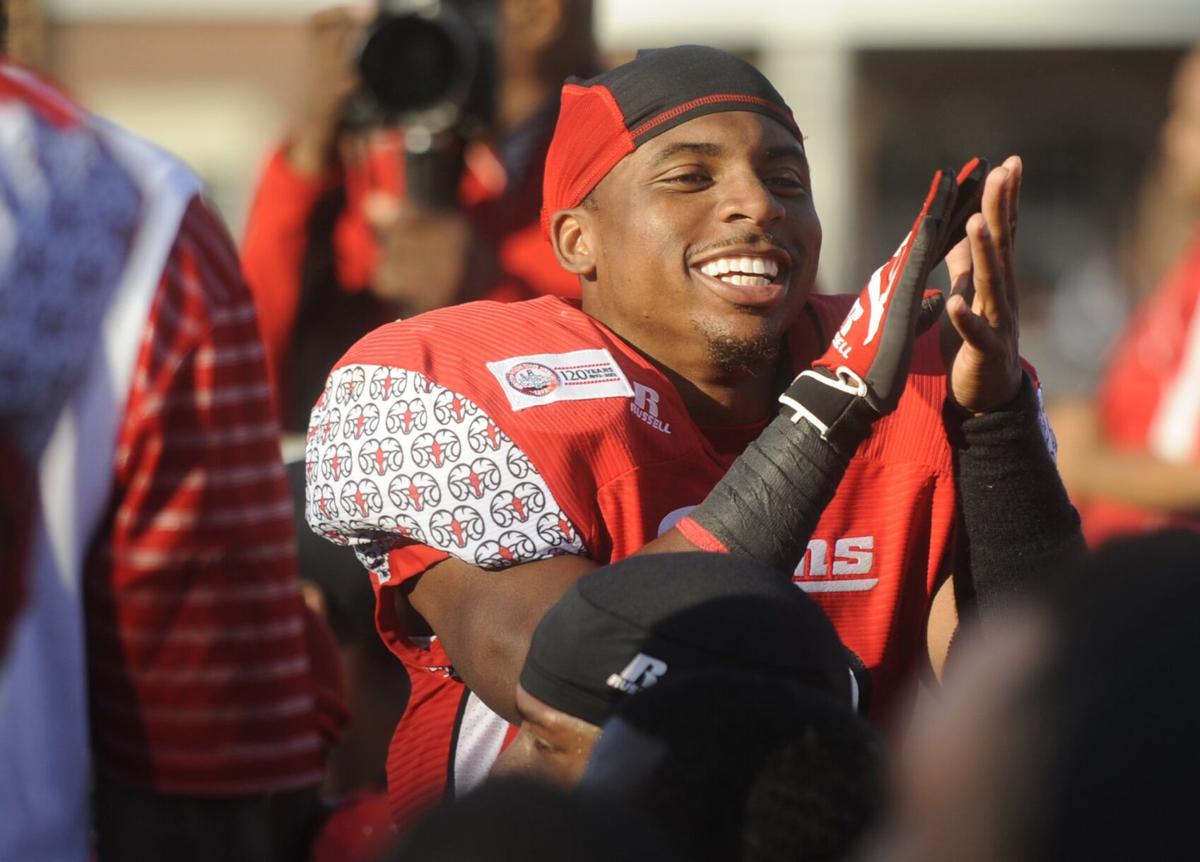 Running back Bryce Sherman was part of the 2012 Winston-Salem State football team that went a CIAA-best 14-1 and lost in the Division II national championship game to Valdosta State.

Nateja Hale of Parkland competes in the triple jump during the NCHSAA Class 4-A Indoor Track Championships in February of 2015.