After spending nearly a year and half at Jackson State and seeing what Coach Deion Sanders did in raising the awareness of playing at an HBCU, there was little doubt where Chad Turner wanted to go once he decided to transfer.

“I wanted to stay in the HBCU scene,” Turner said of coming to Winston-Salem State to play wide receiver and be a valuable special-teams player.

Turner, a 5-foot-9 speedster from the Dallas, Texas, area loved his time at Jackson State but didn’t see much playing time. But he did learn to appreciate what Sanders was doing and continuing to do as Sanders shines a light on HBCU football.

Turner isn’t bitter about not seeing more playing time, and instead chose to talk about the positives with what Sanders is doing. It should be noted that Sanders’ name is being mentioned in various reports about moving to a Power Five school.

“Prime is changing the whole culture of HBCU football,” Turner said about his time being coached by Sanders, who is nicknamed “Prime Time” after an outstanding college career at Florida State and his Hall of Fame career in the NFL. “He’s getting us on the map and the best thing is his leadership, his swagger and his mindset. It’s about looking good, playing good and it’s all good.”

Turner said that in recent years, the NFL has noticed that HBCUs do have talent and they are trying to harness that talent.

“Now we have our own (NFL) combine and we are getting invites to the Legacy Bowl (another all-star game for HBCU seniors) and it’s a big difference,” Turner said. “It doesn’t matter what level you are in when it comes to HBCU football, if you can play they will find you.”

It’s been a slow process for Turner at WSSU, mainly because the offense has struggled and is last in the CIAA in scoring at just under 12 points a game. Sitting at 0-4 and having last week’s homecoming game with Lincoln (Pa.) canceled because of the storm that blew into town Friday from Hurricane Ian, the Rams are trying to find anything positive.

“Honestly, we still have to find our identity as an offense,” Turner said. “When Prime first got to Jackson State we started out 3-3, then had a good streak, but couldn’t find it at the end. Once we built that togetherness and that next fall we were SWAC champs.”

Turner has been on the field a lot for the Rams with four carries for 35 yards and he’s made four catches for 26 yards. He’s also returned three punts and has six kickoff returns averaging a respectable 18 yards a return.

Coach Robert Massey and offensive coordinator Kam Smith are basing their offense around the run, thanks to plenty of talented running backs. While graduate transfer Richard Latimer is a dropback quarterback, freshman Jahmier Slade is a true dual threat.

“He’s a good kid,” Massey said of Turner, a freshman on the field but a junior in the classroom. “He’s tough, and he has a good football IQ and he does a lot for us. He plays receiver and he returns punts and kicks so he’s gotten the ball a lot so far.”

Massey said when they have been able to get the ball to the receivers, Turner has delivered.

“He’s a guy that we can throw those short screen passes to and he can turn it up field for long gains,” Massey said. “We have to make sure he gets the ball more.”

Turner said turning the corner on offense is only a matter of time.

“We have a solid coaching staff this year and we are getting on the same page and trying to find out what works and what doesn’t,” Turner said. “We have a lot of young guys as well.”

Through four games the Rams have scored just five touchdowns and have 10 turnovers not to mention countless penalties at crucial times.

“We need to have more consistency,” Turner said. “We are going to get there for sure but I think (offensive coordinator Kam Smith) is trying to figure out who the best quarterback is to lead us. With (Jahmier) Slade he just needs more reps and he’ll be fine.”

Turner says he hopes there will be more emphasis on the passing game because he likes the way the wide receivers are rounding into shape.

“People just need to know that with guys like R.J. Mobley, Antjuan Collins and the rest of us we feel pretty good about the direction we are heading,” Turner said. “We just need to get a W and that will help our confidence.”

WATCH NOW: Running back JahTwan Stafford is part of the rotation for WSSU

People can't get over Jude Bellingham’s performance against Senegal

People can't get over Jude Bellingham’s performance against Senegal 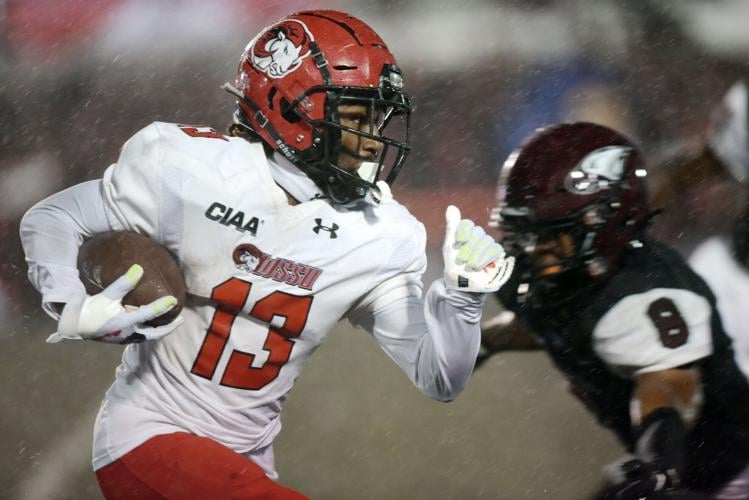 Winston-Salem State’s Chad Turner returns punts and kickoffs and is a wide receiver. Turner transferred to WSSU from Jackson State. 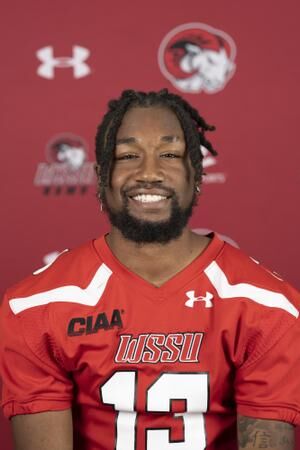