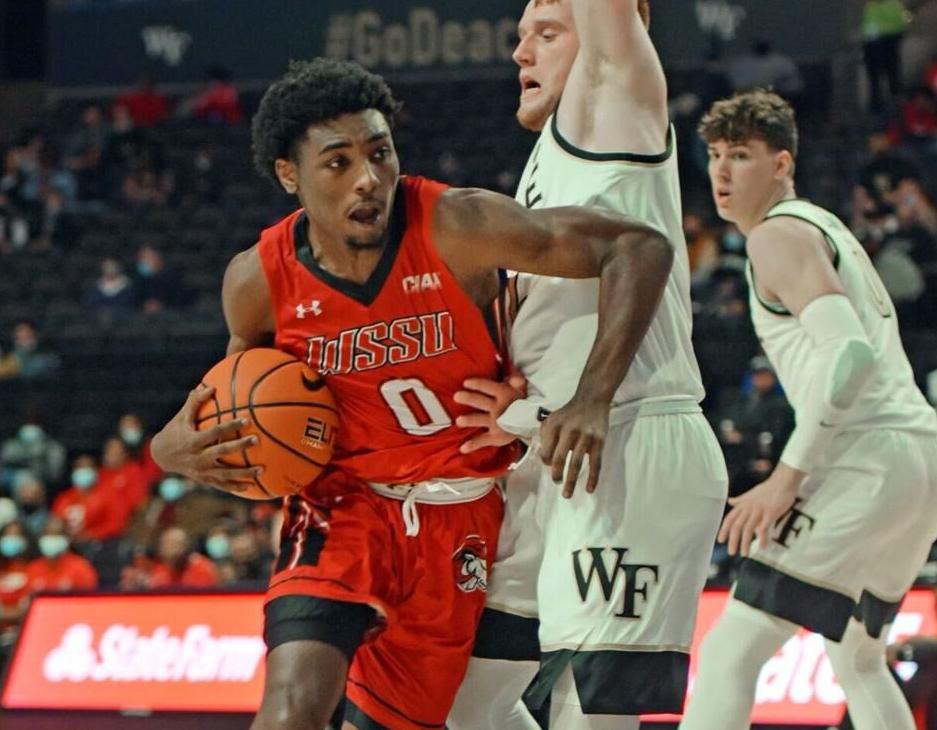 Samage Teel will be part of an all-freshmen backcourt at WSSU this season. 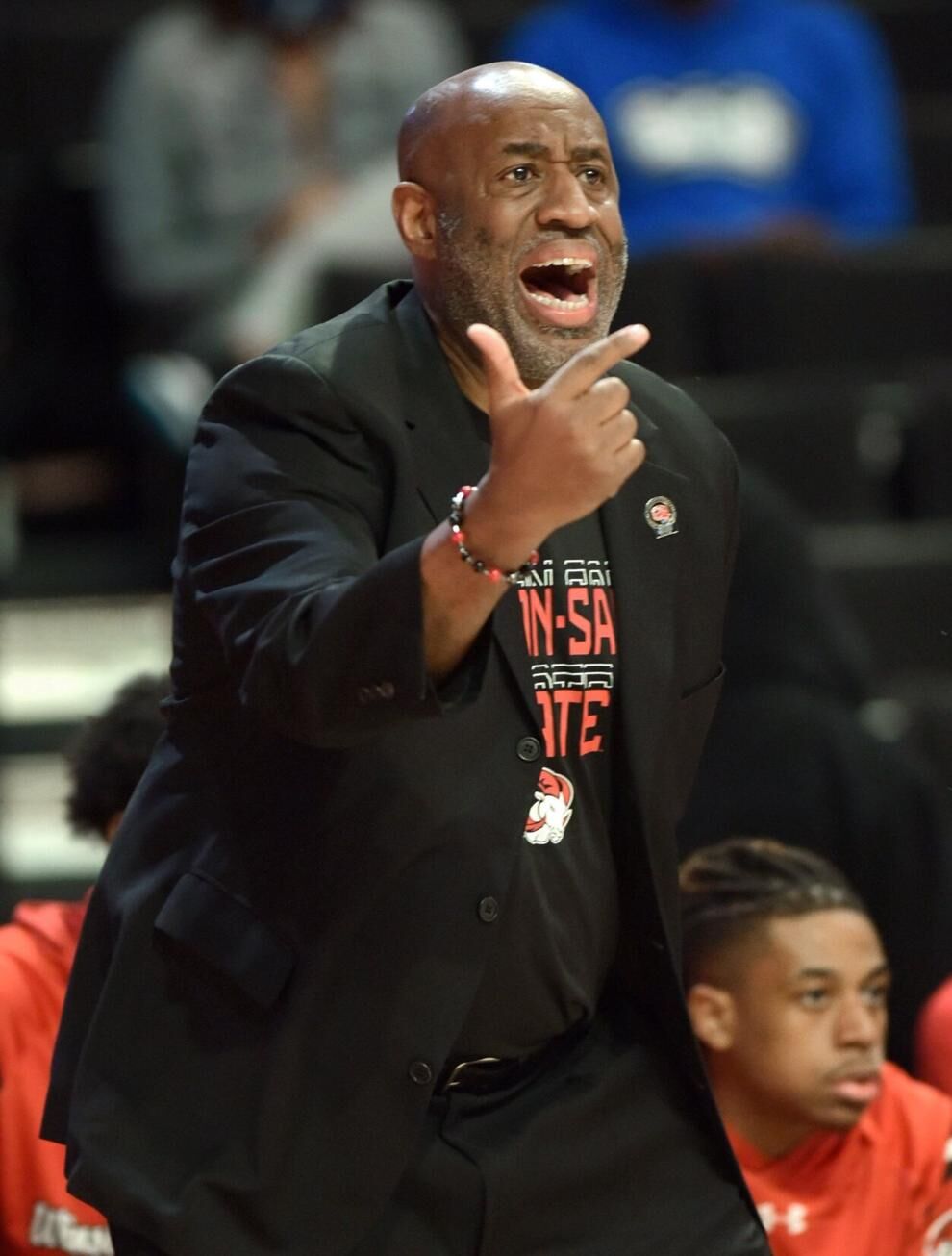 Cleo Hill Jr. and the Winston-Salem State Rams are the defending CIAA champions

Coach Cleo Hill Jr. will open his third men’s basketball season at Winston-Salem State this week, but he already has a good indication of how good the Rams can be.

Thanks to two exhibition games at ninth-ranked Duke and at Wake Forest, along with a closed scrimmage with N.C. A&T, Hill and his coaches are armed with plenty of video for practice this week. The Rams will open at Division II power West Liberty at 5:30 p.m. Friday and then play Wheeling University on Saturday at 4 p.m.

“I don’t know how much easier it really will get with playing West Liberty in our opener,” Hill said of playing the seventh-ranked Hilltoppers. “They are always a nationally ranked team, so we’ll have another challenge in front of us.”

The challenge for the Rams in the two exhibition games, which were both lopsided losses, was the sheer size of the Blue Devils and the Demon Deacons. The Rams are a guard-oriented team that will rely on quickness and defensive instincts as they chase another CIAA title.

The Rams are the defending CIAA champions but don’t look much like they did two years ago. Only Jon Hicklin and Xavier Fennell played major minutes and are back this season.

The Rams received $22,000 combined for the two exhibition games, and it afforded them a chance to play at an iconic gym at Cameron Indoor Stadium in Coach Mike Krzyzewski’s final season.

“We will watch all three of the tapes and we’ve got to clean up a few things as we get going here with our season,” Hill said.

One of the subtle changes for the Rams is that Hicklin, who played mostly point guard in the 2019-20 season as a transfer from James Madison, has shifted more to small forward. The freshmen backcourt will feature Isaac Parson and Samage Teel, who are both about 6-foot-1 and can play both guard positions. Freeing Hicklin to move off the ball should help him be more of a force.

Teel and Parson, who were in school in 2020-21 when the Rams didn’t play a season, are a year stronger and have a year of academics under their belts.

“I think those two will be special and they both can play,” Hill said about the former high-school rivals who are teammates for the first time.

Another big addition, senior transfer Cameron Campbell, is the Rams’ best outside shooter. Campbell, who is 6-foot-4, is a transfer from Lincoln (Pa.) and knows the CIAA well.

“We got a good feel of who we are as a team so playing these games was big for us,” Hicklin said about competing with two ACC schools and a Big South school in A&T. “We got a feel of what it’s like at another level so what we have to do know is put together how we want to play and be ready.”

Hicklin said a major improvement will have to be rebounding.

“We just have to box out better because we lost so many rebounds,” he said after Friday’s loss to the Deacons at Joel Coliseum. “And on offense we have to move the ball better and at times (against Wake Forest) we did that. I thought we played better than we did against Duke and that’s encouraging.”

Campbell’s biggest adjustment in joining the Rams was getting used to the way they play. Defense was the calling card for the Rams when they won the CIAA title and that hasn’t changed.

“I just think we need to work on being consistent every day,” said Campbell, who averaged nearly 15 points in his junior season at Lincoln (Pa.). “We just have to keep that energy from start to finish. It’s about playing hard for 40 minutes.”

Another plus to playing in three competitive games before its opener is working out the kinks of not playing since Feb. 29, 2020. That was the last time the Rams had played a game, when they won the CIAA championship over Fayetteville State in Charlotte. The Rams didn’t play last season because of COVID-19.

The Rams are confident they can contend in the CIAA.

“Yes, we can win it again,” Hill said. “I think our depth is better and we are slightly more athletic than the 2020 team. Right now it’s the growing pains, and we scheduled a tough preseason and a tough nonconference schedule, and hopefully all of that will get us ready for conference play.”

WSSU heads to off-season with one big question: Who will be its next head coach?

There are three options for fans to choose from

Rams will open up in West Liberty tournament this weekend

Rams will be facing the Southern Division champions

Samage Teel will be part of an all-freshmen backcourt at WSSU this season.

Cleo Hill Jr. and the Winston-Salem State Rams are the defending CIAA champions