But Hill, who will enter his third season as the Rams' coach, shakes his head when asked about defending a title during a global pandemic.

Hill, the CIAA’s coach of the year as the Rams went 19-10 and won the CIAA title in Charlotte on Feb. 29, tried to sum up what will be needed to defend the title.

“It’s really going to be about who can manage the day-to-day dealings of this virus and who can manage getting through it,” said Hill, whose teams also won conference titles at Cheyney and Shaw. “There are just so many unknowns out there that we don’t even know what it’s going to look like once we actually get to playing games. That’s just the reality of the situation.”

“We are not going to hide the fact that we are the defending champions,” Hill said.

The Rams will open full practice this week, but they don’t have a schedule amid many other unknowns.

Hill says while there is plenty to navigate, the good news is he will hit the court with a 15-player roster full of talent, from holdovers Jaylen Alston, Jon Hicklin, Xavier Fennell and Justice Kithcart to a recruiting class that is one of the best the Rams have had in recent years.

The Rams have seven returning players and eight newcomers.

Among the newcomers, guards Samage Teel and Isaac Parson give Hill plenty of options. Transfer Cameron Campbell is a shooter in the mold of Colon, who took a team-high 369 shots last season. Also two newcomers to watch are 6-foot-9 Rasheen Merlin and 6-foot-8 Cyrille Diop. A late addition to the team is 5-foot-11 guard Abnar Muhammad, who is from Chicago.

With everything seemingly slowing to a crawl since mid-March as the pandemic hit, it seems like a long time ago that the Rams won the school's 12th CIAA Tournament title.

“We didn’t get a chance to have our chests puff out a little bit this summer as the champions of our league,” Hill said. “There was some talk about a parade, and the banner ceremony and the ring ceremony can still happen, but we just don’t know when that will be.”

Hill has done plenty of Zoom meetings with his team but has finally been able to meet with them in person on campus.

“They are super-excited and we’ve been shut down from team meetings to talking about basketball to individual skill development,” Hill said. “We just started individual workouts on Sept. 29, but now we can get into full practice mode. They are itching to get out on the court.”

Colon, a four-year starter who will go down as one of the top players in the program's long, storied history, was the absolute best at bailing out the Rams on offense. His creativity with the shot clock winding down will be missed.

Hill said these players will need to find their roles as practice gets underway.

“We’ve been doing some talking a little bit, but we haven’t gotten too specific on roles yet,” Hill said. “We just want to get the guys out there and let them get some team chemistry. That will be a concern, however, in losing Robert who has been in the league for four years and knows what it’s like.”

Alston will likely grow into the role of a team leader, even though he has played just one season with the Rams. He has a year of experience in the CIAA and he loved the atmosphere surrounding the league.

“We are expecting a bigger role from Jaylen and he was one of the main guys along with Robert last season,” Hill said about Alston, the team’s leading returning scorer at 12.5 points a game. “He was good at driving to the basket and getting guys into foul trouble. Being in the league at least one year gives you an advantage and Jaylen could possibly be a captain for us.”

The only injury concern heading into the first week of practice is Fennell, one of the best defenders on the team. He had off-season shoulder surgery and Hill expects him to be back in late November or early December.

“We feel like we have a good core group from last season that won a championship so we’ll lean on them a lot,” Hill said. “Really, just getting the philosophy down, and we’ve done a good job of changing the culture in two years. It’s only been two years, but it’s about continuing what we did on and off the court, so that will be the biggest challenge.”

It's obvious that the sold-out crowds at the Gaines Center won't be happening this season because of the pandemic.

Among the many questions is what will the Gaines Center look like for games? Etienne Thomas, who is the athletics director at WSSU, has already indicated there will be limited seating at the Gaines Center which seats around 2,800.

Scheduling is also up in the air, but Coach Cleo Hill Jr. said they will likely play their first game in mid-November.

“From our understanding conference play (16 games) will start Jan. 9 and each individual school will do their nonconference if they can,” Hill said. “All the schools that we had planned to play before COVID-19 we are calling to see if they can play us. We can play six nonconference games so we can have some November and December games.”

Having reduced capacity around the CIAA will seem rather cruel because most of the schools have small, on campus gyms. This season will be unlike any other because gyms will likely be half full at best.

As for the CIAA Tournament that's scheduled for Baltimore, it’s likely that the first and second rounds will be played at the higher seeds schools with the remaining games for the tournament being played somewhere in Baltimore.

“When you lose the sixth-man like that it’s almost as big a blow as losing those four seniors from last season,” Hill said about reduced capacity at the Gaines Center. “Our student body carried us to wins, especially last season.”

Hill said he and his assistant coaches (Ricky Wilson and Lance Beckwith) will have plenty of conversations with the team about what this season could look like. It won’t be easy for anybody.

“Our atmosphere at the Gaines Center the last two years has been amazing, and to think about those lines to get in the gym won’t be there so we have no idea even how many fans can see our games,” Hill said. “We don’t know about the cheerleaders, the band, the DJ or even the public address announcer.

“So there are so many things that are unknown, but that’s a big hole when our fans aren’t there, so we’ve got to figure that part out.” 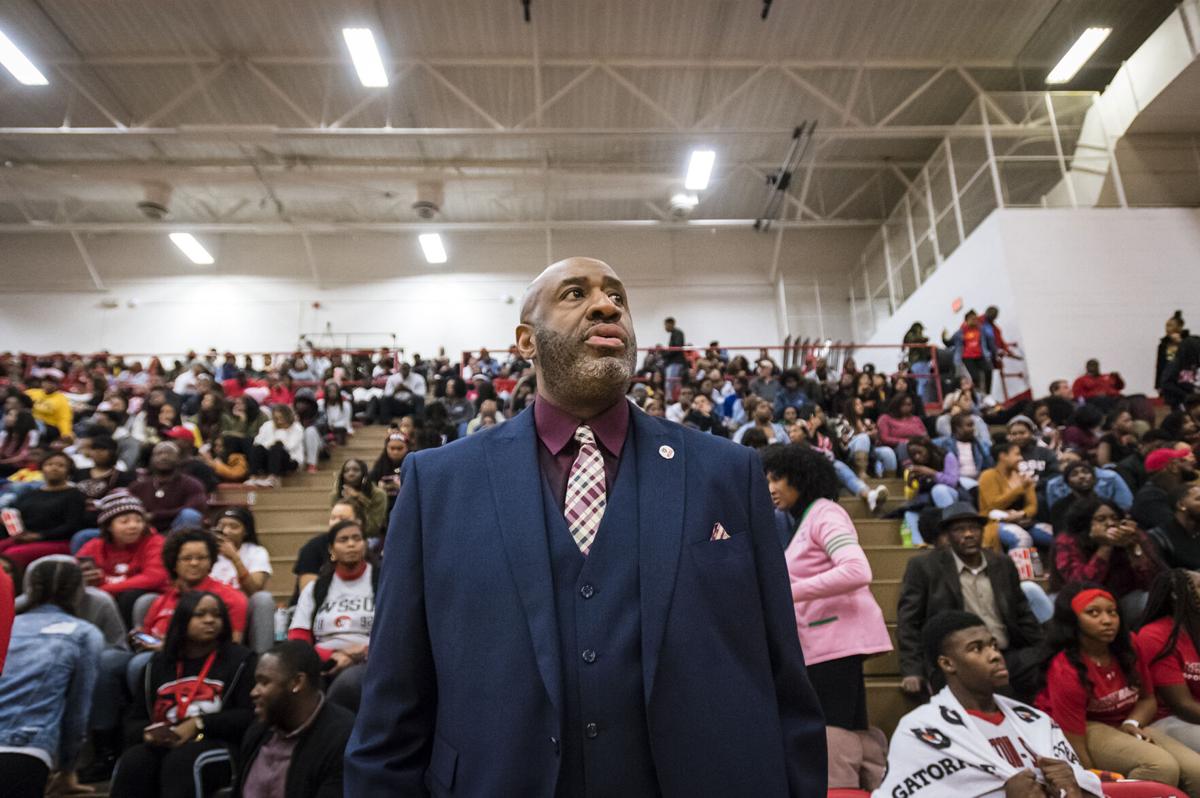 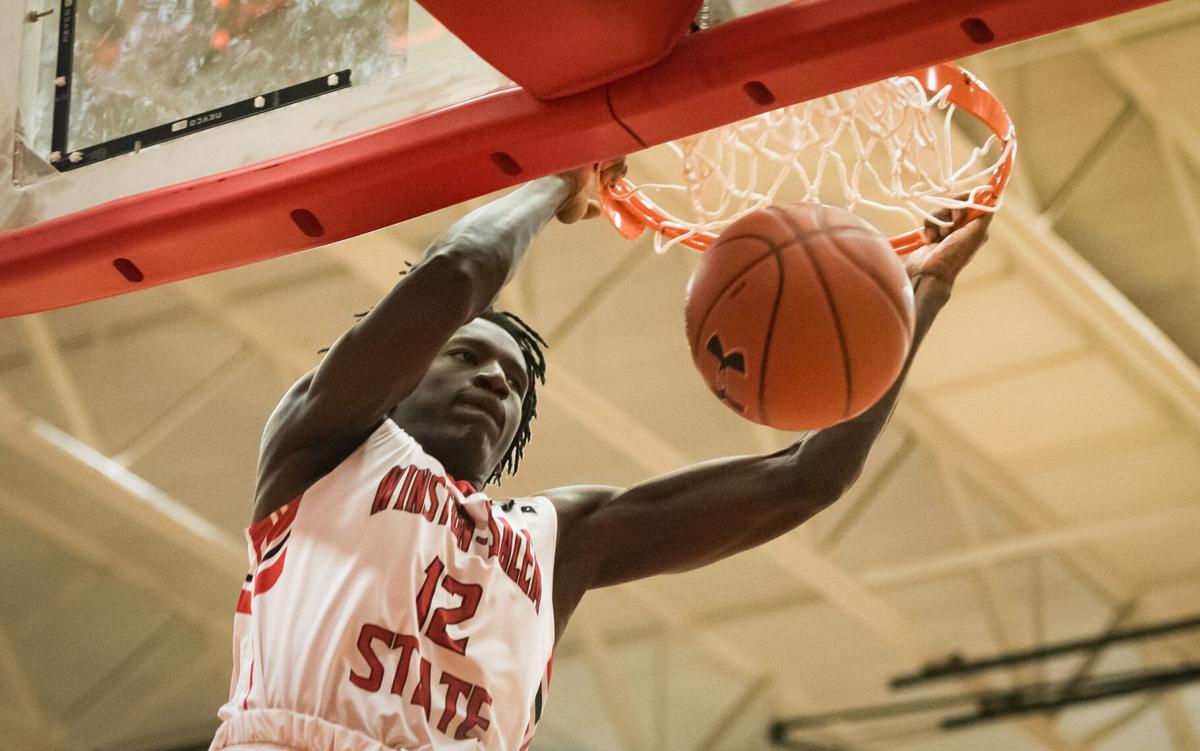 Xavier Fennell had off-season shoulder surgery but is expected back in late November or early December. 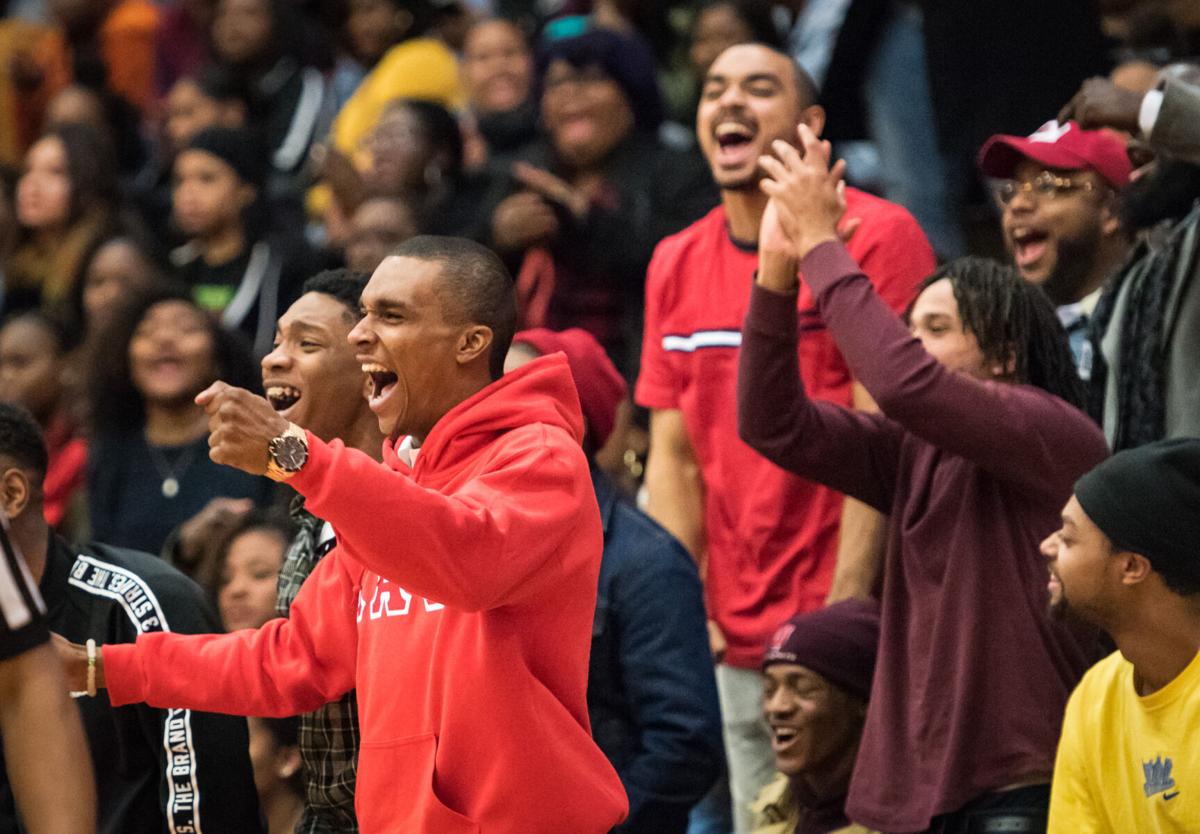 Winston-Salem State fans have packed the Gaines Center in recent years but because of the pandemic crowds at inside sporting events will be limited. 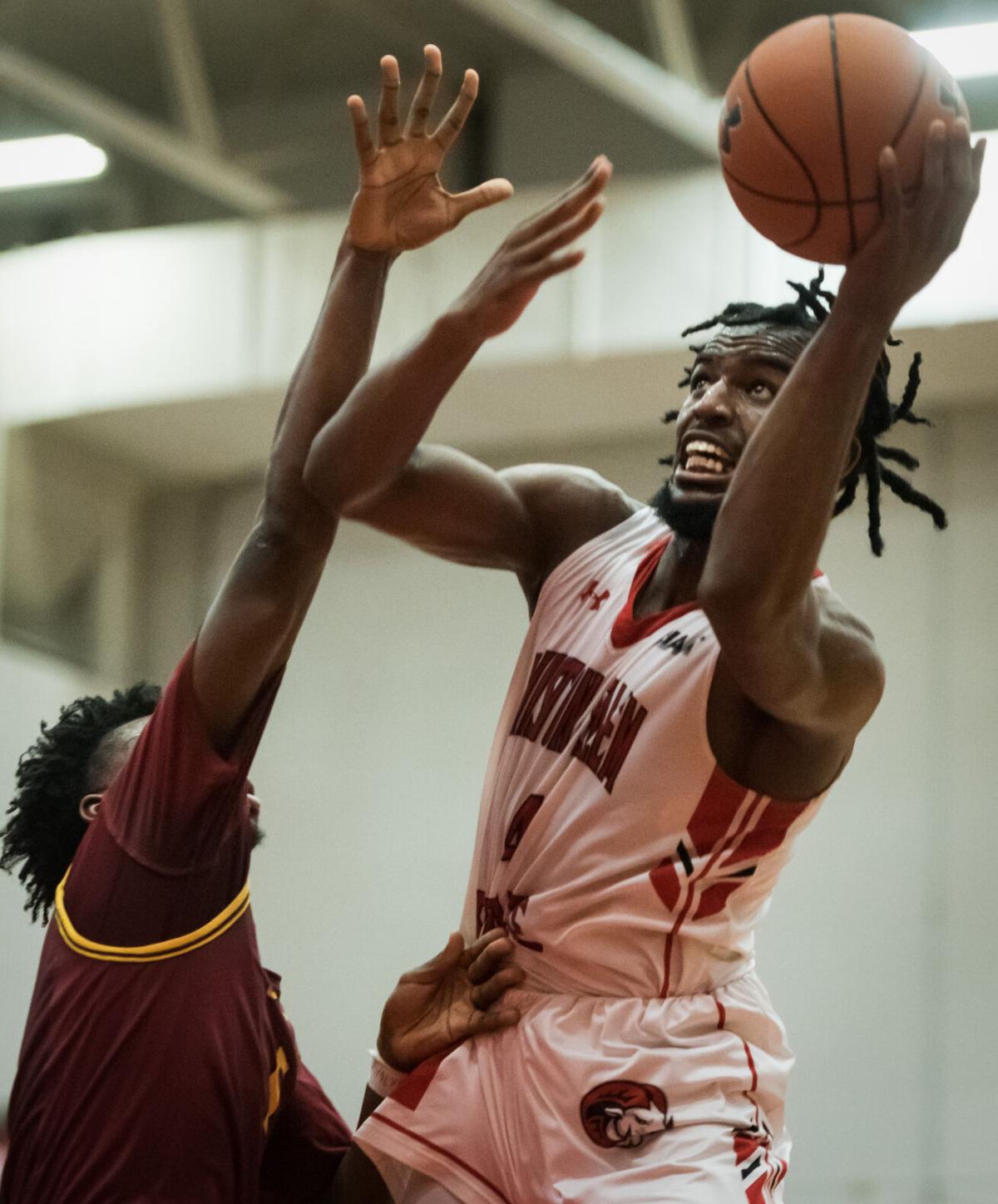 Jaylen Alston's role will be increased this season for Winston-Salem State. He's the team's top returning scorer at 12.5 points a game.