High expectations aren’t something that Winston-Salem State’s men’s basketball team is going to run and hide from. That’s not the way Coach Cleo Hill Jr. likes to operate.

Instead, Hill and his fourth WSSU team will embrace those expectations.

The Rams will open their season on Saturday in Clarion, Pa. at 3 p.m. against Clarion University, then take on Indiana (Pa.) on Sunday at 1 p.m. in the round-robin tournament. Sunday’s game will be a big measuring stick because Indiana (Pa.) ended up ranked third in the final Division II poll last season with a 33-3 record.

“The players and coaches feel like we could win championships — we can win the (CIAA’s) Southern Division, a conference championship and go after a national championship,” Hill said. “But more than that big picture, let’s get better every day.”

The Rams played in two closed scrimmages in the preseason, beating Wingate by 13 points. They also took Wake Forest to the wire before losing 82-69 when the Demon Deacons got hot toward the end of the game. What was most encouraging in the exhibition loss to the Demon Deacons was that the Rams lost the rebounding battle by just one.

“I do think we are ready, and the guys are excited to start the season,” said Hill, whose veteran team was 19-7 last season and returns three starters.

Hill says his 10-man rotation will give he and his coaches plenty of flexibility.

“I like when we throw different combinations out there, but having a rotation like we’ve got now I think will help us this weekend,” Hill said.

Hicklin, along with Fennell and Alston, played on the 2019-20 CIAA championship team that didn’t get to play in the NCAA Tournament because COVID-19 shut everything down.

“On paper, yes, this is the best talent I’ve seen since I’ve been here,” Hicklin said.

Putting it all together on the court is something Hill and his assistant coaches are always talking about to the players.

“It’s about being disciplined and going over the scouting reports and locking in defensively,” Hicklin said. “It starts with our defense and that’s no secret.”

With so much talent on one team that includes two 6-foot-10 centers Gibson and Springs who can shoot the 3-pointer, are there enough shots for everybody?

“We really don’t worry about who’s going to get the stats and all of that because we know that if we play defense the scoring will take care of itself,” Hicklin said. “That has to be the mentality and I think we’ve done a good job of that in the preseason.”

The Rams will play their first four games on the road, which isn’t necessarily a bad place to be as they work out any kinks.

“I think this weekend it’s about defensive rebounding,” Hill said. “That’s what I’ll be watching because we’ll need to do that all season long.”

Nothing is going to slow down Jada Douthit, a deaf basketball player at Winston-Salem State

WSSU wins tournament title in Pennsylvania to improve to 6-1

Rams will play at home on Wednesday night against Johnson & Wales 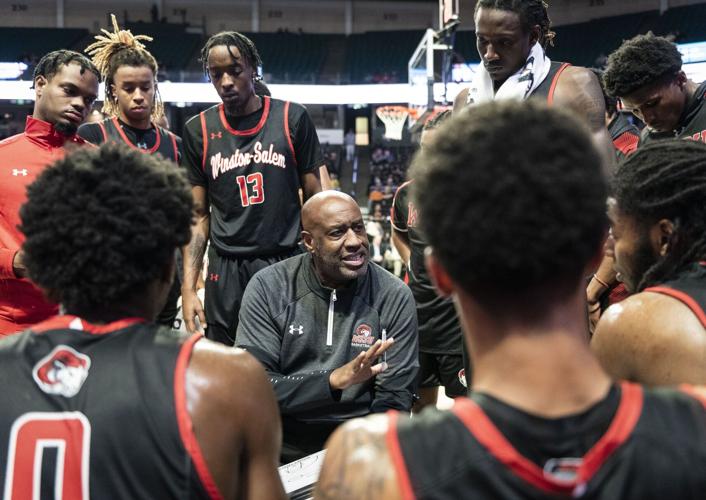 Winston-Salem State head coach Cleo Hill Jr. has a veteran team that will contend for the CIAA title this season. 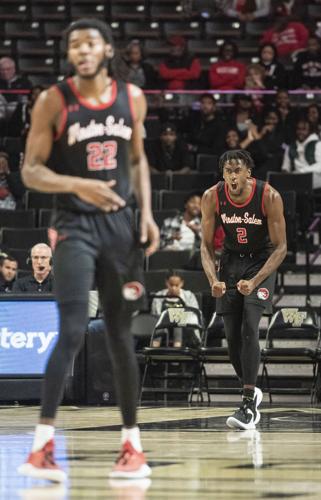 Winston-Salem State forward Nathan Springs (2) and Jaylen Gibson are two 6-foot-10 transfers who will help the Rams this season.