Bam Adebayo was far from an unknown before Sept. 15, but that was the night the former High Point Christian basketball player announced his arrival as a full-blown NBA star.

When the Boston Celtics’ Jayson Tatum slashed down the right side of the lane for what looked like a certain game-tying dunk, Adebayo rotated into Tatum’s path and rose to challenge Tatum with his left hand. Not only did Adebayo reject Tatum’s shot with 3 seconds left in overtime, he controlled the rebound and passed to a teammate to seal the Heat’s 117-114 victory in Game 1 of the Eastern Conference finals.

The moment went viral, and “Bam” became not just a nickname but an exclamation.

Brandon Clifford hadn’t seen Adebayo make that play before, but he wasn’t surprised to see his former player at High Point Christian make a statement in an NBA playoff game.

“His sheer strength and willpower to pin it in mid-air is just a microcosm of who he is,” says Clifford, who coached Adebayo during the 2015-16 season with the Cougars. “Most guys wouldn’t have attempted to do it, but he did it.”

Clifford, a former Page standout who worked with the NBA’s Dallas Mavericks as a player development assistant during the 2016-17 season and now is the boys basketball coach and athletics director at The Cross School in Bluffton, S.C., breaks down the play as a coach.

“That’s to tie the game and 90 percent, maybe 95 percent, of the guys in the NBA never would have attempted to block that shot," Clifford says. "If it’s an and-one, Boston could’ve won the game. And as competitive as these dudes are, nobody wants to be on ESPN getting posterized to lose a game for the rest of their career.”

On Wednesday night, Edrice Femi “Bam” Adebayo will take the next step in his career when he and his Heat teammates take on the Los Angeles Lakers in Game 1 of the NBA Finals. But Adebayo, 23, is far from an overnight sensation. He played in this year’s NBA all-star game and was a second-team All-Defensive selection in his third season as a pro.

Before the NBA, Adebayo was a standout for three years at Pinetown Northside High School before spending his senior year at High Point Christian and playing one season at the University of Kentucky. His combination of size (6 feet -9, 255 pounds), athleticism and skill was obvious to even the most casual observers.

When Clifford first saw him in person toward the end of the 2014-15 season, after Adebayo had expressed interest in transferring to the High Point private school, “I was more interested in who he was as a person and how he would fit with me and what we were about because he was such a high-profile kid,” the coach says. “I didn’t want to take that on and not do right by him or him not be a fit and not be successful.”

Clifford said “it was his demeanor. He just seemed to have a lot of fun playing, and I loved watching after games how he interacted with people.” At High Point Christian, Clifford says, Adebayo connected with the cafeteria staff, the school secretary and the staff behind the scenes.

“It’s kind of interesting see him now on the national stage, because he’s not any different,” the coach says. “Obviously, he’s grown up and matured and he’s better in front of the camera, but the same language and the same sincerity is still there. That’s really refreshing to see.”

Adebayo, Clifford and High Point Christian had three epic games with Greensboro Day decided by a total of four points, and the Cougars won two of them. Freddy Johnson has coached against NBA top draft picks Ben Simmons and Zion Williamson during his time with the Bengals and says Adebayo is “the most physically gifted kid we had played against.”

"Bam was a man," Johnson says. "It was like playing a pro already at that age. I sit here and I watch him in NBA games and I think to myself, ‘How in the world were we able to stop him at all?’ ”

But what impressed Johnson the most is what kind of person Adebayo was and is.

Clifford really got to know Adebayo on the nearly four-hour drive between High Point and the player’s hometown of Washington. The coach had made a deal with Bam’s mother, Marilyn Blount, that he would drive her son home anytime he wanted to see her.

“My big thing with Bam was always trying to get him to take ownership of his own thing and be his own guy in the sense that he did what he really wanted to do,” Clifford says. “He’s a pleaser. He didn’t want to leave Mom, even to come to us. … But as we talked about the NBA and stuff, it was never an ‘if.’ It was: What are you going to do when you get there?”

Now that Adebayo is there, “It’s really cool to see how quickly it’s happening," Clifford says, "and the coolest part is that it’s happening while he’s winning. This dude is anchoring a team with a chance to win a championship.”

“The cool thing about Bam is that, like LeBron (James), I think there could be different acts to his career. There is an act of his career where he becomes a perimeter shooter, where he starts knocking down jumpers. There is that act where he’s getting isolated on the wing and they’re clearing out for him, where they’re setting ball screens for him and he’s getting switches. I think he’s going to be able to evolve as a player offensively. What he does defensively, he’s always going to be able to do that until he just doesn’t have the athleticism anymore because he desires to do it. I don’t think he has a ceiling.” — Brandon Clifford, who coached Bam Adebayo at High Point Christian

“He couldn’t have had a better high school coach, then he went and played for a great college coach (Kentucky's John Calipari) and now he’s in a great pro program. As a player, you have to end up in the right spots and he has. He’s a special human being, a special kid.” — Freddy Johnson, Greensboro Day boys basketball coach

“There’s a community (in Miami) that he can pour into, with young men and young women who are in the same type of situation he grew up in, with a single parent, people scratching to make it. They can look at Bam and see themselves, and he has the ability to reach them and connect with them.” — Clifford, on Adebayo's potential impact off the court

Before the NBA, Bam Adebayo was a standout for three years at Pinetown Northside High School before spending his senior year at High Point Christian and playing one season at the University of Kentucky. 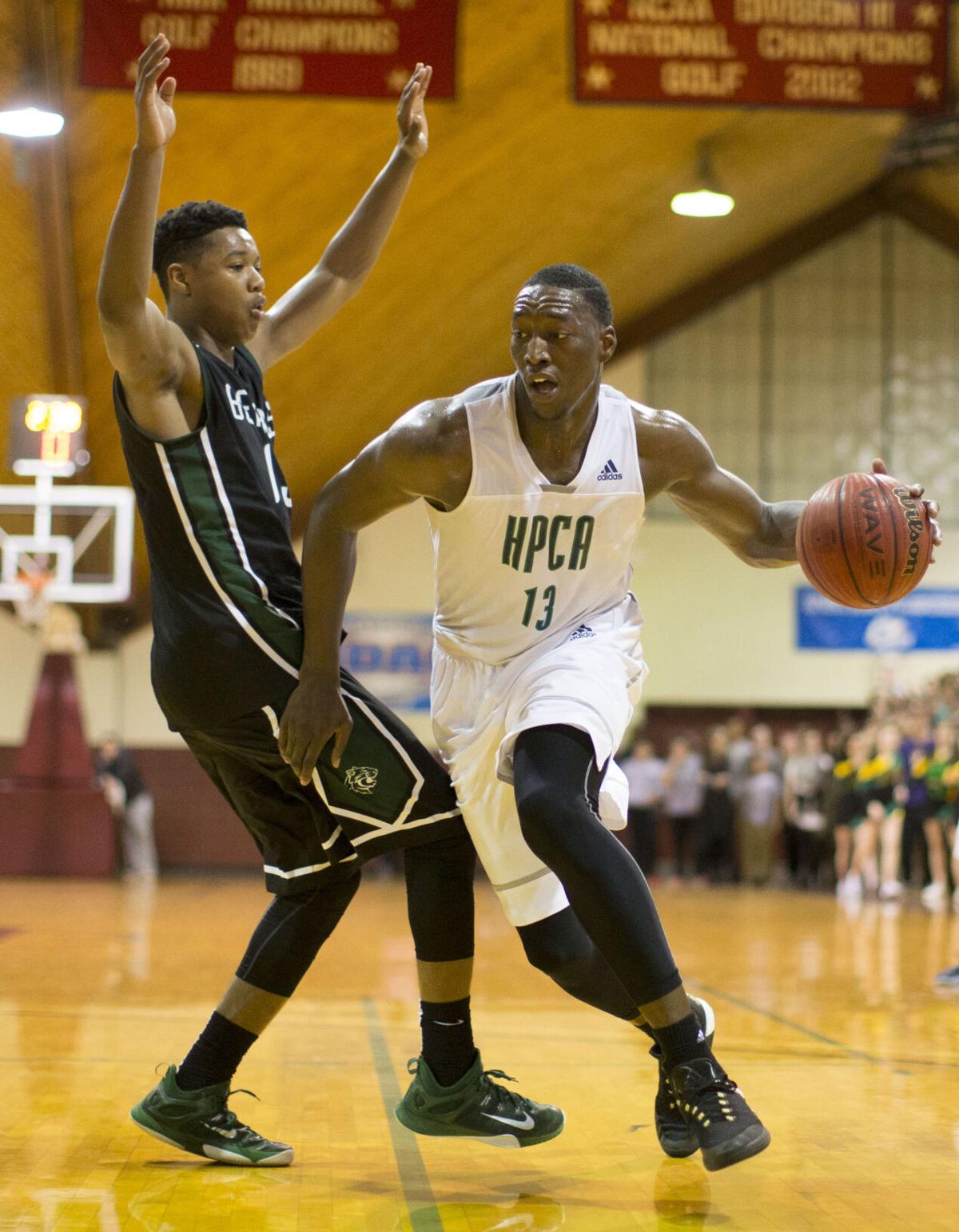