Smith was asked the most important question when journalists gathered to talk to him before his Wyndham Championship pro-am at Sedgefield Country Club on Wednesday.

Are you ready to be an Aggie?

Smith, who won two NBA titles with LeBron James in Cleveland in 2016 and in Los Angeles in 2020, got hooked on golf about 12 years ago, and his interest is so strong that he wants to give it a shot in college. He’ll begin classes at A&T on Aug. 18, and he must pass through the NCAA clearinghouse before he could become a part of the golf team.

Smith said a conversation with Ray Allen, another retired NBA star who loves golf, and conversations from Forsyth County natives Chris Paul and his brother, C.J., helped Smith decide it was a perfect time to go to college for the first time.

“That North Carolina connection with Chris and C.J. was there, and then I just had to figure out if I still have eligibility,” said Smith, who went from St. Benedict’s Preparatory High School in Newark, N.J., to the NBA in 2004 as the 18th overall pick by the New Orleans Hornets.

Smith, who had committed to play at North Carolina in 2004, carved out an outstanding 16-year career with six NBA teams.

Playing to a 5 handicap, Smith said he had played casual rounds over the last 10 days with several of his would-be teammates at A&T.

Aggies coach Richard Watkins, who oversees the men’s and women’s team, says he’s waiting for the compliance office at A&T and the NCAA to approve Smith’s eligibility.

“It’s not very often that somebody in his position really has an opportunity to do this and to be able to go ahead and move in that direction,” Watkins said. “You know, he’s a former professional athlete, but it’s a set of circumstances where he didn’t go to college out of high school. His (eligibility) clock never started.”

Smith wore an A&T golf shirt and cap to the 10th tee to begin the pro-am. He put a good swing on his opening tee shot and sent the ball into the middle of the fairway.

He first started playing golf 12 years ago and said Moses Malone, a former NBA star who died in 2015, first taught him the game. He became hooked right away and has consistently improved.

“It’s been a journey,” Smith said.

One aspect he likes is that it’s an individual sport, compared to relying on teammates in basketball.

As for the school part of it, Smith plans on majoring in Liberal Studies and points out it’s one of the best in the country.

“It’s been a long, long time since I’ve been in school,” Smith said “I’m excited about these new challenges, and I’ll have to really buckle down. I’ve got no free time now with raising kids and going to school so I’ll be busy.”

“I can’t wait to be a part of the HBCU family and to really be embraced by everybody on campus already has been great,” Smith said.

The 82nd Wyndham Championship, the PGA Tour event founded as the Greater Greensboro Open in 1938, will tee off Thursday at Sedgefield Country Club. The tournament is the final regular-season event before the three-week FedEx Cup playoffs begin.

He's also enrolled at N.C. A&T where he hopes to be on the golf team 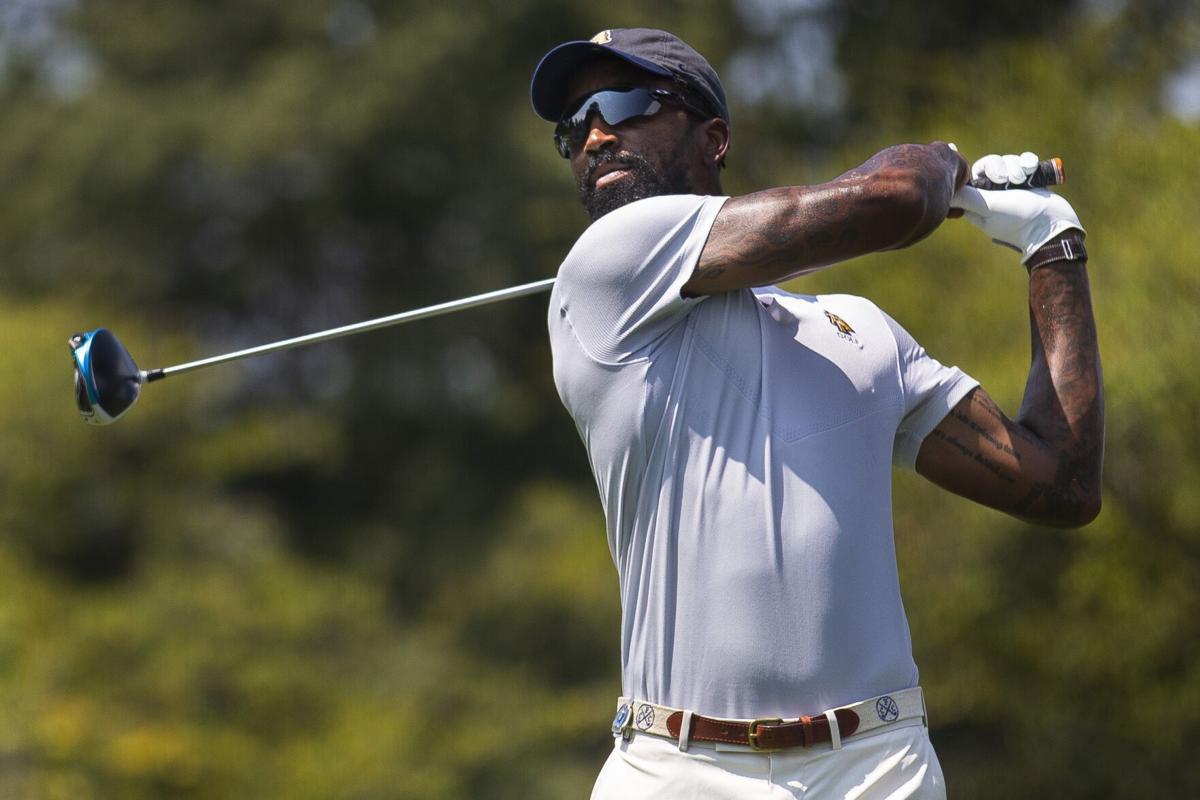 J.R. Smith teeing off on No. 10, his first hole during the pro-am at the Wyndham Championship. 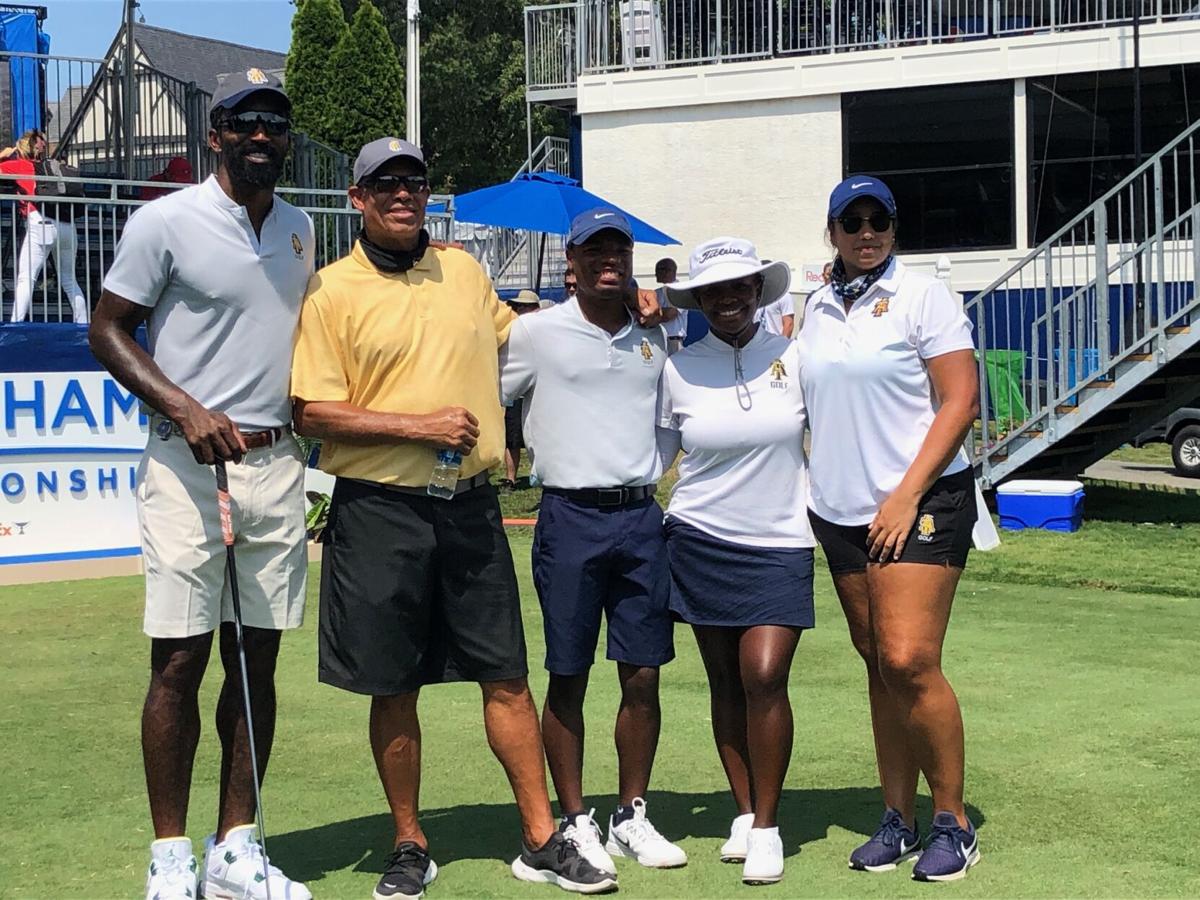 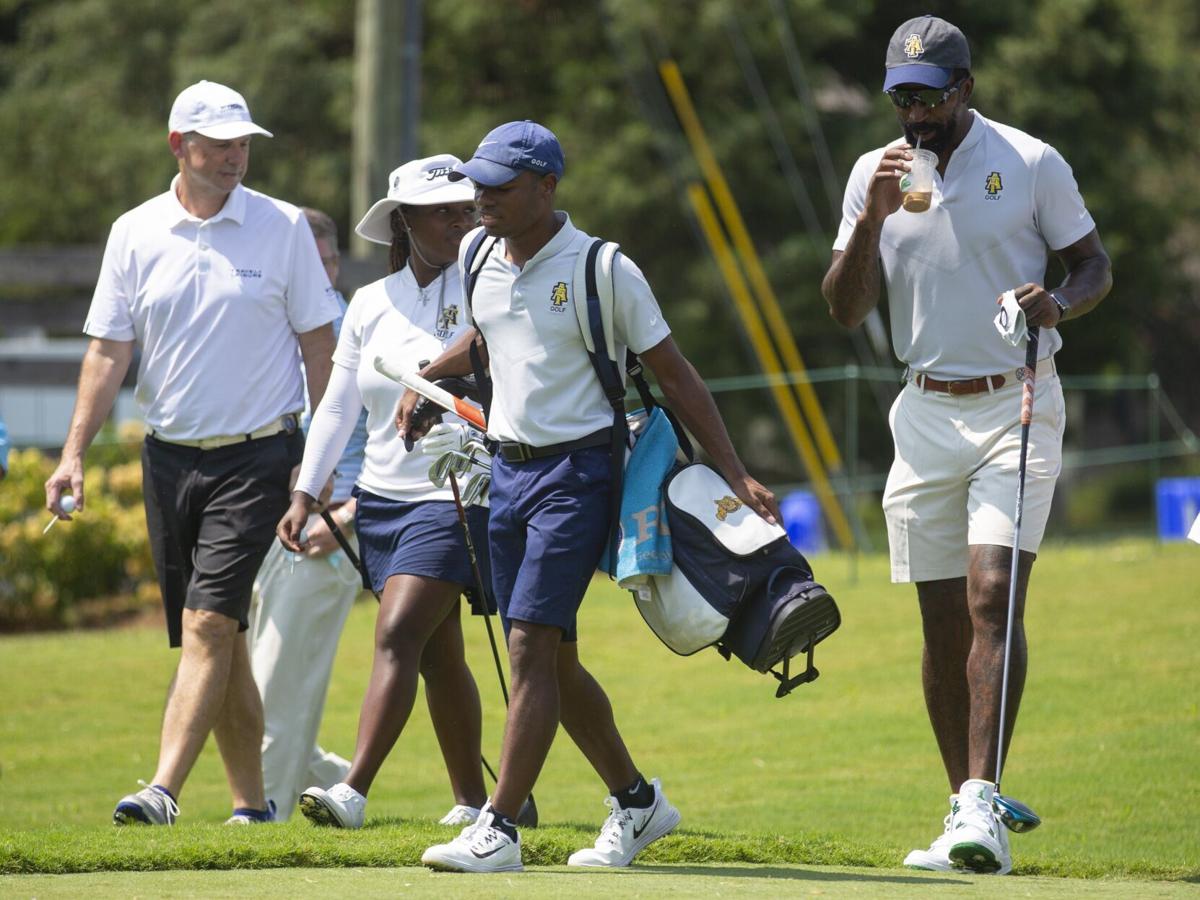 J.R. Smith, right, during the pro-am at the Wyndham Championship at Sedgefield Country Club. 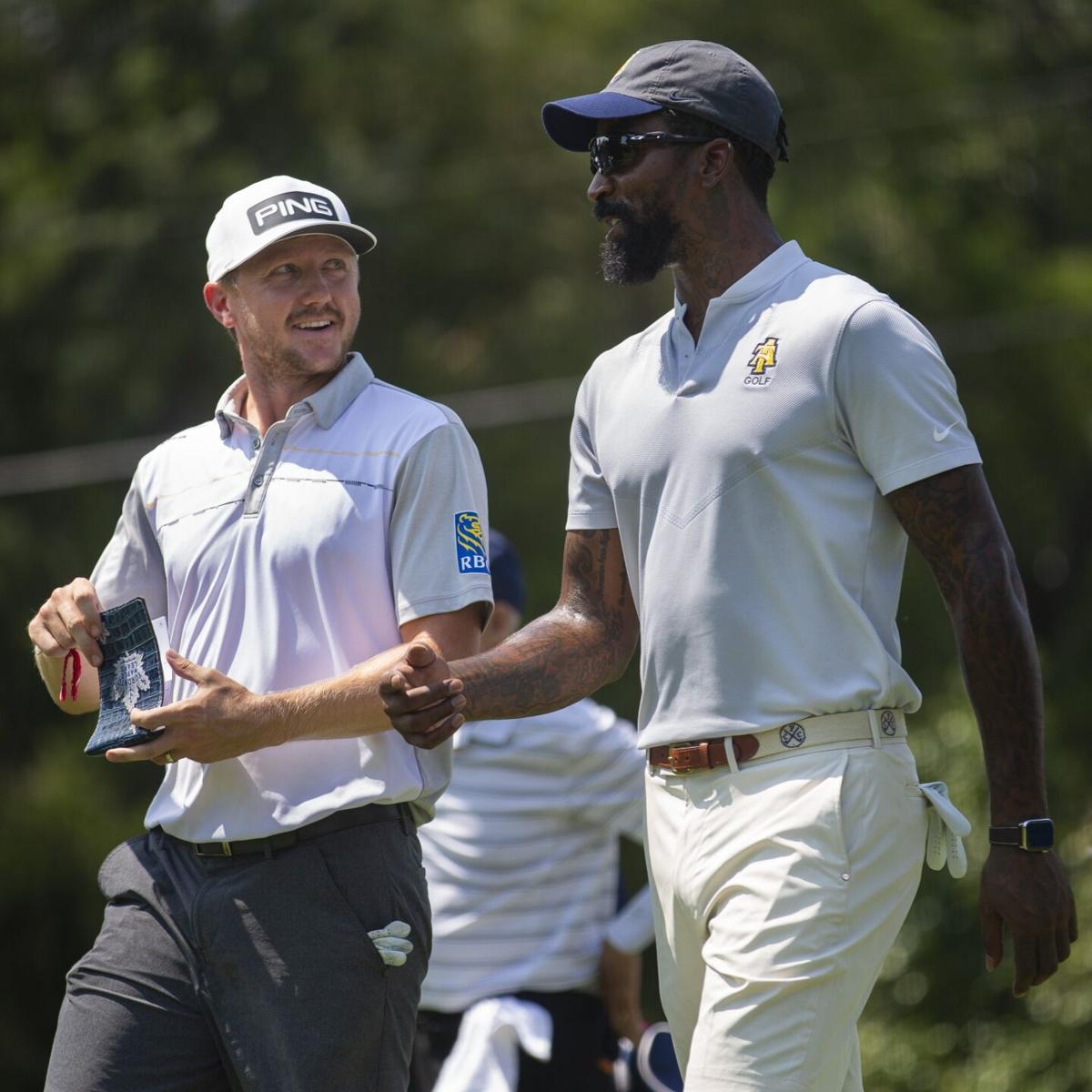 J.R. Smith after teeing off at the Wyndham Championship pro-am. 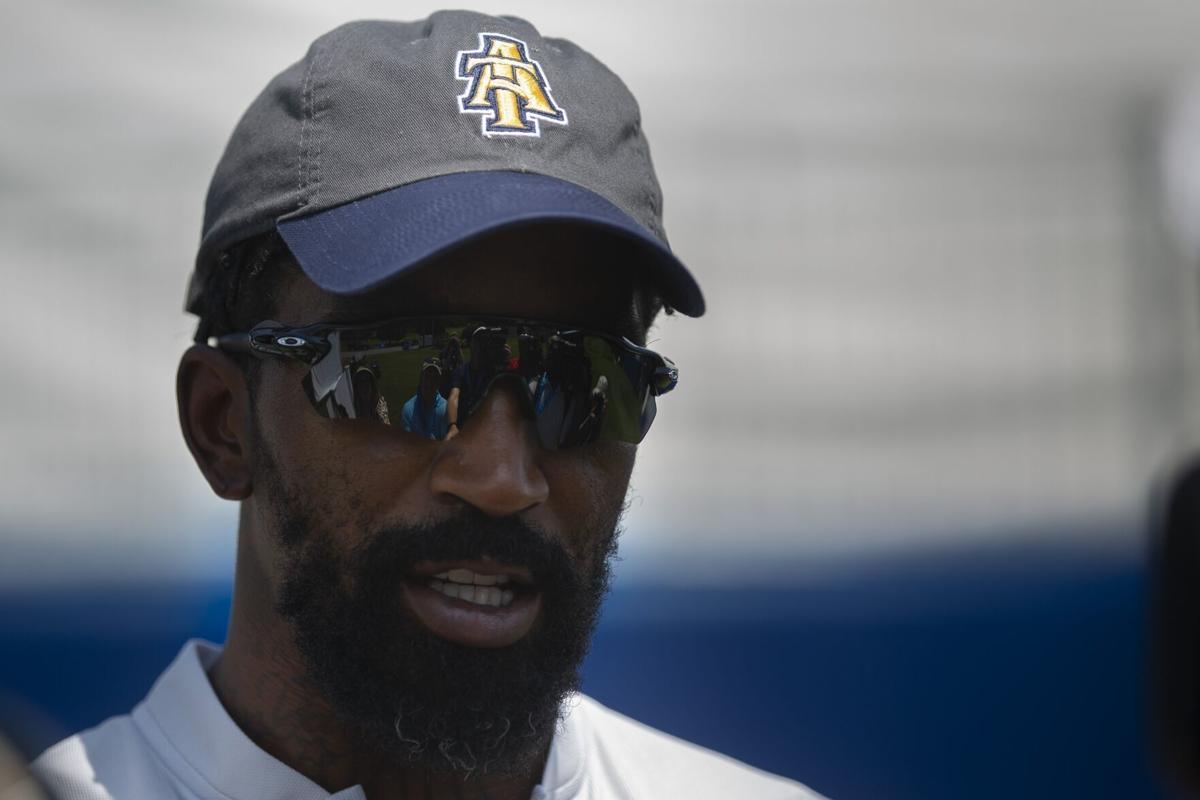 J.R. Smith before beginning play at the Wyndham Championship pro-am. 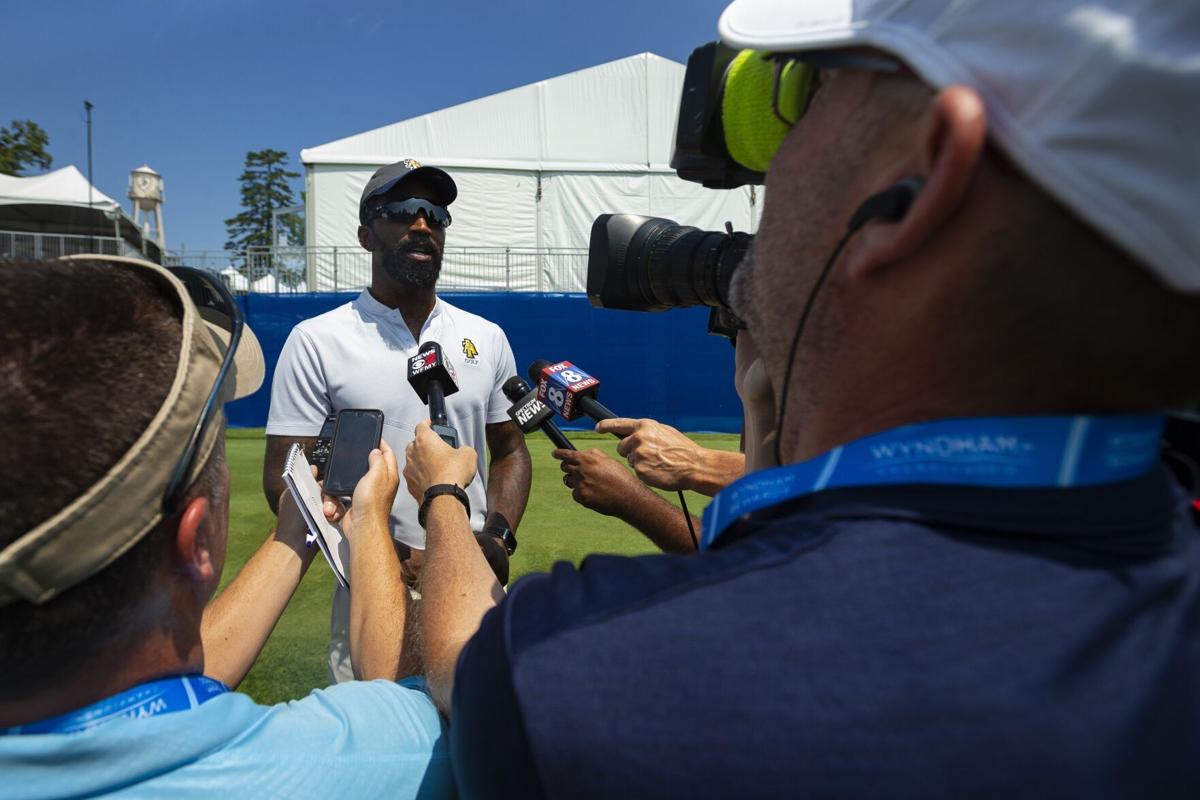