Rain was the winner again on Saturday night at Bowman Gray Stadium.

A rainstorm moved in about 6:45 p.m., settled in, and about 20 minutes later the call was made to cancel the races for the second week in a row.

The Kevin Powell Motorsports 100 lap Modified race has now been moved to June 4 and the Thunder Road Grill Street Stock 50-lap race has been moved to May 28. Those were the two featured races that were scheduled for Saturday night.

Randy Pettitt, the track announcer, had to break the bad news just after 7 p.m. to the fans in attendance. The gates opened at 6 p.m.

“It’s not the news that you fans want to hear, but we will have to postpone tonight’s races,” Pettitt said.

Next Saturday the Great Clips Crash Fest with a skid race, a chain race and a demolition derby are scheduled. Also on the bill will be two 25-lap Modified races, two 20-lap Sportsman races, a 20-lap Street Stock and one 15-lap Stadium Stock race.

Jason Myers, the defending champion in the Kevin Powell Sports 100-lap Modified race, said he doubts drivers were going to take on the additional fan’s challenge. The challenge is that the top four can start in the back of the field and if they work their way to the top, four drivers can win an extra $3,000. “With the track the way it is with not a lot of lanes to pass yet, it’s hard to do that challenge,” Myers said. Maybe when the race is held in June the track will have more grip and more lanes to pass....

Danny Bohn, who was scheduled to be in the field for the Modified race last night, said he won’t be at Bowman Gray Stadium next week because of other commitments. As the rain started to fall, Bohn was in the pits waiting to qualify. “I’ve won this race before, so I wanted to be here to try and win it again,” said Bohn, who won the season-opening 200-lap race….

Gary Myers, 72, the father of Burt and Jason Myers, is the car owner of both of his sons’ cars and is a former driver at the stadium. He said he’s been coming to the track since he was a baby. “It never gets old coming out here,” he said as he sat on one of Jason’s tires on his car in the pits. “And next year Burt’s son (Slate) might be out here, so I’ll have a grandson driving here.”…

Randy Butner, a veteran Modified driver, is racing in his 35th season at Bowman Gray Stadium. He won two weeks ago and said at his age he’s not sure how many wins are out there. Butner, 56, said: “You just never know when you might win again so I’m happy I did it earlier."….

Two weeks ago, Chase Robertson had the second runner-up finish of his career in the Sportsman Division. Robertson, who is in his second full season, said he hopes that win is coming. “I hope I’m due,” Robertson said. He also finished second in August last season....

A certain journalist has a routine before each Saturday’s races begin; he comes down to the pits and asks 14-year-old Riley Neal if he has started shaving yet. And Neal always has the same answer: “Nope, not yet.”...

This season has started out a lot like the 2019 season, according to Loren Pinilis, who handles media relations for the track. Pinilis said in 2019 they were able to race the first weeks of the season and then the next two weeks were rained out.

Popular fan favorites will include a chain race, skid race and demolition derby which are scheduled after the regular races

Jonathan Brown might not have deep pockets, but his drive to win first title at Bowman Gray Stadium is strong

It's been too perfect for A.J. Sanders and Tyler McDonald at Bowman Gray Stadium

He will compete in a truck race on Friday in Darlington, S.C.

More than $500,000 earmarked for the stadium that is owned by the city of Winston-Salem

Colin Kaepernick secures Raiders workout after 5 years out of NFL 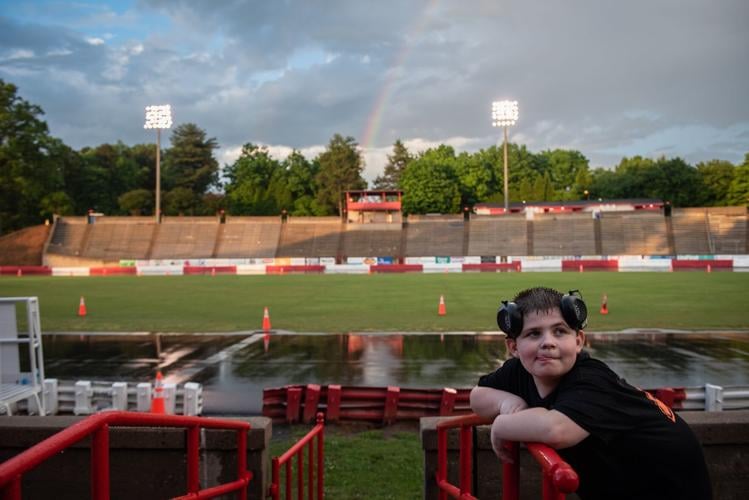 Jake Mickel, 10, leans against the railing as a rainbow spans behind the stadium lights on Saturday at Bowman Gray Stadium. The race night was rescheduled due to rain. 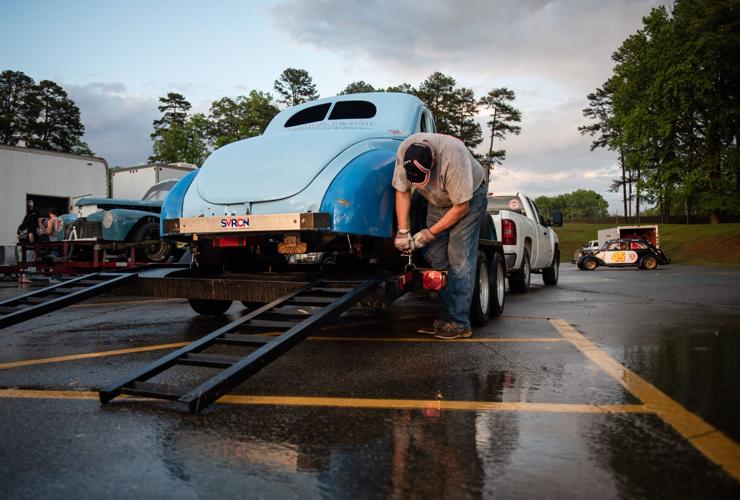 Dennis Andrews of Siler City loads his car on the trailer on Saturday at Bowman Gray Stadium. 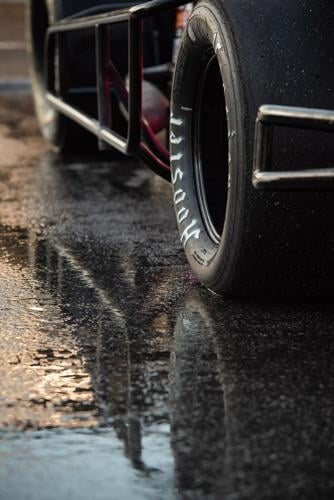 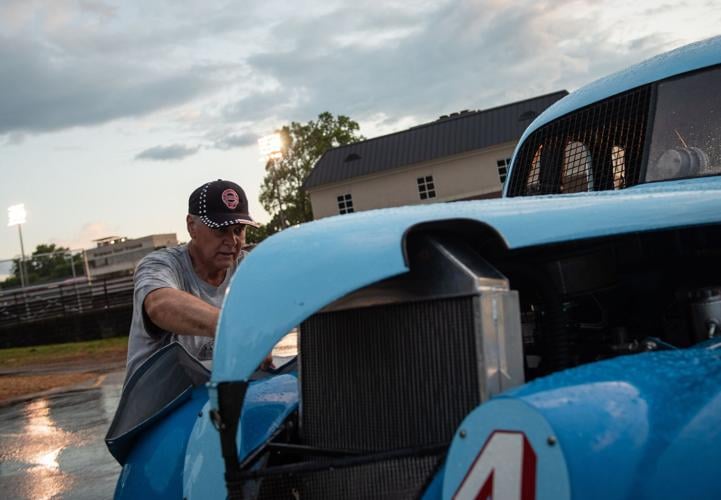 Dennis Andrews of Siler City covers his engine with a tarp on Saturday. 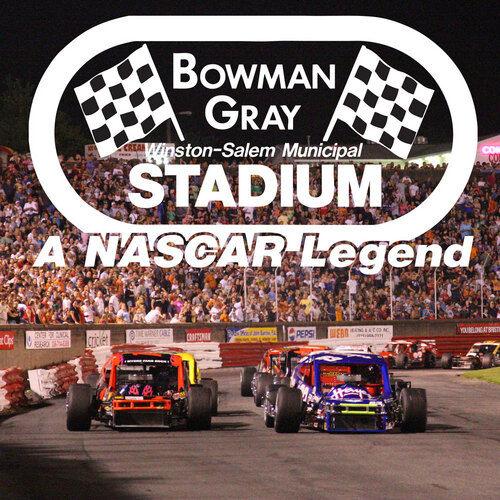