My last phone call with Art Blevins ended with both of us crying. It was a rough day for this broken-down sportswriter.

That was in May when Art gave me the details about having pancreatic cancer, but as usual, he was upbeat until we started to wrap up our conversation.

Then, we both kind of let our emotions go.

Blevins was a giver, and he gave all the time to this community through his work at the recreation centers for 38 years. He didn’t punch a clock, didn’t complain about long hours, and never once did he turn a kid away who needed guidance.

He also made sure to include local celebrities in his “Hang the Net” summer event he put on for the kids at Hanes Hosiery. This was a competition in which TV personalities, coaches and even a few sportswriters showed off their shooting touch – or rather their lack of shooting touch.

“You know, Art, I’m not much of a celebrity,” I said to him when he asked me to compete for the first time about 15 years ago.

But I went to the event the first time and never missed one after that because it was fun, and I was able to take our two kids each summer.

Not only did the Hanes Hosiery kids love the event, but Art made sure that the other kids from the recreation centers around town were able to go and watch. Our two kids would fight over who would get my trophy to put in their room after always finishing second to Cameron Kent of WXII.

Art always had time for me no matter where he saw me around town. He made sure to take underprivileged kids to Wake Forest football and basketball games, and his reasoning was simple.

“Those kids don’t have a lot and might not ever get the chance to go to Wake Forest game,” he would tell me. “So if I have the chance to take them to a game, I’m doing it.”

A lot of us are better off for knowing Art Blevins. I know I am.

Whether ensuring presents for the holidays, providing a ride to a child who needed one or just showing his love for people, Winston-Salem coul… 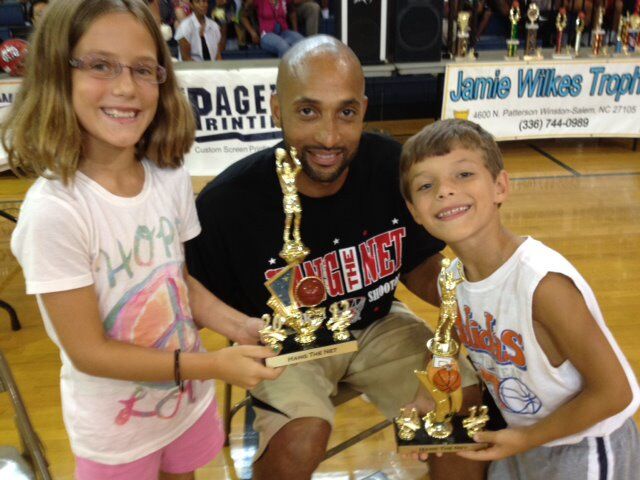 Randolph Childress, a former Wake Forest star who is an assistant coach, was a constant in the Hang the Net competition at Hanes Hosiery through the years. 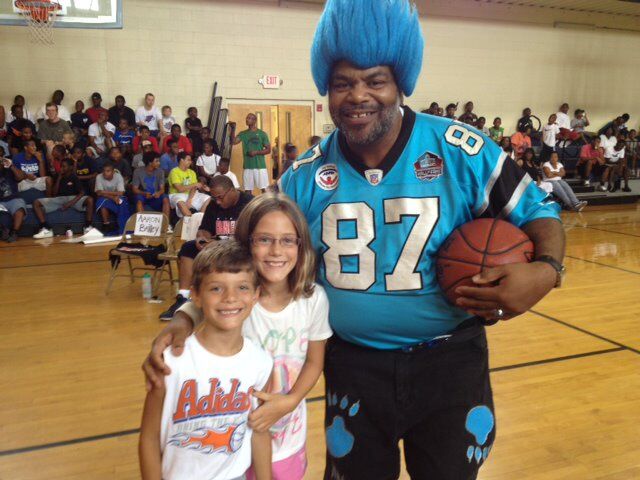 Greg "Catman" Good, who was a superfan of the Carolina Panthers who lived in Winston-Salem, competed in the Hang the Net competition in 2012.