Focus On: Donwill Jamison
0 comments
Share this
{{featured_button_text}}
1 of 2 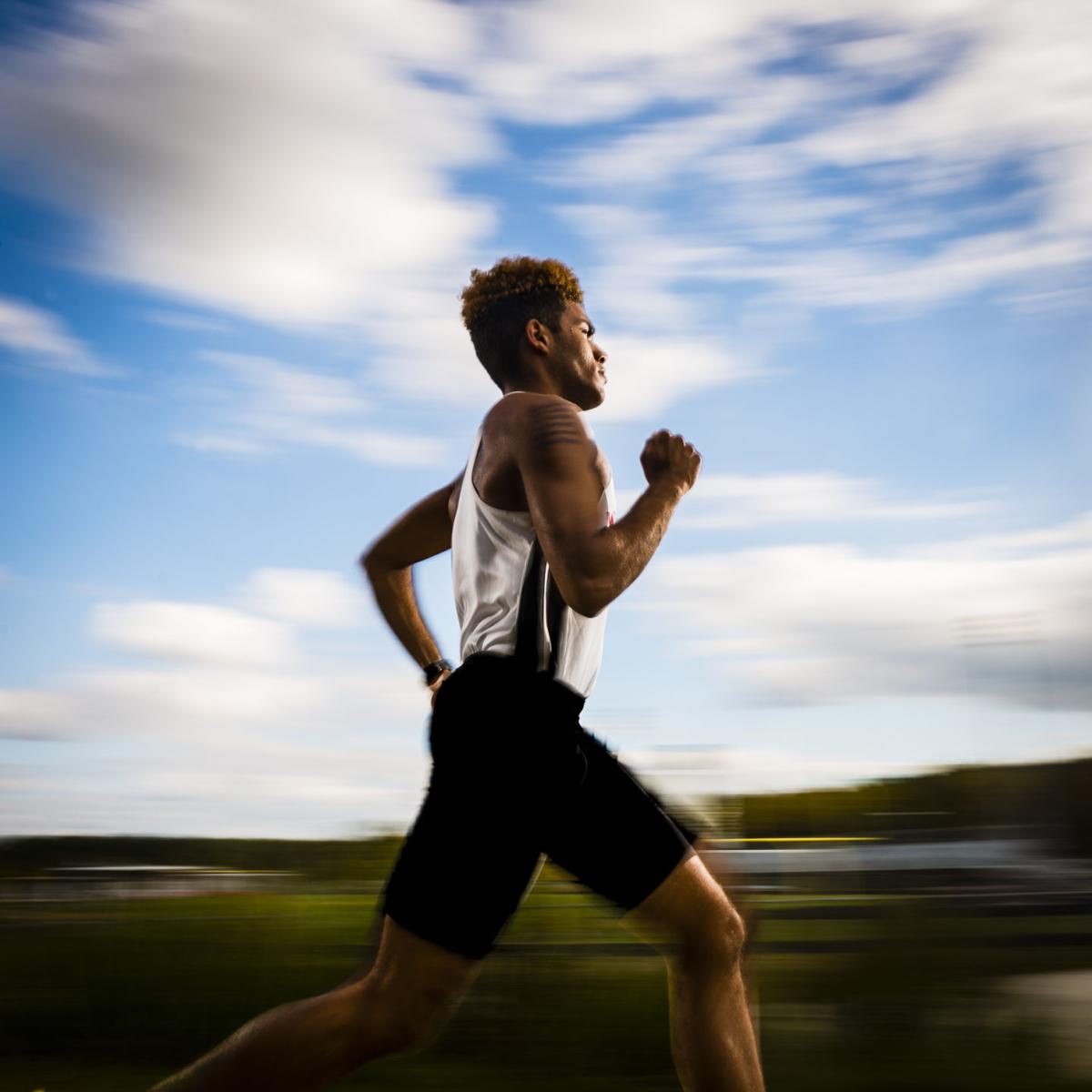 “I love the meets and the thrill of racing,” says Donwill Jamison, a senior on the cross country team at Walkertown High School. 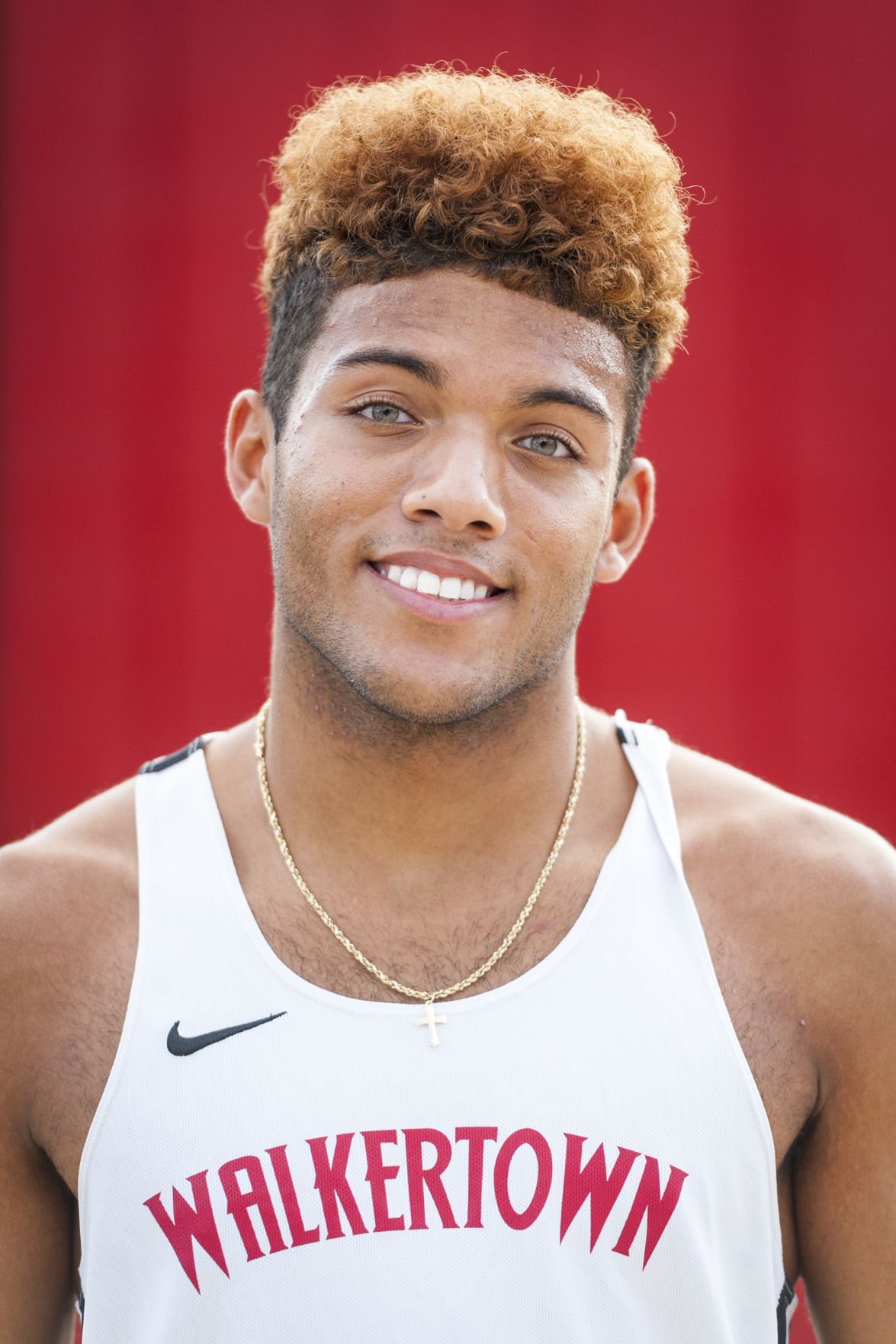 When he first came to Walkertown as an incoming freshman, Donwill Jamison had his mind set on running track and had not planned on joining the cross-country team. Wolfpack Coach Matt Vera, however, had a different plan.

“He’ll probably tell you that I made him join the team his freshman year,” Vera said with a laugh. “But we are definitely glad we’ve had him these last four years. We wouldn’t be where we are today without him.”

Jamison confessed that it took some time for him to warm up to his new sport.

“It took me awhile,” he said. “But I loved my teammates, and over time, that helped me to enjoy it more.”

The senior started off the season strong, posting a personal record of 17 minutes, 9 seconds. Jamison attributes his improvement this year to several factors.

“I’ve been working on eating healthier to improve my performance,” he said.

“I’ve also been working on not getting psyched out on race days. I used to get way too excited and nervous before races, but Coach Vera has taught me some things to help control my nervousness.”

Even though Jamison is one of the top five runners for the Wolfpack, his contributions to the team go well beyond where he places in races.

“The other seniors describe him as the glue that brings everybody together,” Vera said. “He’ll joke around at times to try and keep everybody loose, but knows when it’s time to be serious.”

As one of the seniors, Jamison has become a leader — someone that the younger runners can look to for help.

“The underclassmen look up to him, and he is a good leader and mentor for them,” Vera said. “He adds way more to the team than his times and performances.”

Strong team chemistry, Jamison explained, is a big reason he loves being on the team. It’s also a reason Walkertown has achieved a high level of success this year.

“We’re like brothers,” he said. “The whole team really pushes each other to do their best each and every day.”

On Saturday, Walkertown looks to capture its first state title and make up for its disappointing fifth-place finish from a year ago.

“Last year we came in ranked No. 1, and I think we got a little too confident and came up short,” Jamison said. “But we all learned from that experience and are now ready to take that next step and become a state championship team.”

The NCHSAA Class 1-A championships will be held at Ivey M. Redmon Park in Kernersville, a venue that is very familiar to Wolfpack runners.

Although Jamison isn’t expected to post the best time for the Wolfpack on Saturday, the team will still need a strong performance from him.

“He’s been doing well and has been mostly fourth or fifth for us,” Vera said. “It just hasn’t come together for him in the races yet this year, but he still has the chance to step up in the state meet. He has stepped up in the past. I know he has it in him.”

Jamison is excited for the opportunity he and his teammates will have to accomplish the goal they set out to achieve when they started training over the summer.

“I love the meets and the thrill of racing,” he said. “Our goal is to win the state title, and I’m hoping to finish in the top 10 to help get us there.”

“He’s one of those guys that you just can’t replace,” Vera said. “I’m going to miss him when he leaves.”

Science is one of Jamison’s favorite subjects in school. Upon graduation, he wants to pursue a science-related career path.

“I want to go to a four-year school and major in biology, and then eventually get into optometry,” Jamison said. “If the opportunity presents itself, I’d like to keep running in college, too.”

Bernard Williams is at home as North Forsyth football coach

WINSTON-SALEM — Bernard Williams knew he wanted to be North Forsyth’s head football coach when he was a senior at the high school in 1997.

COVID-19 pandemic or not, the N.C. High School Association's bylaws require a realignment of schools every four years, and this is the fourth …

Winston-Salem/Forsyth County Schools made the change three weeks after Blair made Facebook posts about President Donald Trump and COVID-19.

A season on the road: Triad football players go to great lengths

How far would a high school football player go to make sure he had a senior season and that he had an opportunity to be recruited amidst the COVID-19 pandemic?

The fall letter-of-intent signing period for all sports but football began Wednesday. These Triad area athletes signed or are expected to sign…

THOMASVILLE — Scott Davis couldn't stay away from coaching baseball for long. The former Wesleyan coach has been named manager of the High Poi…

Here are the area athletes who have been named N.C. Independent Schools Athletic Association all-state for fall sports other than football:

“I love the meets and the thrill of racing,” says Donwill Jamison, a senior on the cross country team at Walkertown High School.