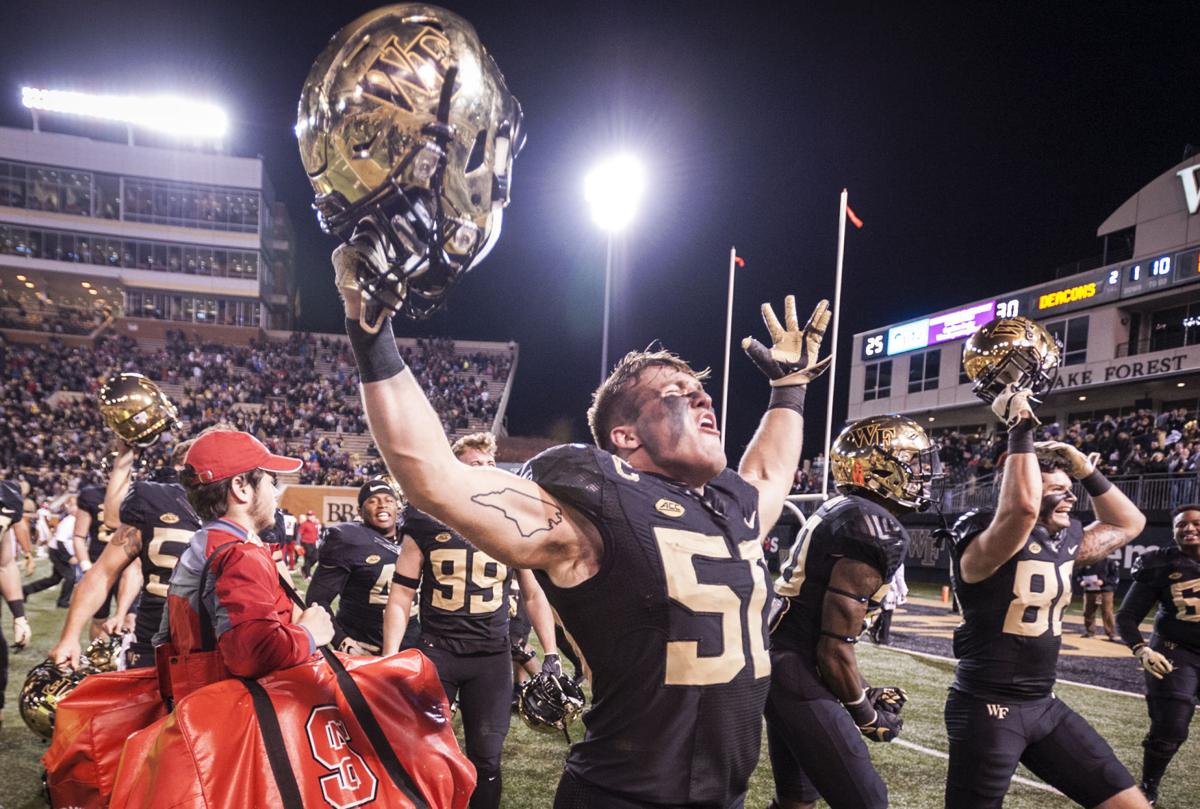 Grant Dawson’s career at Wake Forest began as a walk-on five years ago. He will finish his career on scholarship and as the Deacons’ second-leading tackler this season. Dawson also graduated earlier this month with a degree in health and exercise science. 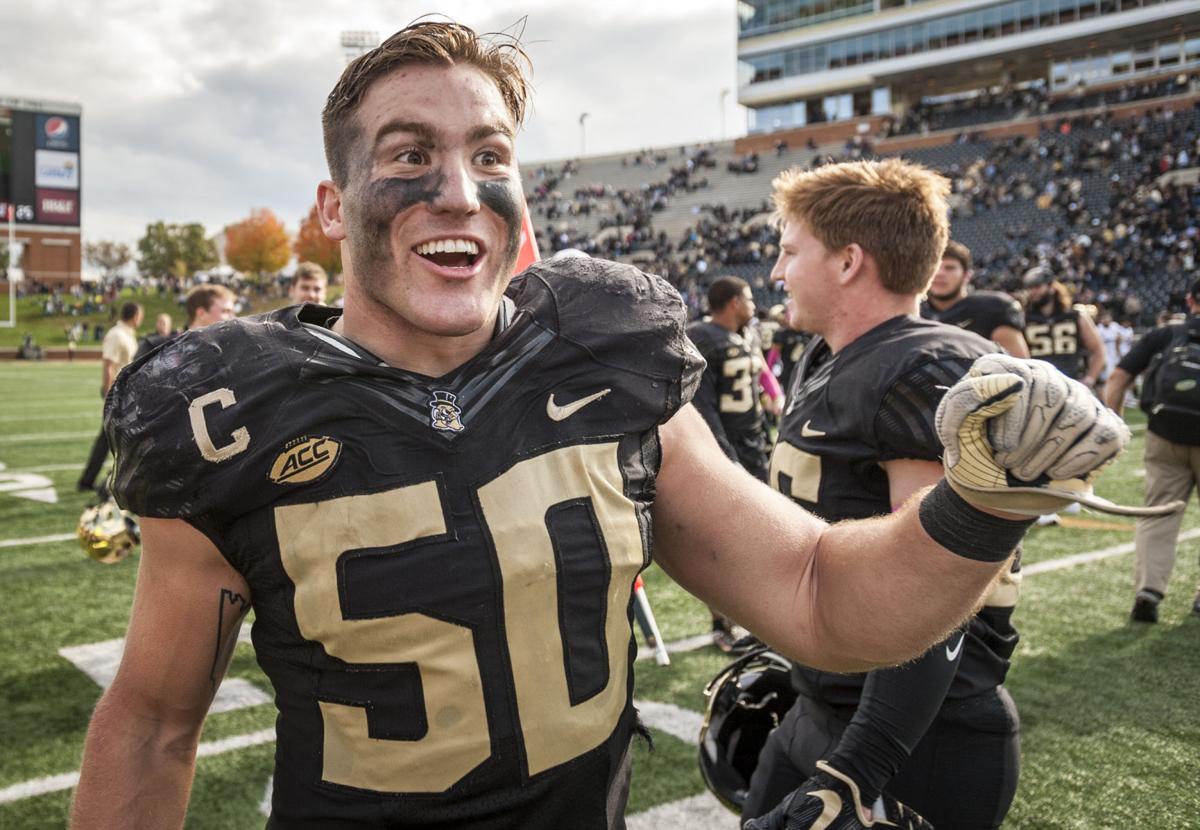 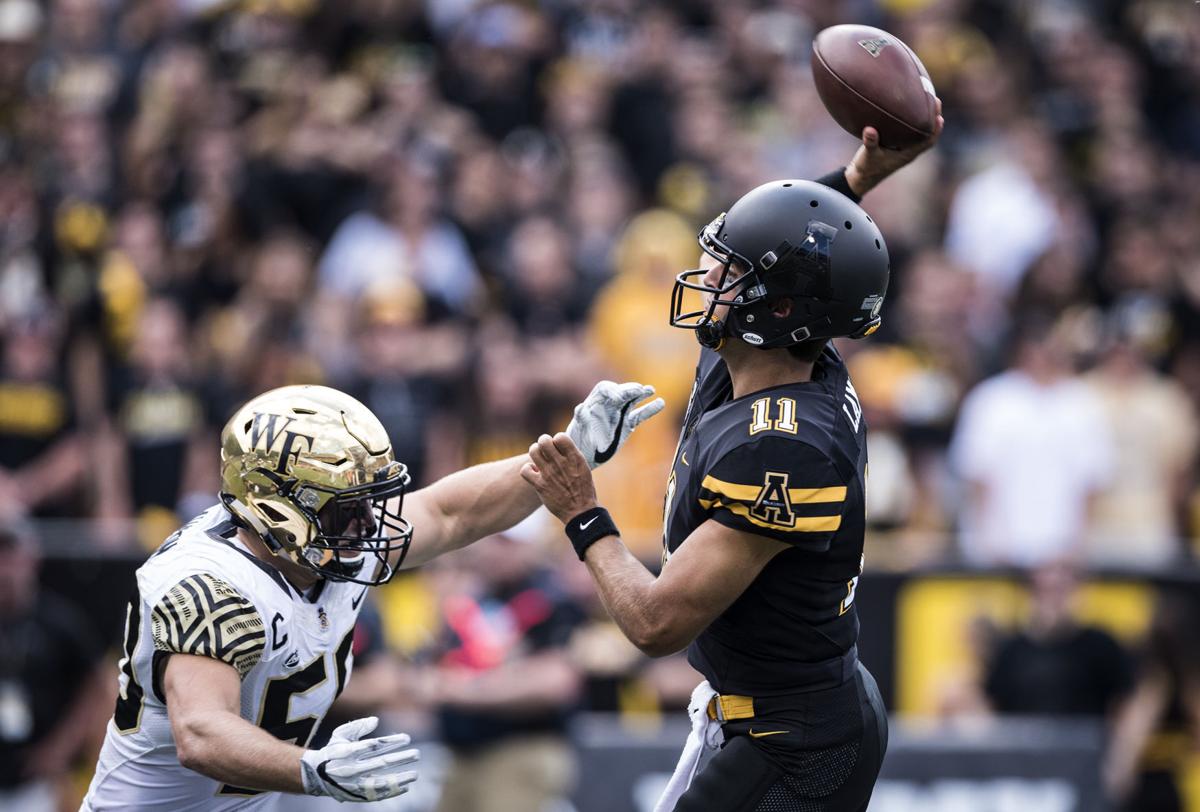 Yes, it would be too obvious to ask Grant Dawson what he wants for his 23rd birthday.

“A little too obvious. But a win would be nice, that would be a great birthday,” said Wake Forest’s senior linebacker.

Dawson turns 23 on Friday, when the Deacons face Texas A&M in the Belk Bowl. It’ll be the last game in a Wake Forest uniform for a fifth-year senior who graduated from Reagan High School, joined the Deacons as a walk-on in Jim Grobe’s last season, was awarded a scholarship after Dave Clawson’s first season and this year is Wake Forest’s second-leading tackler.

Quite the journey for the Winston-Salem native who didn’t have a Division I scholarship offer coming out of high school.

“It’s been unbelievable, it really has,” Dawson said. “It’s something like, many high schoolers think about and I’m just so lucky that I got to do it. I was thinking back to when I was in high school and, it seemed like a long shot. And the fact that it panned out, it’s unbelievable. I’ve been blessed, it’s been good.”

Dawson obviously made an impression on Coach Dave Clawson of Wake Forest.

“It’s been a privilege to coach him,” Clawson said. “You can’t say enough about how hard he’s worked and what he’s done for our program, and what a role model he’s been for our whole team, not just other walk-ons. Love Grant Dawson.”

Dawson was a two-time All-Carolina Piedmont Conference selection under Coach Josh McGee at Reagan, where he helped the Raiders to an 8-3 season as a senior after back-to-back 3-8 seasons. Dawson’s last two seasons at Reagan were McGee’s first two.

When the then-27-year-old McGee arrived at Reagan, it was clear to him early the caliber of player and person he had in Dawson.

“I knew right away that he was a leader, I knew he was a guy that worked really hard. Physically he was pretty strong, he was built pretty well. You could tell that he put forth a lot of time in the weight room,” McGee said. “And he was also a guy that people rallied around, that he was friends with everybody and he was just that natural leader that people wanted to be around.

“When you have a guy like that, as a first-year head coach, my head was swimming with so many new responsibilities.And knowing that you had a guy that could rally the troops and his teammates could believe in him, it made that transition from being an assistant to a head coach a lot easier.”

Dawson checks in at 6-foot-1, 225 pounds. McGee said he was “put together really well” while Dawson was at Reagan, and that stature only improved once he got to Wake Forest.

He was named the athletics department’s Weight Room Junkie by other Wake Forest student-athletes at the Black & Gold Golden Globes after the 2015 season.

And the scholarship offers that Dawson was considering coming out of Reagan were from Wingate and from University of Charleston in West Virginia.

“I believed in myself. I felt like in high school, you know, over the summer I had gone to camps and stuff all around the state, around to different schools and I had felt like I competed there,” Dawson said. “I saw the other guys in my class and … figured I could play with them and I feel like I knew I would outwork them. I was confident in myself, I did believe in myself that I would come in and play.

“I definitely was down at some points. That was one of the most frustrating processes of my life, to be honest. It’s just, you think you worked hard in high school and you think you’re going to get a shot. But everything happens for a reason, so I’m glad it happened the way it did.”

McGee figures colleges wanted more speed out of Dawson. But he told coaches something that ended up being prophetic about a player whose consistency has been relished by the Deacons.

“They wanted more sideline-to-sideline speed, but it was one of those deals to where you kind of felt bad for those schools who didn’t give him a chance,” McGee said. “I told every coach that came in the door that somebody’s going to end up being very lucky that they took a chance on this guy, and thankfully it was Wake Forest.”

The requirements for Dawson to become a scholarship player for the Deacons were laid out for him before the 2014 season by Clawson.

“He originally told me like what I needed to do, like before the season he told me what I needed to do to earn a scholarship, and I had done it. I was in the rotation and I was contributing on special teams, and so I was thinking that hopefully he’ll put me on,” Dawson said.

He did those things, with 15 tackles. Dawson played 42 snaps against Florida State that year, when the Seminoles were the defending national champions.

After the season, Dawson headed to Clawson’s office for a meeting. It wasn’t going to be a large production or an announcement in front of the team.

“It’s one of the greatest meetings in the world when you meet with him and say, ‘Congratulations, you earned it,’” Clawson said of telling Dawson he was going to be awarded a scholarship.

“I was kind of lost for words; I was jaw-dropped, because even if I had hoped and anticipated for it to happen, it’s still just a dream come true,” Dawson said.

Dawson started three games last year and every game this year. When the Deacons take the field at Bank of America Stadium in Charlotte, he’ll be in his spot as a captain and starting linebacker. Dawson is third on the team with 10.5 tackles for loss and has 2.5 sacks. He had 66 tackles in his first three seasons at Wake Forest, and he has 84 this year.

He also graduated this month with a degree in health and exercise science. Dawson isn’t sure what he wants to do next — being an athletic trainer, a football coach or something else. He’s going to explore his options.

First, he’s going to finish off a dream of a Deacons career.

“It has not hit me yet,” said Dawson earlier this month of whether it had sunk in that this would be his last game in a Wake Forest uniform. “Concerns me a little bit that it hasn’t, but we’ll go with that after the game, I guess. I’m just going to try to enjoy this last month together as a team and at this school, and soak it up.”

Grant Dawson’s career at Wake Forest began as a walk-on five years ago. He will finish his career on scholarship and as the Deacons’ second-leading tackler this season. Dawson also graduated earlier this month with a degree in health and exercise science.