Aleena Felts, a diehard Carolina Thunderbirds fan, summed it up best about the plight of an uncertain season in the Federal Prospects Hockey League.

The Thunderbirds’ fourth season in the league is in limbo because of the COVID-19 pandemic.

With the announcement that the Mentor Ice Breakers have folded, the league is down to seven teams. With seven teams, it's likely the league will move away from two divisions because of an uneven number of teams. When the league last had this format, the top four teams made the playoffs.

Three of the remaining teams are owned by Barry Soskin, the Thunderbirds' majority owner. Soskin, who lives in the Chicago suburbs, wants to see hockey as bad as everybody else.

“If it was up to me, I’d say, ‘Yes we are going to have a season,’” said Soskin who also has ownership in the Danville (Ill.) Dashers and the Port Huron (Mich.) Prowlers.

Even though Soskin will take a financial hit if fans can’t get into games depending on state’s pandemic guidelines, he wants to see the league play games.

“What I think about with these games being played is I’m like the fans in that I want to escape from all the crap we are dealing with right now in this country and hockey is a part of that escape,” said Soskin, who is also a Chicago Blackhawks season ticket holder.

Making the FPHL work this season will likely come down to each individual franchise and what’s feasible in terms of state guidelines for the pandemic.

Kelly Curl, the Thunderbirds' general manager, is hearing that the remaining seven teams will play. Each of the teams has different leasing agreements with the venues, so that’s what is making it difficult to get a schedule out, according to Curl.

“What we’ve done now is we’ve lost a month on the front half of the season but we’ve hopefully added a month at the end,” Curl said. “That means each team has to rework their lease agreement so it’s not as cut and dry where you say 'hey let’s put out a schedule.'”

Curl said he expects 40 games this season if everything works out. He has heard that the league could have a schedule in place by Dec. 18, with Jan. 15 a possible start date for league play.

“But that could change,” Curl said.

Don Kirnan, the league commissioner, did not return phone messages left by the Journal.

Meanwhile, the Thunderbirds haven’t started official practice yet but a few team members have been getting ice time at the Winston-Salem Fairgrounds Annex and the Greensboro Ice House.

Coach Andre Niec held a free-agent camp this month that will help him solidify his roster.

“The fans want hockey back because it’s a part of their lives,” said Niec, who guided the Thunderbirds to the league championship in 2018-19 in their second season in the league.

Last season when the league shut down in mid-March because of the pandemic the Thunderbirds were well on their way to repeating as champions and were drawing around 2,800 per night in the 3,000-seat Annex.

“We are all just kind of waiting to see what each of the states' governments will do,” Niec said.

Niec’s roster will be in flux right up until about a week before the first scheduled game, according to Curl.

“We own the rights to a bunch of players, but at this stage we just don’t know when our roster will be finalized,” Curl said. “I know a few guys are getting in their work on the ice and getting ready, so that’s been good.”

Steve Shore, who has also been a big supporter of the team, says that the community aspect of the Thunderbirds is a big draw.

"Since starting up three seasons ago, we have become one big family from the players, coaches, management, and fans," Shore said. "Missing the actual game is bad enough, but we also miss the fellowship with other fans...."

Shore said it's evident the Thunderbirds have brought pride to the city.

"I started loving local hockey when my parents took me to the games when I was a child in the 1980’s, and it is something my wife, daughters and me really enjoy doing as a family," Shore said. "I’m counting the seconds until that puck hits the ice in the Annex again."

As for fans at the Annex for games, that is up in the air. According to Gov. Roy Cooper’s Phase Three guidelines that have been extended until Dec. 4, only 25 people are allowed to gather in one place indoors.

One of the staples after a victory at the Annex is the playing of Neil Diamond's "Sweet Caroline," but it won't be the same if the stands are empty.

Curl, however, said he’s hoping that around 100 fans can attend games if they start playing in January.

Curl also said they are looking at offering the games via livestream on the side of the Annex outside in a drive-in form, much like the drive-in movies shown in the summer.

“We are also looking at doing something inside the Education Building where the game could be on in there,” Curl said. "We've also talked with a local TV station about broadcasting a few home games."

The Thunderbirds will again be on WTOB radio locally, and each game will be streamed live on the team website.

But hockey is one of the best sports to see in person, something Soskin says he loves.

“Hockey is a great sport to see live and you can't beat it,” he said. “And what that means for this season is something we have to figure out. I just hope there is a season, and then we can figure out the rest as we go.”

Earl 'The Pearl' Monroe, a WSSU legend, will have another honor coming his way this summer in New York City 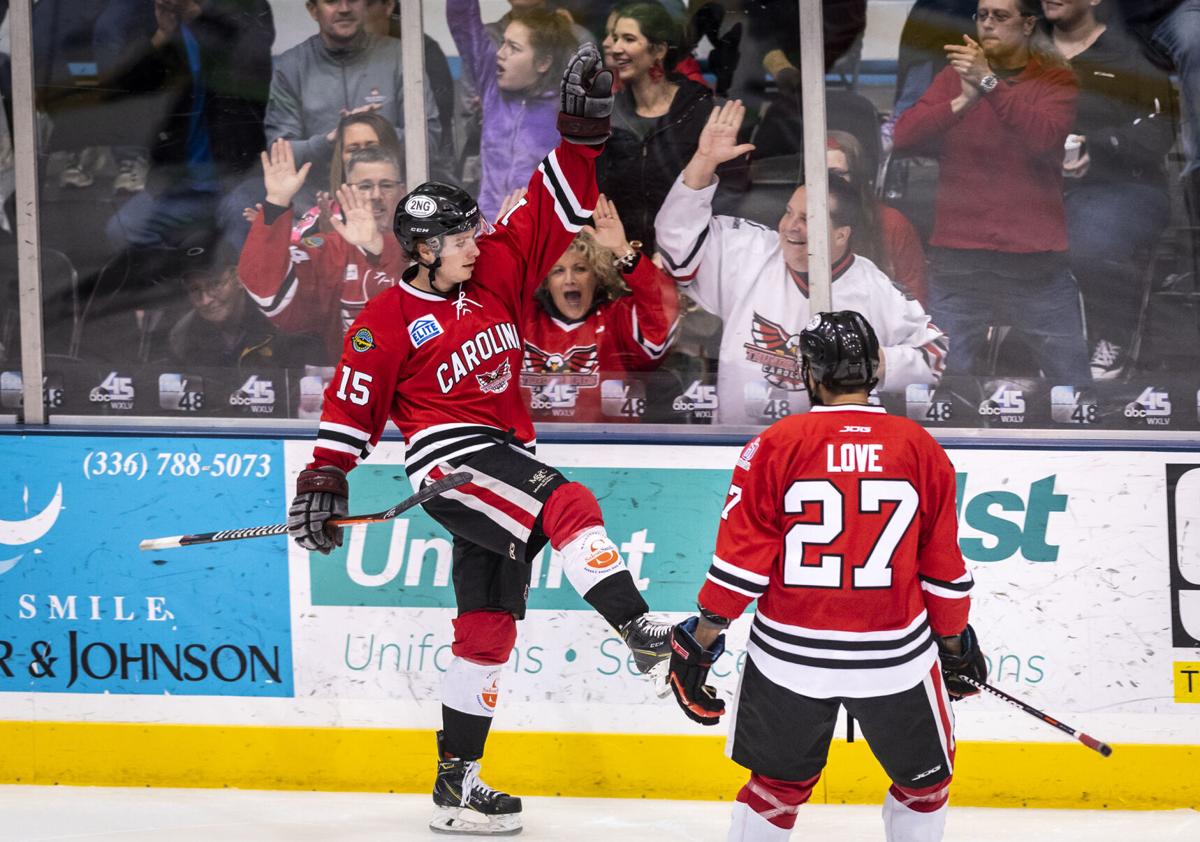 Beau Walker celebrates after scoring for the Thunderbirds in a game in April of 2019. 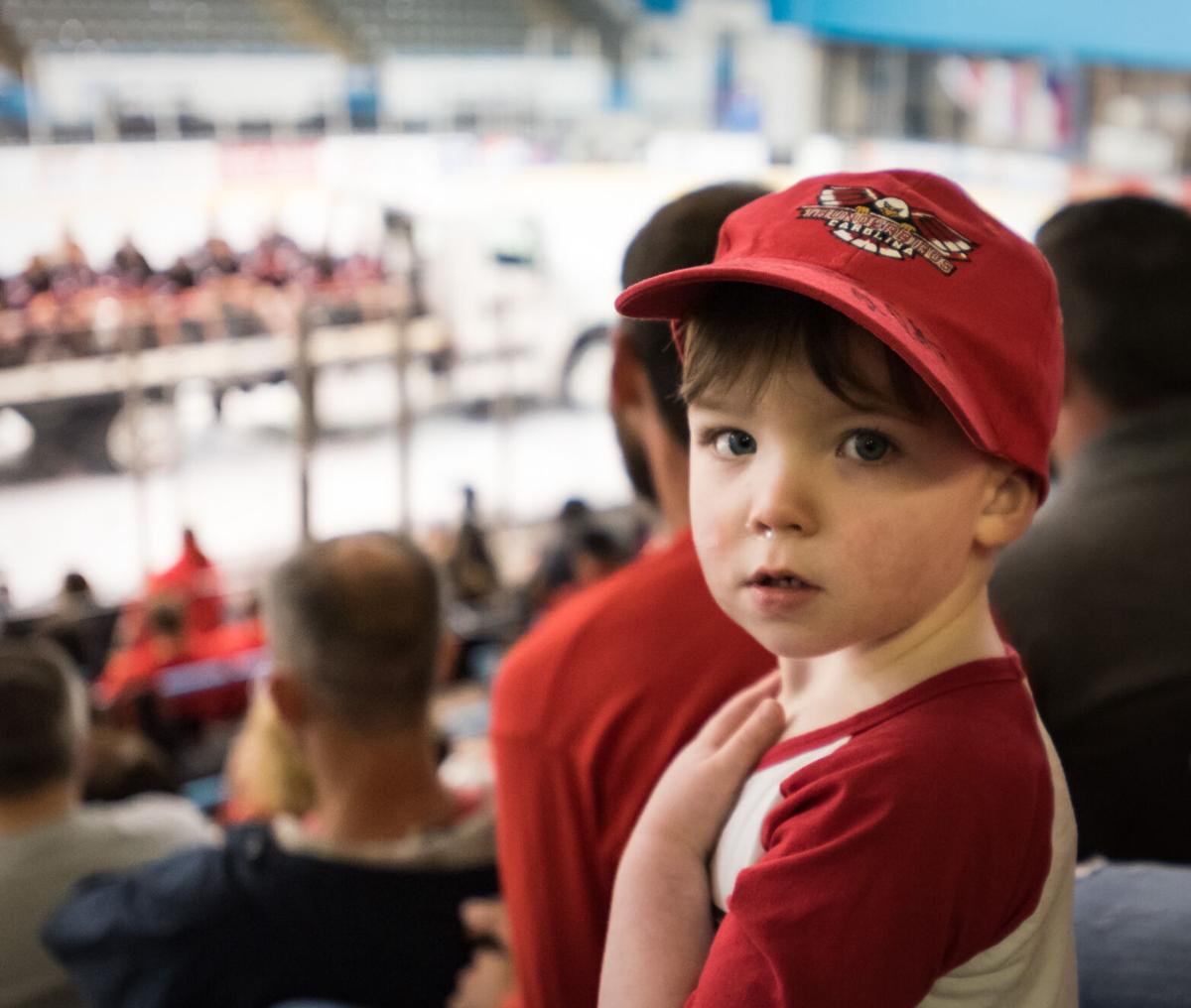 Liam Morin, 2, attended the Carolina Thunderbirds championship celebration at the Winston-Salem Fairgrounds Annex in April of 2019. 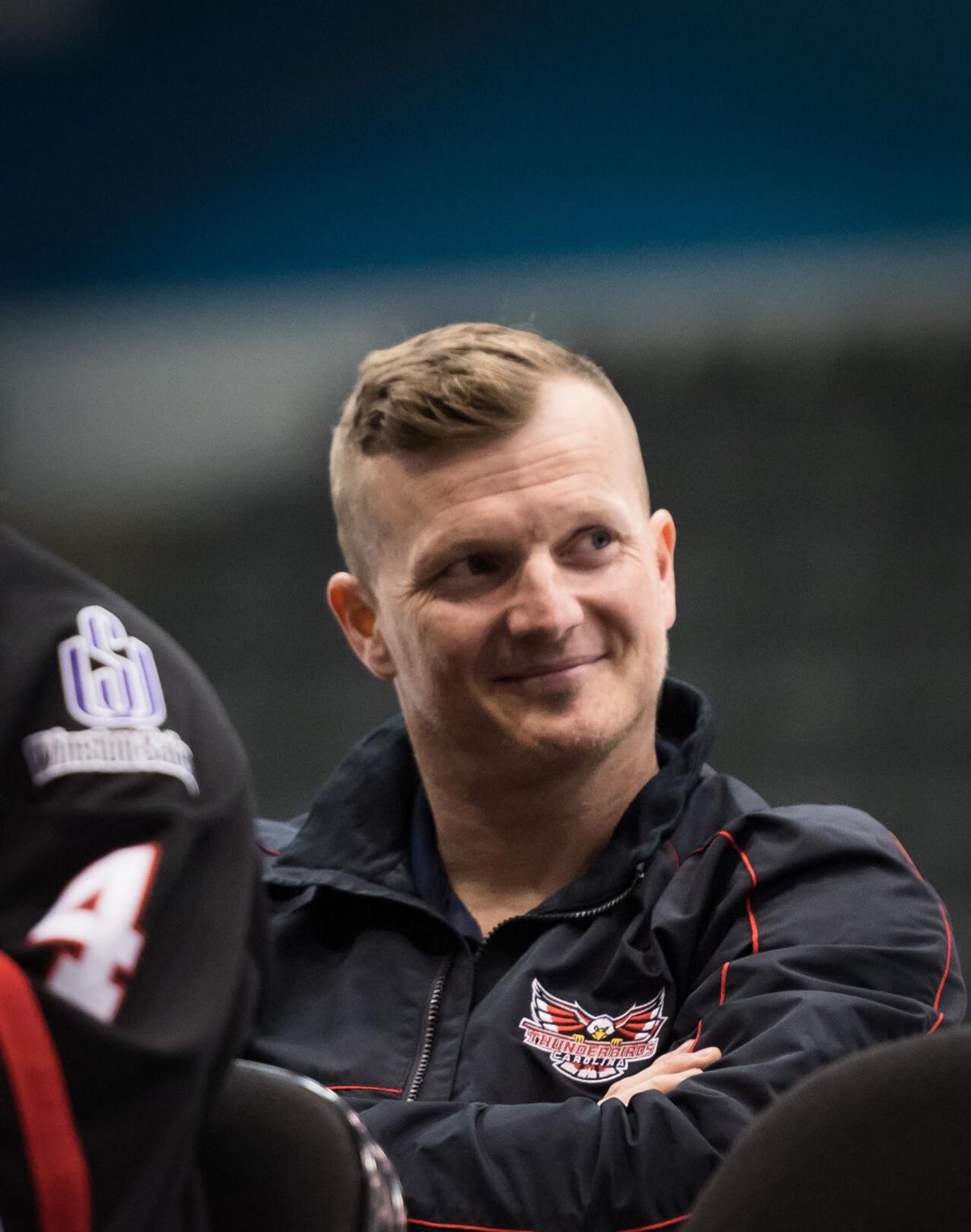 Coach Andre Niec's teams are 113-36 in his three seasons with the Carolina Thunderbirds.