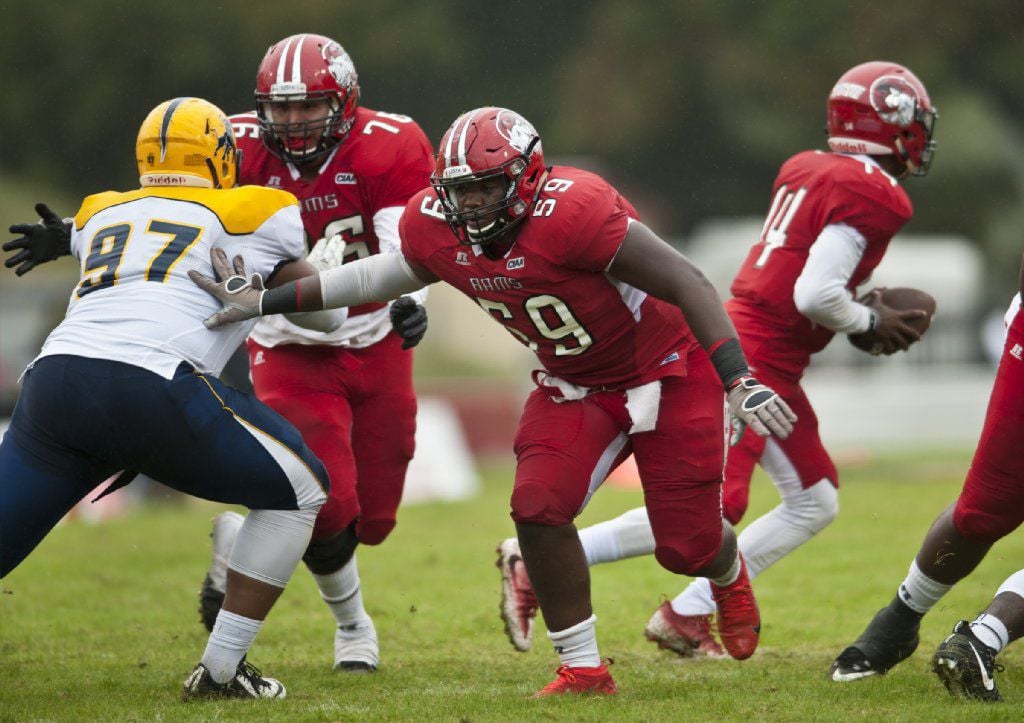 Justin Martinez (No. 76) played in eight games last season before getting injured. He’s one of two returning starters back on the offensive line. 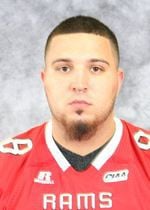 The building blocks are there.

That’s the feeling at Winston-Salem State as it tries to put together a quality, consistent offensive line.

Among the various issues that ailed the Rams last season in going 6-4, consistency on the line was one of the biggest. Injuries and attrition played a big part, but the reality is if the Rams are going to be better, the offensive line has to lead the way.

Justin Martinez, who missed two games late in the 2017 season because of a knee injury that ultimately led to surgery, has returned for his senior season and is ready to roll.

“It’s a day-by-day process,” Martinez said as practice opened this week. “We know we have to be better.”

Martinez, who transferred from Western Kentucky before last season, is 6-3 and 275 pounds, and he showed off his talents at times last season. Martinez and Deveonte Mackey, who was a preseason All-CIAA selection, are the lone returning starters from a line that allowed 10 sacks last season.

“It’s definitely a process, and we are just getting to know each other, but I like what I’ve seen from Justin and the other guys,” said Kershaw, a former offensive lineman at Virginia State in the mid-1990s.

Martinez had off-season knee surgery but says he’s 100 percent and is feeling good about the upcoming season. He hasn’t needed to wear a bulky knee brace during the early stages of practice, where the players are only wearing helmets.

The Rams are early in preseason camp and won’t be in full pads for a while.

“You really don’t see much until the pads come on and we are in full uniforms,” Martinez said. “But I like what I’ve seen and where we are going.”

One challenge ahead of the 2018 season for Kershaw is to build depth, which is hard to do on the offensive line because of the amount of injuries sustained by that unit during the long 10-game season.

Aside from Martinez and Mackey, Kershaw says Steven Perry, a transfer from N.C. Central, and Asam Asam-Obi, a transfer from Jackson State, will give the Rams experience. Isaiah McCain, a redshirt freshman from Greensboro, could also be in the mix to start, according to Kershaw.

A group of several freshman just arrived, and some of those players could break into the rotation.

Martinez says he’s already gotten to know some of the newcomers on the line.

“The young guys have to get used to this because the jump from high school to college is a big one,” Martinez said. “But a couple of the freshman linemen I’ve seen I’ve been impressed with so far.

“Some of them might actually make some plays this year.”

Boulware said before preseason camp that the offensive line needed to improve. There were times last season when it dominated opponents, but there were other times, especially late in games, when it struggled.

“That unit is so important to the offense and we have to find that balance between the run and the pass,” Boulware said. “(Quarterback) Rod Tinsley can’t be running for his life, so protecting the quarterback has to be a priority.”

With Natrone Means as offensive coordinator this year and with experienced running backs such as Kerrion Moore, Jahiz Linebarger and Farrell Muruchison, it’s a good bet WSSU will be a running team.

Martinez says it doesn’t matter if the line has to pass block or run block.

“We have to be better, and we will be,” he said. “The preseason practices are so helpful as we try to get that consistency needed to be successful.”

Back in the game: Randy Norris, a former WSSU star and High Point native, catches on with the High Point Rockers

Four other players with area ties are on opening-day roster.

Justin Martinez (No. 76) played in eight games last season before getting injured. He’s one of two returning starters back on the offensive line.